Behind the wheel of Lamborghini’s 819 hp Sián, I’m tempted to let the hybrid coupe light up the English countryside, a task for which the automaker’s fastest-ever model is perfectly suited. Perhaps too suited: Unlike some supercar competition at home in traffic-laden commutes, the Sián is nearly impossible to drive slowly. At highway speeds, its 585kW V-12 and 25kW 48-volt electric motor seem to be just waking up. It’s a car that so demands to be pushed that it should be considered a daily driver only if you work at a racetrack. And so, as quickly as a thunderbolt silencing a crowd, this electrifying model quiets any doubts about the Raging Bull’s first (and, it should be noted, tardy) production foray into hybridisation. 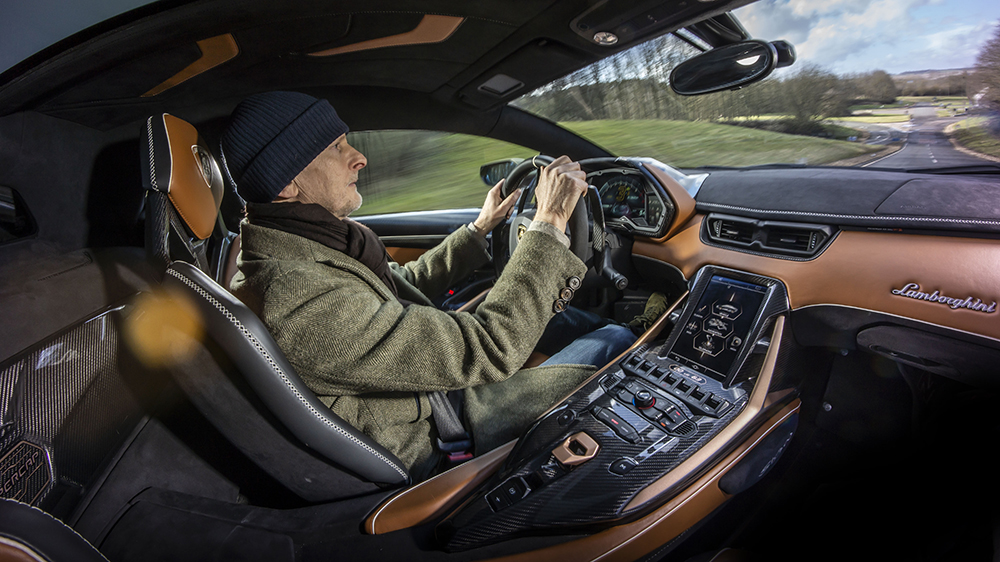 A passenger-side view of the decked-out Lamborghini Sian. Charlie Magee

In Italy’s Bolognese dialect, Sián translates to “lightning,” a nod to that electric power but equally fitting for its searing top speed of 350km/h and zero-to-100km/h sprint time of just 2.8 seconds. Compared to Lamborghini’s Aventador, which is solely reliant on 12 cylinders, the Sián’s added electric jolt is plenty noticeable. Credit also goes to the vehicle’s advanced regenerative-braking system, specifically developed for the car, which converts scrubbed speed into available power socked away in the energy-storage system until a power boost is requested via the right foot. That added dose of instant accelerative torque is available up to 130km/h, at which point the electric motor automatically disconnects.

(Get this: That e-motor is fuelled by a lightweight supercapacitor that Lamborghini claims is three times more powerful than a lithium-ion battery of the same weight, while bolstering storage capacity tenfold.) The Sián’s hair-raising performance is complemented by an equally stimulating aesthetic that offers visual overload from every angle, from its eye-popping rear wing, complete with aerodynamic air streamers, to the bright digital-instrument cluster. And the brand’s trademark hexagon shapes are sprinkled everywhere like visual Easter eggs, including the door mirrors and rear lights. Even the twin exhaust pipes are formed in a six-sided arrangement.

Like that hallmark hexahedron, the cabin feels particularly hard and angular. Those familiar with the brutalist Aventador SVJ will recognise similarly rock-hard seats as well as Lamborghini’s flip-top starter button and the well-hidden indicator and windscreen buttons. But there’s more than a hint of the iconic 1970s Countach as well, most notably in the combination of low-slung seating, high centre console and compromised rear visibility. 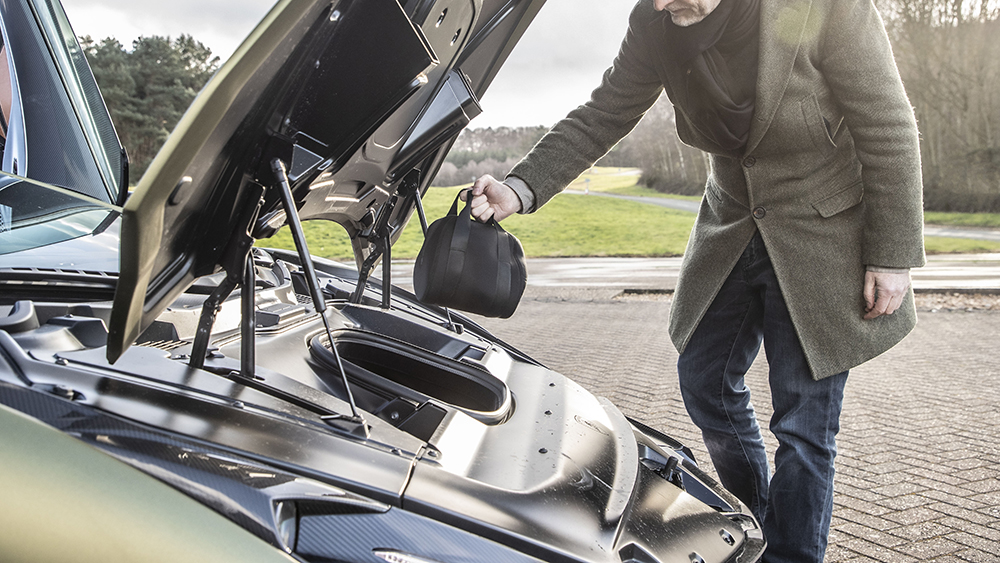 An under-the-hood view of the sports car. Charlie Magee

There is bad news: The odds of owning a Sián are about the same as catching lightning in a bottle. Of the 82 examples planned (19 roadsters and 63 coupes, figures which, taken together, are a play on the year Lamborghini was founded) all have been presold. But perhaps a trip to Italy is in order. Shortly after my drive, the model I piloted was wrapped in cotton wool and shipped to Bologna to be displayed at the Lamborghini Museum alongside madcap Lambos of yesteryear. While a museum may be an odd place to showcase the future, it might be your only chance to see a Sián in its carbon-fibre flesh. 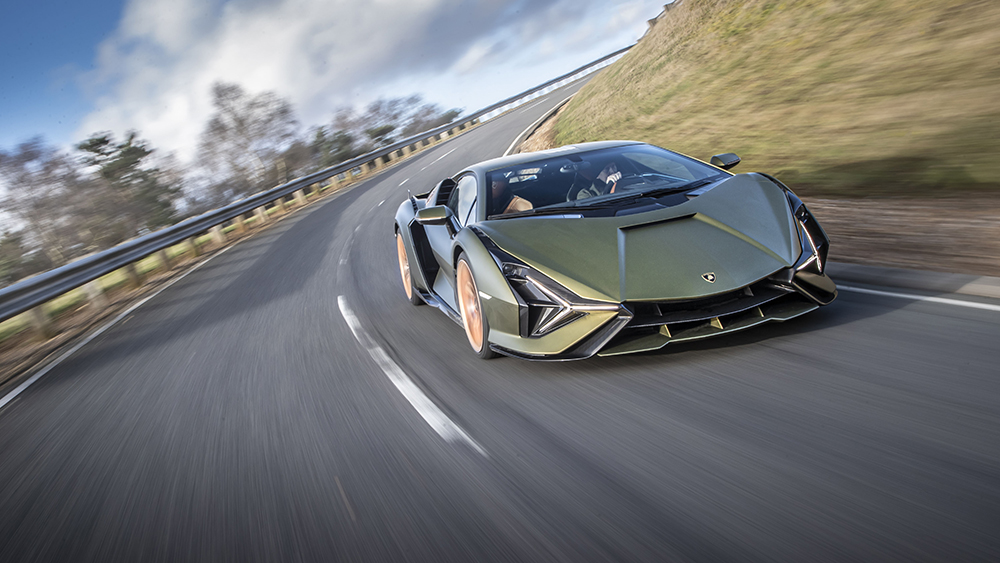