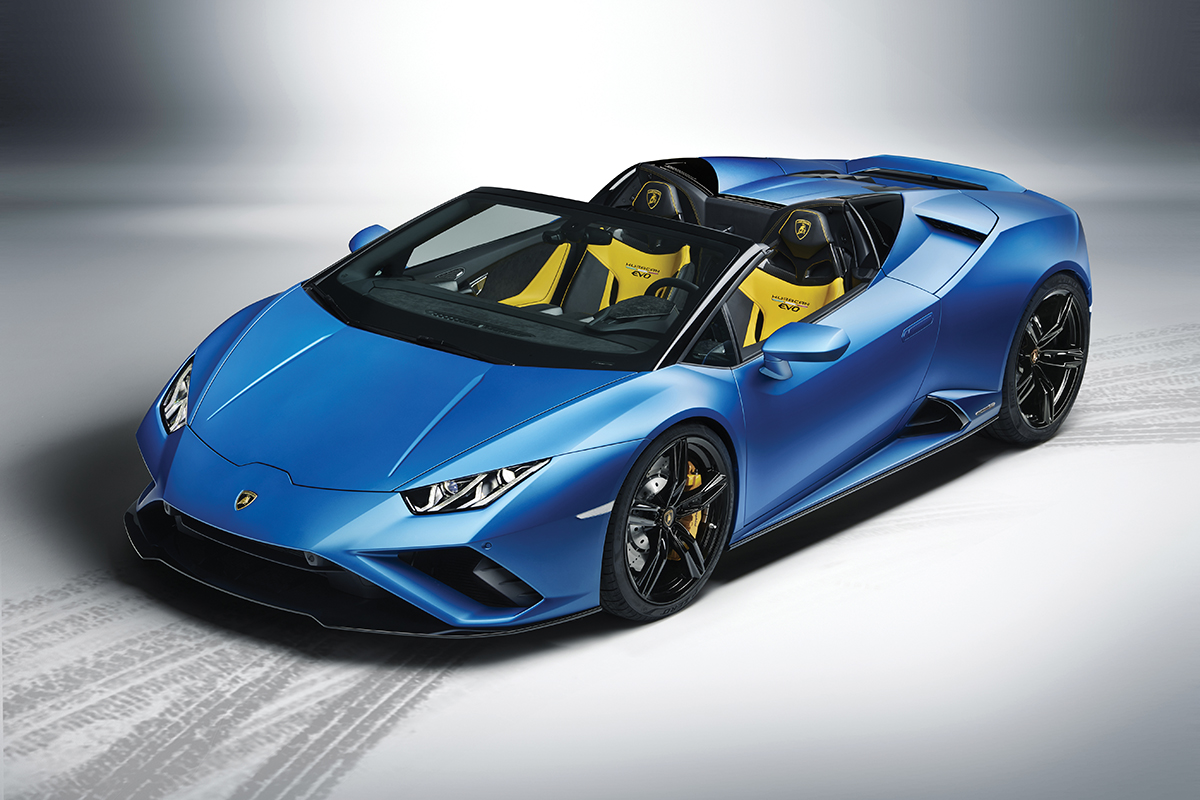 Lambo’s Huracan Evo was already a hardcore, high-end machine. Then someone decided to remove the roof…

There’s clearly a hole or, rather, the lack of a hole, in the private-jet market. Most high-speed luxury machines come with the option of being convertible—and, of course, every serious supercar comes with a topless version, too, even though this makes as much sense as buying a house with a removable roof (hang on, that might be another opportunity).

So why not a private jet with a retractable roof—to let in all that rushing wind? Sure, you might go deaf, or be sucked into space and killed, but just think of all that fresh air.

Frankly, all this seems equally possible if you choose to buy the new Lamborghini Huracan Evo Spyder, which is basically a race car—harder than nails, faster than any sense of self-preservation would allow and seemingly connecting you to the road with the kind of intimacy that borders on the uncomfortable—with a removable roof.

Now, to be clear, I dearly love the hard-top version of the Huracan Evo, a car so advanced that its suspension can read your mind and “pre-act” to what you’re about to throw at it (a system with the exciting title of Lamborghini Dinamica Veicolo Integrata). I don’t even mind that it feels like you’re sitting in something so firm it seems to be made of rocks, because the advantage of that hardcore approach is the ability to corner at outrageous speeds with incredible ease. 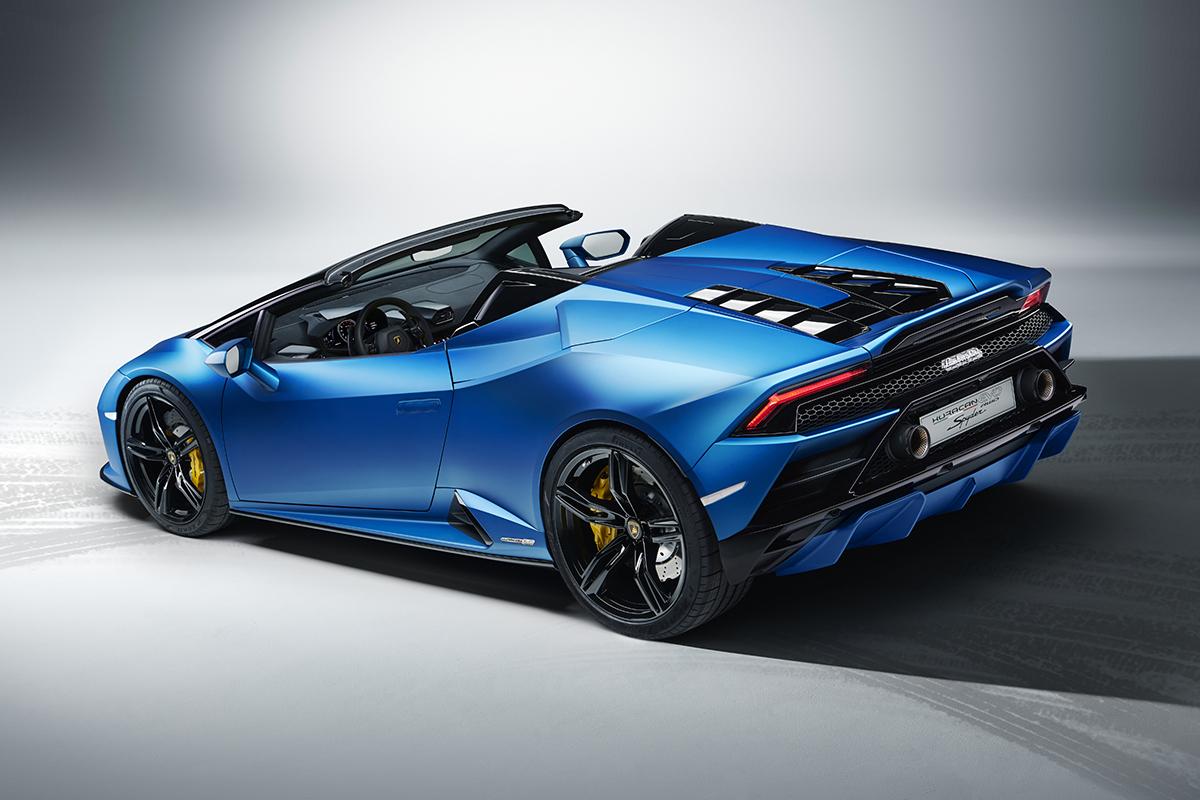 What I never thought while driving one was that it was not loud enough, nor that removing the roof to allow some extra barking madness from the exhausts into my ears would be a good idea.

Somewhere, however, there is always someone who wants a convertible version of a car like this, and Lamborghini is happy to keep supplying them (one theory about this, explained to me by a big—in every sense—supercar collector, is that vehicles with no roof are easier to squeeze yourself into).

Adding to the relative insanity of the Evo Spyder we recently plundered about local Australian roads is that it was the RWD version, meaning that its super computers were attempting the herculean task of getting 449kW to the ground through the rear wheels alone. 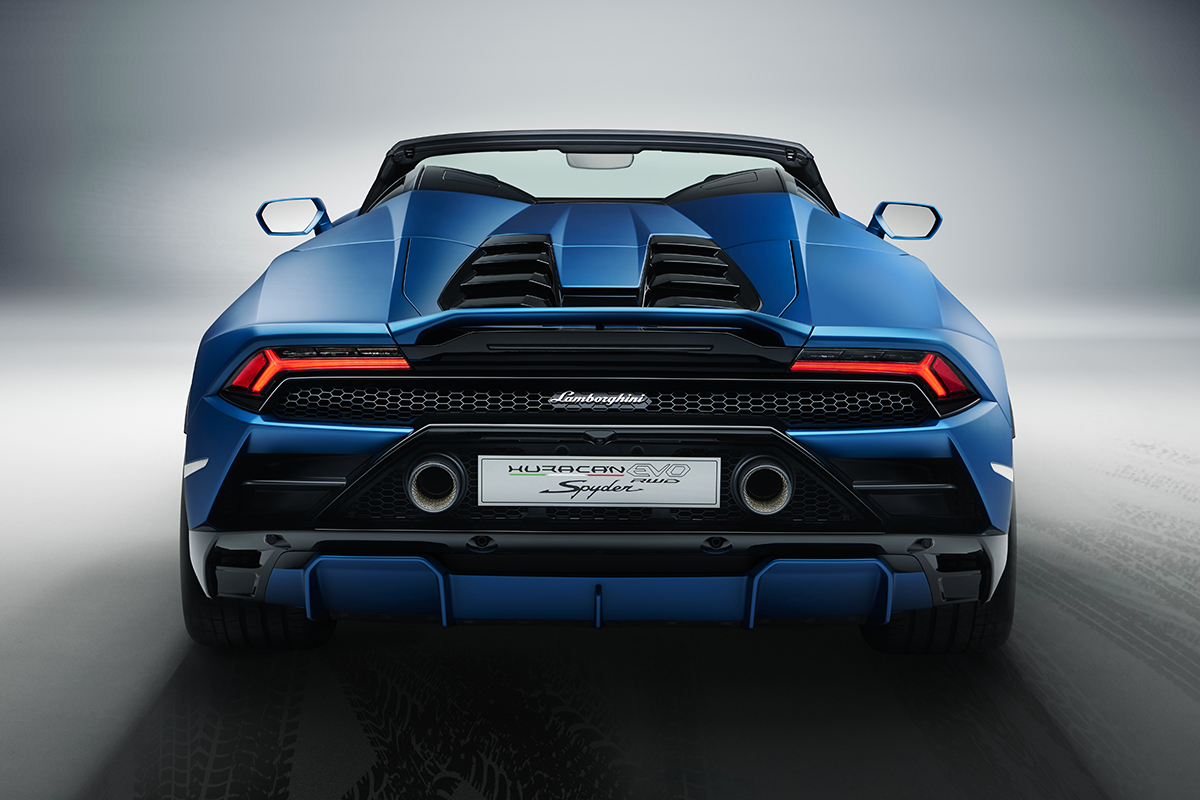 To say this made the Huracan feel lively to drive around bends is like suggesting that drinking a whole bottle of tequila would make you feel tipsy.

There’s a feeling that you’re never completely in control of a machine like this, with its staggering ability to leave one point in space and be at another, doing 200km/h, just 9.3 seconds later. An inkling that, if it felt like it, the Evo Spyder could just bite your head off, for fun.

And with the roof down, it does feel like your head might just fly off as the air pours into the cockpit and the engine roars out even more raw pace. I never once got out of it without feeling slightly deaf, yet totally invigorated, nor without staring at the Evo’s enormous brakes, and giving thanks at how many times they had saved me from launching skyward, like some kind of low-flying private jet.

Stylistically, the Huracan Evo Spyder has turned car design up to 11, with lurid paint, outrageously sporty seats—complete with what looks like an ejector-seat handle between your legs—and
gear-shift paddles that feel like they’ve been stolen off Batman’s utility belt.

There is nothing that is subtle about this $4ooK screaming convertible, but plenty that is memorable.

And while I might not personally understand the desire to go roofless at obscene speeds, I’d be completely willing to try out a convertible private jet, if anyone would like to build one.