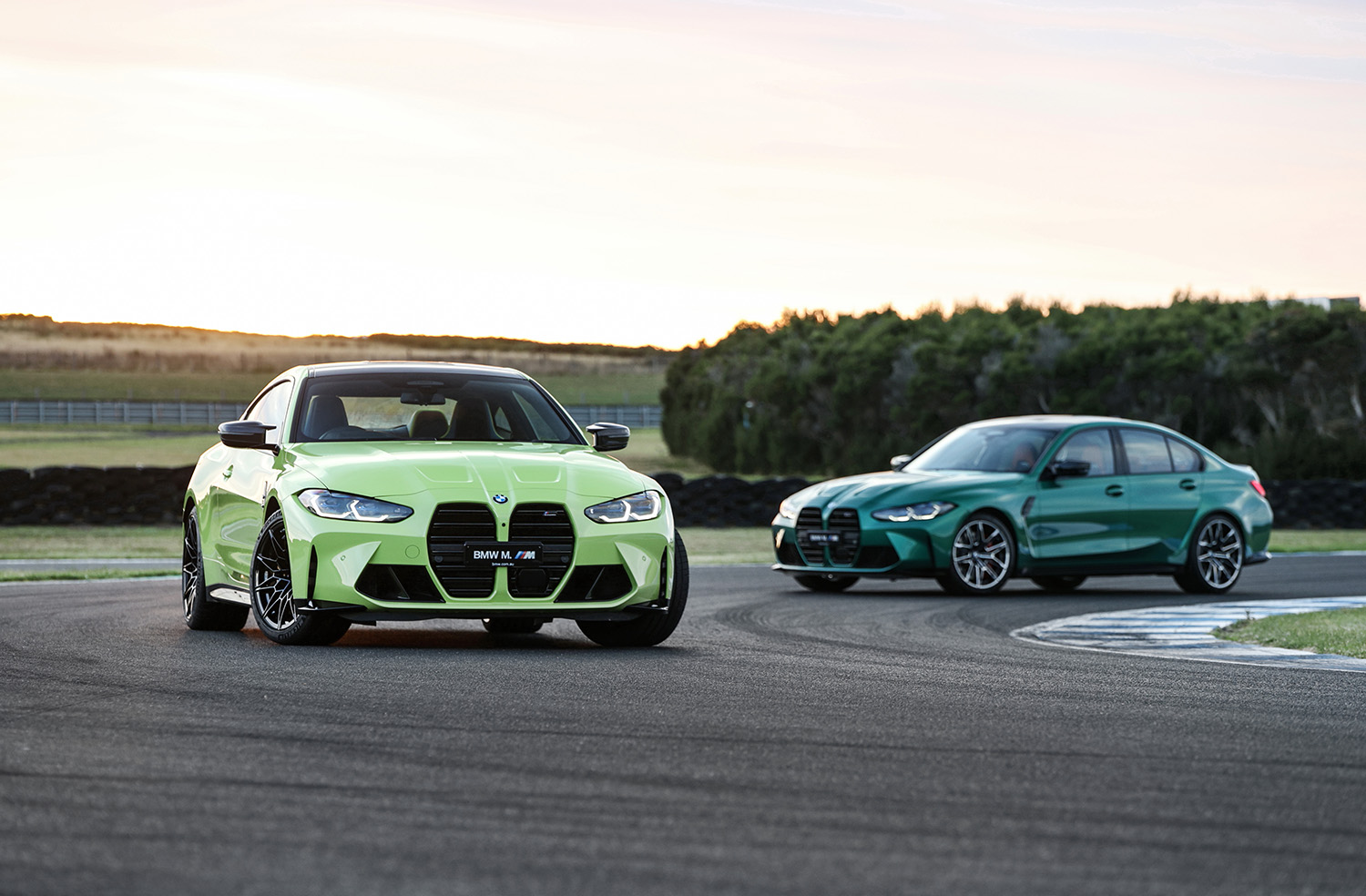 Sideways and at speed – we put the latest of BMW’s legendary Ms to the test at Phillip Island.

When it comes to alluring, high-performance cars, there’s a lot of focus on how fast they can go in a straight line, and slightly less on how swiftly they can transport you to a state of ecstasy when going around a bend.

There’s also a distinct lack of discussion about another important attribute — what they’re like to drive completely sideways on a soaked and slippy concrete surface while spinning the steering wheel like it’s a child’s toy and screaming in a mix of tangible joy and fear.

This is called ‘drifting and it’s one of the very special skills of the scintillating new BMW M3 and M4 non-identical twins.

At the recent local launch of these vehicles at Phillip Island’s shockingly quick race circuit, we were amused to discover that the BMW M3 Competition (a personal choice as it combines the practicality of a four-door family car with the purist joys of a track car; the M4 is the arguably more attractive option made slightly less useful by having two doors) is fitted with an M Drift Analyser. 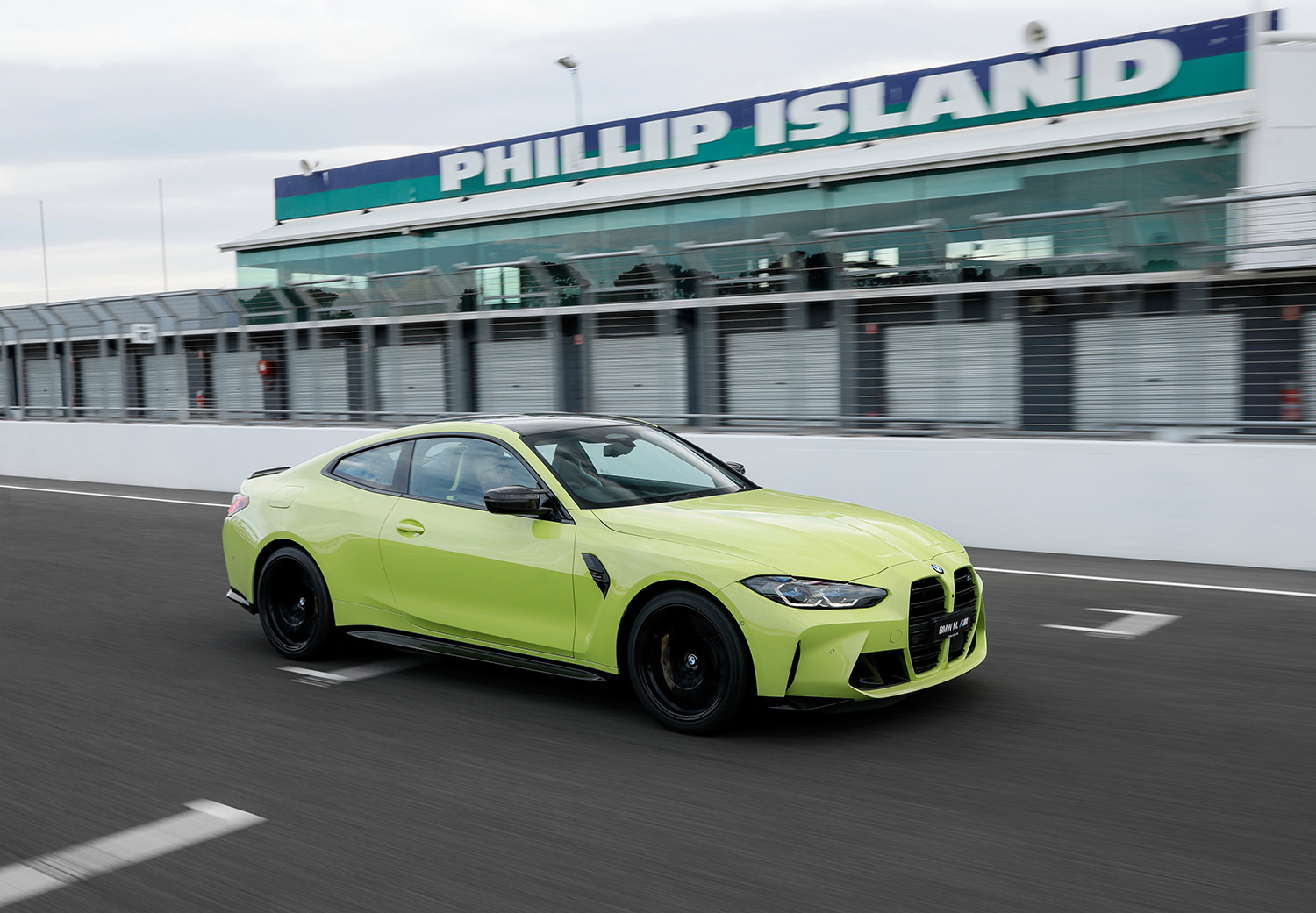 Obviously, it would be not only unwise but illegal to use this function, which completely disables the M3’s traction control (it has, unbelievably, 10 levels of traction to choose from) and allows you to pour all of its 375kW and 650Nm to its rear wheels with untrammelled enthusiasm, and lunacy.

But it does more than that, because the Drift Analyser records how far you managed to drift, how long you held the car sideways for and what angle of insanity you achieved while doing so.
It also gives you a rating out of five stars, which is measured using some algorithm known only to the mad engineering scientists at BMW’s skunkworks M division.

As educational as our drift session was, what we were really there for was to find out what the M3 and M4 were like in their more commonly recognised roles as hot-lap
heroes.

It was here that we discovered that they are very fast in a straight line – blasting from zero to 100km/h in 3.9 seconds, and also easily charging past 200, and then 240km/h – and absolutely capable of transporting a keen driver into levels of ecstasy around various bends.

Indeed, this new car – the sixth-generation of what is a legendary vehicle in motoring circles – really is another leap ahead. The new M3 is a noticeable 123mm longer and 26mm wider, giving it a better, broader stance, improved road holding and what feels very close to the perfect handling balance. 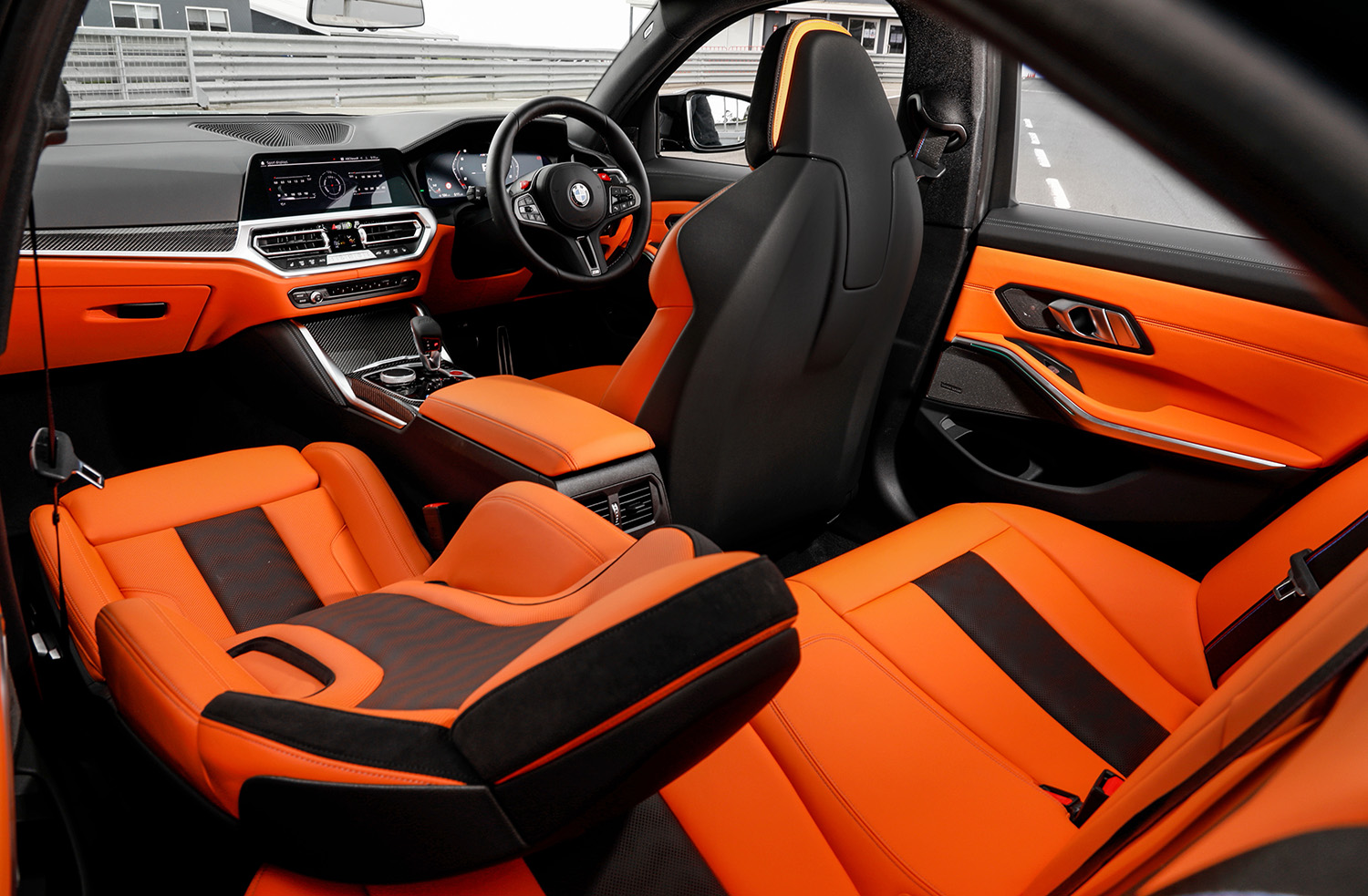 What’s also noticeable around the track is how much torque the TwinPower Turbo, 3.0-litre six-cylinder engine delivers, with the maximum 650Nm coming online just above 2000rpm, which means you can sit a gear lower than you otherwise might through the bends, and just ride all that grunt producing effortless speed.

The other option, of course, is that you can choose to go a cog lower at any point and slide your tail out of the slower bends like a rally driver. Or a drifter. Choose the right level of traction control and the M3 will let you feel like a master, before tucking you back into line ever so neatly.

Incredibly, you can also choose the kind of brake feel you like, with Comfort and Sport settings.

The eight-speed automatic gearbox is super slick and quick to use, via the most beautiful and perfectly sized carbon-fibre paddles behind the steering wheel, which also gets lashings of sexy carbon bits. 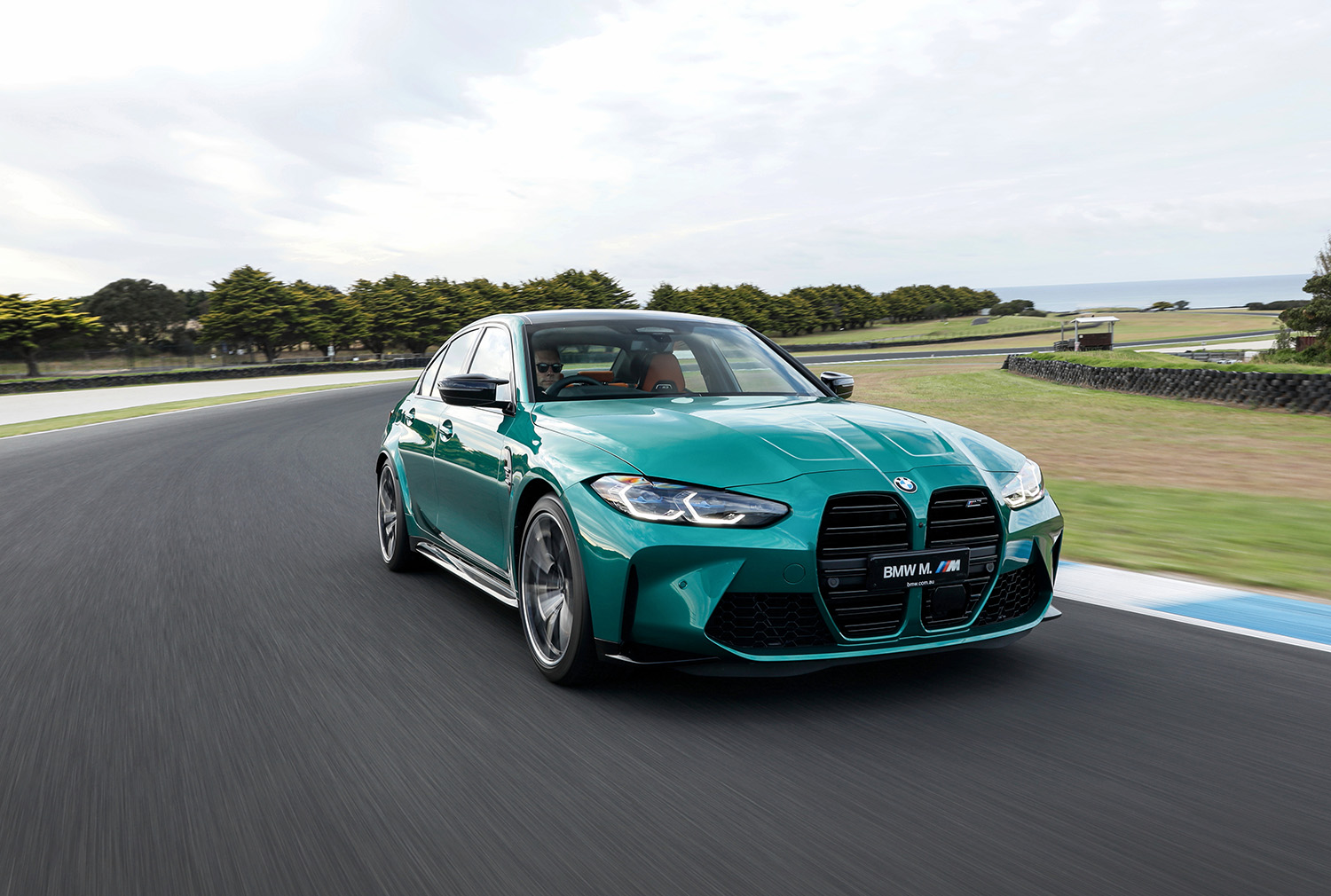 Indeed, everything about holding that steering wheel is fabulous, because it delivers such chunky, meaty and tasty feedback at all times.

Unlike its competitors in this space, BMW also offers the option of changing gears yourself in this magnificently muscular-looking machine.

Which one you choose is a matter of taste. What’s not in question is that you should definitely buy one.