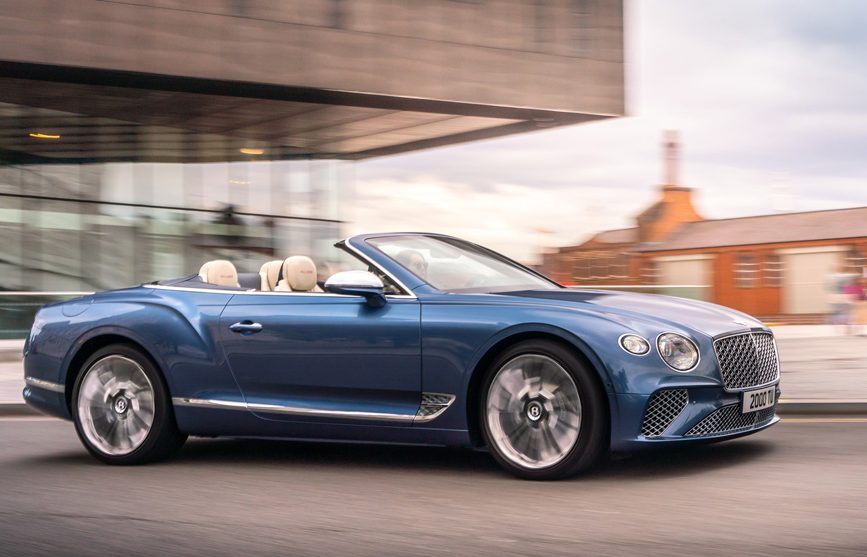 Some luxury automotive brands rely on wild paint schemes or garish aerodynamic bits to make their vehicles turn heads, but Bentley tends to take a different approach. Thanks in part to its flowing shape, substantial footprint and impeccable fit and finish, the Bentley Continental, for example, has always had a commanding presence regardless of specification. But that built-in poise also creates a challenge for those who want even more exclusivity: If the standard car is inherently special, where do you go from there?

The British marque’s answer is the Mulliner. Now positioned at the top of the Continental range, the Bentley Continental GTC Mulliner is, ostensibly, a collection of the greatest hits from the options sheet paired with an array of elements from Bentley’s in-house coachbuilder which add an extra layer of personalisation. Although these upgrades don’t reinvent the two-door model, they enhance the experience through subtle, strategic alterations that bring a new sense of occasion to the convertible, in turn catering to buyers who are on the hunt for something above and beyond Bentley’s standard offerings. 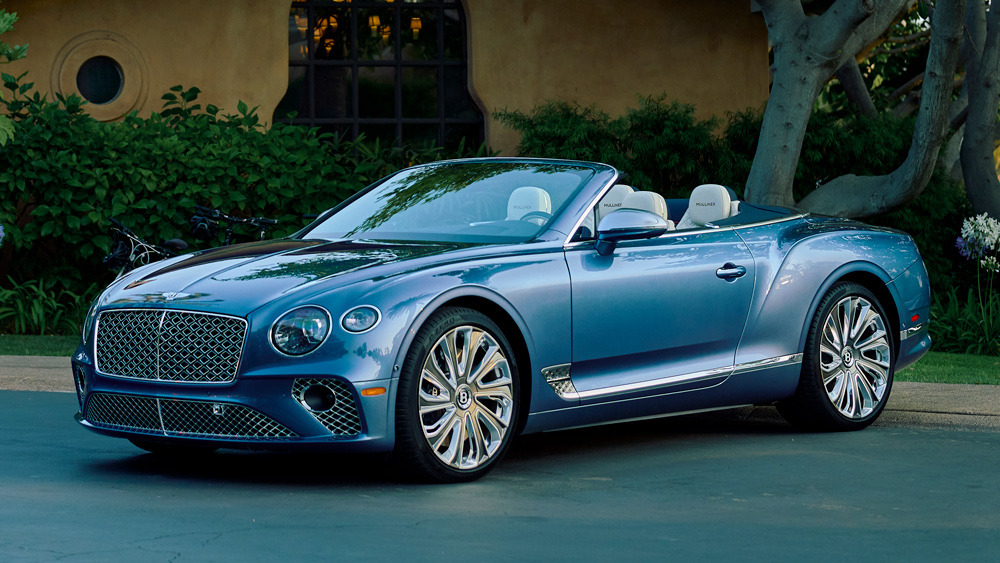 The new eye candy is evident at a glance, but it’s not over the top. It starts with the exclusive “Double Diamond” front grille, which sets the overall theme for the Mulliner package, and it extends to details like the Mulliner-branded side vents and Double Diamond tonneau cover. The unique 22-inch wheels might be the most compelling exterior element, however; the painted and polished ten-spoke design features floating self-levelling centre caps so the Bentley logo stays upright as the wheel rotates. 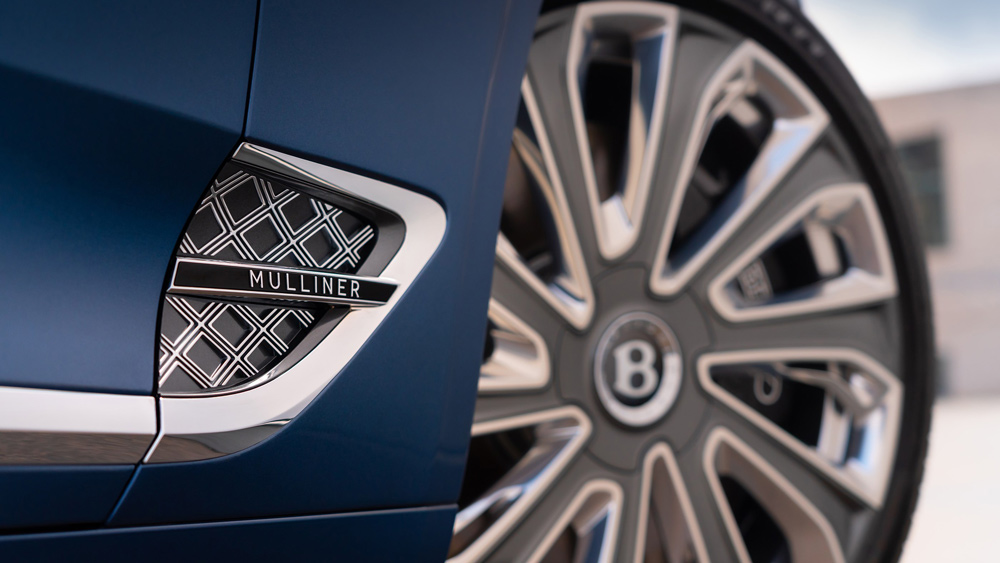 Mulliner-branded side vents are fronted by the car’s painted and polished ten-spoke 22-inch wheels. Photo: Courtesy of Bentley Motors Limited.

The cabin, however, is where the Mulliner really sets itself apart from the rest of the Continental lineup. A total of eight three-colour combinations are on offer in Mulliner spec, each of which includes a distinctive accent line that weaves its way throughout the interior. The diamond theme continues not only on the hand-stitched seats and patterned door inserts, but also on the digital-gauge cluster and textured centre console, the latter of which required Bentley’s first use of a multi-machined panel process in order to create the desired result. 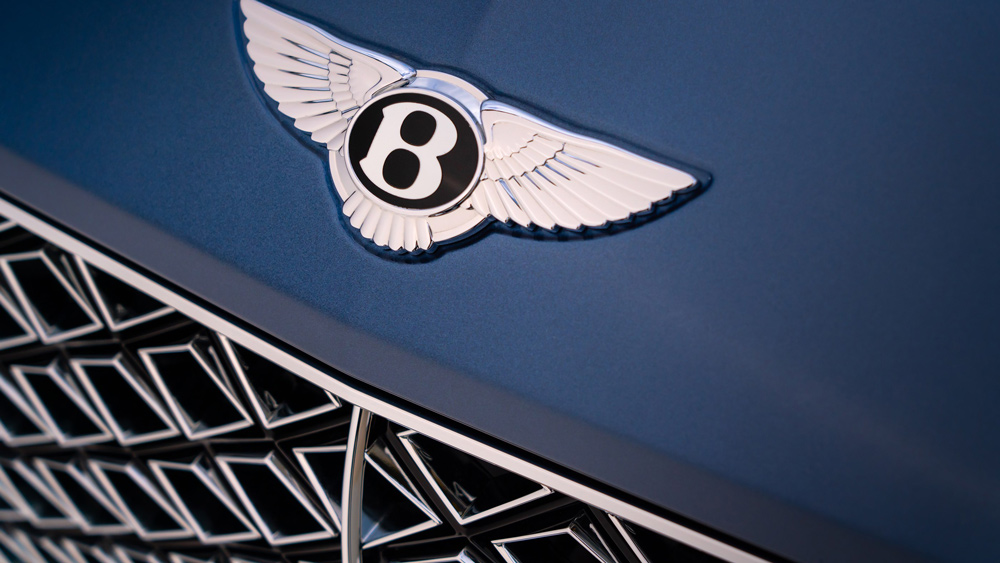 The Mulliner variant is mechanically identical to the base Continental GTC, but there’s still plenty that impresses from a dynamic standpoint. Although the twin-turbocharged 6.0-litre W-12 engine is due to become exclusive to the Continental Speed as of next year, the 2021 Continental Mulliner can still be outfitted with the automaker’s 466W, twelve-cylinder hammer, as my tester is. 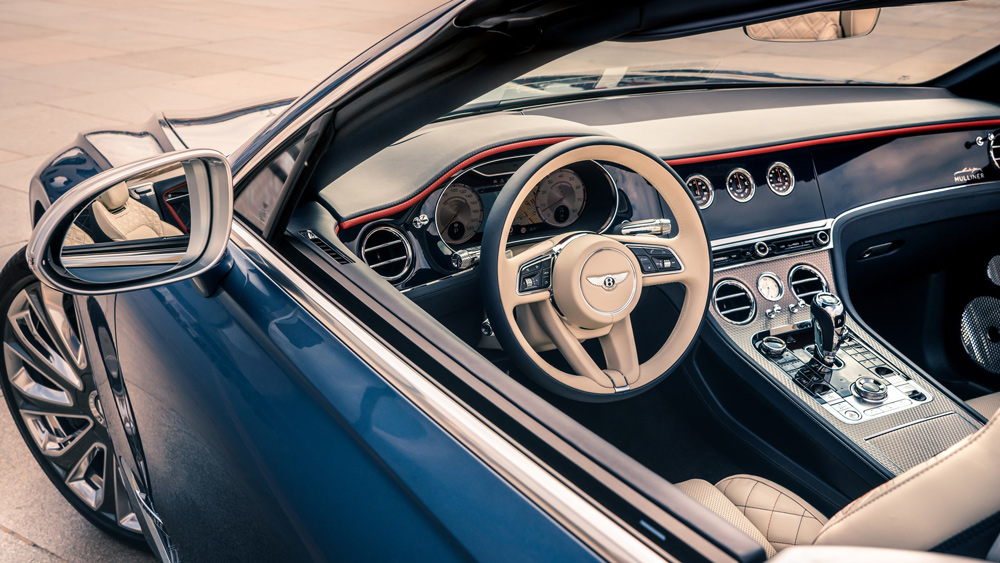 For the interior, eight three-colour combinations are on offer in Mulliner spec, each of which includes a distinctive accent line that is woven throughout. Photo: Courtesy of Bentley Motors Limited.

The power plant lacks some of the aural character provided by the V-8—remember, this is a W-12, not a V-12, so the firing order (and in turn, engine tone) is similar to a conventional V-6—but the boosted mill shoves this drop-top forward with such a massive wave of torque that it can be physically difficult to keep your foot matted to the floor. And with near-seamless shifts from the PDK-derived gearbox, the power train allows this 2400kg beauty to sprint from zero to 100km/h in less than 4 seconds. 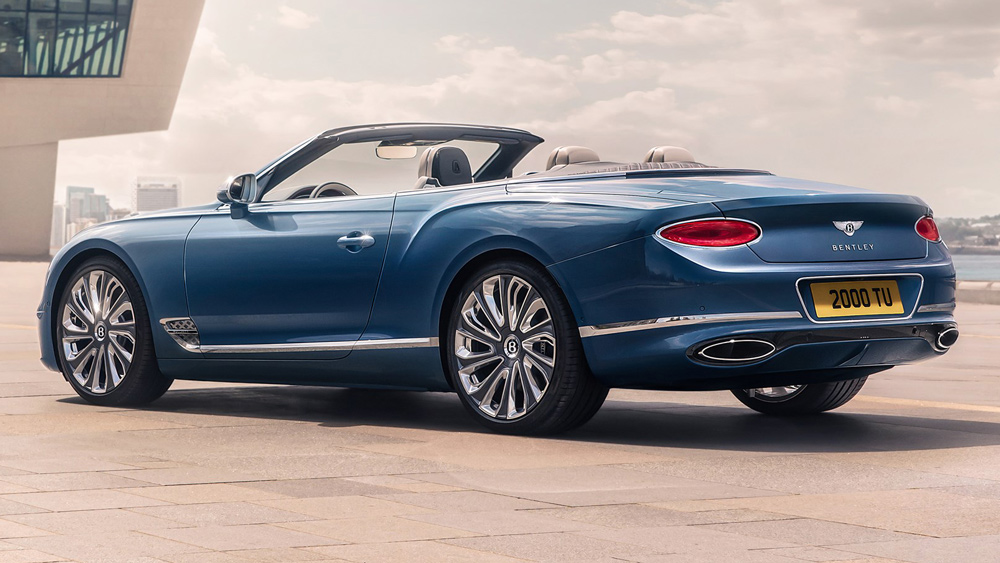 Carrying a twin-turbocharged 6.0-litre W-12 engine, the Mulliner variant is mechanically identical to the base Continental GTC. Photo: Courtesy of Bentley Motors Limited.

Yet performance isn’t the Continental GTC Mulliner’s raison d’être, but an elegant ride experience, both for passengers and pilot. With the drive mode set to Comfort, the Mulliner’s air suspension floats over the most pockmarked pavement in Los Angeles like a 1959 Eldorado, which is especially noteworthy considering the massive wheels and low-profile Pirelli P Zero tires that the Mulliner wears. Sport mode will curtail body motion and ratchet up response for a spirited hustle down a good canyon road, but this Continental ultimately seems most content in its default “Bentley” setting, which strikes a balance between the two. 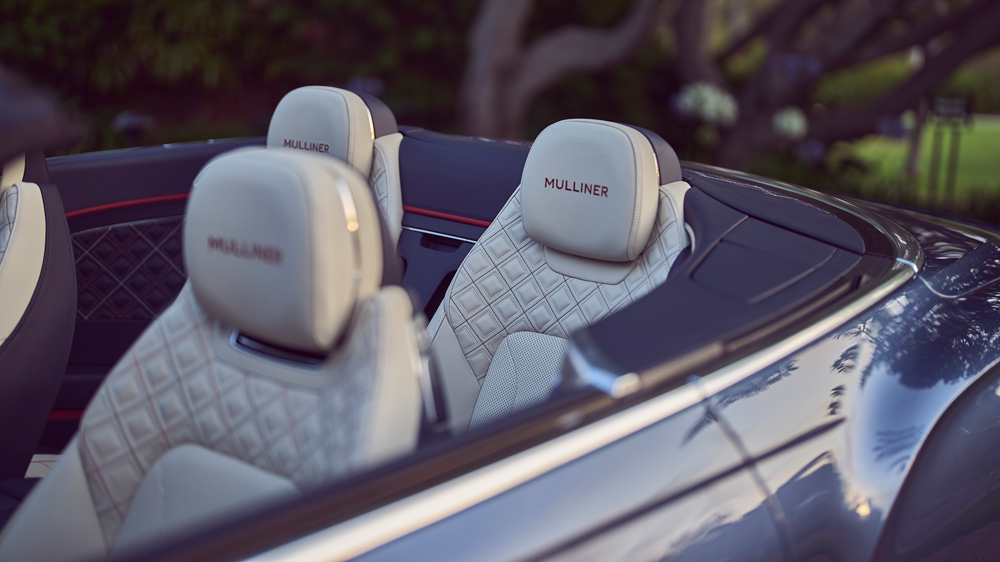 The Mulliner specification is loaded with otherwise optional upgrades, but there are a few curious omissions from the package, and the sound system by Naim Audio is one of them. Don’t get me wrong, the Bang & Olufsen system outfitted to this particular example sounds fine—itself an optional upgrade over the standard stereo—but the top-tier Naim configuration provides some of the best sounding audio I’ve heard anywhere, in a car or otherwise. It’s been a standout feature in every Bentley I’ve ever driven that’s had it, and it stands to reason that it should be standard equipment on a halo model like this one. Surprisingly, it isn’t. 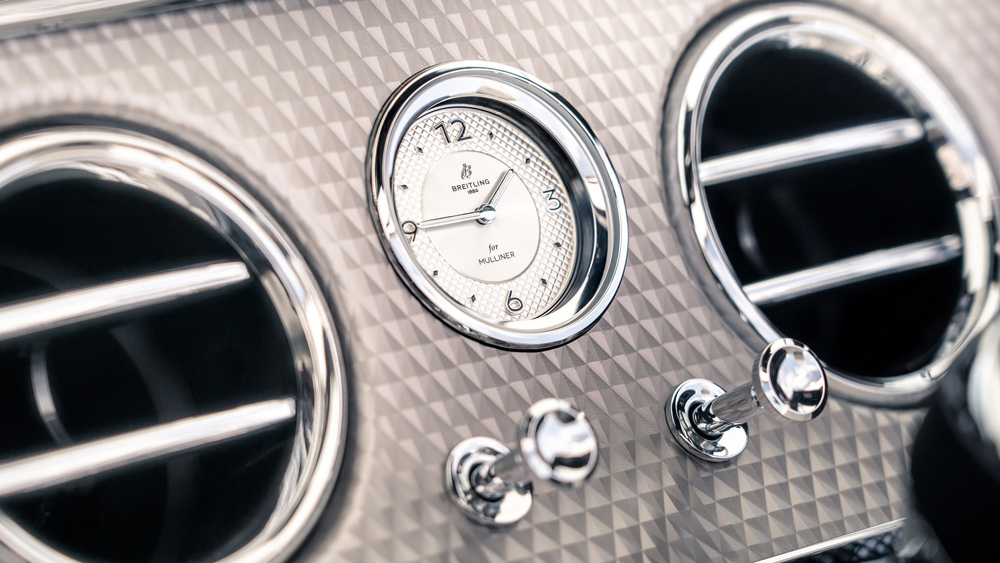 The diamond motif continues on the dash. Photo: Courtesy of Bentley Motors Limited.

Audio aside, the Continental GTC is the sort of car that justifies its asking price by over-achieving in just about every measurable way without shouting about it. In Mulliner specification, that experience is augmented by exquisite craftsmanship and sophisticated stylistic flourishes, which add distinct character without losing sight of the larger plot. Simply put, the Continental GTC Mulliner is grand touring on an even grander scale.