We now understand why it’s an official safety car for Formula 1.

No doubt, the Aston Martin Vantage F1 Edition is an uncommonly fast car. But when an Aston Martin Valkyrie fills my mirrors, its 11,000 rpm Cosworth V-12 buzzing like an angry hornet, it’s time to admit defeat. Accelerating onto the main straight, I hug the inside of the Silverstone circuit as the prototype hypercar screams past, a blur of heat haze and dazzling red camouflage wrap. That showed me.

Available as a coupe or roadster, the new Vantage F1 Edition celebrates Aston Martin’s return to Formula 1 racing after more than 60 years. It’s also an official Formula 1 safety car for the 2021 season, sharing duties with the Mercedes-AMG GT R. My drive takes place the day after Sebastian Vettel scores Aston’s first podium, finishing second in the Azerbaijan Grand Prix. The Valkyrie development engineers watching from the pit wall seem in a buoyant mood.

Before we get to the finer points of skidding around in a supercar, let’s rewind a few hours. I collect the Vantage, plus an extra-large cup of breakfast tea, from Caffeine and Machine. As its name suggests, this wonderful English country pub takes the Cars and Coffee concept and runs with it. Even on a Monday morning, its busy parking lot contains a Jaguar XJ220, a BMW M3 CSL, a Ferrari F12 and a Chevy Impala SS lowrider. Despite strong competition, however, the Aston Martin has already drawn a curious crowd. 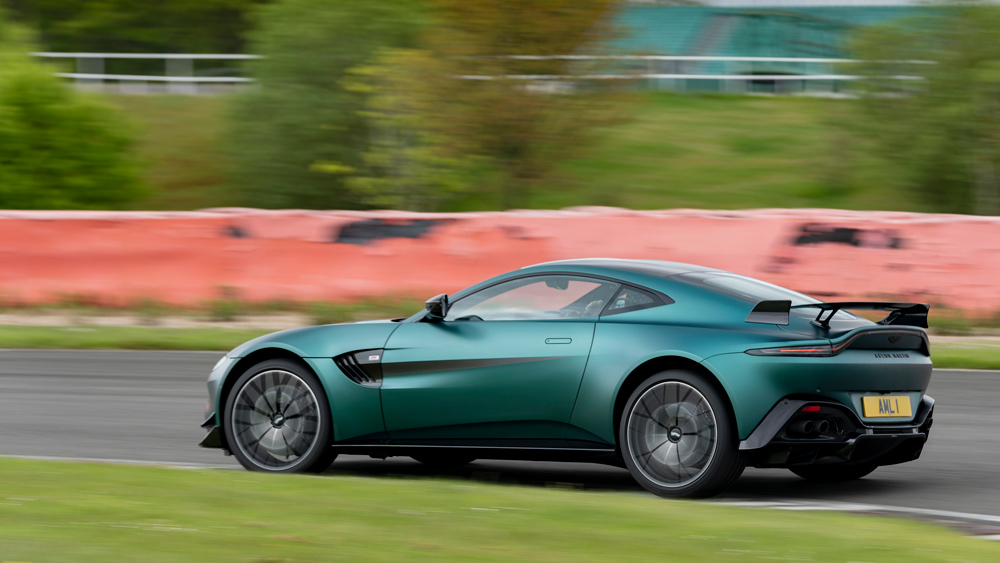 The “AML 1” license plate probably helps. It’s been worn by many Aston Martin press cars over the years, from the “wedge” Lagonda to the One-77, but the F1 Edition packs plenty of presence in its own right. You can’t miss that massive fixed rear wing, while a full-width splitter and dive planes add aggression to the front end. Larger 21-inch wheels, racing stripes and optional satin green paint—the same shade as Vettel’s company car—also set the flagship Vantage apart. 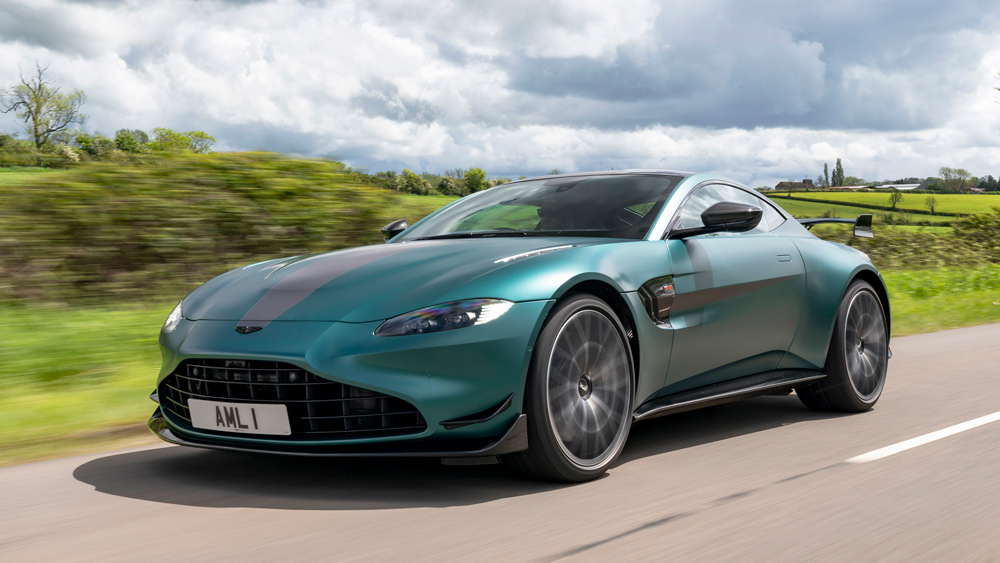 The aero tweaks boost downforce by 200kg at 313km/h, helping this safety car stay ahead of the F1 pack. Its 4.0-litre twin-turbo V-8 gains 18kW for 398kW  in total, while the eight-speed automatic transmission has a torque-cut function for sharper upshifts. Further modifications include a stiffer chassis, recalibrated steering and firmer rear springs. The aim, says new Aston Martin boss Tobias Moers, was to ensure “gains in performance came via genuine improvements in the car’s dynamics, and not by fitting track-optimised tyres.” 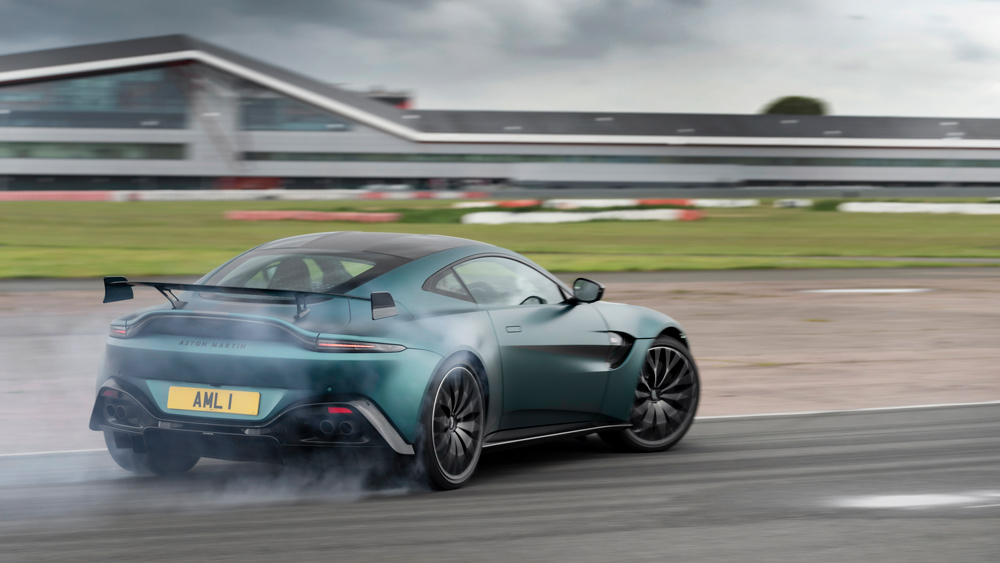 Inside, the dashboard looks cluttered and its hand-me-down Mercedes media system already felt dated when the Vantage was launched in 2018. Step out of a 992 Carrera and it’s like trading your iPhone for a Nokia 3310. On the plus side, the leather is beautiful and bountiful, and the low-slung driving position feels spot-on. There’s also more luggage space than mid-engined rivals: a large shelf behind the two seats and a 348 litre trunk. 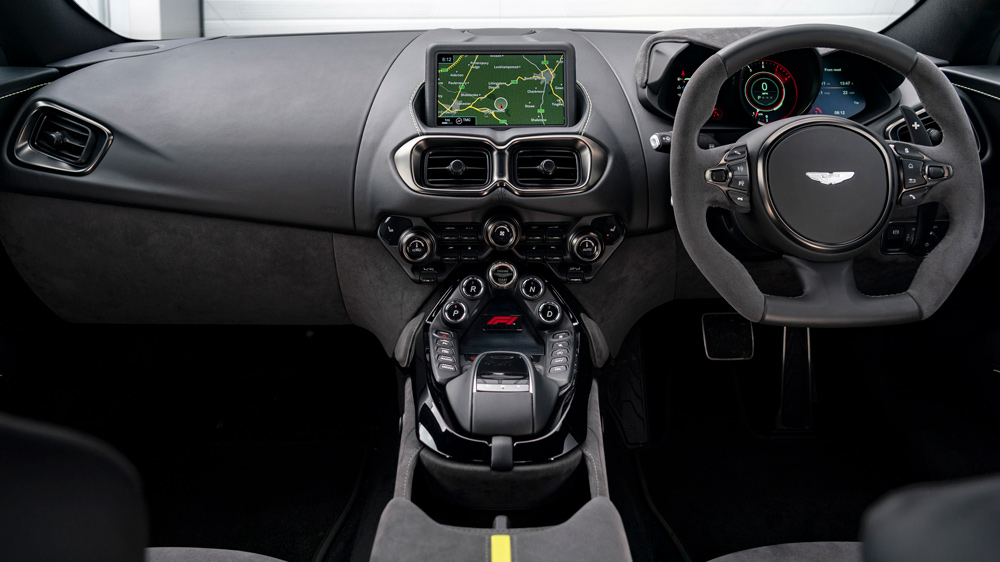 Besides, you’ll forgive the Aston almost anything when that brawny hot-vee engine—shared, ironically enough, with the AMG GT—barks to life. This might be a track-focused supercar, but it rumbles like old-school Detroit muscle: a metronomic throb that swells to a full-bodied and furious roar. Zero to 100km/h takes 3.5 seconds, 0.1 seconds swifter than the stock version. A substantially quicker Nürburgring lap-time is also promised. 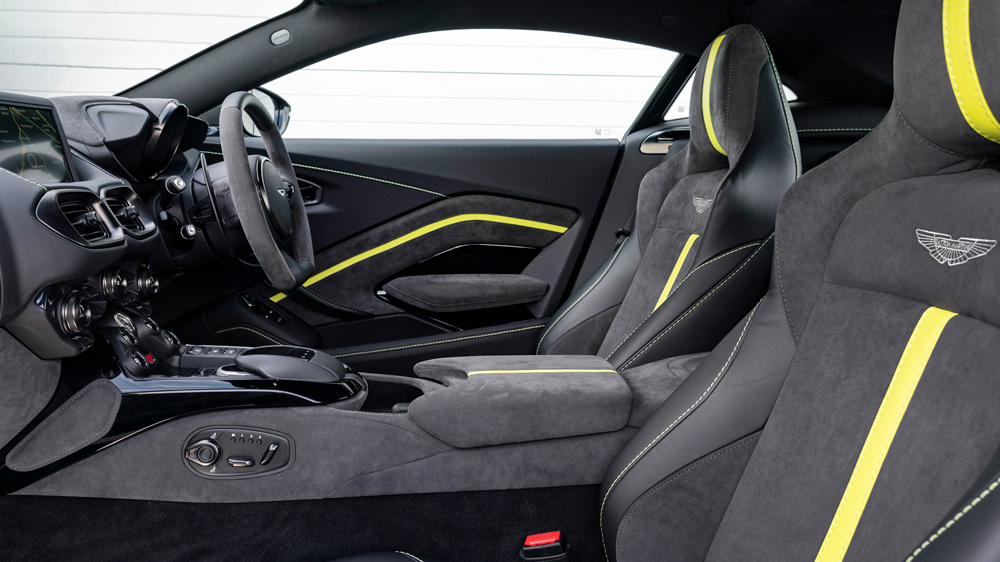 That said, the Vantage has always had a long-striding, GT-car side to its personality, and the F1 Edition doesn’t adjust the balance too far. Its torque-rich V-8 pulls effortlessly and cruises quietly, while ride quality is firm but brilliantly damped. Only when you select Sport Plus mode does the car tense and rise up on its toes, the exhaust baffles opening so every downshift thuds like artillery fire.

Carving through narrow lanes that crisscross England’s Oxfordshire countryside, the F1 Edition easily finds its flow. The hand of Aston’s handling guru, Matt Becker—who honed his craft over 26 years at Lotus—is very much in evidence here. There’s lively feedback through the squared-off steering wheel, plus an unflappable sense of balance that you quickly start to probe and exploit. Probably best we head for the racetrack. 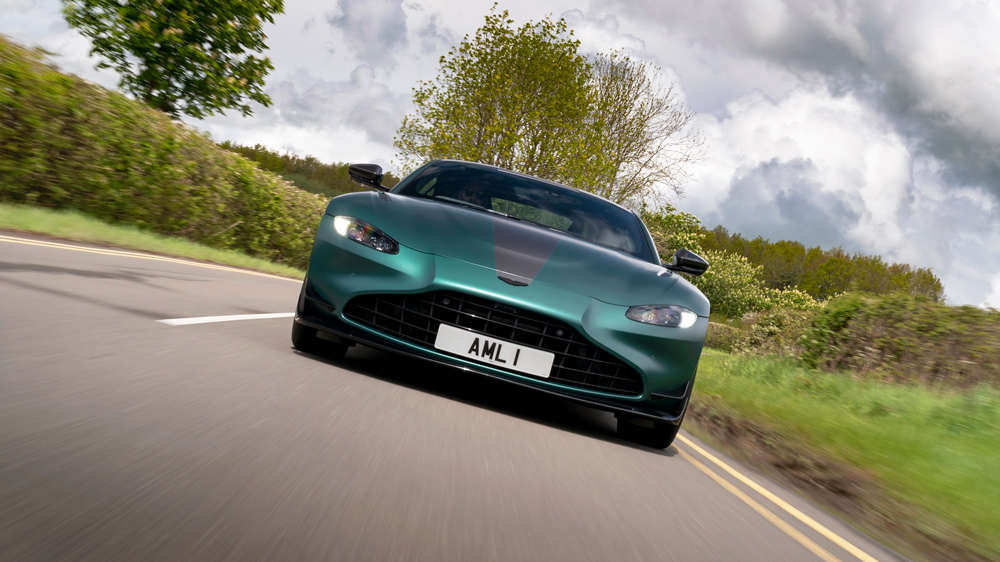 Aston Martin’s go-faster skunkworks is located next to Silverstone’s inner Stowe circuit. Its many garages are a hive of quiet activity, shattered by the unholy howl of the Valkyrie as it heads out for another shakedown. “Don’t worry about him, he’ll look out for you,” crackles a voice over the radio as I switch both dampers and drivetrain into Track mode, then exit the pit lane. Let’s hope so.

The F1 Edition isn’t as laser-focused as a 911 GT3 or McLaren 620R, nor is it unruly or unpredictable. Its bespoke Pirelli P-Zero tyres grip hard, then break away progressively as the car edges into playful oversteer. The optional carbon-ceramic brakes feel mighty and the big-lunged engine just keeps on pulling. It’s great fun and, rampaging Valkyrie aside, far less intimidating than a hotted-up supercar has any right to be. A twin-clutch gearbox might enhance the experience, but the full-bore wallop of the ZF auto has a certain savage charm. 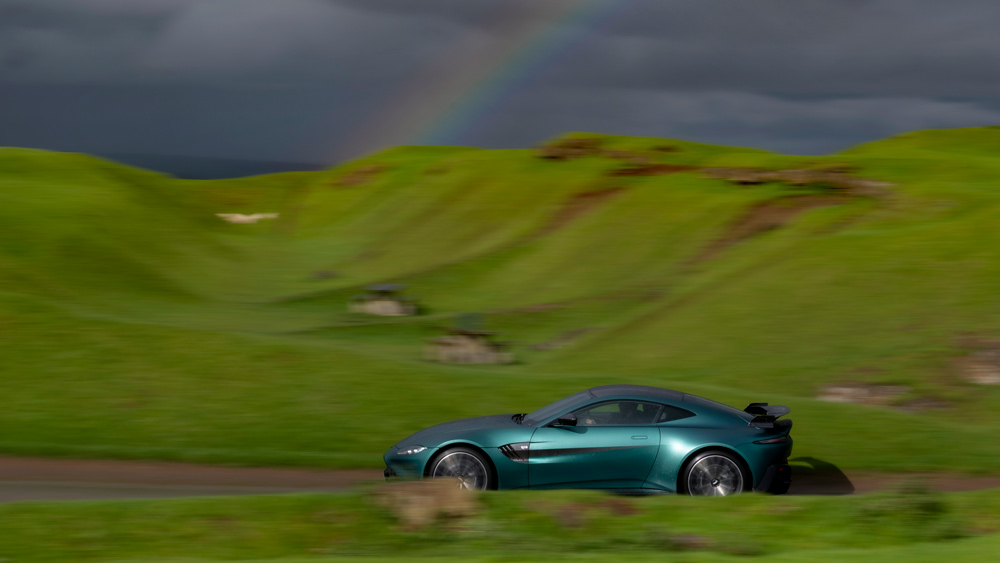 Aston Martin is a marque you can’t help rooting for, a British institution even cooler than 007 himself (there, I almost made it without mentioning James Bond). Patriotism aside, the slow-selling Vantage is a car that deserves more success. It combines GT comfort and track-honed agility like little else, the F1 Edition still more so. Look out for it next time a Formula 1 race comes to a screeching halt. Just like at Silverstone, it’ll be the slowest car on the track.