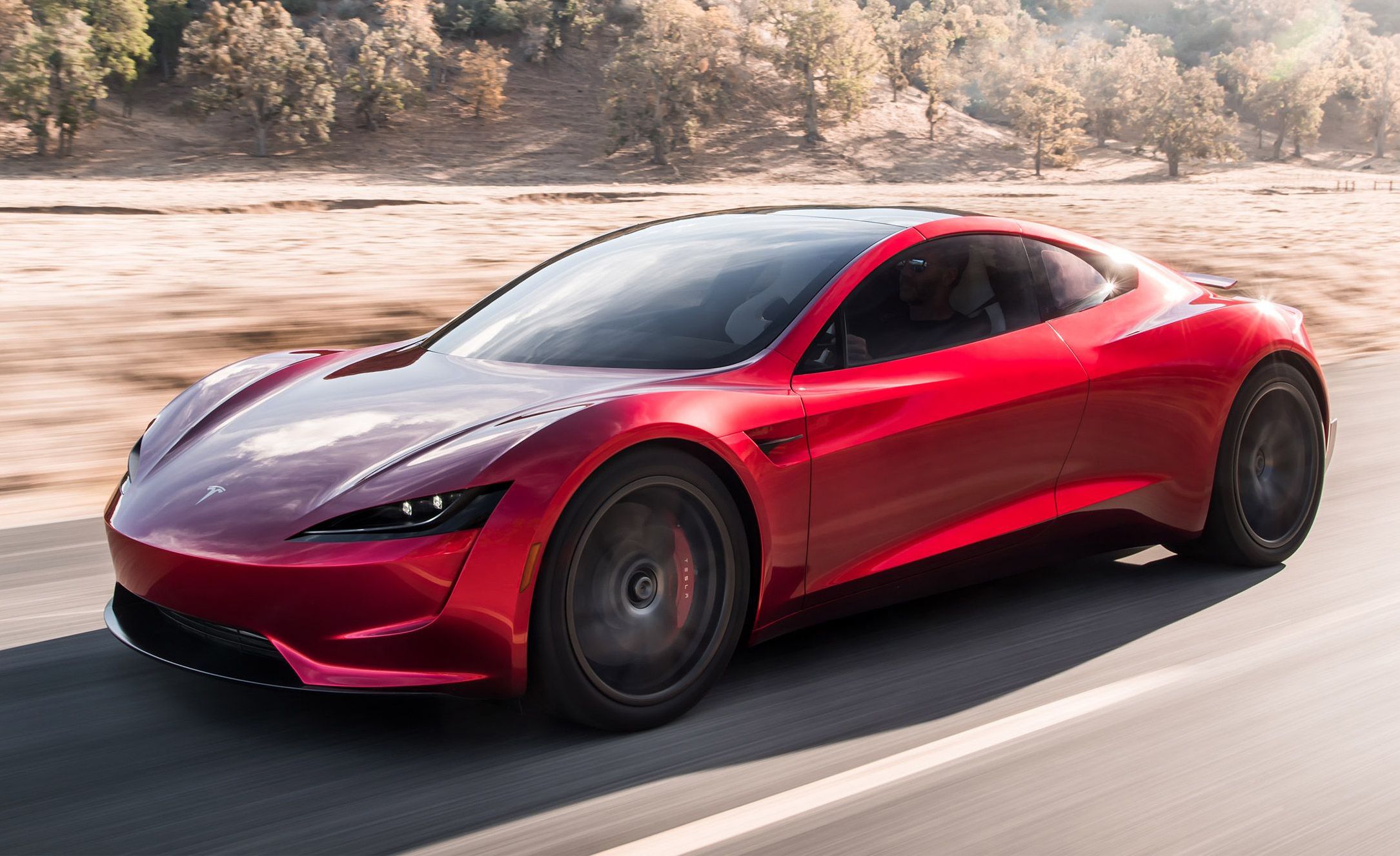 Robb Read: How Fast Is Too Fast?

As electric vehicles explore whole new worlds of acceleration, we ask if too much speed is ever more than enough?

Imagine the deep, soul-hurting horror felt by those passionate Italians who work at Lamborghini when they realised that a prat-ish, brat-ish boy wonder in the US had them beaten. And not just Elon Musk and his Teslas, but every other company—including their sworn enemies at Porsche— that has decided to take electric propulsion seriously as a way of motivating super-sporty cars.

The Italians were proud, too proud to shift away from screaming V10s and bellowing V12 engines, and overly confident that there was still no replacement for displacement. But when they looked upon the data over the past few years, they saw that the ability of EVs to deliver 100 per cent of torque from zero rpm would give them the ability to set 0-100 km/h times never before imagined, and they decided, very quickly, that they didn’t want to speak about such things any more.

Robb Report, however, was recently allowed to put some questions to Francesco Scardaoni, Lamborghini’s Asia Pacific boss, at the launch of the company’s ferocious new Huracan STO, effectively a race car with number plates on it. It’s pretty quick, this thing, with a 0-100 km/h time of three seconds flat (only a few years ago, a Lamborghini engineer told me that three seconds was the limit for supercars, because no more performance than that could be achieved on street-legal tyres).

The problem is that Musk had recently announced his silly-sounding Model S Plaid EV would do the same dash in a staggering 1.9 seconds. Which, quite frankly, embarrasses every car Lamborghini has ever made, and probably everything it has on the drawing board, too. It should not have been surprising, then, that we were advised not to ask any questions about electric cars. So we asked anyway, and Scardaoni informed us that 0-100 km/h times are “not important anymore”.

“The main parameters of measuring performance on super sport cars has been changing over many years,” Scardaoni insisted. “Ten years ago, we would say top speed, acceleration and handling, then top speed became a separate parameter, acceleration was the big one, but now, with the introduction of electrification, it’s not so important. It’s quite easy for those kind of power units to have amazing results in terms of acceleration.”

Ouch. You could really tell that hurt to admit, but he ploughed on nevertheless, telling us that, “handling is the top, number-one priority for super sport cars”, and suggesting that EVs are all too heavy to corner properly.

Handily, handling is also an immeasurable quality, unlike drag-strip times. And speaking of drag strips, it turns out that they are—with their super-sticky surfaces and controlled conditions—the only place Tesla’s Plaid will get anywhere near that claimed 1.9-second time. Tesla reckons most of its buyers will have access to drag strips, so it’s okay for them to postulate that as an achievable figure.

Regardless of where you drive it, however, the new Tesla can achieve 0-100 sprints in quite close to two seconds, and it really is hard to express just how fast that is. 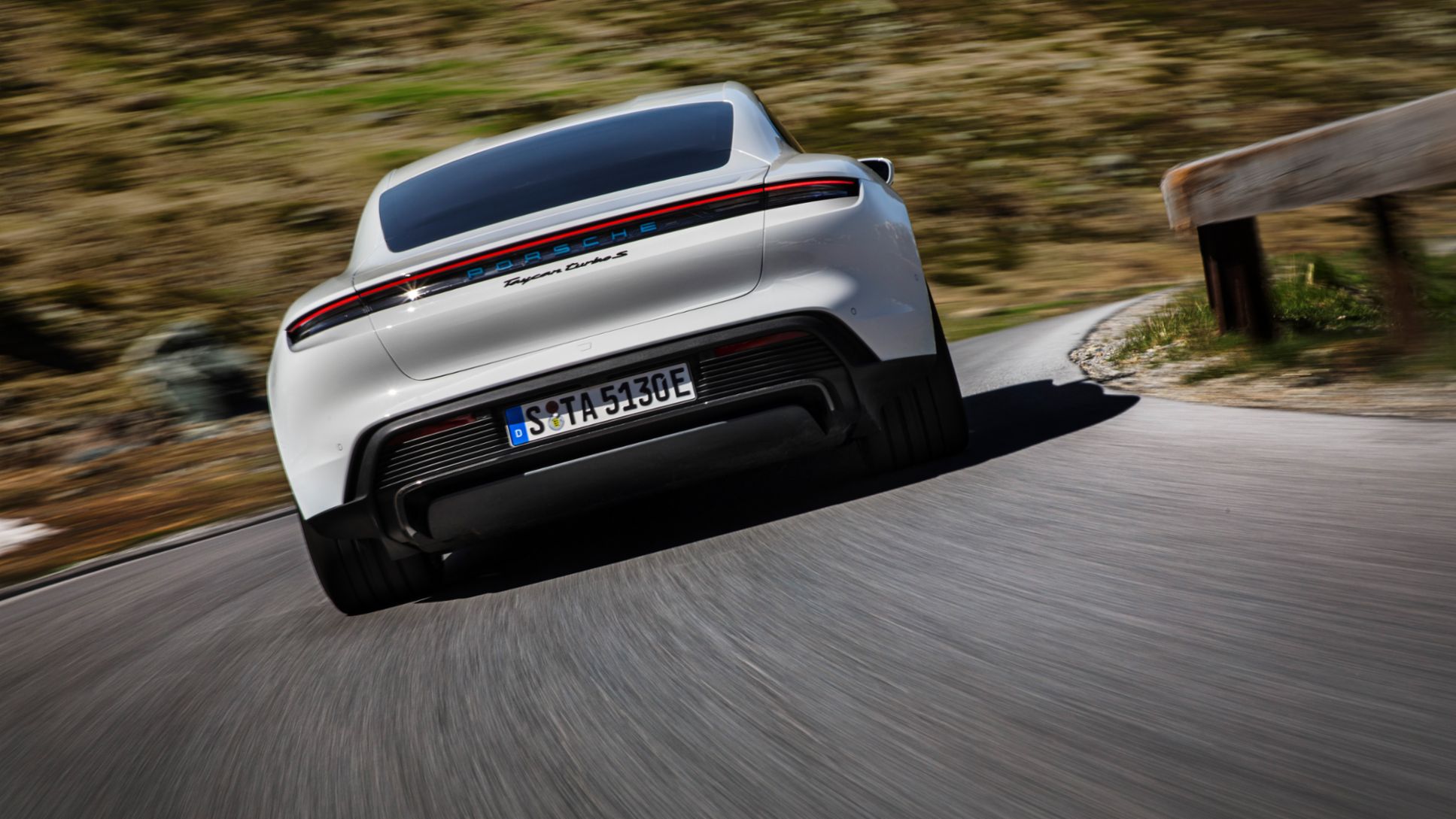 I can tell you that I’ve already driven its nearest competitor, Porsche’s Taycan Turbo S, which can definitely hit 100 km/h in 2.5 seconds, and it was mildly terrifying. Porsche modestly claims 2.8, which is the antithesis of the Musk approach, but it’s definitely faster than that.

In theory, the 0.5 of a second that this car has over every other supercar I’ve ever driven—Ferraris, Lamborghinis and McLarens all explore that 3.0-second point—should not make that much difference, but it’s not so much the time, as the madness in the method.

A properly insane EV like the Taycan somehow manages to put so much power to the ground through its tyres so quickly, more than my friend the Lamborghini engineer ever assumed would be possible, that it rearranges your idea of what fast is.

Sunglasses will not stay on your head—there’s just a cracking sound as they hit the rear window half a second after you engage the ludicrous launch-control function—and nor will a smile stay on your lips. Oh no, your lips are peeled back to the point where you fear they might touch your ears and your teeth are gritted in a grimace. The noises you make are not so much expletives as grunts of pain and alarm. And then, of course, you do it again. And again. Because you can’t quite believe that such speed is possible. And it’s kind of fun, in a scary way. 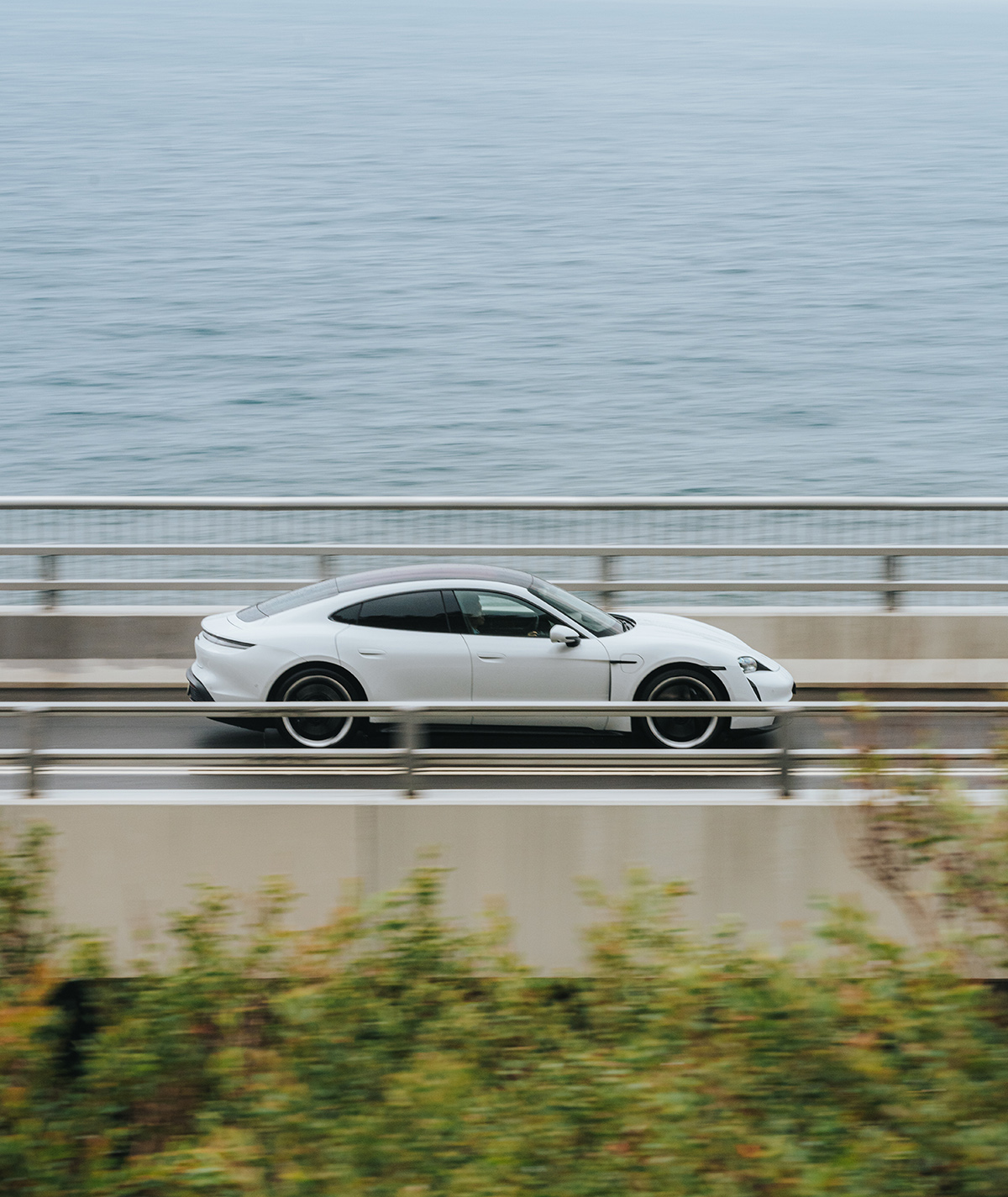 I grew up riding fast motorcycles like a lunatic, and yet I still find the speed of the Taycan and the Tesla Model 3 Performance hard to believe. And it’s not just that off-the-line launch speed —which can be hugely entertaining to unleash on unsuspecting passengers, many of whom will soil themselves— it’s the fact that punishing pace is there at all times, at any speed.

The leap from 50 to 150 km/h is just as impressive, although most EVs do tail off at higher, go-to-jail speeds, unlike petrol-burning supercars of old. Top speed, to be fair, is the one area that Lamborghini, Ferrari etc, still have it over super-EVs for now (although the Model S Plaid is claiming a theoretical maximum of 320 km/h). Well, that and the kind of glorious, sonorous noise that we will all speak dreamily about, decades from now, when it’s gone.

The question, of course, is not whether all this pace and speed is wise. Man, or at least car-loving man, has always sought to go even faster, and whenever technology gives us the chance to do so, we grab it with both hands. What these new truly electric sports cars force us to grapple with is the question of how fast is simply too fast?

I can definitely see a Taycan S being deadly in the wrong hands, and I do fear for a generation of teenagers who will grow up with the kind of instantaneous grunt that EVs provide powering the cars they learn to drive in—and slap their P-plates on. But then I said the same thing about the (then) obscenely quick Nissan GT-R a few years ago, which seemed far too affordable an entry into the world of supercar speed. People, or at least sane people with reasonable driving skills, will adapt to this new world of super speed, and those who fear such feats of derring-do will choose calmer EVs, like a Nissan Leaf or Hyundai’s Kona EV.

For those of us who love the feeling of pure pace—that dizzy mix of fear and excitement—life is in the process of getting a lot more interesting. Just spare a thought for those sobbing Italians. And be absolutely sure that when their electric vehicle does finally break cover, it will be properly astonishing. I can’t wait.

This piece is from our new Car Of The Year Issue – on sale now. Get your copy or subscribe here, or stay up to speed with the Robb Report weekly newsletter.