While Formula 1’s groundswell of popularity — courtesy of the Netflix series Drive to Survive — is evident in Australia. One race in the series transcends all of motorsport. Since its debut in 1929, the Monaco Grand Prix has come to embody exclusivity and a lavish lifestyle—an event emblazoned on the psyche and calendars of both the jet-set and ardent gearheads alike.

Of late, one Formula 1 team, in particular, has seen its own renown rise in tandem with that of the event itself. Mercedes-AMG Petronas has taken every World Constructors’ Championship title since 2014, along with its driver Lewis Hamilton garnering a record-tying seven Drivers’ championships, six of which have been with Mercedes.

For the next running of the fabled race, which takes place on May 29, the official hospitality partner of the team, Marriott Bonvoy, is offering its rewards members a rare opportunity to enjoy the race from the Mercedes-AMG Petronas yacht and stay four nights at the JW Marriott Cannes, all part of its Monaco Grand Prix VIP package.

To help get the word out, the newest member of the Mercedes team, racer George Russell, recently spoke with Robb Report. The 24-year-old phenom, who came over from the Williams team this season, is no stranger to Mercedes, having been a junior driver under its banner a few years back. Recently finishing third in Australia and currently ranked fourth overall, Russell shares what it has been like switching sides, adjusting to the new mandated car modifications, and why the Monaco Grand Prix is so monumental. 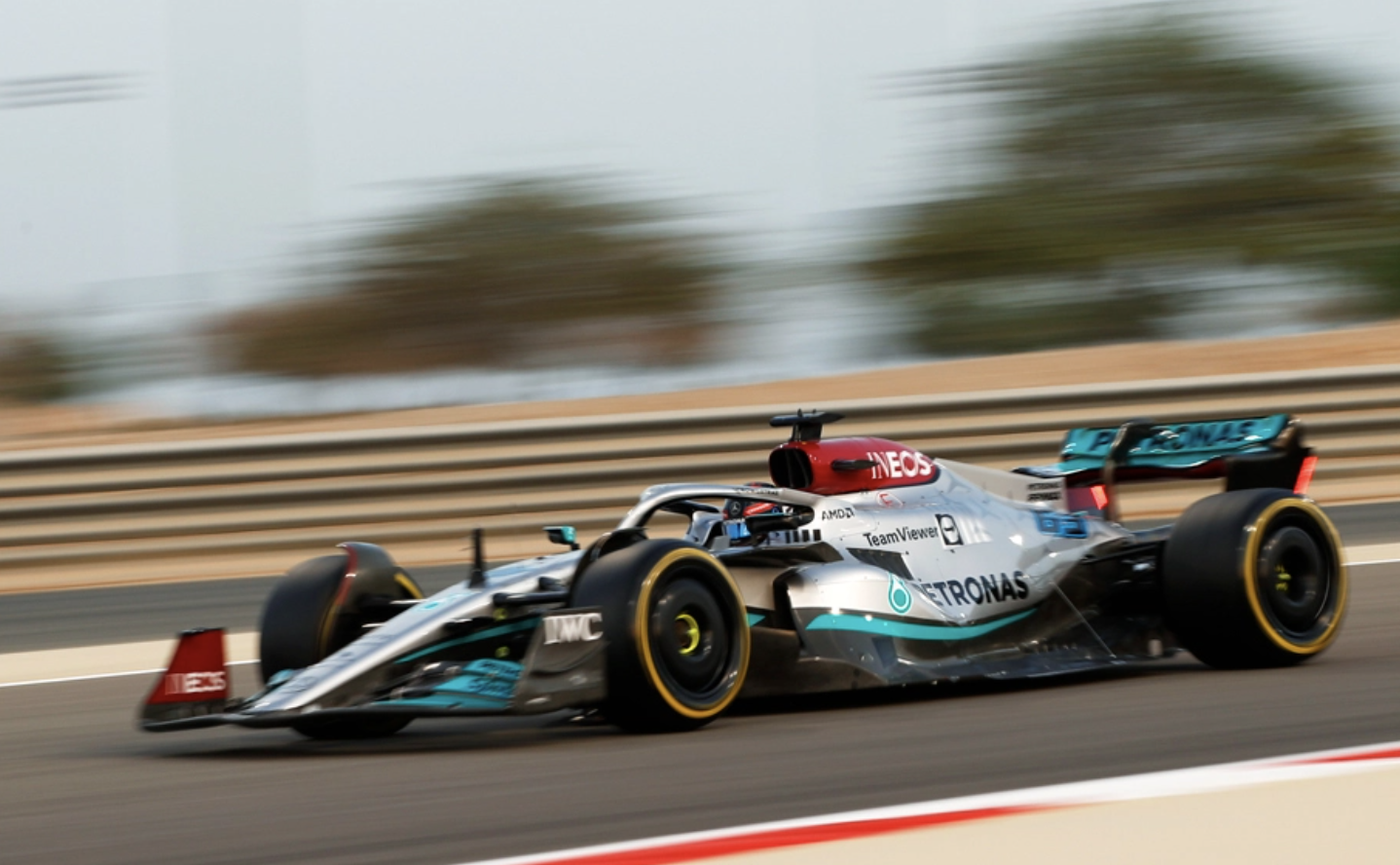 How has the transition been from the Williams team to Mercedes-AMG Petronas, and what has been the greatest challenge, if any?

The transition between the two teams has actually been pretty smooth. I think that’s because I’ve been part of the Mercedes family for quite some time now and already knew everybody so well, but for sure, it’s been fantastic to see how this team operates. For me, it’s easy to understand straightaway why it’s been so successful for so long. 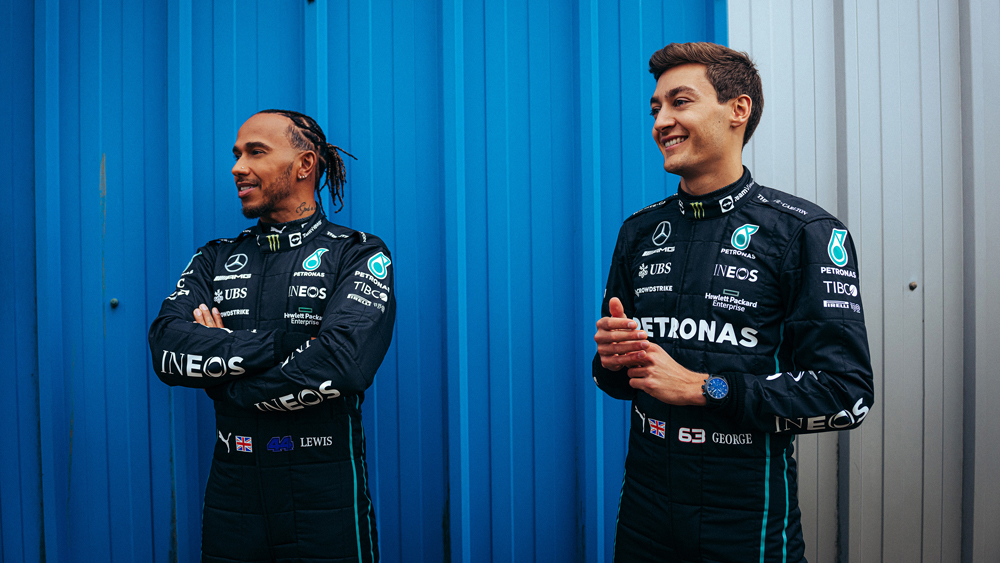 In your opinion, how does the Monaco Grand Prix stand out from other races in the season, and what makes it so special?

The Monaco Grand Prix is one of the most iconic sporting events in the world, if not the most iconic. It’s just such a surreal location. At the top of the hill, before turn No. 2, you look down and see the cliffs, the harbour and all of these superyachts everywhere, right on the sidelines of the racetrack. And to think you have 20 Formula 1 cars driving around at 320km/h in the midst of all of the houses. As a driver, when you race around the circuit and see the people standing from their balconies up 20 to 30 storeys, it’s just such a unique experience. It feels like something from a movie. [As a fan], it’s something you need to say you’ve done, to have experienced Monaco during the Grand Prix weekend—it’s truly something else.

Do you approach the race differently than you do others in the season?

You have to approach Monaco with a bit more respect, especially during practice, compared to another circuit. It’s so thrilling because we’re driving 200 mph between areas that are just 10 meters wide. You’re having to be millimetre-perfect lap after lap, so your concentration level is on the limit. If you’re a millimetre out, you end up in the wall, and that is the end of your session; huge amounts of damage and it really puts you on the back foot for the rest of the weekend. But by the time you get to qualifying, you’re absolutely flat out and have one vision, the walls are almost a blur. It’s just so exhilarating. It’s definitely among my top three favourite races. 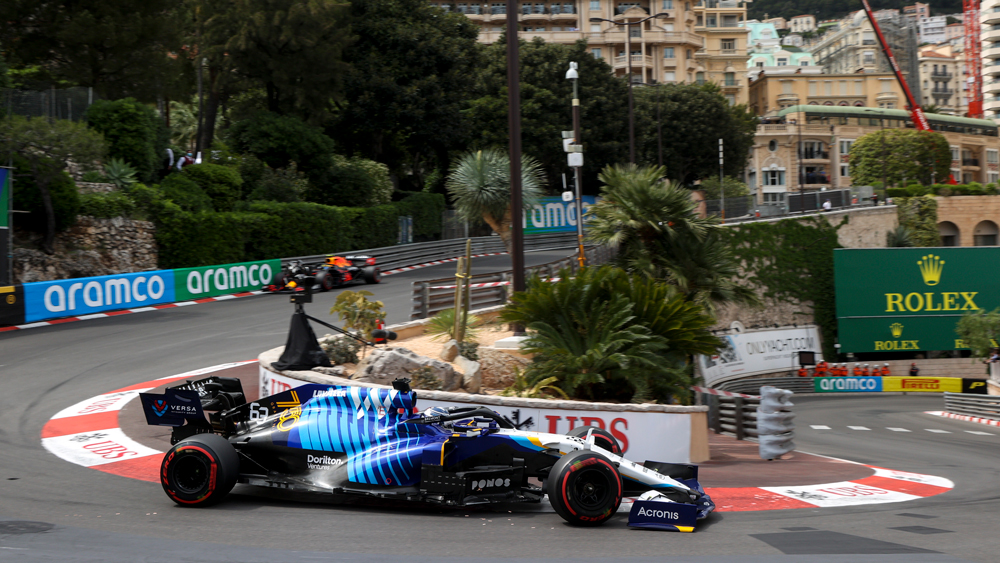 And the other two would be?

One of my favourites is Silverstone, my home race. The fans are incredible. It’s an amazing circuit and I have a lot of positive memories there from when I was younger. The other one would probably be Austin, it’s a really vibrant city and, again, the fans are just awesome.

What are some of the pros and cons of all the modifications to the cars this season?

With all the changes to the car this year, it’s been very challenging for a number of teams. We’re struggling with the bouncing of the car, which is a new phenomenon that we’ve never experienced before. There’s so much force sucking the cars to the ground, then you hit the ground and the car reacts, and then you come down again.

That’s been a real challenge because we’re having to run the cars much higher to not get into this scenario, and then we just lose performance. The team members are working their socks off day and night to try and resolve this issue and find a solution. So from a driver’s perspective, that’s been very different because you don’t feel very settled within the car when you’re bouncing around so much; you feel it in the back and through your neck and head. 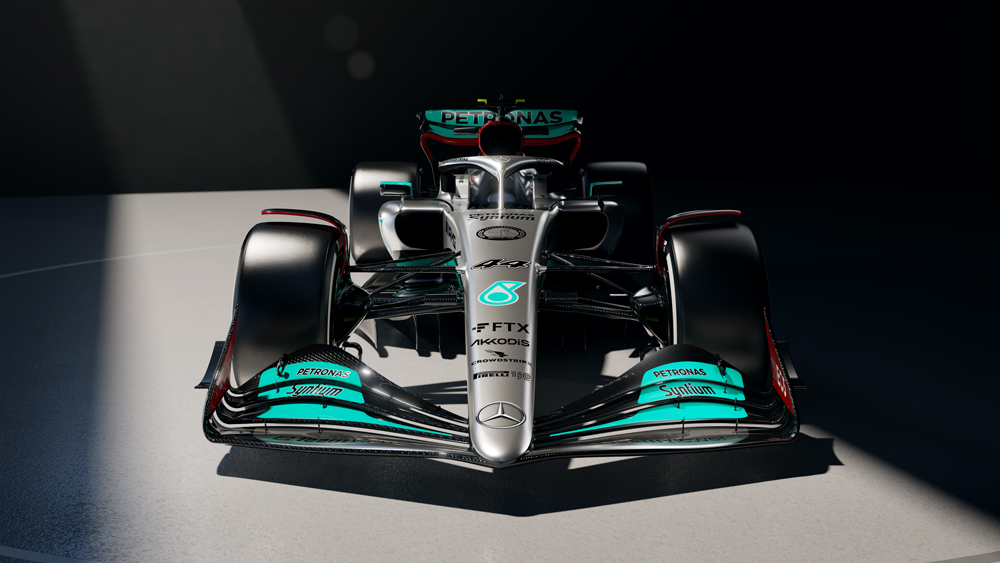 Overall, how do these machines differ from their predecessors?

Generally, these cars are much slower than those of previous eras, and there are a number of reasons for that. One is that there’s been an increase in weight because of safety, and the cars are much stronger this year, which makes us feel more secure. But, obviously, from a driver’s perspective, you want the lightest and fastest car possible. Then, with this ground effect underneath the floor, you have more performance when the car is going faster, compared to last year, but when the car is going slower, there’s not quite as much downforce as before. In time, when teams start developing the cars [with new stipulated changes] more and more, we will get back to the lap times we saw in previous eras. But it’s a step behind where it was last year.

How does the partnership between Marriot Bonvoy and Mercedes-AMG Petronas benefit you personally?

Getting to stay in a luxurious hotel is a huge part of it for us. We travel around the world, and there’s so much preparation that goes into the race weekend, along with the millions spent. As a performance group, we put so much effort and energy into getting every single last detail optimized on the race car that to be going into a hotel and not having a good night’s sleep just seems ridiculous. With the Marriott Bonvoy group and the Ritz-Carlton, we’re looked after brilliantly, and it really does bring performance. If you have a bad night’s sleep, you’re not going to be at the top of your game. 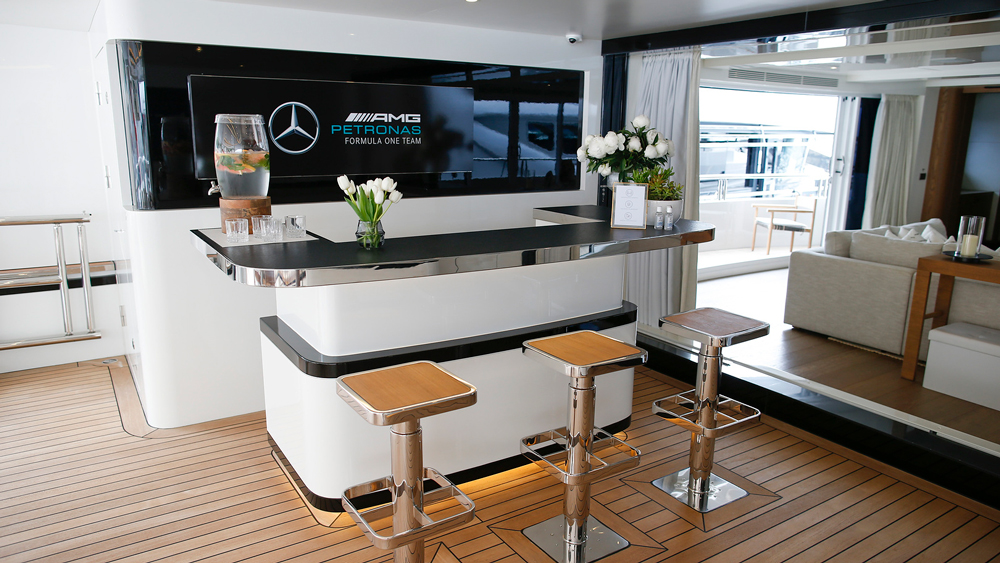 What is your favourite travel destination?

I love the United States, it’s a place I haven’t explored enough of. I’ve been to California, to Los Angeles, and love the climate and the people. Apart from the States, I’d say Northern Italy, around the lakes.

What are your thoughts on the Marriott Bonvoy Monaco Grand Prix VIP Package being offered?

You’d be silly not to sign up. You have to get it off your bucket list, and this is such an incredible opportunity. 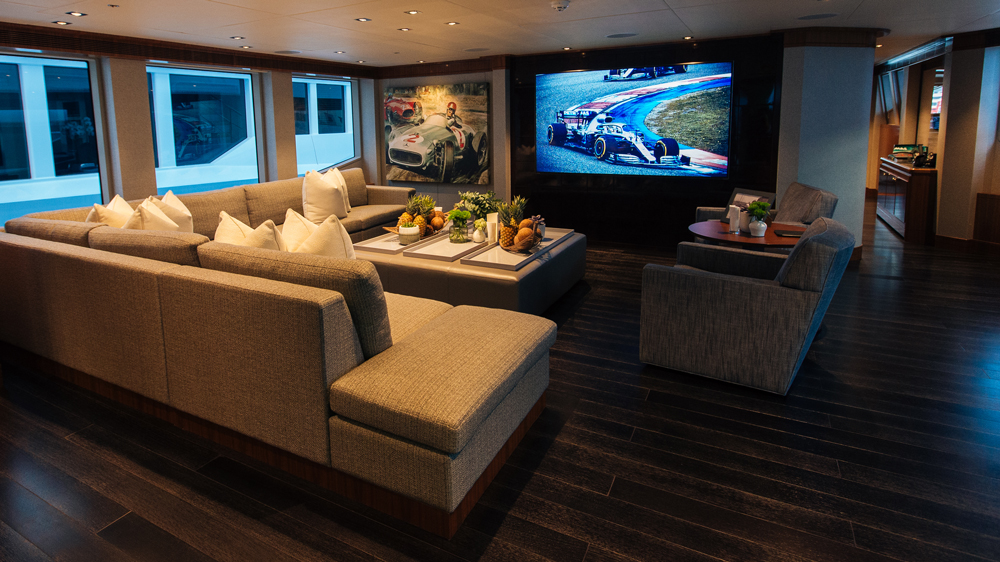 The yacht’s main salon offers another viewing option for the race. Marriott Bonvoy

What message do you have for any kid who wants to become a Formula 1 racer?

Work hard, don’t give up and believe in yourself. It’s as simple as that. Practice, practice, practice, and don’t be afraid to make mistakes—you learn from your mistakes. But first and foremost, just work hard.