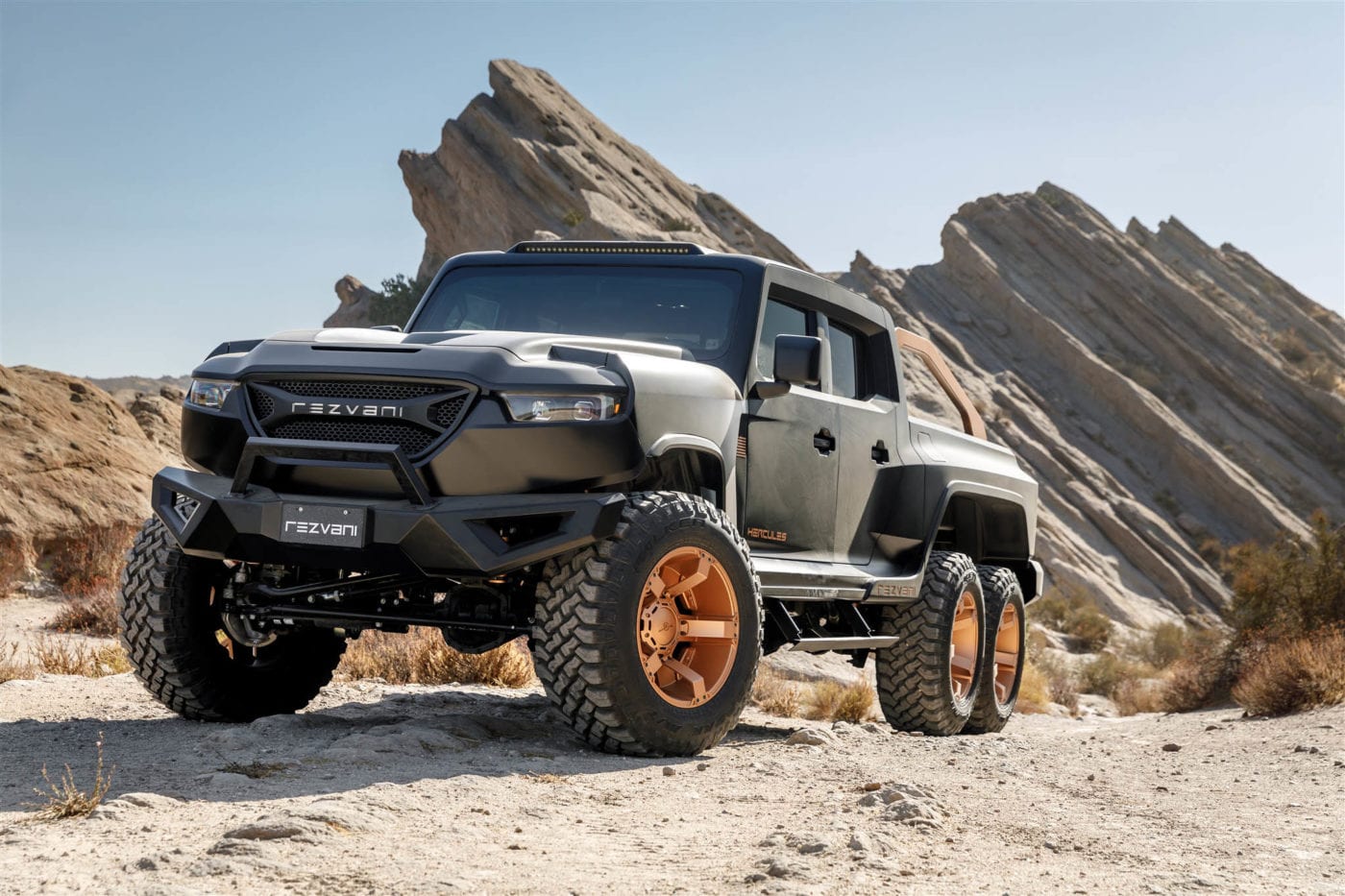 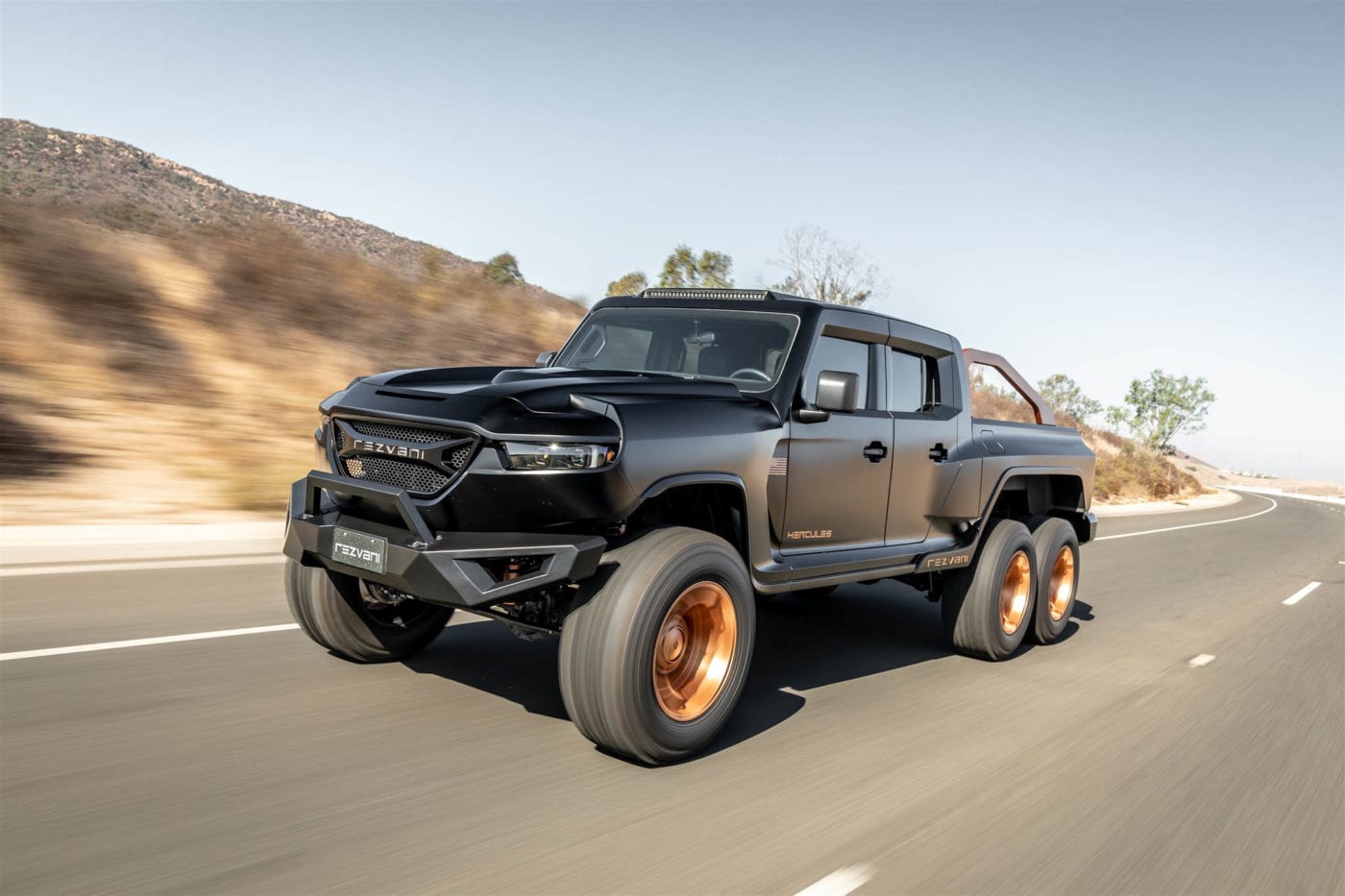 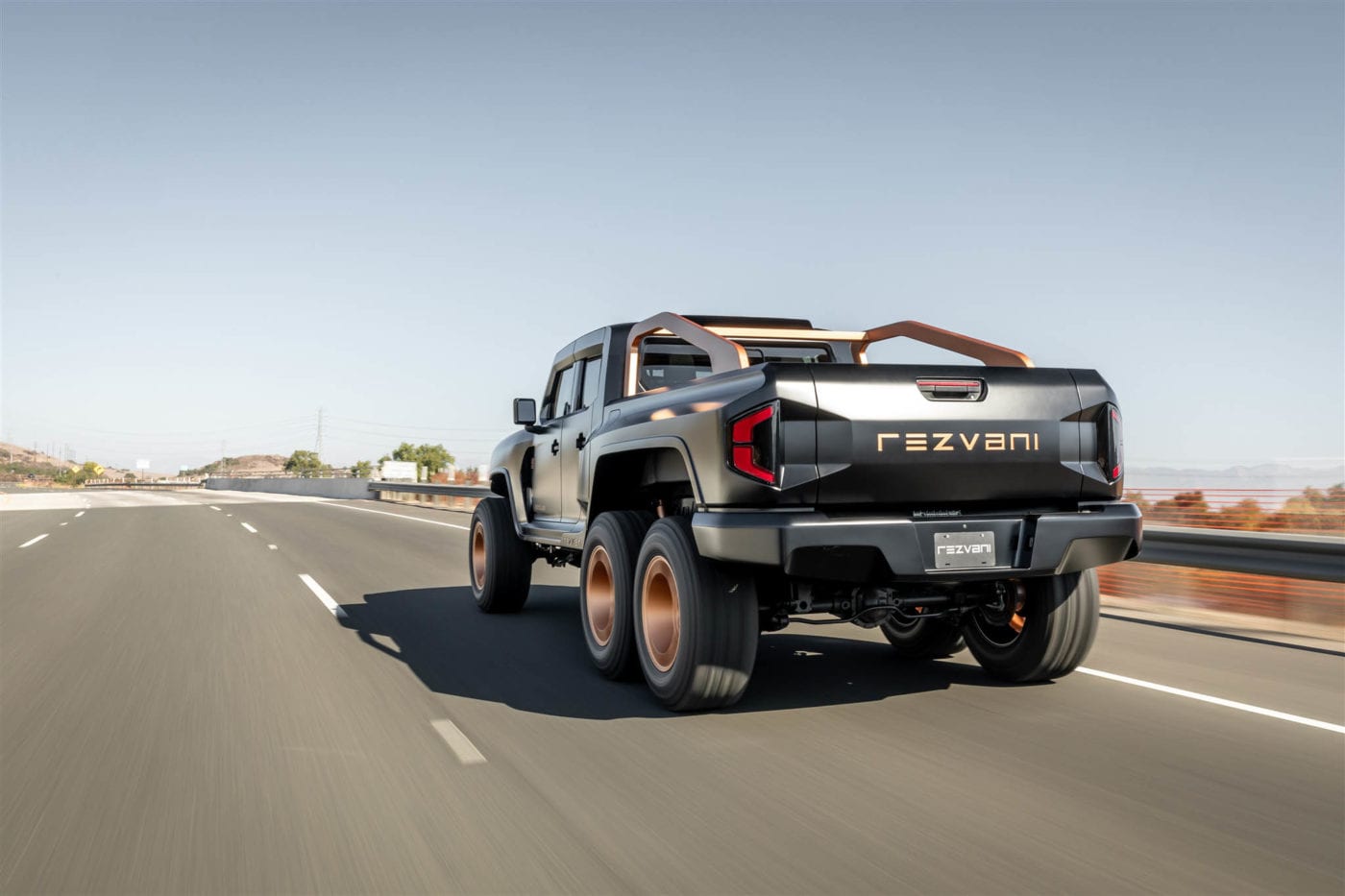 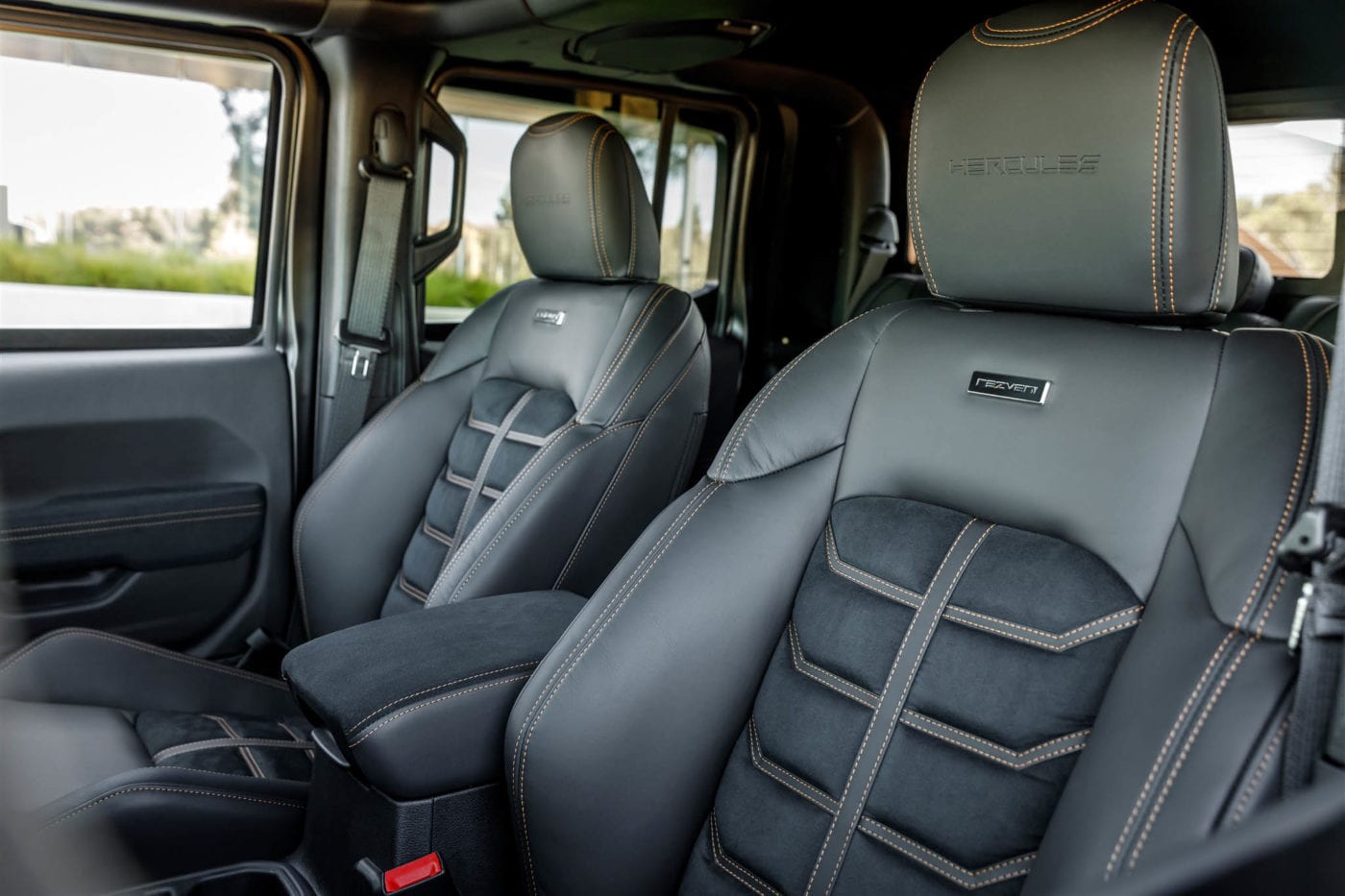 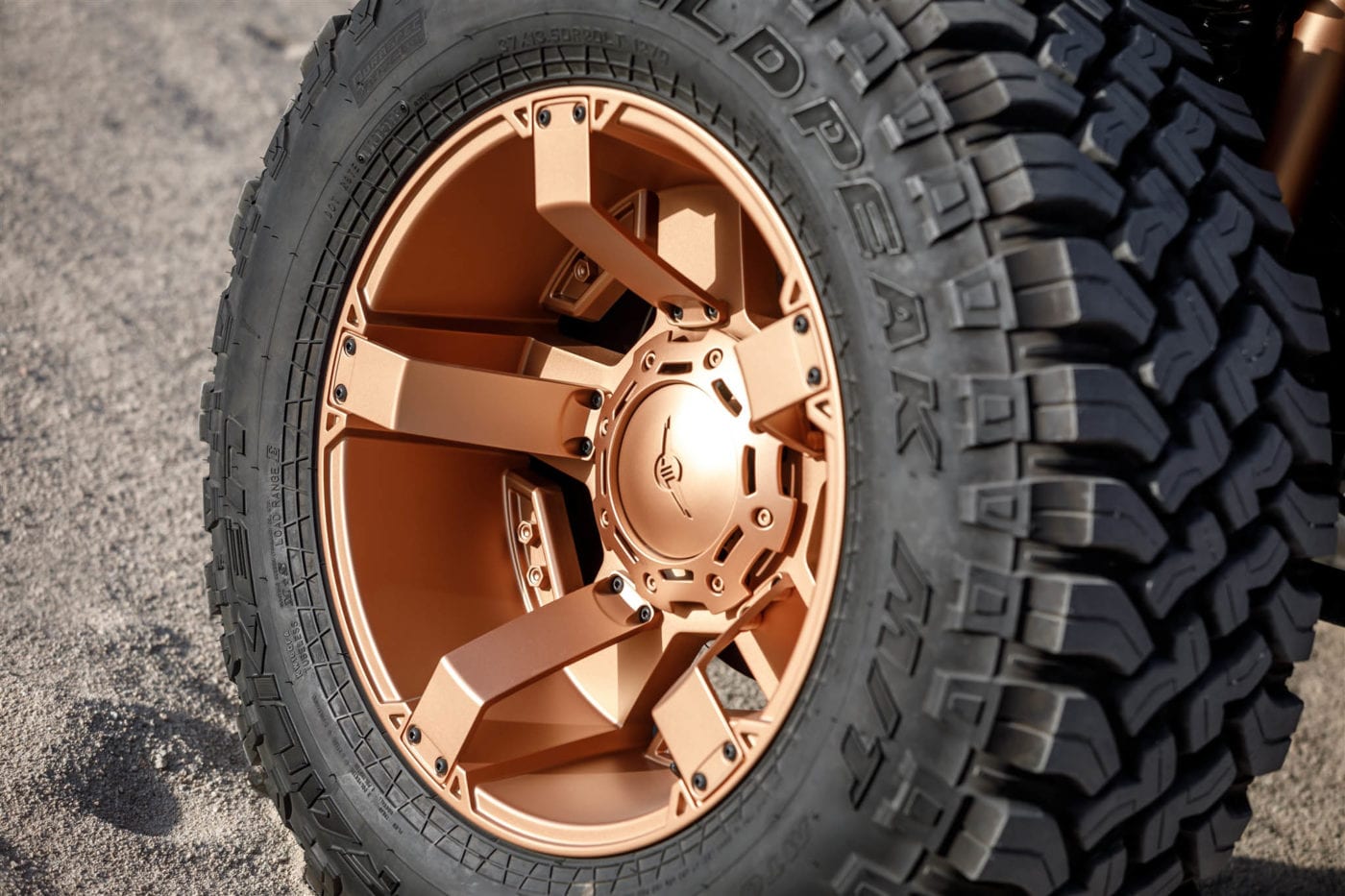 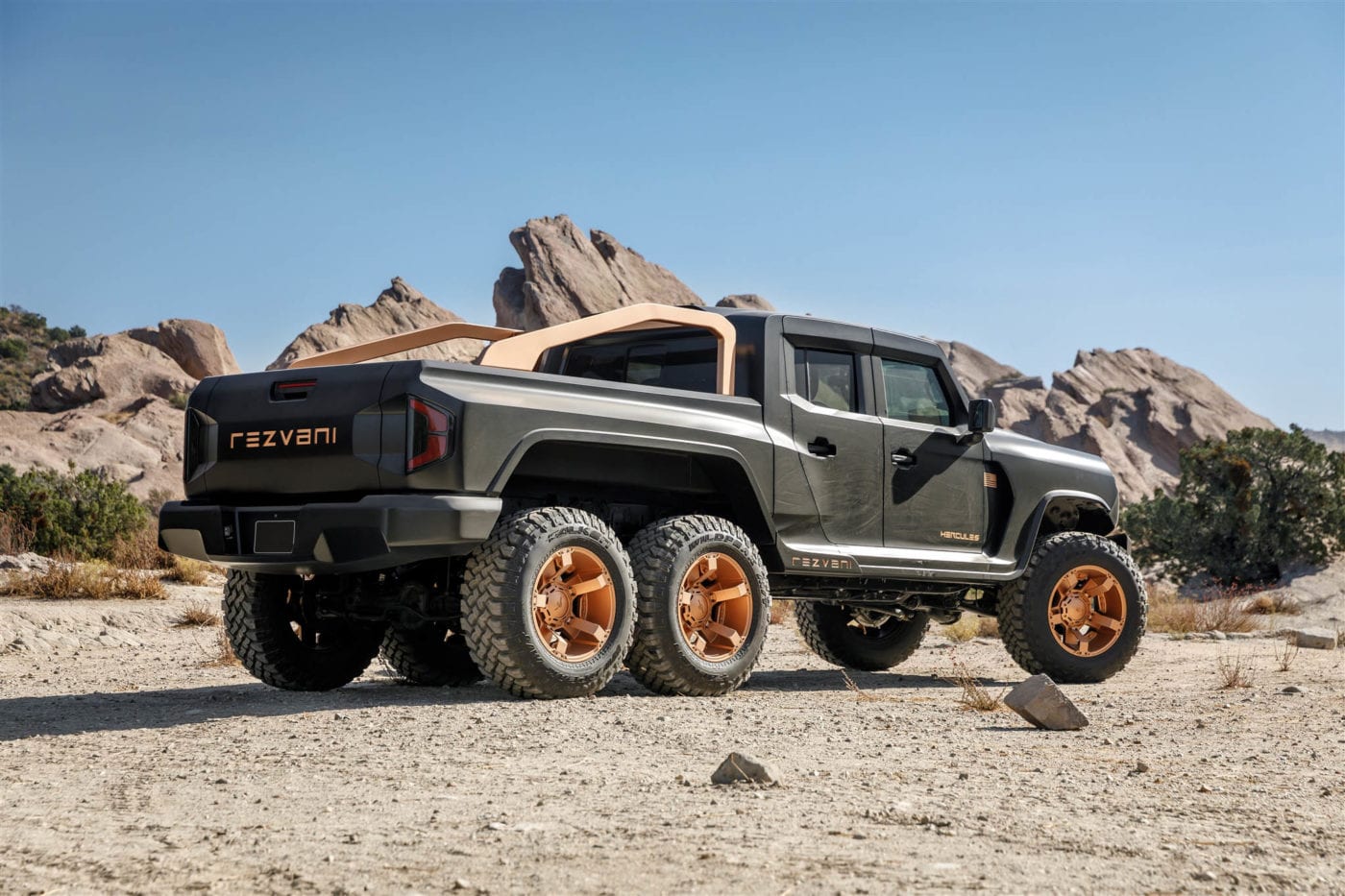 This is the ultimate doomsday vehicle.

All of Rezvani’s vehicles are extreme. However, just when you thought it had topped out with the success of its Tank, the American firm has revealed the all-new Rezvani Hercules 6×6.

Yes, a 6×6 with 6-wheel-drive, 969kW engine and military-grade bulletproof armour protection (if you so choose) basically making it perfect to take to the local supermarket.

Sarcasm aside, it’s impressive, awe-inspiring and ludicrous. Under the bonnet, a highly modified version of the Dodge Demon’s engine has been bored and stroked to 7.0 litres before being further tuned by Rezvani with forged stroked crank, pistons, camshaft and a Demon supercharger to deliver the 969kW and 1340Nm of torque.

Those figures lift the Hercules into rarefied air, emerging as the most powerful production 6-wheel vehicle in the world.

On looks, it’s as big and brooding as you’d expect with a ruggedness that points to its military vehicle inspiration. The aggressive grille, metal bumpers and flared shoulders are further supported by an 8-foot bed and metal sports bar which can be customised in a range of finishes – including bronze pictured here – and coordinated to the wheels.

And look at the size of those wheels. The Hercules is fitted with 37-inch tyres attached to Fox racing suspension and an axle set with air locks and an air compressor for serious off-road credibility.

The muscular character of the ute is further enhanced by the Military Edition. Here, a number of ‘security features’ are added including, ballistic and Kevlar armour, bulletproof glass, military-grade run-flat tyres, underside explosive protection, electrified door handles and more.

Despite its prickly exterior, the inside is intended to be a plush space of reprieve, with a number of customisable options such as the seat style, stitching, custom lighting, and colour of the gauge cluster. Elsewhere expect Napa leather packages, suede headliner, a 9-inch infotainment screen and more.