The shooting brake-style EV will be available in four models—the 4, 4S, Turbo and Turbo S.

High-performance sport wagons have turned heads among even the snootiest gearheads in recent years, and the latest entry into the class isn’t likely to be an exception.

On Thursday, Porsche announced that it will release a rugged wagon variant of its all-electric Taycan called the Taycan Cross Turismo. The new vehicle is basically the same EV you already know and love—just longer, more spacious and with a bigger rear. Oh, and it has lifts for off-roading. 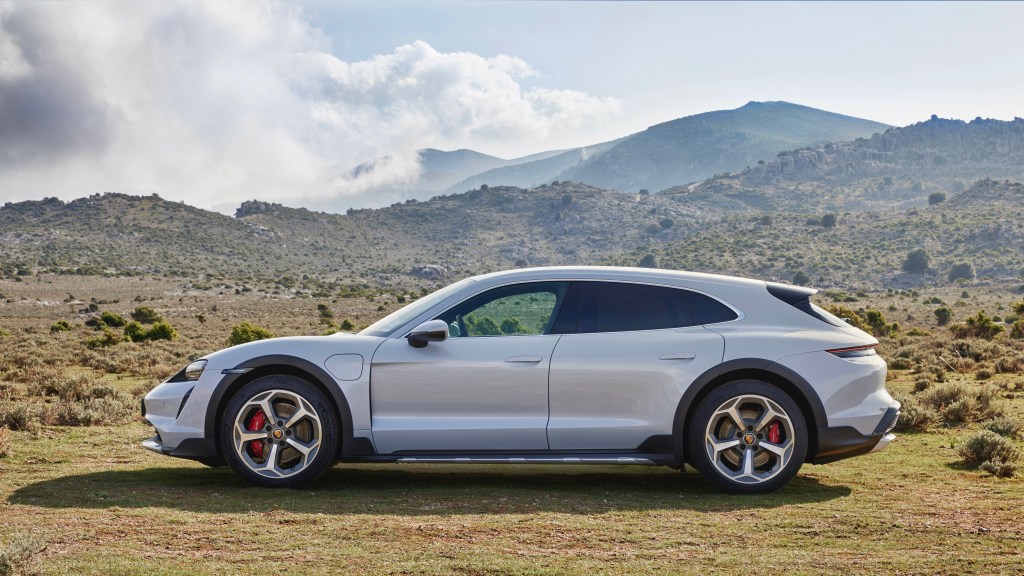 First teased as a concept back in 2018, the Cross Turismo looks almost identical to the Taycan sedan from the front. Which is a good thing because the EV is easily one of the best-looking battery-powered vehicles currently on the market. But when you get to the driver’s cabin, things start to change. The Cross Turismo’s body is longer than that of its older sibling, with a roof that extends almost completely to the rear of the vehicle (there’s a slight slope after the back set of wheels). That gives the model more headroom in the interior, two extra square-feet of cargo space and a panoramic sunroof that comes standard. It’s definitely a wagon—or a shooting brake, if you will—but it’s one of the sportier options available.

The Cross Turismo features adjustable dampers and an air suspension that has it sitting 0.8 inches higher than the sedan version of the EV, according to a press release. In Gravel mode, it rises an additional 1.2 inches, while Lift mode boosts it 1.2 inches over that (though you can only travel at speeds of 30km/h at this height). The difference in ride height doesn’t just change the look of the vehicle, but the option allows you to take it off-road when needed. In Range or Sport + Modes, though, the wagon lowers and sits at the same height as the standard Taycan. 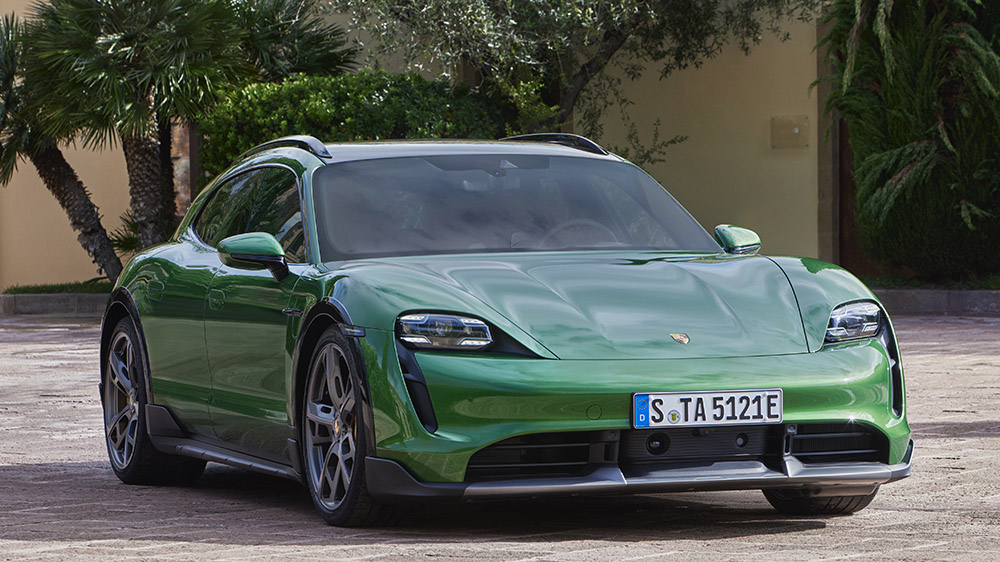 The Cross Turismo will be available in four models: the 4, 4S, Turbo and Turbo S – although Australia is only getting the 4S and Turbo models –  each of which comes with all-wheel drive. If the model names sound familiar, it’s because each one has a sedan equivalent, with the exception of the entry-level 4. Each model will be equipped with two battery packs that hold up to 83.7-kWh of energy and two permanent-magnet synchronous motors, one on each axle. Thanks to this drivetrain, the 4 can produce 280kW The 4S, meanwhile, deliver up to 420kW, and the Turbo up to 500kW. Each model, then, delivers as much power as its sedan counterpart, while the 4 is just as powerful as the new base Taycan with the optional bigger battery pack. As for speed, the 4S and Turbo can accomplish 0-100km/h times in 4.1  and 3.3 seconds, respectively.

Driving range has always been a bit of a sticking point for the Taycan, especially when compared to the Tesla’s industry-leading EVs, although a recent test by Edmunds found that the range of the Taycan 4S sedan was nearly 60 per cent better than advertised. 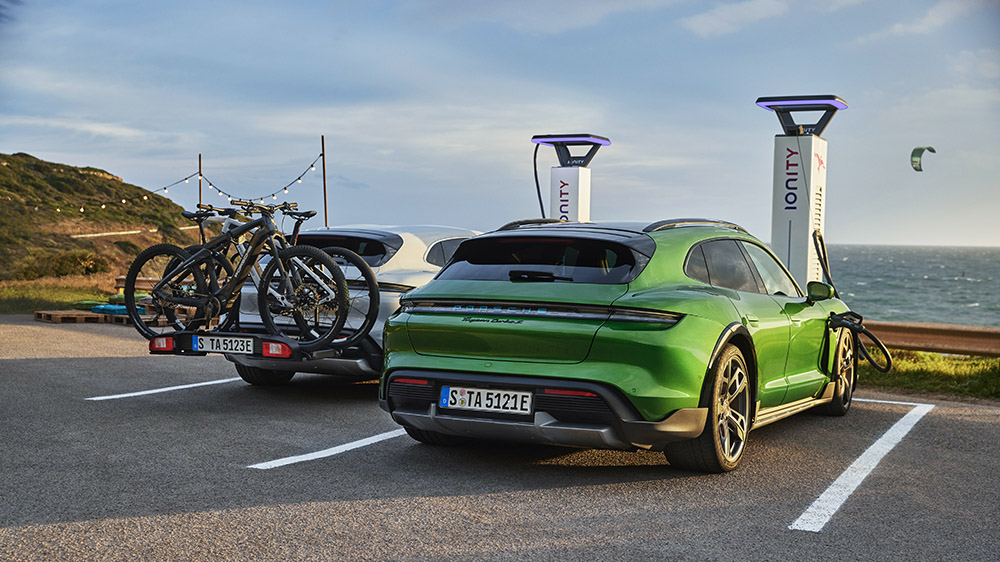 In addition to the four Cross Turismo models, Porsche also announced it’ll be releasing two new e-bikes, the street-focused eBike Sport and trail-ready eBike Cross. We imagine both bikes will look good on the Cross Turismo’s optional roof- or rear-mounted bike rack. Each bike will be available in one of three sizes this spring.

As for the Cross Turismo, you’ll have to wait just a little longer. The new variant won’t be available until this summer. When the EV does go on sale the 4S will start at $201,000, the Turbo at $271,000 before on-road costs.

porsche.com
ADVERTISE WITH US