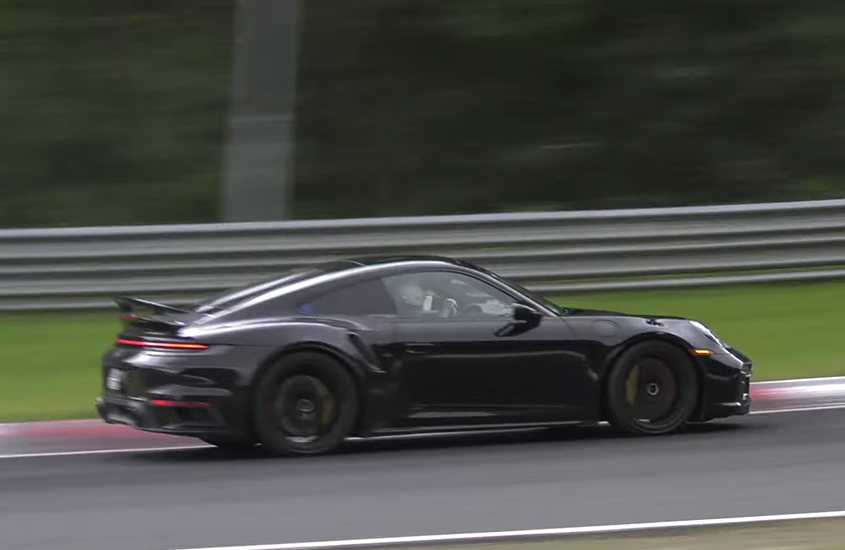 Porsche Is Testing A 911 Hybrid

An electrified version of the iconic sports car could arrive in 2023 or 2024.

A fully electric Porsche 911 may not be on the horizon just yet, but a hybrid is looking like an increasingly real proposition.

A prototype of what’s believed to be the iconic sports car’s long-rumoured hybrid version was spotted undergoing testing at the Nürburgring by YouTuber CarSpyMedia over the weekend. We’ve known about the possibility of the variant for a while now, but the video suggests it could be even closer than anyone outside the marque realises.

In the short clip, a 911 can be seen (and heard) sprinting around the famously punishing German race circuit. Even with an electric motor providing some added oomph, the vehicle still sounds majestic as it maneuvers its way through the track’s twisting curves. Interestingly, the prototype isn’t wearing any kind of camouflage, though its black paint job makes it difficult to make out too many details. CarSpyMedia’s video description points out that its blacked-out rear windows are likely meant to hide the additional battery packs providing juice to its electric motor. 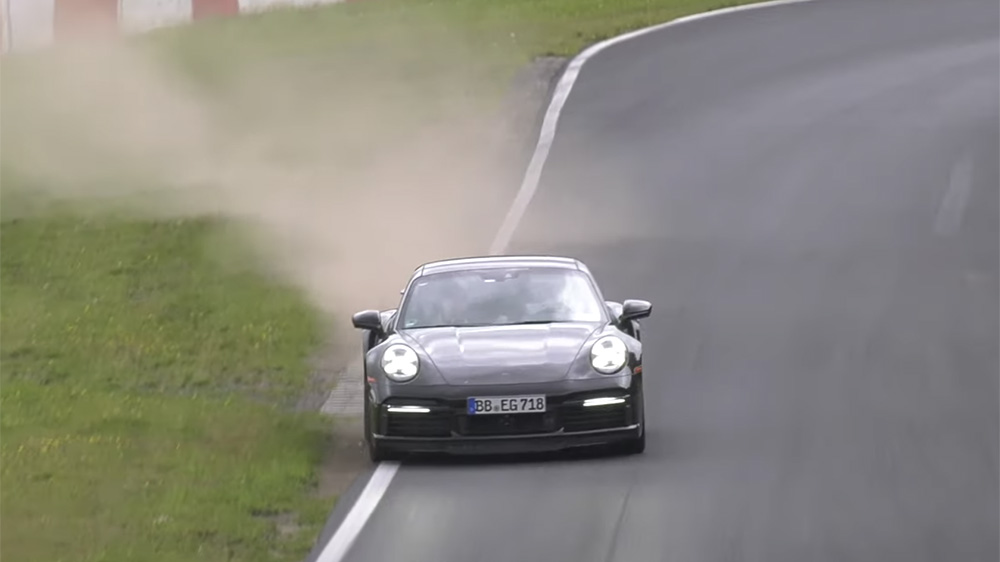 Porsche has yet to confirm the existence of a 911 hybrid, but there have been plenty of hints out of Stuttgart that one is on the way. In early 2020, a member of the automaker’s board said it was already road-testing prototypes of the vehicle. Then, in November of last year, the company’s CEO, Oliver Blume, said that any potential electrified 911 would prioritise performance over efficiency. (He also said he didn’t see a fully battery-powered version in the near future.)

In addition to these on-the-record statements, there has also been reporting that the electrified model will be called the 911 Turbo E-Hybrid, which would appear to accord with Blume’s comments. It also sounds like the vehicle will be a regular (or parallel) hybrid rather than a plug-in model, according to Motor1.com. In this setup, the gasoline engine keeps the electric motor and battery charged, so it doesn’t have to be plugged in. That means the electrified 911 would likely feature a 400-volt electrical system, as opposed to the much-bigger 800-volt setup the brand’s Taycan EV is equipped with.

When reached for comment on Tuesday morning, a representative for Porsche told Robb Report, “We’ve not made any announcement about a potential 911 hybrid model, and we don’t comment on or participate in speculation about potential future product.”

CarSpyMedia’s video isn’t just exciting because it shows what the 911 hybrid can do, but because it suggests it could be moving past the prototype stage sooner than later. There is still nothing resembling a concrete timeline for the vehicle, but Motor1.com reports it could arrive in 2023 or 2024. That would be right around the time the 992-generation 911 is ready for its mid-cycle refresh.

What better time to give things a jolt.