The special edition is a nod to the very first Porsche’s brought down under.

Celebrating 70 years of Porsche in Australia — the German has unveiled a first with an antipodean market exclusive.

The 911 GT3 70 Years Australian Edition is more than just a mouthful and comes based on the new 911 GT3 with Touring Package.

Marking the first time that Porsche has based a market-specific edition on a 911 GT product, and the first time a special edition has been created for the Australian market specifically, the 911 GT3 70 Years Porsche Australia Edition was designed by the Style Porsche design team, the Porsche Exclusive Manufaktur and Porsche Cars Australia.

Naturally, limited numbers of the Australia Edition will be produced, with the car linking back to the very first Porsche 356 sportscars imported to Australia by Norman Hamilton.

Here, they will arrive n a Fish Silver Grey Metallic – a nod to those first cars – and features a comprehensive list of unique specifications over and above the 911 GT3 package.

The heady swathe of unique specs include a darksilver wheel colourway with wheel rim borders matching the body; a badge on both B- pillars brandishing the Australian flag and ’70 Years Porsche Australia Edition’ lettering in silver; full bucket seats in graphite blue leather with seat inlays in Madraskaro check fabric; door sill guards in brushed aluminium in black with ‘GT3′ (illuminated) and ’70 Years Porsche Australia Edition’ lettering and more.

Yes, ok but ‘what of the car the special edition is based on?’. Well, sports cars don’t come much bolder than the 2022 Porsche 911 GT3. But the German automaker clearly understands that some enthusiasts prefer their sports cars to show a little more outward restraint.

Enter the the 992-generation 911 GT3 Touring. Although it does away with the base model’s trademark giant look-at-me rear wing, the sophisticated speed machine still comes with a naturally aspirated mill that can deliver a brutish 375kW. 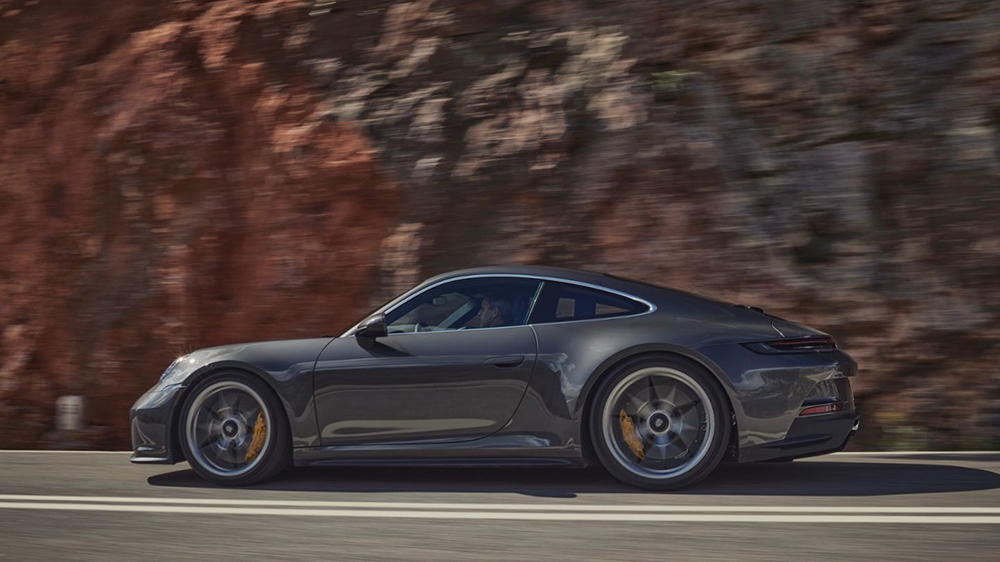 The GT3’s manually adjustable swan-neck rear wing is one of its most striking features—and helps the car produce 150 per cent more downforce than its predecessor—but it’s definitely not for everyone. Porsche has completely done away with it for the Touring package, replacing it with a subtle rear spoiler that can be adjusted via car’s infotainment system. The variant also features silver trim around the windows, a colour-matched front-end, a standard black-on-black interior and special badging, but otherwise looks the same as the standard GT3. 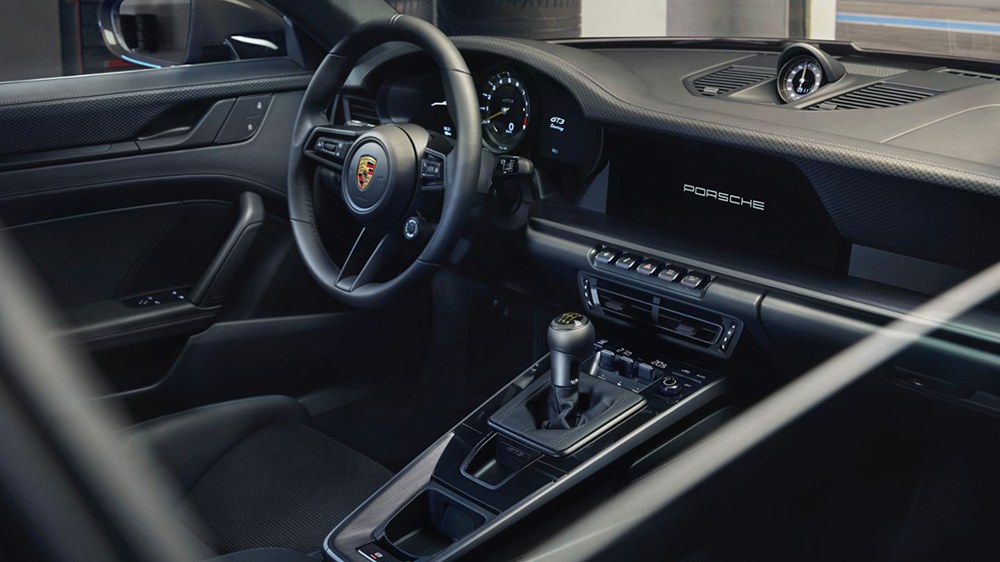 Inside the 911 GT3 Touring Porsche

Porsche has also seen fit to leave everything out of view untouched, and with good reason. Both versions of the vehicle are powered by a naturally aspirated, 4.0-litre flat-six engine borrowed from the GT3 Cup race car. That 375kW mill also produces 469Nm of torque and can rev at a maximum of 9,000 rpm. The car comes with a PDK double clutch automatic transmission standard, but a mechanical gearbox is available as an option.

Porsche hasn’t released performance numbers for the GT3 Touring, but we expect they’ll be pretty close to the standard GT3, which is one of the marque’s fastest street-legal production vehicles. The automatic-equipped version can jet from zero to 97km/h in just 3.2 second and reach a top speed of 317km/h. Even more impressive, it completed a lap around the 12.94-mile Nürburgring circuit in 6:59.927 minutes, which is a full 17 seconds quicker than the 991-generation GT3. 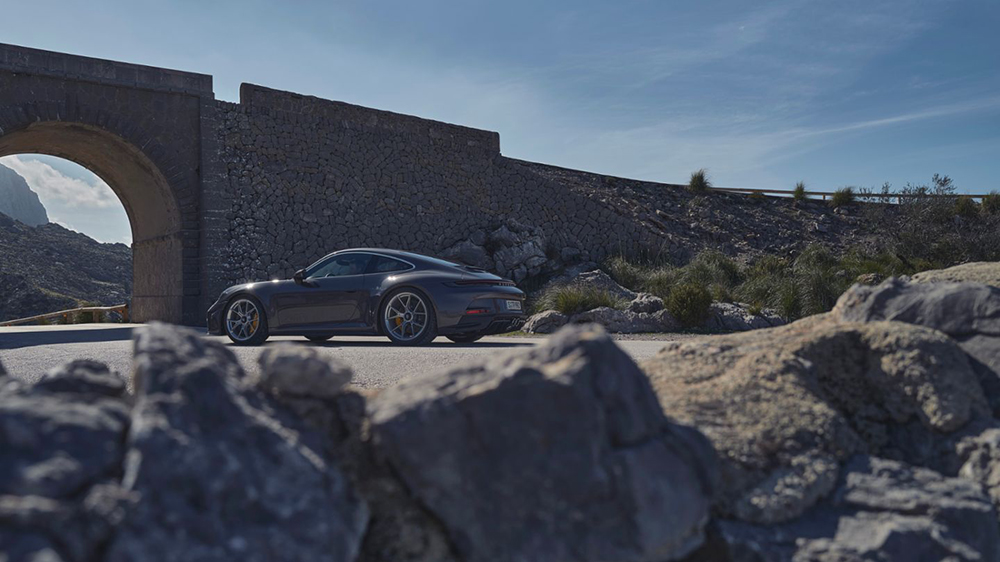