Primed for touring, it can also cover 500km on a single charge.

How do you stand out among an ever-expanding crowd of electric vehicles? Build a luxurious battery-powered grand tourer, of course.

At least that’s what Piëch, a budding Swiss marque founded in 2017, has done with its newest car, a GT that’s quite unlike anything currently up for grabs.

The sleek four-wheeler, known simply as the Piëch GT, has a timeless design that stands in opposition to disruptive EVs like, say, the Cybertruck. The automaker’s designers spoke to car enthusiasts about what was missing on the market and designed a “modern classic” free of any fleeting fashion trends. Indeed, the two-door has everything you might expect from a traditional GT—flowing lines, a stately faux grille and a spacious interior—but releases zero emissions.

“The new Piëch GT should convincingly transport the DNA of a classic sports car into the electric age,” Rea Stark Rajcic, co-founder and CDO of Piëch Automotive, said in a statement.

Beyond looks, this 1800kg beauty can run. It’s equipped with three electric motors—one drives the front wheels, while the other two drive the rear wheels—that collectively produce 460 kW. Piëch says that’s enough grunt to send the GT from zero to 100km/h in less than three seconds or up to 200km/h in nine seconds.

The 75 kWh battery, meanwhile, allows the tourer to travel up to 500km on a single charge, according to Piëch. It supports fast charging, too, which means the GT can be topped up to 80 percent in eight minutes. And, if you use a special charger created by TGOOD, you can juice up in just five minutes.

Piëch plans to carry out testing and fine-tuning over the next two years and launch the final production model of the GT in mid-2024. 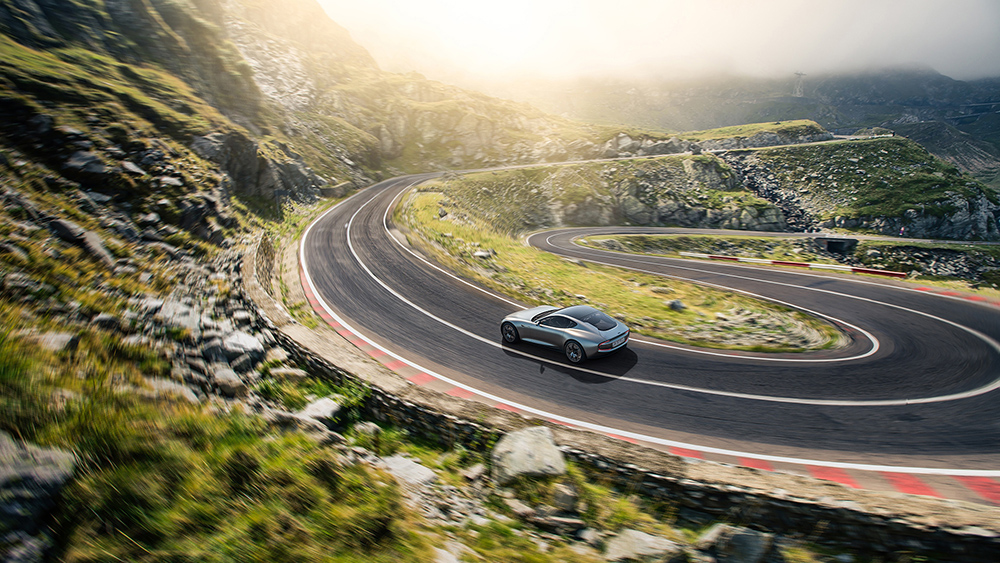 Primed for cross-country drives, the GT has a range of 500km

“Piëch is exactly following the tried-and-tested testing cycles of German premium manufacturers here, with trials in heat and dust, in sub-zero temperatures with ice and snow, and on demanding roads and racetracks such as the Nürburgring Nordschleife, to be able to meet our target of starting series production in 2024,” adds Piëch’s chief developer Klaus Schmidt.

Piëch already has a rival in this category, though. German giant Audi has also unveiled an electric grand tourer, the e-tron GT, that can reportedly churn out 345kW and cover 390km