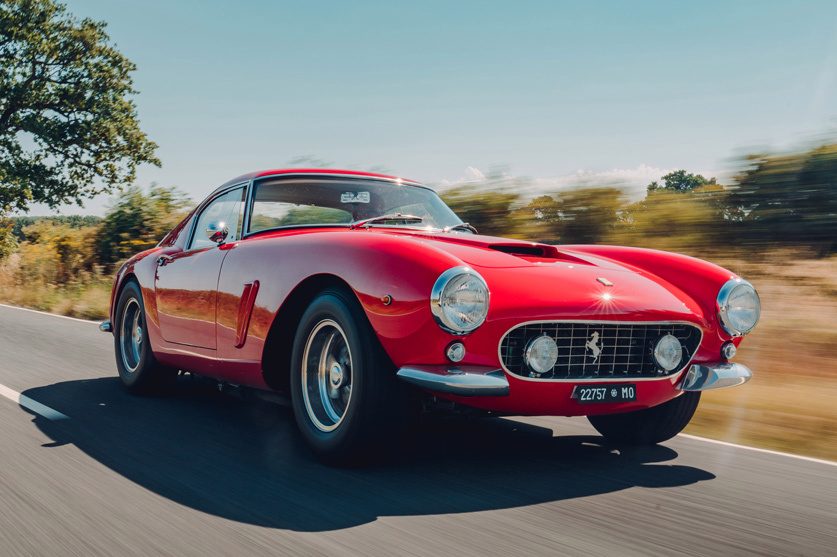 While original Ferrari 250 GTs can sell for eight figures, a replica is a tenth of the price.

“Modern supercars? Our customers are bored of them,” says Mark Lyon, founder of British Ferrari specialist GTO Engineering. “They’re all too big, too heavy and too fast. This is 10 times as much fun.”

A bold claim, but GTO Engineering’s latest creation, the Revival, has already turned my knees to jelly. This replica could be considered a “reverse-engineered” Ferrari 250 GT Berlinetta SWB, a Botticelli in hand-beaten aluminium and a model that’s perhaps the most beautiful shape ever to wear license plates. The car in front of me could drive like the Griswold Family Truckster and I’d still want one.

Purists will sneer at the notion of a “new” SWB, devoid of provenance or patina. However, while one of the 165 examples of the Maranello original, built between 1959 and 1962, will cost you north of $13 million, the Revival is a tenth of that price. Crucially, it’s also a car you can use—even race—without fear of destroying a museum piece. How very liberating. 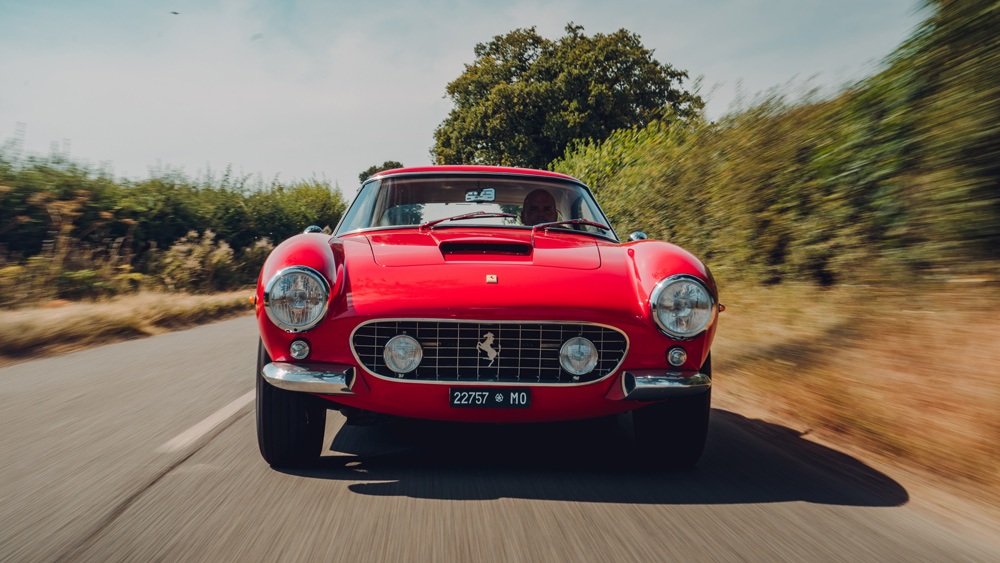 GTO Engineering was established in the early 1990s and has grown into the world’s largest supplier of historic Ferrari parts, many of which are machined or 3-D-printed in-house. From a door handle for a Dino to a driveshaft for a Daytona, everything is meticulously stored and labeled.

Development of the Revival began in 2008. “It was a quiet year after the financial crash, so we needed a project,” explains Lyon. The first car was finished in 2010 and around 40 have been sold since—most based on the 250 GT SWB, although the company also offers a “revived” 250 Testa Rossa and 250 GT California Spyder SWB. 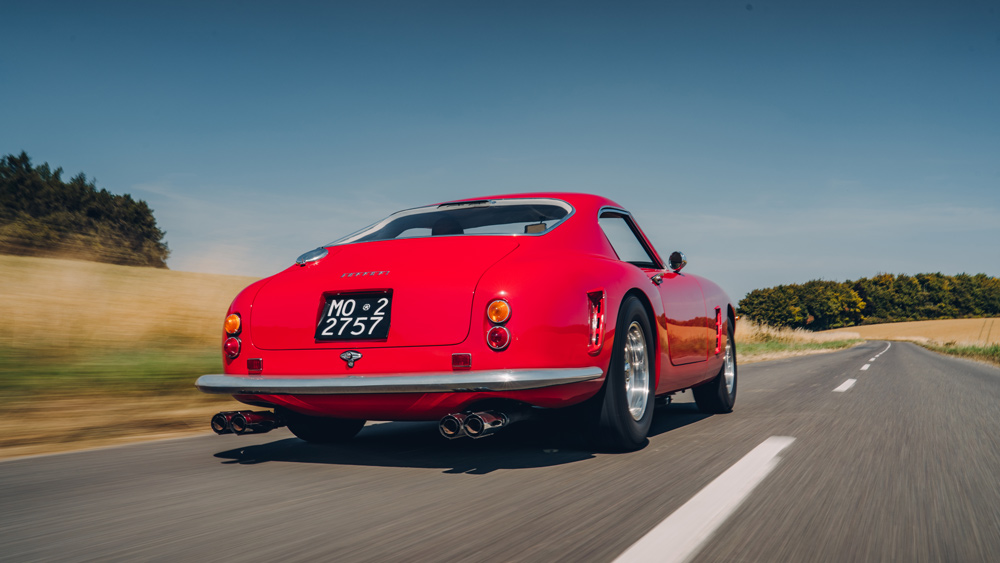 This exact replica of a Ferrari 250 GT Berlinetta SWB is a Botticelli in hand-beaten aluminium. Photo: Courtesy of GTO Engineering.

The process starts with a less illustrious classic Ferrari, typically a 250 GTE or 330 GT, which serves as a donor vehicle. “We use a car that’s already broken up and isn’t worth saving,” says Lyon. This serves as the Revival’s identity for registration purposes; almost everything else is hand-built from scratch.

Lyon shows me around the workshop where Gioacchino Colombo’s V-12 is lovingly recreated using huge, exploded technical drawings, each one an intricate work of art. I’m told that the only parts not made by GTO Engineering are the carburettors. Options range from a standard 208kW 3.0-litre engine to a 4.0-litre power plant producing 261kW.

The car I’m driving has the middling 3.5-litre unit, which musters 238kW and 352Nm of torque. With a curb weight of 2,315 pounds, it roars from zero to 100km/h in 6 seconds and edges past 240km/h. So, yes, this reborn Ferrari is hardly quicker than a new Volkswagen Golf GTI but, trust me, you simply won’t care. 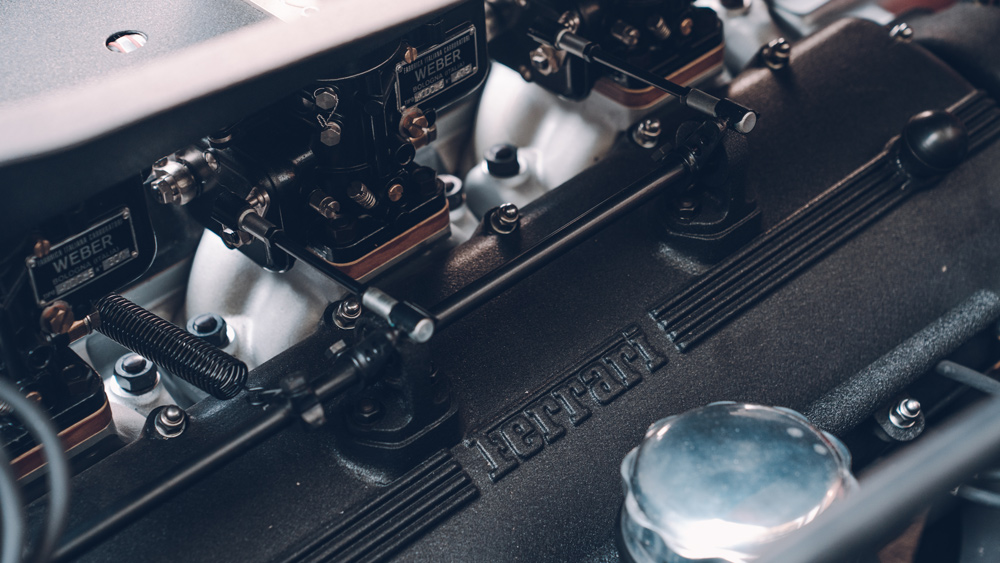 I fold myself around the large wood-rimmed steering wheel and drop into the snug leather bucket. It’s bolted to the floor, making the pedals quite a stretch (each car is tailored to fit its owner), and you sit with shoulders low and hips high. The dashboard is a row of crisp Veglia dials, while a ball-topped shifter rises imperiously from the transmission tunnel. There’s not a plastic part in sight, and no radio either: a big-lunged V12 provides the music—and how!

Twist the key, push in the ignition barrel and six greedy Webers cough to life. The gear lever needs a weighty shove and the clutch is hair-trigger sharp but, once you’re rolling, the engine feels hugely tractable. Exhaling through SNAP extractors (the turbine-shaped tubes on each tailpipe), the engine sings with a multi-layered cacophony that swells to a ferocious, snarling crescendo. It’s operatic and utterly overwhelming, even at only 40 mph. 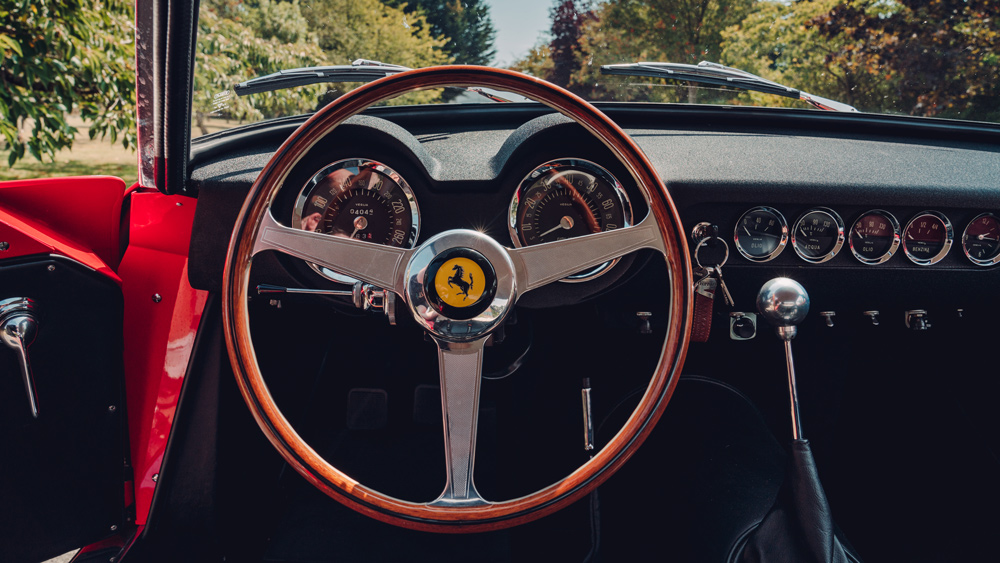 The vehicle’s interior features a wood-rimmed steering wheel, a dashboard with Veglia dials, and a ball-topped shifter rising from the transmission tunnel. Photo: Courtesy of GTO Engineering.

Enzo Ferrari was famously ambivalent about road cars, seeing them as a means to fund his race team. However, the SWB was a successful racer in its own right, battling the Jaguar E-Type and Aston Martin DB4 Zagato in the GT class, often with Stirling Moss sawing at the wheel. It still feels fast today, not least because it allows you to carry proper speed through the corners. 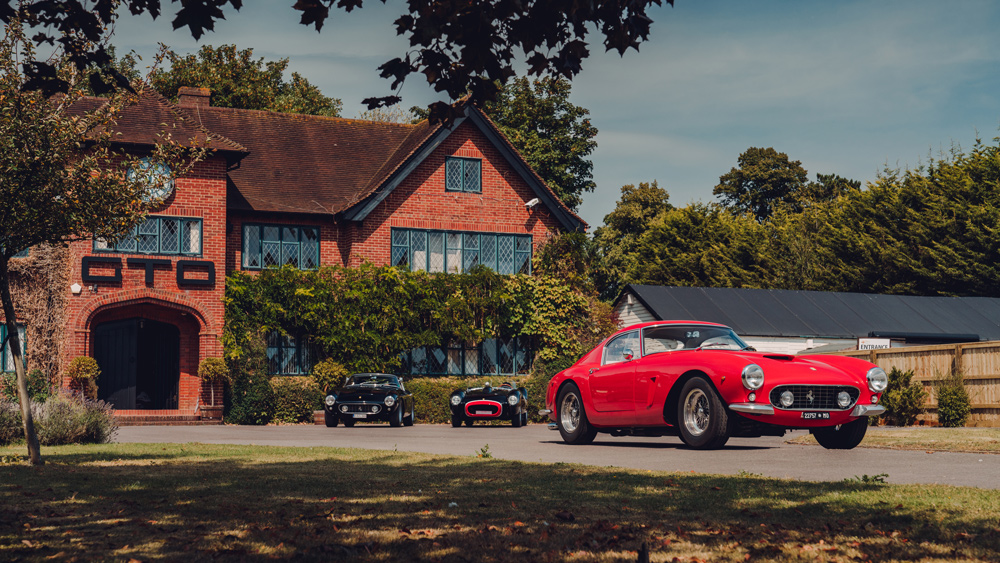 Even so, the Revival is the antithesis of digitised modern supercars. Its steering is slow-geared by today’s standards—despite the optional quicker rack fitted on my tester—yet it talks and talks like inebriated fans at a soccer game. And while braking and cornering abilities are relatively modest, the car feels loose-limbed and superbly balanced, coupling impressive traction with a playful eagerness to drift. Take the bit between your teeth and you can imagine being Moss at the 1961 Goodwood TT. Well, almost. 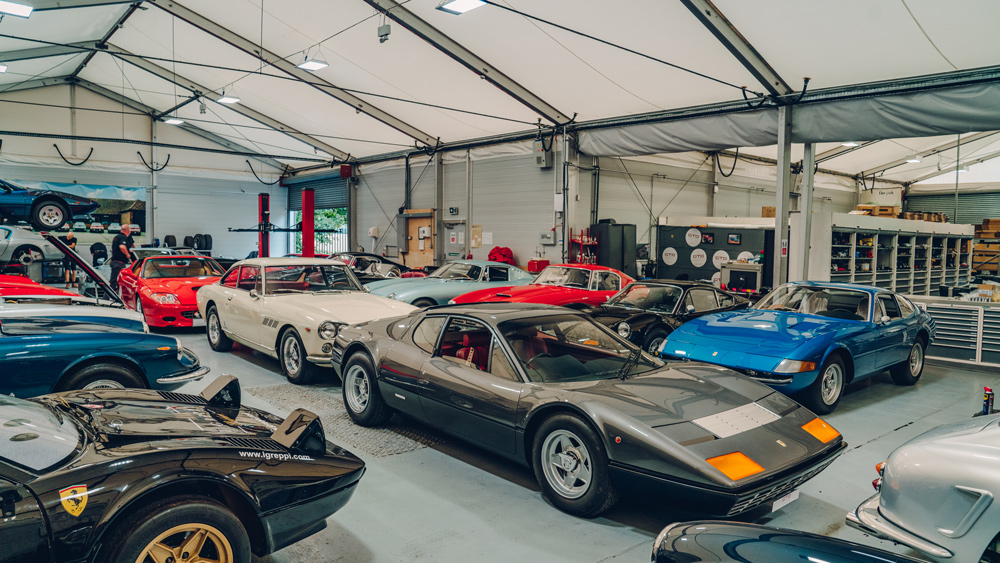 I stepped out of the Revival with ears ringing and fingertips tingling, convinced it was the best car I’ve ever driven. Days later, I haven’t changed my mind. GTO Engineering’s next project is the Squalo: a new car “inspired by what Singer does with the Porsche 911.” It has similar SWB styling, but a bespoke 10,000 rpm V-12 and modern conveniences such as phone connectivity. Could it be even better than the Revival? We’ll find out in 2023.