If you’re hoping to add a bright new statement piece to your garage, it doesn’t get any shinier than this: A Shelby Cobra CSX4000 Series Roadster with a hand-crafted aluminium body will be going up for auction next month.

The sporty two-seater is a 1965 model of sorts; it was actually built in the early 2000s to honour the 40th anniversary of the Shelby company. It’s No. 29 of 40 made, and only one of five with a hand-crafted, polished aluminium body. Under the hood, an all-aluminium Shelby 427 FE Stroker V-8 engine powers the Cobra with 394kW and7 40Nm of torque. The car also features a Toploader four-speed manual transmission and two Holley four-barrel carburettors. Other standout features include rack and pinion steering, a four-wheel Baer disc brake system and a Shelby/Dana 44 rear differential. 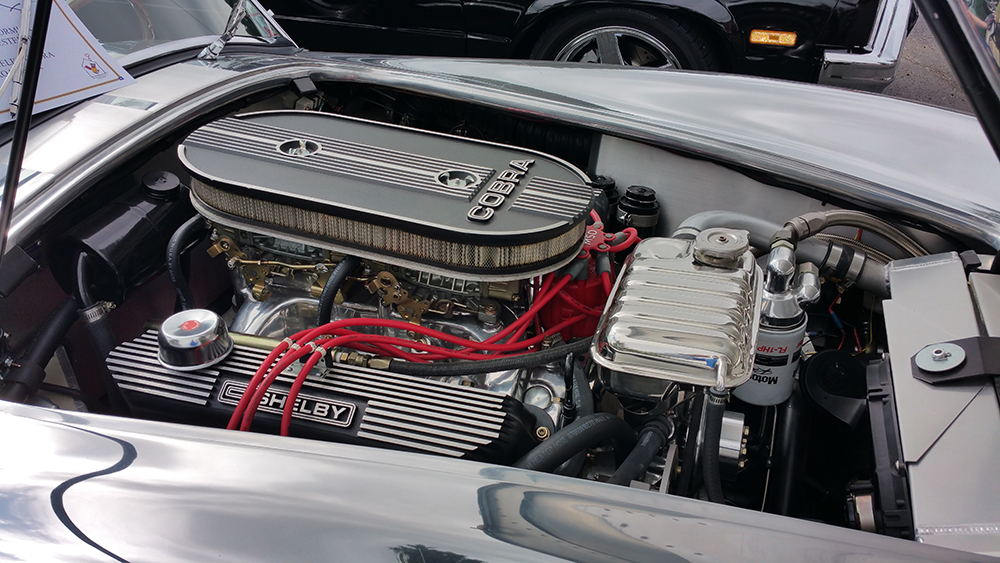 A peek under the hood Mecum Auctions

Outside,  the Cobra is nothing if not striking. Its classic curvaceous body comes adorned with brushed aluminium stripes down the middle and a chrome roll hoop. The 15-inch Trigo knock-off wheels are accompanied by vintage Goodyear Eagle Billboard racing tyres. And the clear wheel-well protection is contrasted with the soft black fender guards.

Almost as if to let the exterior shine even brighter, the interior is downright minimalist. There’s a wood-rimmed steering wheel and a Carroll Shelby–signed glovebox. The seat upholstery, meanwhile, is sleek black leather, and both the sun visors and wind wings are made of plexiglass. That’s about it—and that’s all you need. 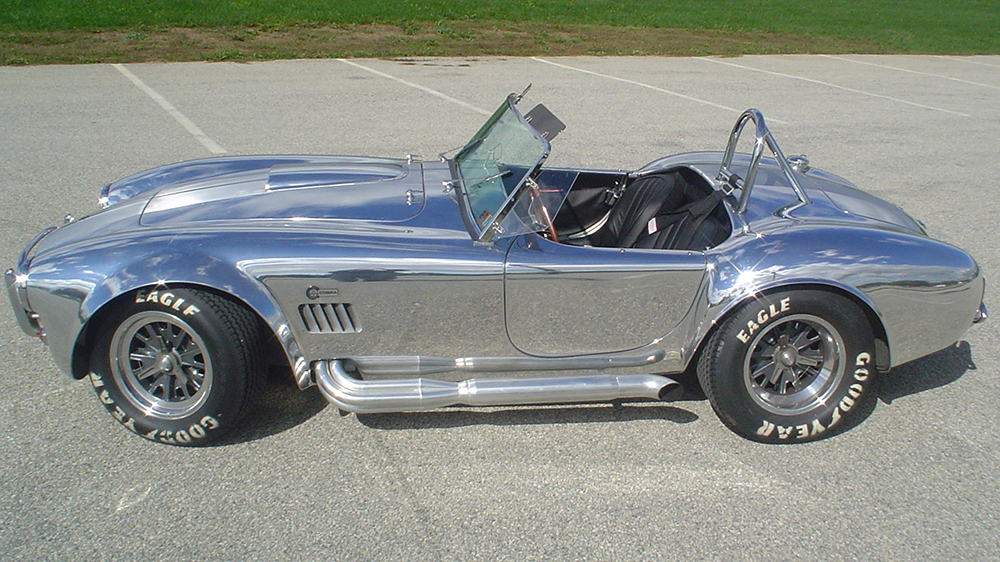 The roadster in profile Mecum Auctions

Mecum Auctions is putting the rare car up for auction in Tulsa from June 9 to 11. No pricing estimates are listed, but a similar model hammered down for approx. $289,000 in 2020, Designboom noted.

Collectors, get those bids ready.