Offered for private sale by RM Sotheby’s, this historic racer campaigned at Daytona and Sebring.

Offered for private sale by RM Sotheby’s is a historic Porsche from the age when the German marque’s examples were as rough and rugged as they were fast and competitive. The 1980 Porsche 935 JLP-2 is a very special race car. The second of the JLP Racing 935s, this example—bearing chassis No. 009 00043 and fitted with engine JLP4—was built in the United States to 935 K3 (Kremer) specification—just prior to its successor, the spaceframe-based JLP-3. Marking the time from its earliest motorsport history, its bodywork wears the unmistakable John Paul blue-and-yellow pastel livery, and is festooned with BBS and Newsweek logos that perfectly recall the era.

With BBS wheels as deep as the growl from the car’s 3.0-litre, flat-six engine, the 935 cuts a flamboyant profile that scarcely reveals the 911 shape from which it was derived. With its louvered slantnose, capacious side scoops and massive spoiler, the 935 looks like a prototypical Hot Wheels toy writ large. But this brute was far from a plaything.

In 1980, competing in the most gruelling endurance race of them all, the JLP-2 finished ninth overall and second in class at the 24 Hours of Le Mans, driven by John Paul, Guy Edwards and John Paul, Jr. In 1982, the car finished third overall in the 12 Hours of Sebring, and, the next year, took fourth overall at the 24 Hours of Daytona—a contest it competed in five times. In total, this Porsche 935 was campaigned in nearly 50 races between 1980 and 1985. 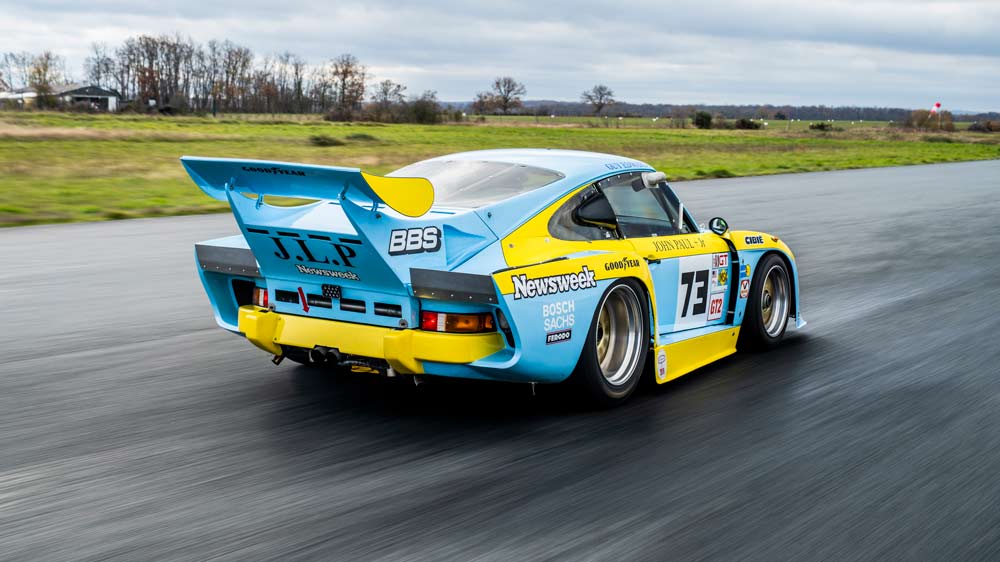 The JLP-2 finished ninth overall and second in class at the 24 Hours of Le Mans. Photo by Remi Dargegen ©2020, courtesy of RM Sotheby’s.

Its condition reflects a restoration performed by Andial that took place from 1994 to 1995. It went to France in 2010, and more recently, was a Le Mans Classic and Classic Endurance Racing participant in 2016 and 2018. The car has recently received a full engine and gearbox rebuild, as well as preparation for vintage competition, carried out last year by well-known Crubilé Sport. 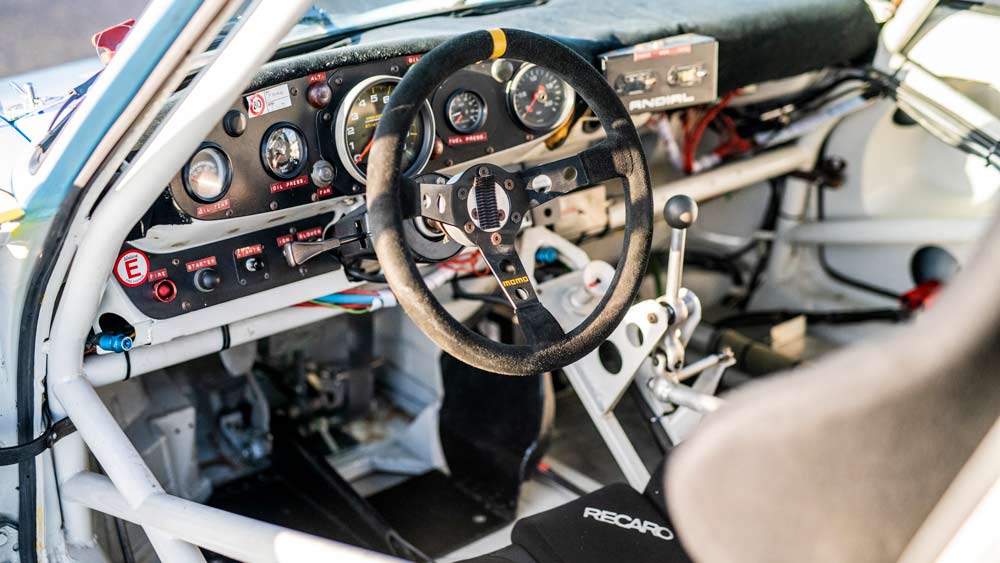 This Porsche is a top-notch competitor, eligible for historic races worldwide. The flat dash, with its controls, buttons and switches identified by crookedly applied, period-correct red Dymo labels, evokes a bygone era when cars were made by hand and fine-tuned on the fly. Its new owner will doubtless be eager to turn back the hands of time, stab the start button and take to the track. But that’s only after the approx. $2.7 million asking price is met.