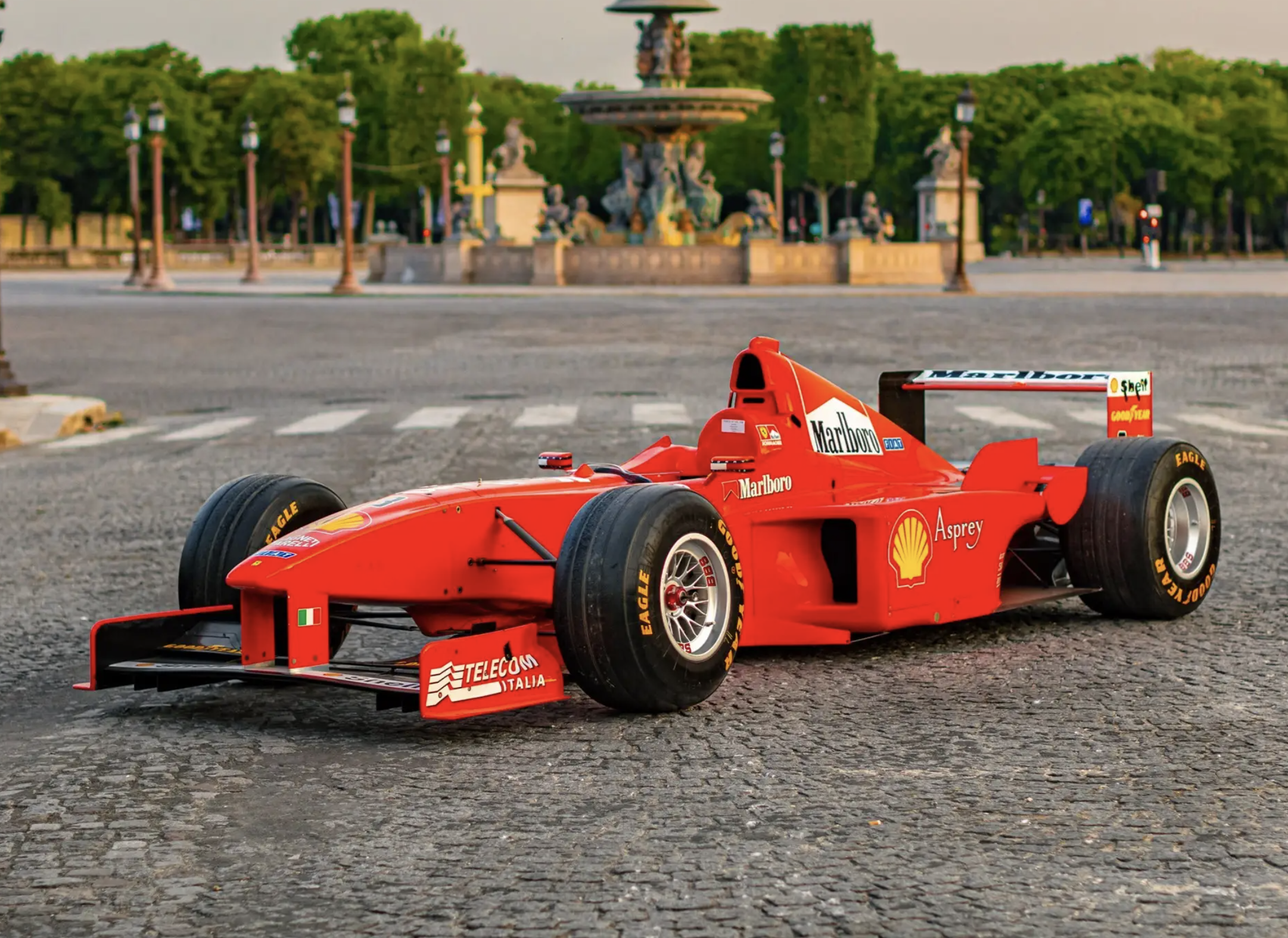 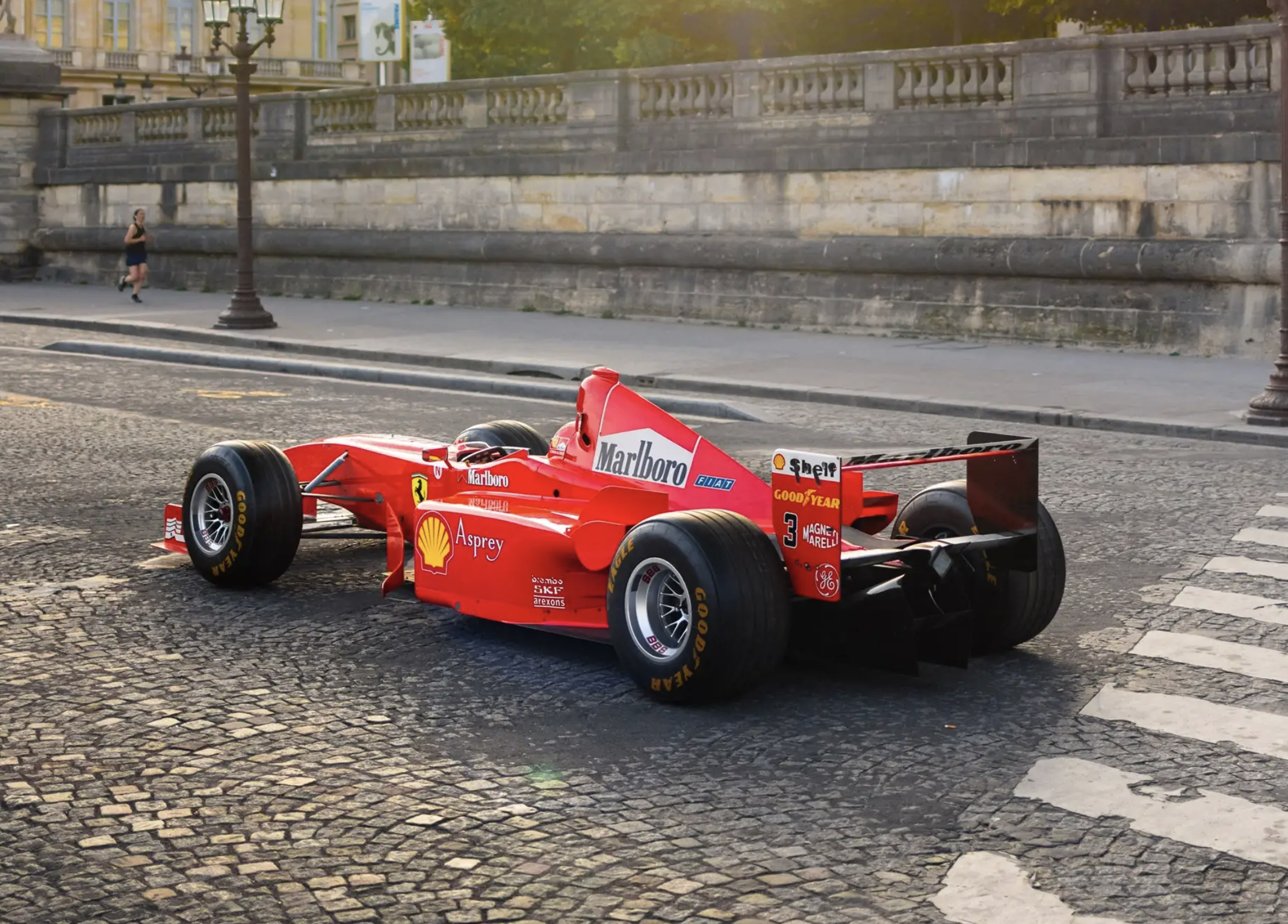 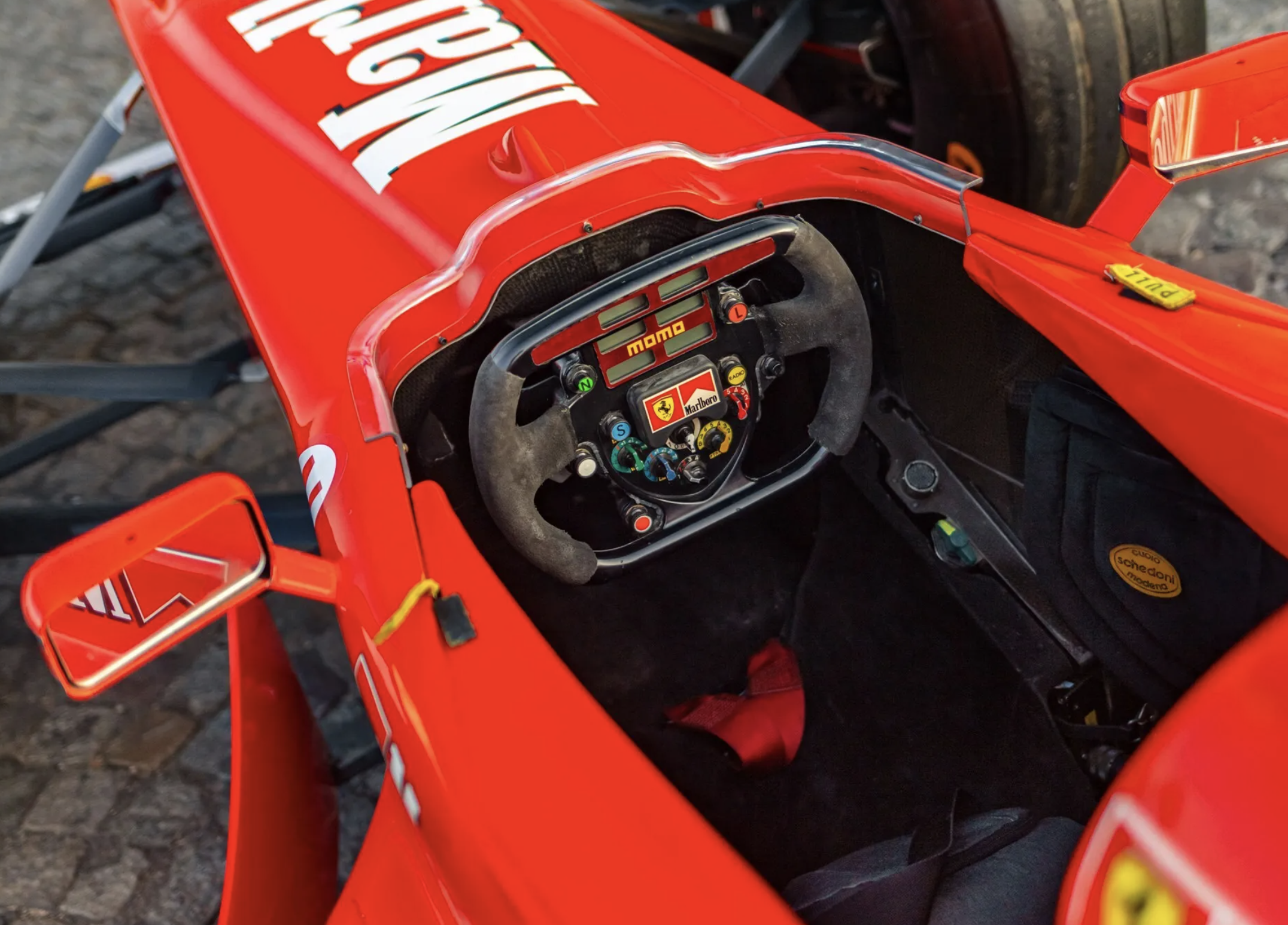 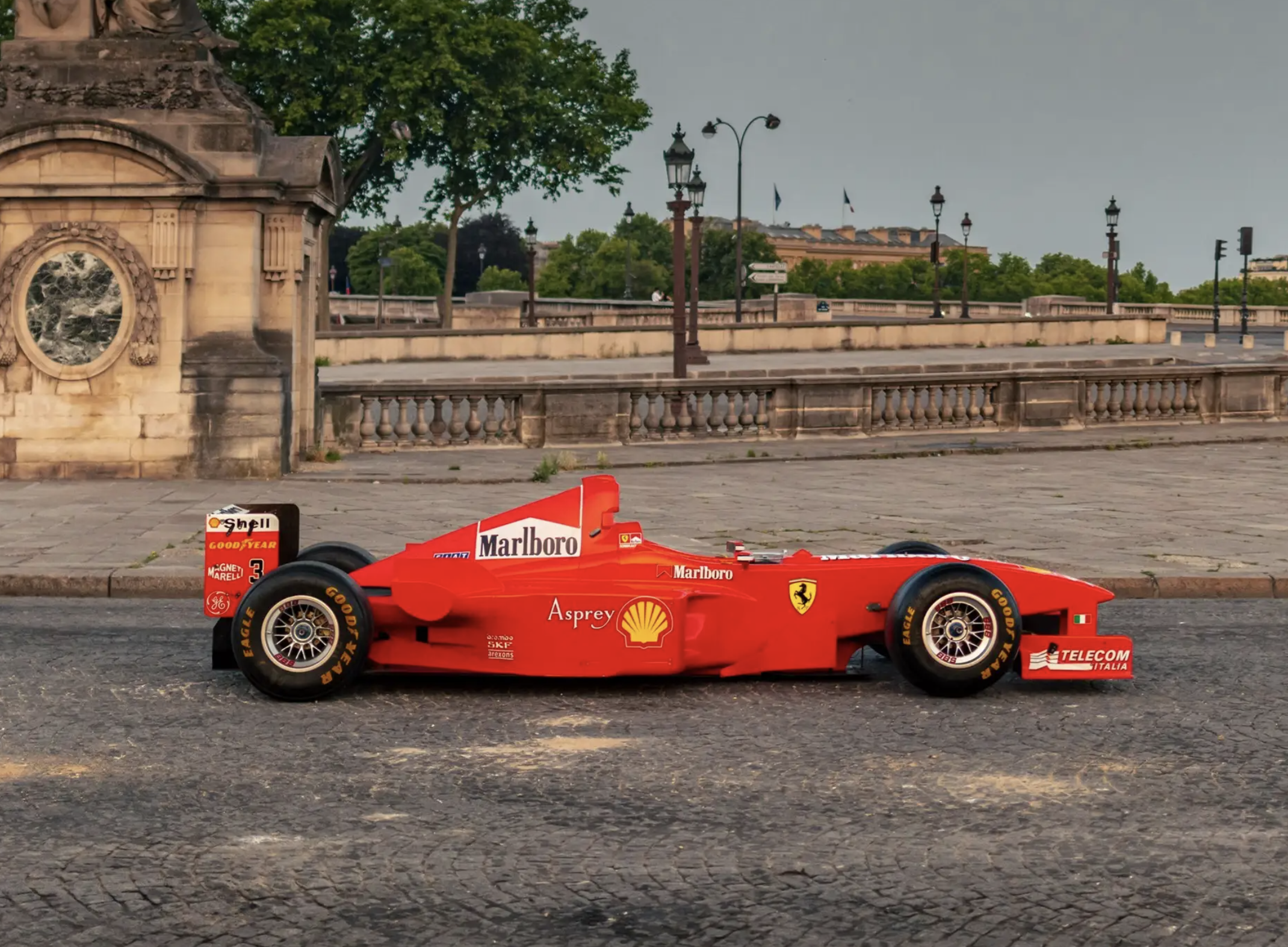 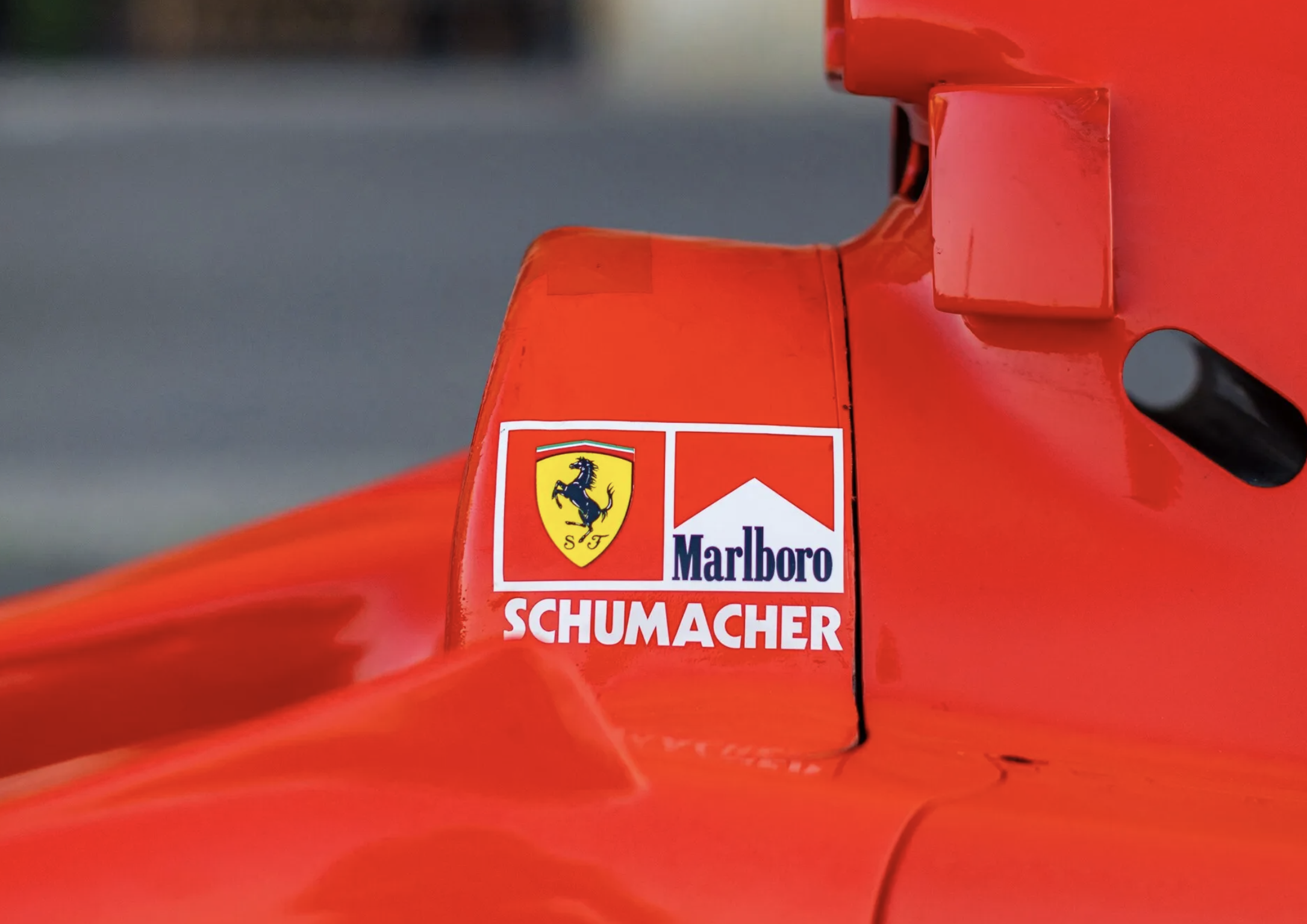 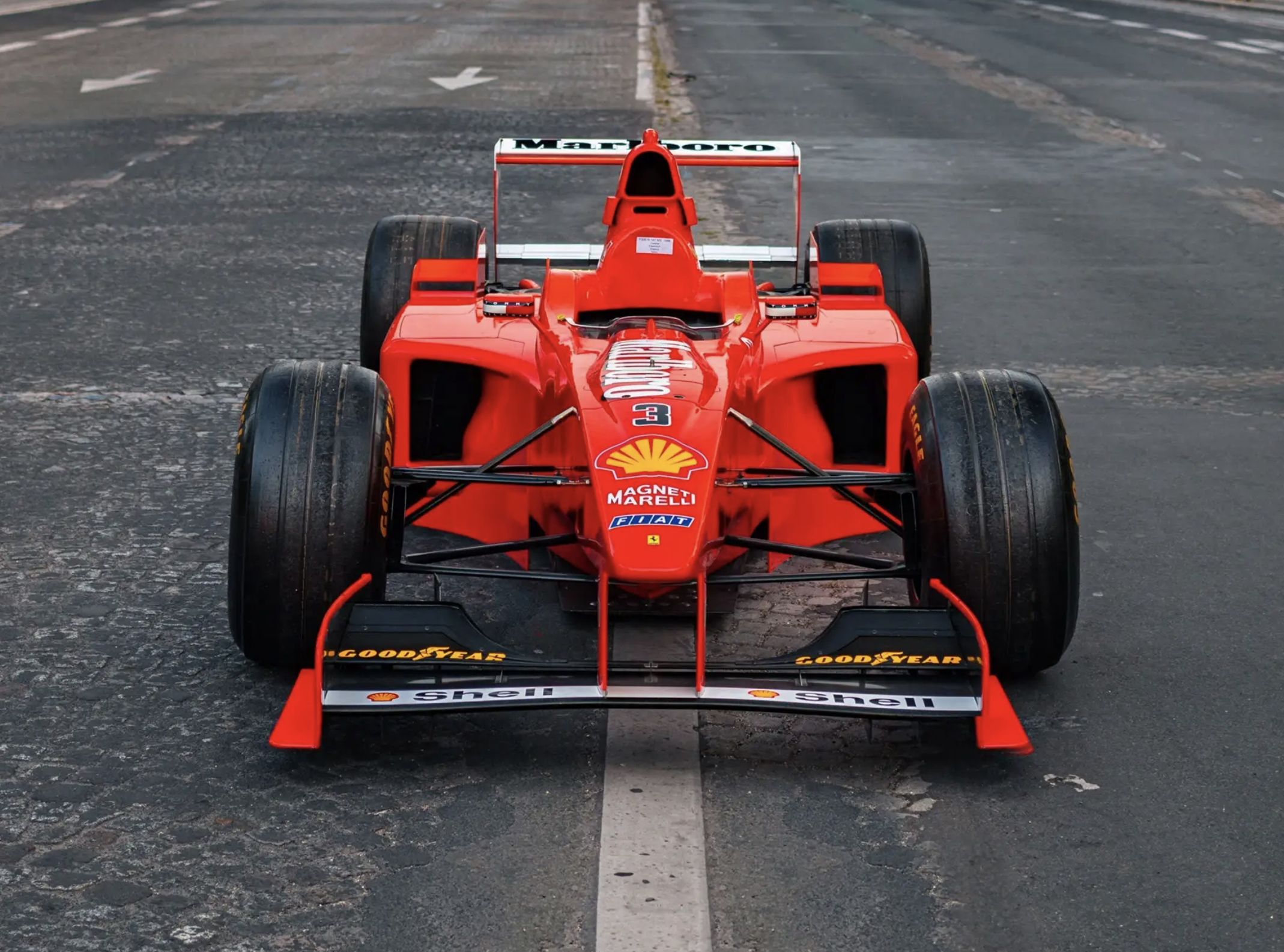 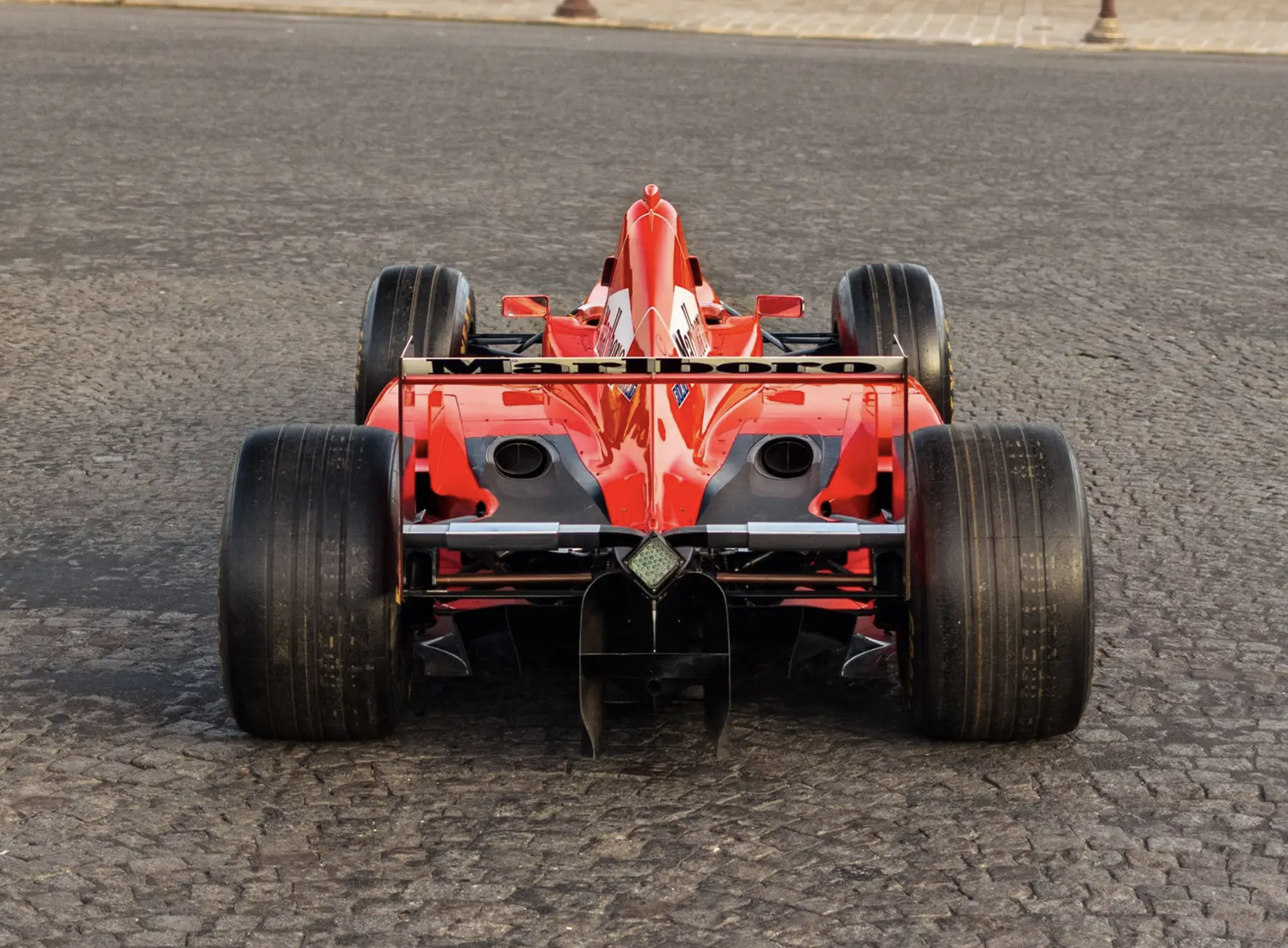 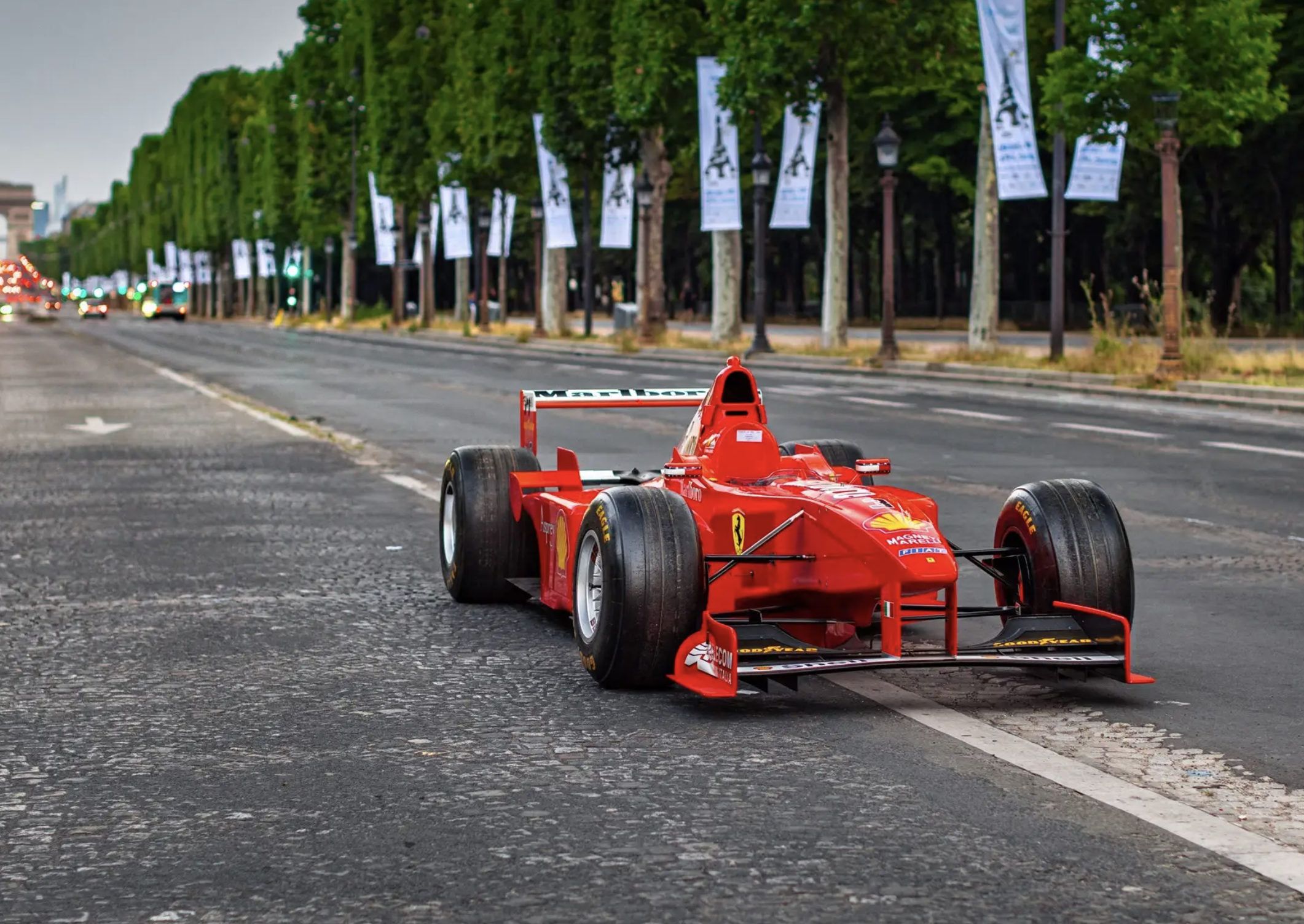 This particular chassis was undefeated in four grand prix.

It’s rare that one comes to own a raced Formula 1 racecar. It’s rarer still when that chassis was raced by the inimitable Michael Schumacher to victory in four different grand prix, making it the most successful Ferrari chassis across all eras.

However now, courtesy of RM Sothebys at Monterey Car Week, is the unrepeatable opportunity to own the 1998 Ferrari F300 chassis number 187 raced by Michael Schumacher to victory at the Canadian, French, British and Italian Grand Prix. The latter, a particularly famous win in Monza in front of the Italian tifosi in which the victory saw Schumacher came from behind in the Driver’s Championship to tie with Mika Hakkinen. Ultimately Schumacher and Ferrari would finish the ’98 season in second place.

The F300 was unveiled on January 7 of 1998 in Maranello and employed a new 3.0-lite Tipo 047 V-10 engine that produced 588kW at 17,500rpm. A novel “periscope” exhaust system assembly designed by Willem Toet routed heat up and away from the F300’s seven-speed sequential gearbox; fresh air was similarly introduced through sidepod-mounted intakes and the aforementioned tower above the driver’s head.

Chassis 187 is believed to have been completed at Maranello in early 1998 and is the seventh of just nine total F300 examples built for that year’s Formula One World Championship season. Further, it is the most successful of three race-winning F300 examples used by the team and the only F300 to have a perfect race record.

The Most Successful, Undefeated Schumacher Car from RM Sotheby’s on Vimeo.

The Ferrari Scuderia held on to the chassis until September 1999 before selling it directly (and privately) to a collector and the current owner. In their 23 years of custodianship, chassis 187 has been tightly held and preserved — shielded from the public until now.

The piece of motoring finery has never been restored or altered from its as-raced condition and is now publicly offered for sale (and viewing) for the first time in history.

Here at Robb Report, we’ll be watching along closely to see what this priceless piece of machinery is worth.