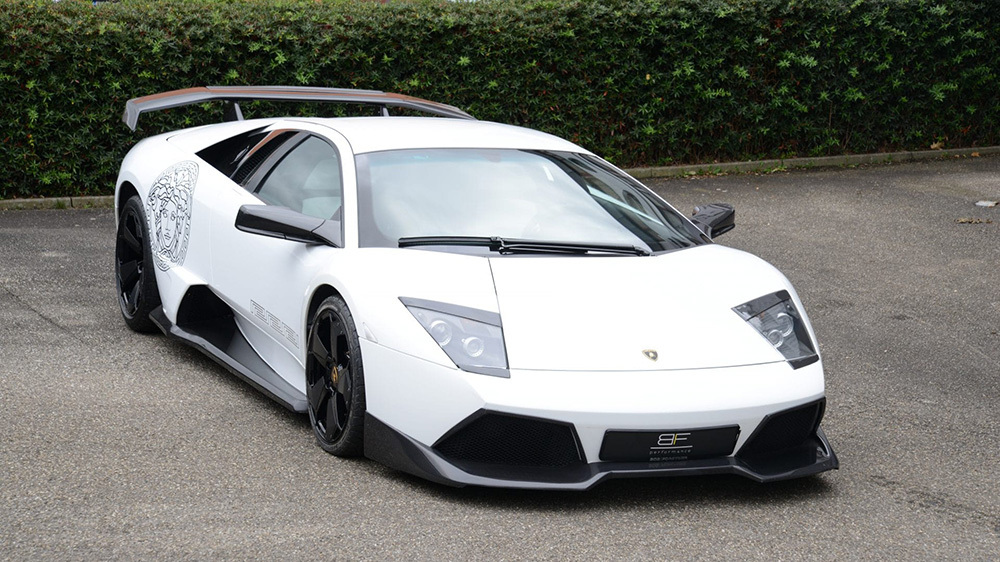 What’s more exclusive than a Lamborghini? How about one made with Versace.

No, we’re not talking about a custom supercar commissioned by a particularly enthusiastic fan of the two Italian luxury brands. The Lamborghini Murcielago Versace was a real, highly exclusive collaboration between the two companies. Only 20 were ever built, and now one has been posted for sale by UK-based exotic car dealer, Bob Forstner. 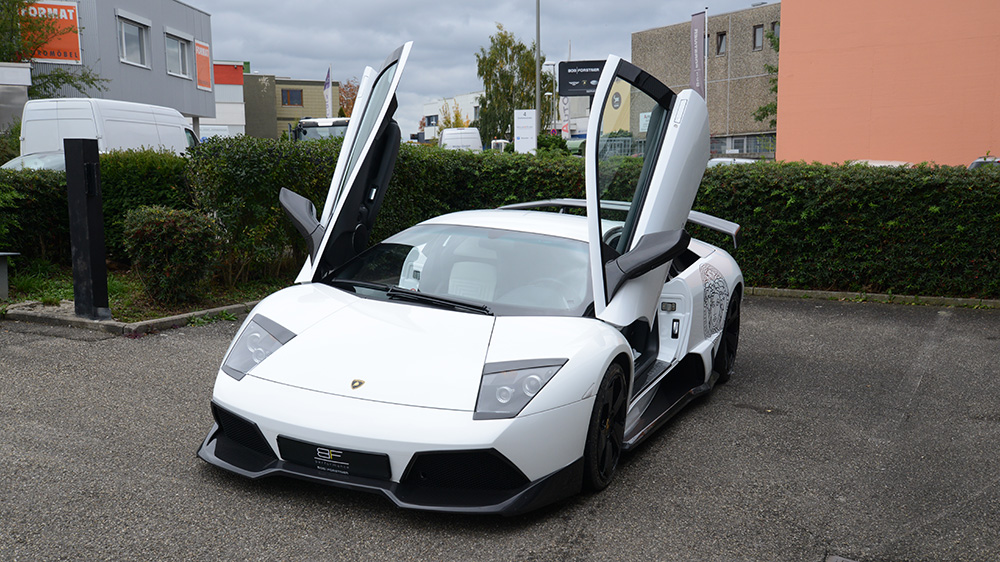 One look at the white 2012 Murcielago and it’s clear that there’s something a little different about this supercar. That’s because it sports a racing-style livery, with a number of references to the legendary fashion house. The boldest of these is the iconic Medusa’s head logo, which is emblazoned just before the rear wheel on both sides of the vehicle. The company’s signature Greek meandros pattern also runs along the bottom of the car’s scissor doors, and there’s special Versace badging at the rear of the car. This is all offset by black, carbon-fibre accents, including a skirt, spoiler and Reventon wheels. 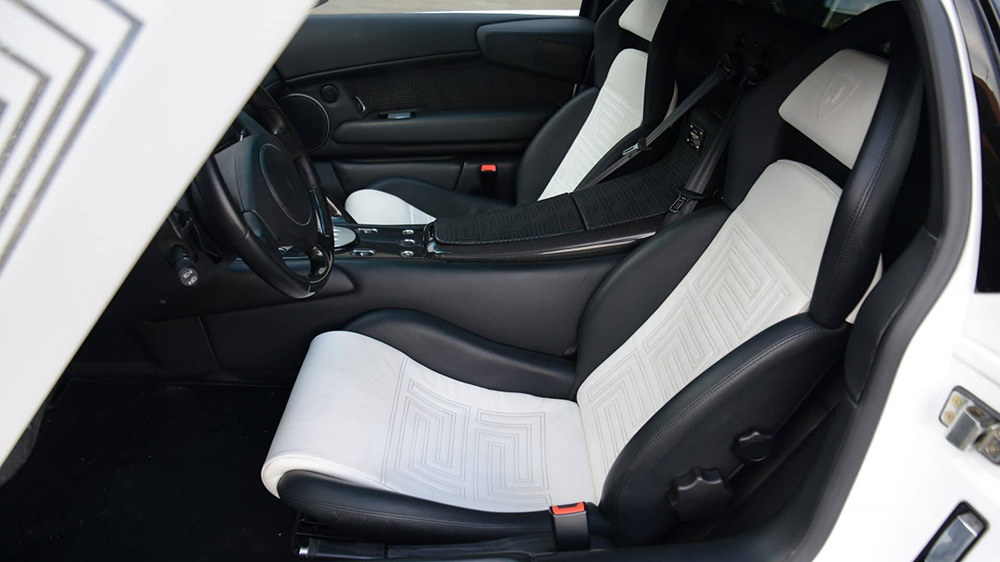 The Versace references continue inside the car’s two-tone, leather-covered interior cabin. There you’ll find sport seats with the same meandros pattern stitched into the centre beneath Lamborghini’s raging bull logo. There’s also a numbered silver plaques denoting the vehicle’s edition (eight, in this case). The two-door originally came with a matching leather driving gloves and suitcase, too, but there’s no indication in the sale listing that they are included.

Under the hood, you’ll find a brawny, naturally aspirated 6.5-liter V-12. Although the engine could produce an impressive 470kW originally, it’s been upgraded with a valvetronic exhaust system that boosts that figure up to 507kW, according to the dealer. The exclusive Murcielago has gone through just one owner since rolling off the production line, has less than 10,000 kilometres on the odometer and is said to be in “immaculate condition.” 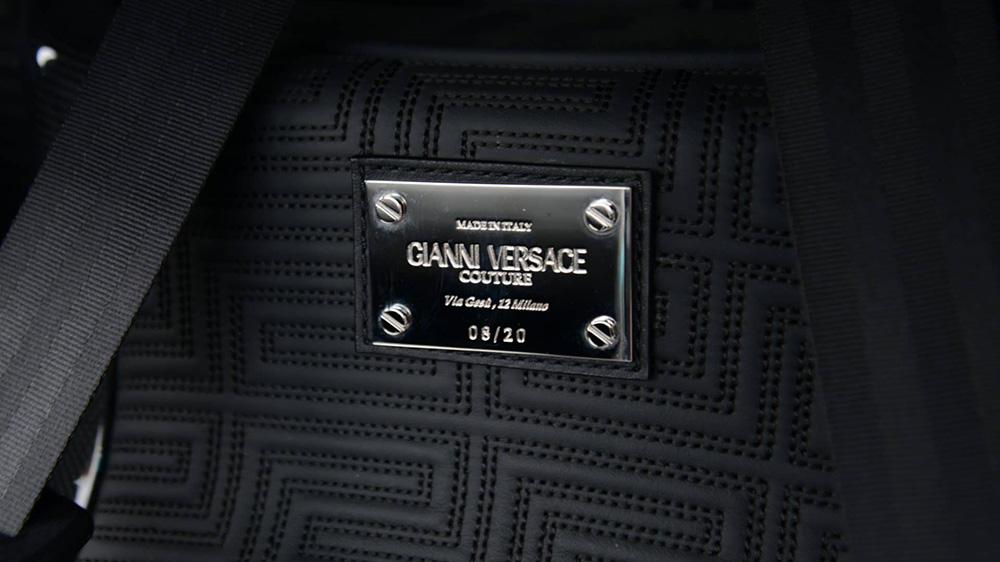 Bob Forstner hasn’t publicly listed a price for the car, but considering how rare the variant is, we expect it to be steep. If you’re looking to add a genuinely special and rare car to your collection, reach out to the dealer for more details.