According to Merriam-Webster, a supernova is the explosion of a star. It’s now also a multimillion-dollar hypercar thanks to Pagani. The Italian marque has just unveiled a shiny new Huayra Roadster BC named after the stellar phenomenon, and it appears to be almost as powerful and luminous.

The one-of-a-kind four-wheeler was commissioned by a wealthy Canadian collector, Olivier Benlouou of OB Prestige Auto, who worked directly with the automaker’s CEO Horacio Pagani to create Supernova. The dream machine was recently delivered to Pfaff Pagani of Toronto, who also assisted with the project. The stunner sports exposed carbon fibre finished in Oro Rosa (Italian for “rose gold”) paint. The centrepiece is the V-style front hood split that showcases the rose gold carbon and classic carbon weave.

The gleaming exterior is enhanced by gold glitter accents that adorn the convertible’s curves—just like stars in the night sky. If that’s not quite enough glitz, the exotic ride also features Bronzo Chiaro wheels with the same diamond sparkle, along with red callipers.

“This wasn’t the original configuration,” Chris Green, the general manager of the Toronto dealership, told Robb Report via email. “It was a last-minute change and we’re really glad Olivier decided to make the bold move.” 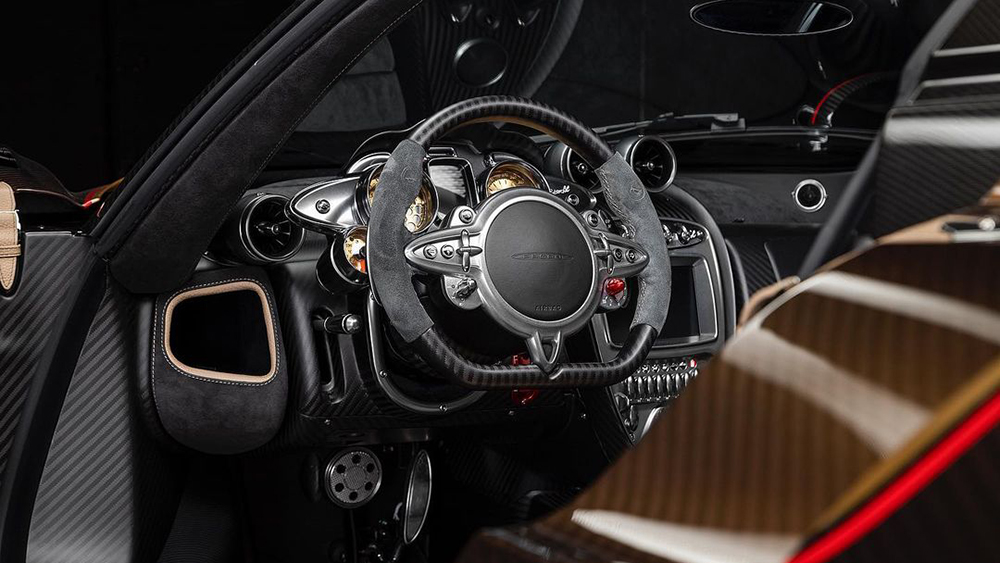 The car’s exposed carbon-fibre monocoque can be spotted inside. Pfaff Pagani of Toronto

The interior is comparably understated yet still exudes Pagani’s signature sense of luxury. It features a subtle combination of cream leather and a custom tartan on the seats, along with black Alcantara on the dash and gold cluster dials. But the pièce de résistance is surely the gearstick, which was crafted from milled layered carbon and balsa wood.

Under the hood, there was no need to mess with perfection. As standard, the Huayra packs one of AMG’s twin-turbocharged 6.0-litre V-12 that’s capable of delivering a beastly 596kW and 1049Nm of torque. This gives the speedster, which ordinarily tips the scales at 1250kg, the ability to soar from zero to 97km/h in roughly 3.5 seconds and reach a top speed of more than 320km/h. 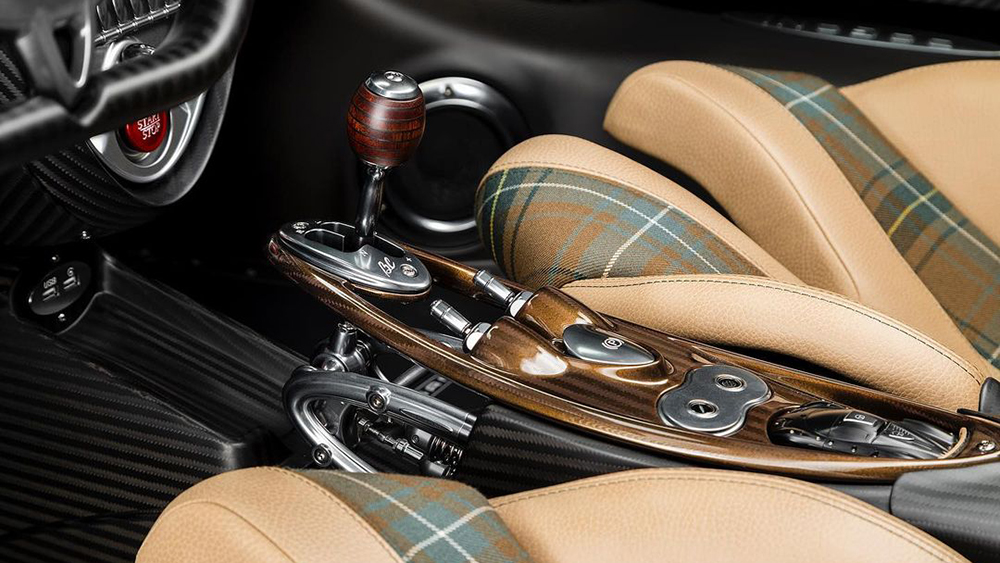 The seats see a combination of cream leather and custom tartan. Pfaff Pagani of Toronto

The Huayra Roadster BC, which made its debut in a racing game before appearing at the 2019 Monterey Car Week, will be limited to just 40 examples worldwide. This is currently the only model in the Great White North. Each car costs approx. $4.6 million from the factory, making it one of the most expensive new rides on the roads. If you add to that painstaking customization, you can imagine the final price of Supernova would’ve been nothing short of, well, astronomical.  But hey, that’s the price of stardom.