The race returns to the Formula 1 calendar.

After a year-long hiatus, the Monaco Grand Prix is returning to the Formula 1 calendar. And to make sure it does so in style, it’s turned to Louis Vuitton.

The Automobile Club de Monaco and iconic French luxury house announced a multi-year partnership in a joint press release on Monday. Starting with the 78th edition of the race later this month, one of motorsport’s most cherished trophies will come with its own glamorous Louis Vuitton carrying case.

First held in 1929, the Monaco Grand Prix is one of the most prestigious automobile races in the world, forming, along with the 24 Hours of Le Mans and the Indianapolis 500, the unofficial Triple Crown of Motorsport. Its gold trophy, which depicts each of the 3.3-kilometre racing circuit’s 19 turns, has been claimed by a who’s who of open-wheel racing greats, including Ayrton Senna, Graham Hill, Michael Schumacher, Alain Prost and, most recently in 2019, Lewis Hamilton. 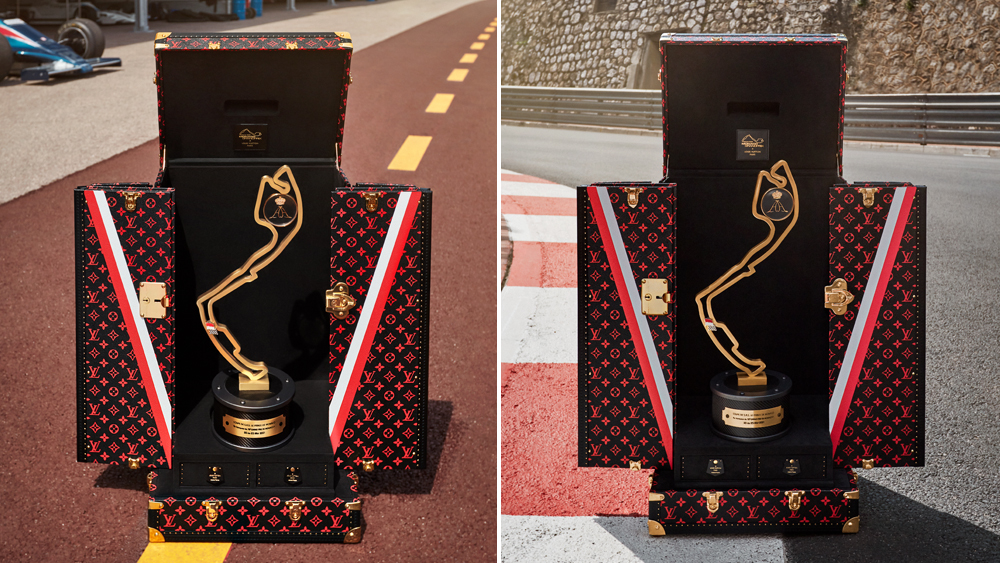 This year’s trophy will be awarded on May 23 and will come in a luxurious bespoke trunk. Hand-crafted in the Louis Vuitton’s Asnières workshop on the outskirts of Paris, the deluxe carrying case is covered in the house’s iconic monogram canvas, presented here in the same red shade as the Monaco flag. The front of the trunk is also adorned with a giant letter “V” in red and white stripes.

“At almost 300km/h between the rails, it’s the Formula 1 Grand Prix that all drivers aspire to win one day,” Louis Vuitton chairman and CEO Michael Burke said in a statement. “Today, we are proud to be associated with the championship and to together start writing a piece of history.”

The partnership marks the first time Louis Vuitton has collaborated with the Automobile Club de Monaco, but it’s far from the brand’s first involvement with the world of sport. Just last fall, the house designed a similar trunk for the NBA’s Larry O’Brien Championship Trophy. It has also produced carrying cases for the World Cup and French Open trophies. As the brand is fond of saying, “Victory travels in Louis Vuitton.”