The futuristic Merc has no steering wheel and can drive diagonally.

Mercedes-Benz just proved truth is stranger than fiction. The German marque has released actual driving footage of its Avatar-inspired electric vehicle and it’s even more insane than the initial renderings.

The Vision AVTR concept was unveiled at CES earlier this year, but most assumed the fantastical four-wheeler would never see the light of day. Roughly nine months on, the automaker has showcased a working prototype in a 13 minute YouTube video—and it’s futuristic, to say the very least.

Designed in partnership with Avatar creator James Cameron, the Vision AVTR utilises biometric controls to help the driver and vehicle merge into a “symbiotic organism.” Kind of like how the Na’vi merge with the flying mountain banshees in the 2009 sci-fi epic. But instead of forming a neural connection with the Vision AVTR, drivers will control it through a pulsating sensor in the centre console.

“Instead of a conventional steering wheel, the multifunctional control element in the center console allows human and machine to merge,” Mercedes said in a press release. “By placing the hand on the control unit, the interior comes to life and the vehicle recognizes the driver by his or her heartbeat and breathing.” 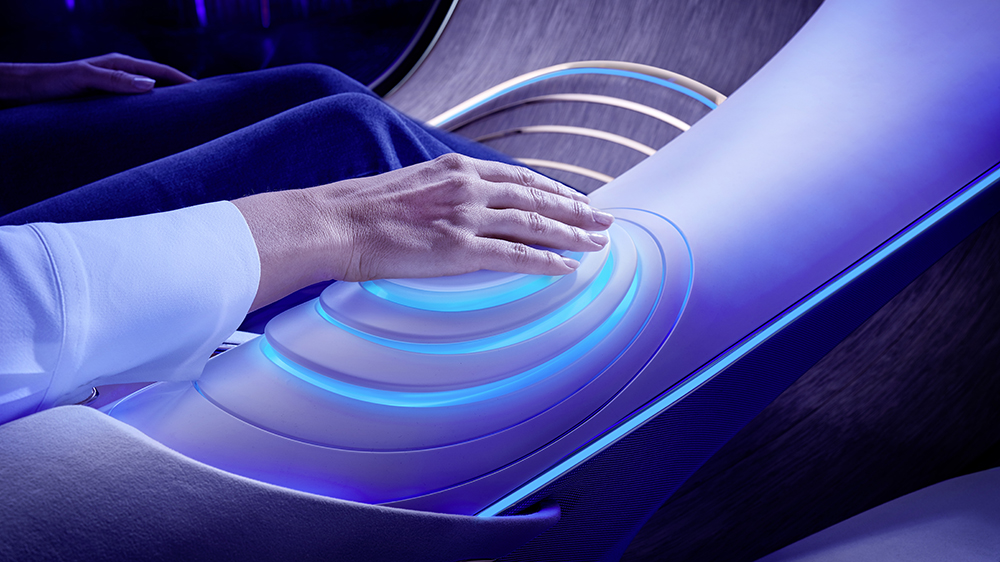 The car is also fitted with “bionic flaps” that emulate the scales of a reptile and add to the striking techno-organic aesthetic. These flaps “communicate” with the outside world via subtle gestures, moving intuitively to signal when the driver is accelerating or slowing down, for example. This animal-like movement extends to the steering. The vehicle features “crab movement,” just like Hummer’s recently teased zero-emission utility truck, and can drive both sideways and diagonally. 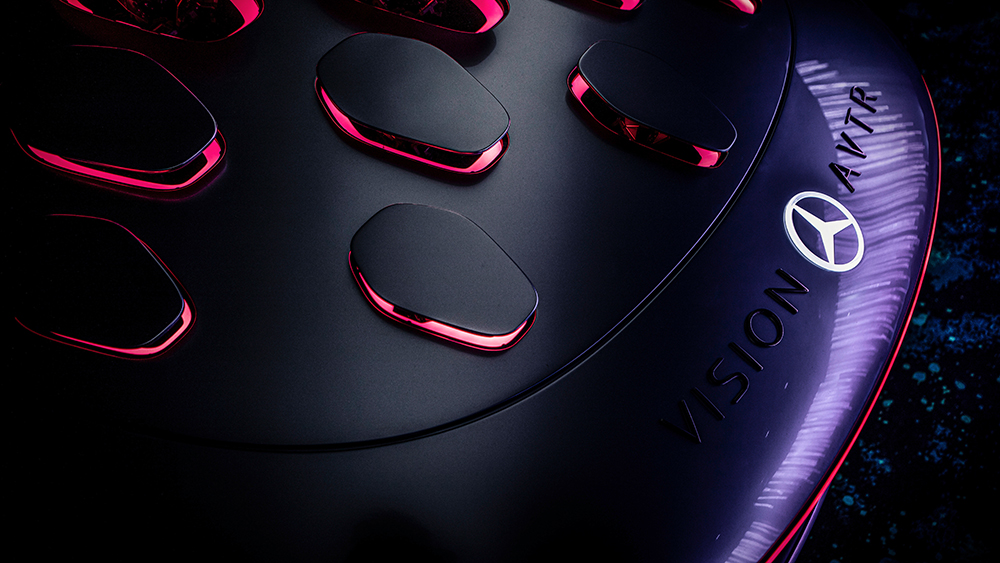 Since Cameron is a noted environmentalist, the car is suitably green. According to Mercedes, the EV powered by “a revolutionary battery technology based on graphene-based organic cell chemistry that is completely clean of rare earths and metals.” In short, the battery is completely recyclable. The car also features eco-friendly materials—think vegan leather and sustainably sourced wood—to guarantee environmental sustainability throughout the entire production process.

The timing couldn’t be more perfect, either. Cameron recently announced Avatar 2 is 100 percent complete and Avatar 3 is roughly 95 percent finished. Hopefully, that means there will also be some sequels to this design