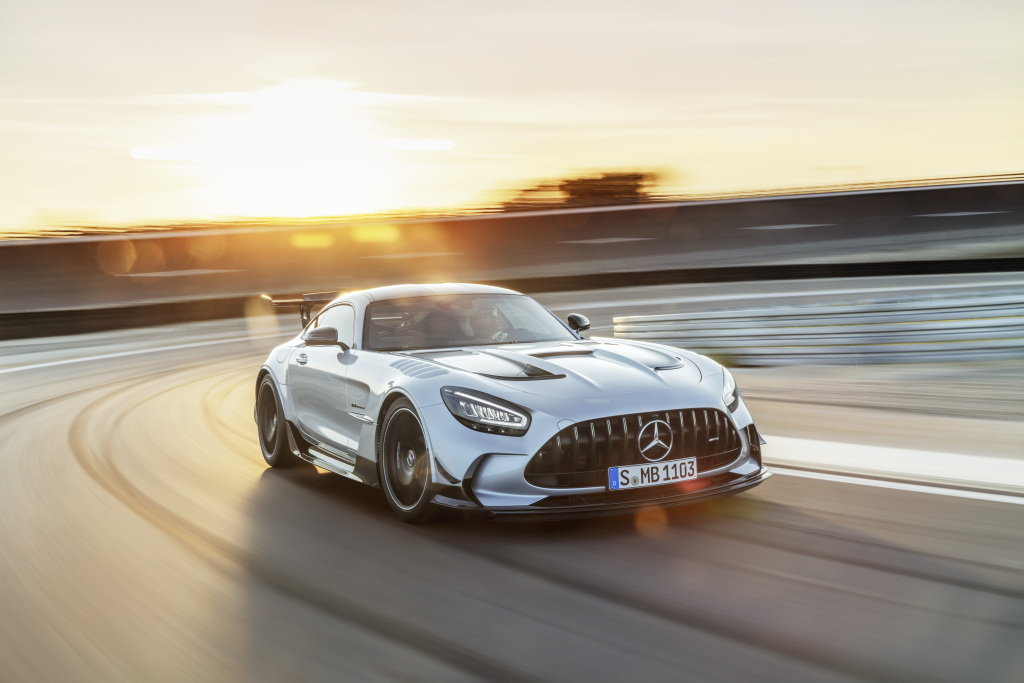 Days after it was teased in an official YouTube video, Mercedes-AMG has finally unveiled the 2021 GT Black Series. And while anticipation for the final iteration of the sports car was already sky-high, it’s unlikely that anyone expected the vehicle to be this enticing.

That’s because the GT’s limited-edition swan song is one of the most powerful road vehicles to ever bear the Mercedes star. While the teaser made clear the high-performance variant was heavily inspired by the AMG’s GT3 race cars, it’s now evident that the GT Black Series would be more than at home on the track. 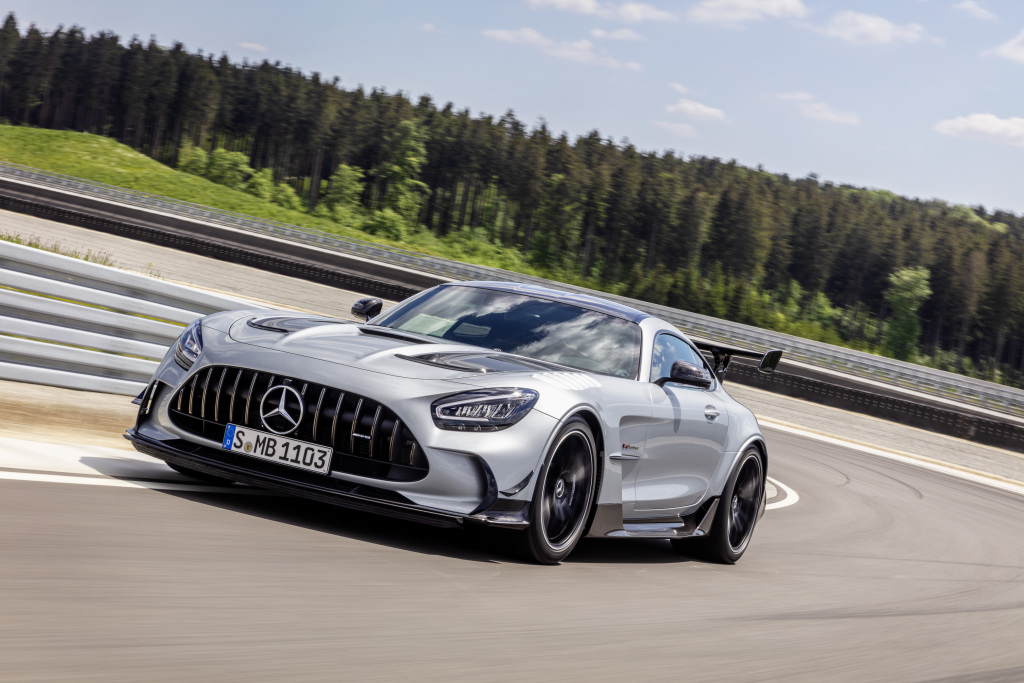 For proof, just take a look under the hood. The GT Black Series is powered by the M178 LS2 engine, a heavily modified version of the twin-turbocharged 4.0-litre V8 used in the previous high-performance GT variants, the GT R and GT R Pro.

Thanks to bigger turbos and new flat-plane crankshaft design, the engine is AMG’s most powerful V8 of all time, according to a press release. And that’s not just hyperbole, either, as the motor can churn out 536kW horses and 800Nm of torque. All this power is sent to the car’s rear wheels via a reworked seven-speed dual-clutch transmission. The result is a speedster that can zoom from 0 to 97 km/h in just 3.1 seconds, 0 to 200km/h in nine seconds and hit a top speed of 325km/h.

Those performance times aren’t just due to GT Black Series’s behemoth engine. It turns out the car’s lower and larger grille, air scoop, prominent vents and gigantic rear wing aren’t just for looks. While all these touches give the vehicle some definite aggressive style, they—along with a new diffuser, fins and extra-wide fenders—also help the car more efficiently handle air and increase downforce.

Also boosting the vehicle’s performance is the use of light-weight carbon fibre throughout the body, chassis and in mechanical elements like the driveshaft and transmission mount. 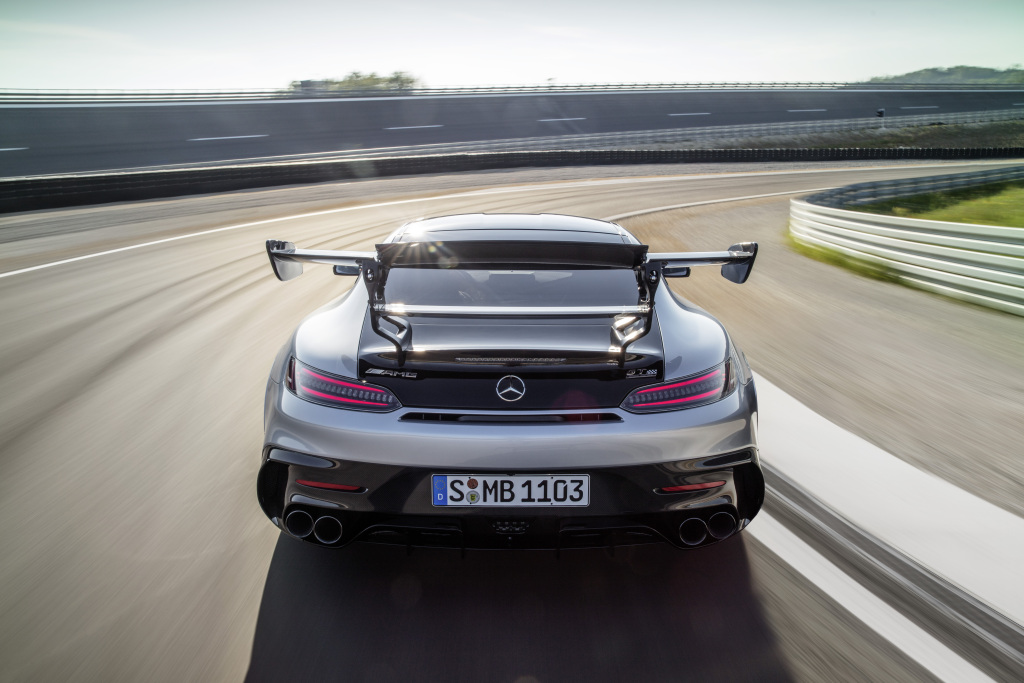 The GT Black Series’ impressive technical specs and performance numbers may now be clear, but a price for the limited-edition vehicle has yet to be revealed. Deliveries are expected for Australia in 2021 albeit in limited numbers.