The Land Rover Defender is getting its first major upgrade since its reintroduction, and it’s fair to say the power hungry among us won’t be disappointed.

Starting with the upcoming 2022 model, both versions of the Defender—the three-door 90 and the five-door 110—will be available with a potent new V8 engine. And that isn’t the only change in store for the beloved SUV. It’s also getting a new variant, new trim packages and a new flagship model, the Carpathian Edition. 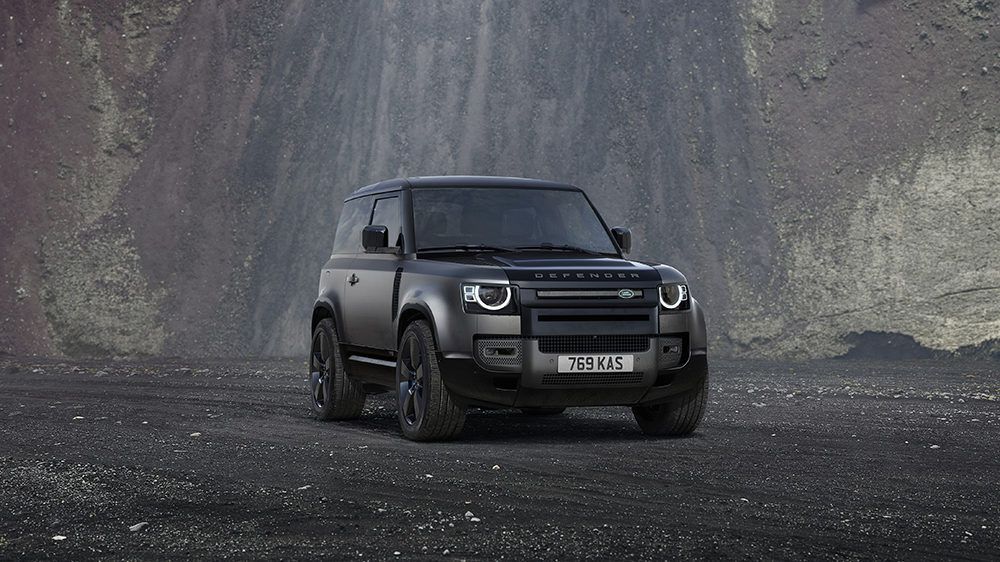 But first things first, that mill. It’s 5.0-litre supercharged V-8 and will make the vehicle the fastest and most powerful production version of the 4×4 yet, according to the marque. Mated to an eight-speed automatic transmission, the powerhouse is capable of delivering an impressive 386kW and 625Nm of torque, regardless of which body style you choose. The new drivetrain can also rocket the Defender 90 from zero to 100km/h in an alleged 5.2 seconds and reach a top speed of 240km/h (performance figures for the Defender 110 weren’t provided, but we assume it’s a tad slower). While those number may pale in comparison to some of the other vehicles this magazine covers, they make the Defender V-8 one of the faster SUVs currently on the market.

If power isn’t your top priority, or you’re more concerned about reducing emissions, Land Rover will still offer the Defender with either a 2.0-litre Ingenium I4 or mild hybrid 3.0-litre turbocharged Ingenium I6. The former produces 220kW and 400Nm of twist and the latter 295kW and 550Nm of twist. Both of the Ingenium engines offer plenty of pep for the average driver, but if you care about power or speed you’ll want the V-8. 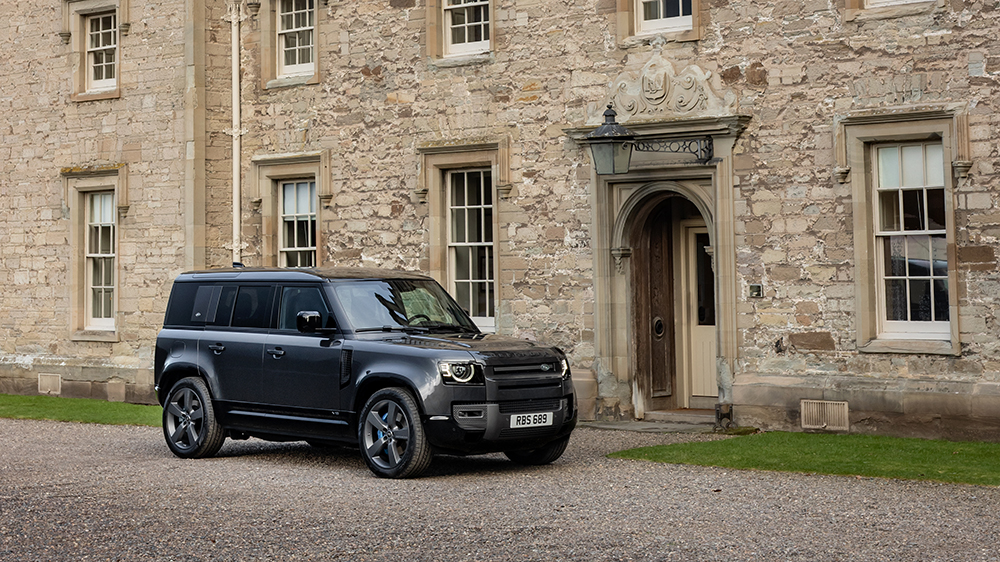 Beyond its engine, the Defender V8 offers a slew of new features designed to optimise performance. The SUV’s suspension and transmission have been specially tuned, including bespoke spring and damper rates and a new electronic active rear differential, to ensure the added power doesn’t rob it of any of its agility. The introduction of a new and unique Dynamic program within the vehicle’s Terrain Response system also means you’ll be able to feel the benefits of the new powertrain while off-roading. It’s also been equipped with larger-diameter anti-roll bars and a yaw controller to improve handling and reduce the risk of body roll while cornering. Additionally, the Defender V8 rides on 22-inch alloy wheels that help set it apart from the other models in the range, comes with special badging and is available in three colours—Carpathian Grey and Yulong White, both of which feature a Narvik Black contrast roof, as well as Santorini Black. 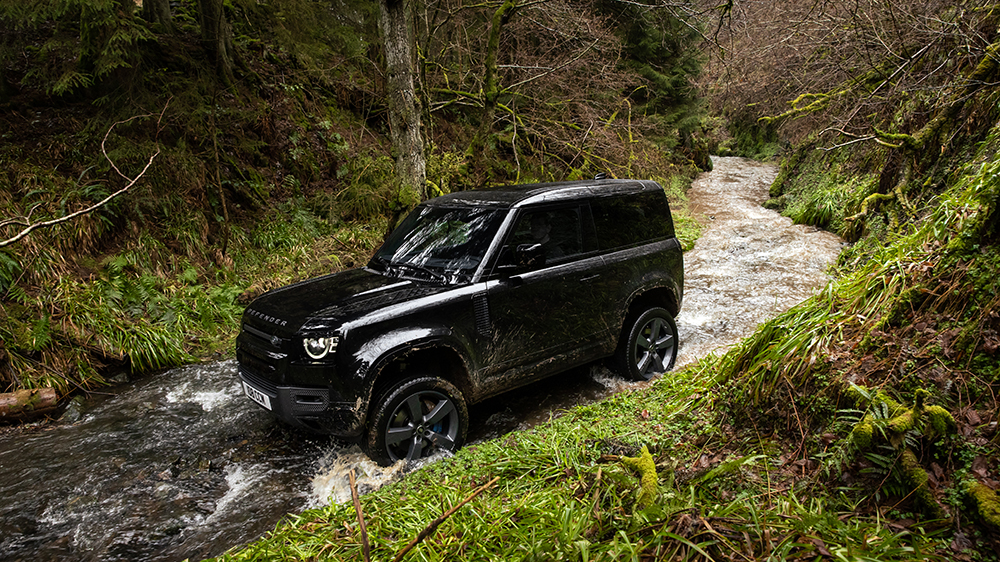 There are changes in store for the other Defenders as well. The new XS Edition replaces the popular First Edition variant for both the regular 90 and 110. It features bespoke body colour, lower cladding, lower wheel arches, 20-inch alloy wheels finished in Satin Silver and is available in four new colours—Silicon Silver, Hakuba Silver, Gondwana Stone and Santorini Black. Inside the special-edition model you’ll find 12-way, heated-and-cooled electric memory seats, lots of leather and illuminated metal tread plates. The other trim packages—the S, X-Dynamic and X—can also be dressed up with three new exterior packs. The Bright Pack, Extended Bright Pack and Extended Black Pack, as well as over 170 available accessories, offer more ways to personalize your Defender than ever before.

The Defender V8 is also getting its own exclusive variant: the Carpathian Edition. Slotting in as the new flagship, it’s billed as the range’s “ultimate expression of performance, durability and design.” It is available exclusively in Carpathian Grey with a Narvik Black contrast roof and is the first of the new Defenders to come with a tailgate. In addition to special badging, the exterior is finished in Land Rover Satin Protective Film, giving the vehicle a striking matte look. Inside you’ll find Miko Suedecloth seats, an Alcantara-wrapped steering wheel and illuminated tread plates. 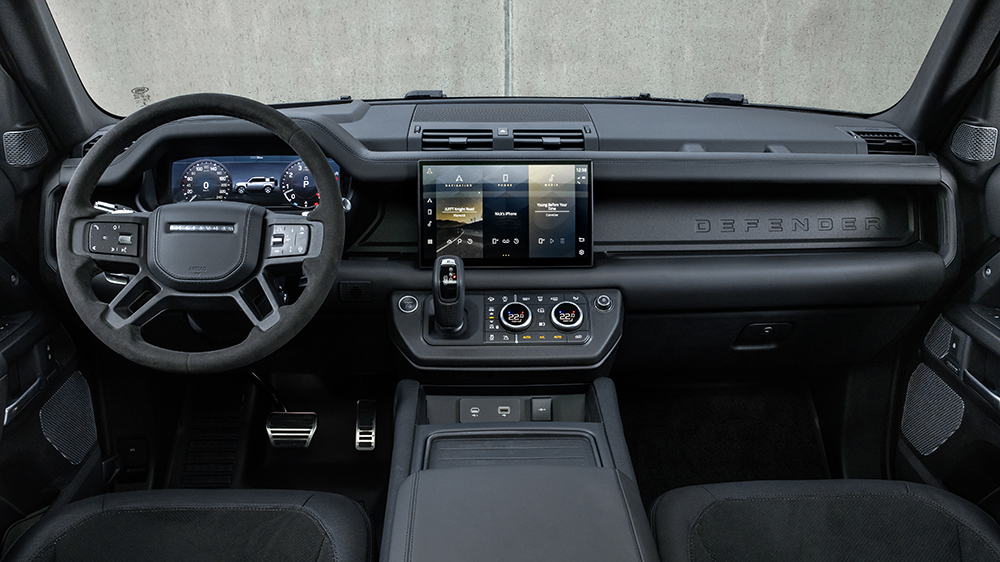 Each new Defender 90 and 110 is also getting an upgraded Pivi Pro infotainment system. The biggest change is the option of a larger 11.4-inch touchscreen, which offers 60 percent more screen space than before. Wireless charging, an integrated signal booster and WiFi signal are all now standard, so you can count on improved signal and call quality while driving, too.