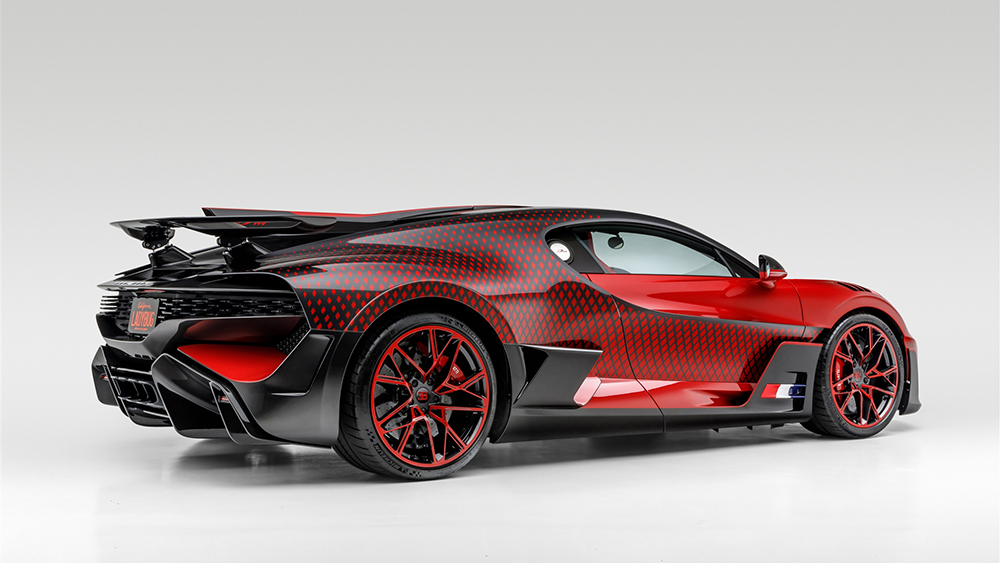 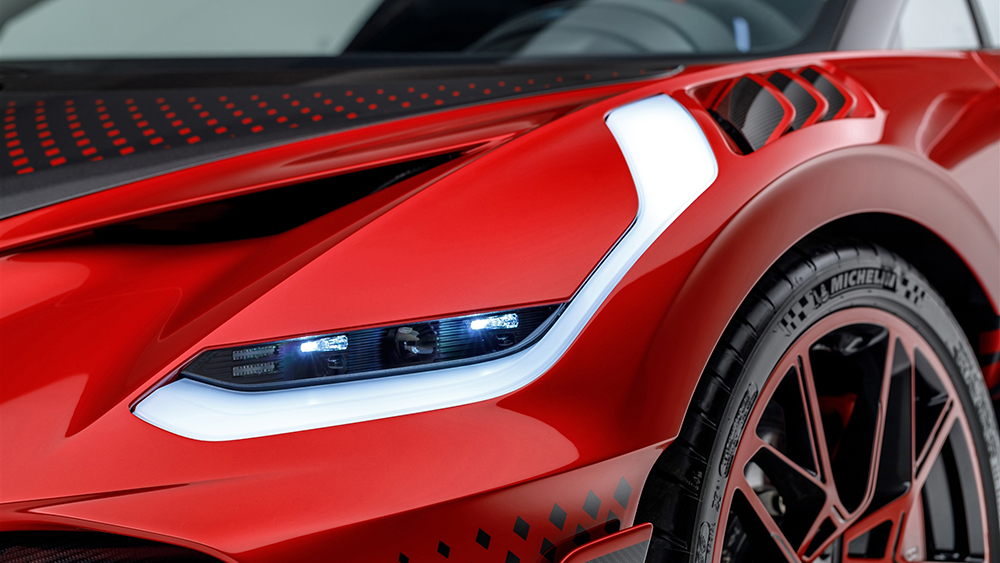 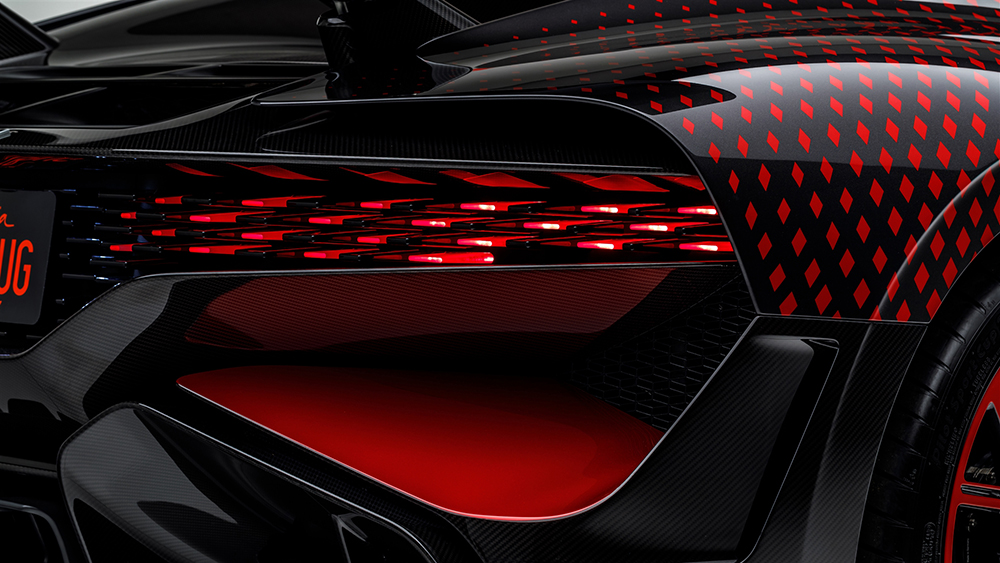 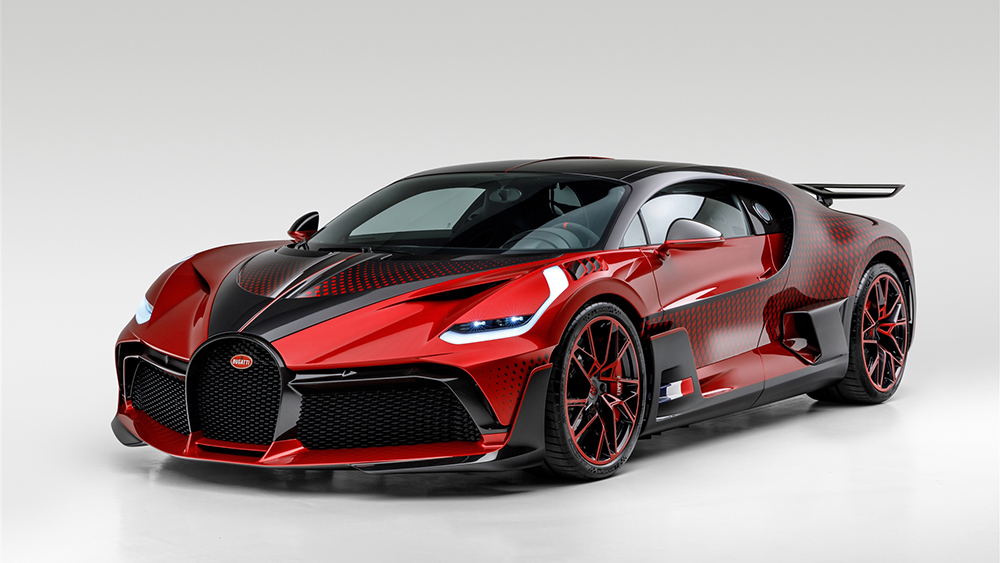 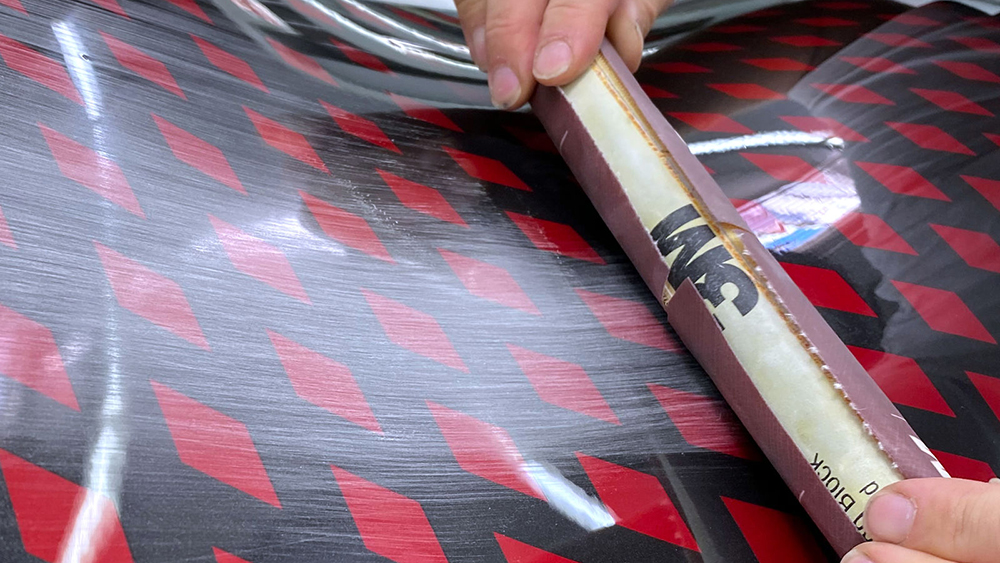 With a paint job so complex it took two years to finish.

Ettore Bugatti once said: “If it is comparable, it is no longer Bugatti.”

One hypercar collector has taken that notion quite literally and pushed the French marque’s customisation expertise to the nth degree to create a Divo like no other.

The distinctive four-wheeler, which was christened Lady Bug, has a truly singular livery that takes cues from its creepy-crawly namesake. The exacting U.S. customer tasked Bugatti with creating “a strict geometric pattern consisting of diamond shapes in a unique colour contrast” to differentiate his Divo from the 39 others that will eventually be on the roads. 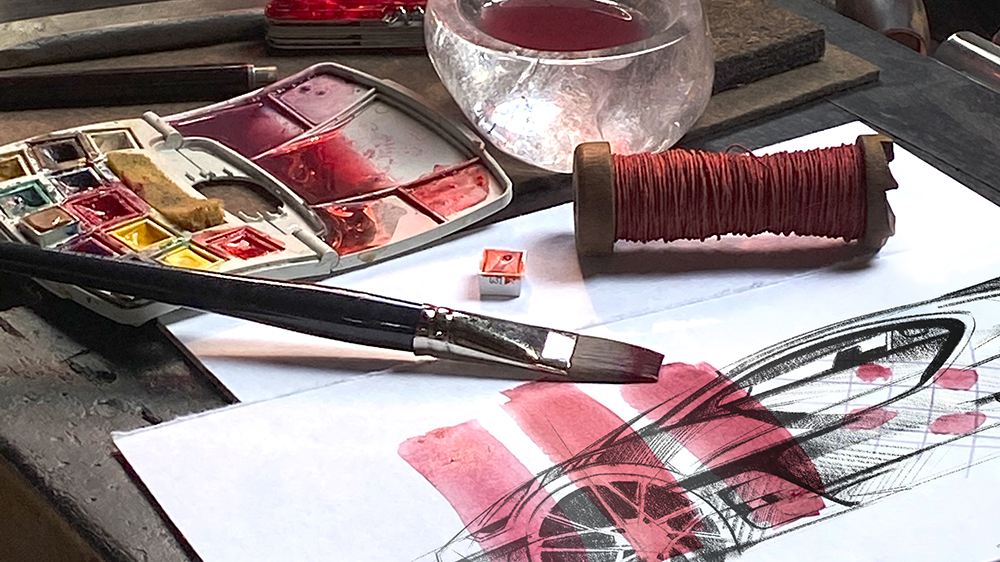 The initial sketches of the one-of-a-kind Divo. Bugatti

This proved to be no easy feat. In fact, the project took roughly two years to complete and was so taxing that Bugatti nearly threw in the towel at one point. The hardest part was precisely applying that eye-catching pattern. Each time the design team tried to apply the diamond stencil to the bodywork, it became distorted thanks to the car’s contours, curves and ribs. Basically, the digital graphics created in CAD just weren’t translating IRL. 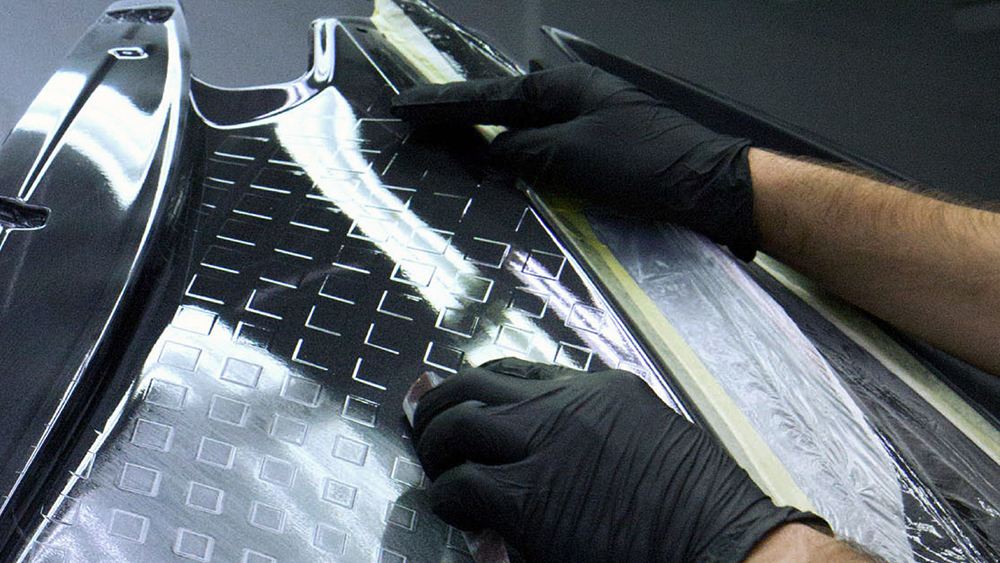 “Due to the nature of the project, where a 2-D graphic was applied to a 3-D sculpture, and after numerous failed ideas and attempts to apply the diamonds, we were close to giving up and saying: ‘We cannot meet the customer’s request’,” Jörg Grumer, Bugatti Design’s head of colour and trim, said in a statement.

Fortunately, Bugatti didn’t quit. Instead, the designers began meticulously modifying every single one of the 1,600 diamonds to fit the Divo’s sculpted silhouette. Again, this was a tricky task as just one botched shape or small mistake meant destroying the whole design. Once this painstaking work was complete, the final pattern was applied to 20-foot films that would eventually be affixed to the vehicle’s body. 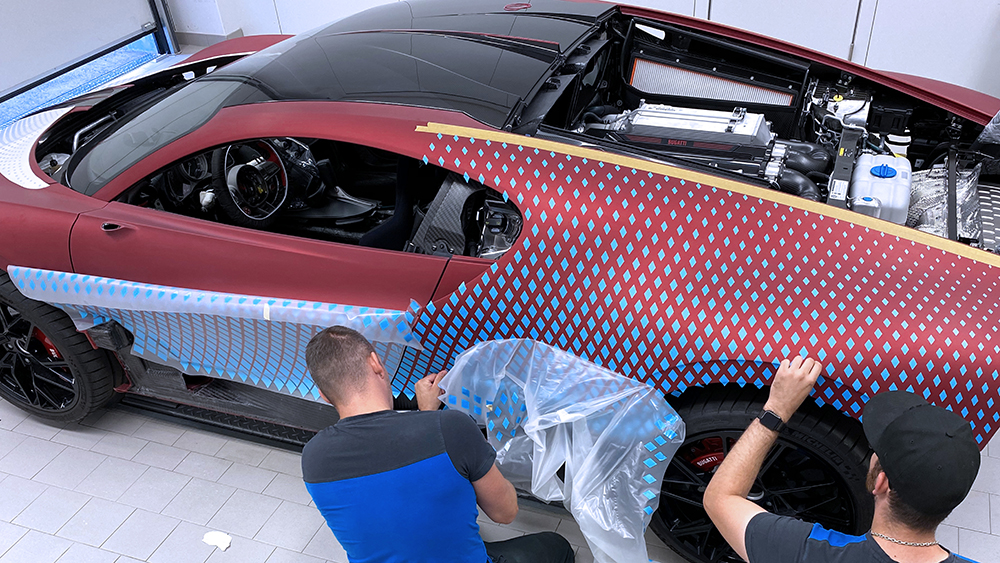 The final application of the intricate diamond pattern. Bugatti

In early 2020, the team tried transferring the films onto two test cars to ensure the application was as seamless as possible. Once confident, they applied the films to the customer’s actual sports car and then spent countless days checking each diamond was positioned just right.

Finally, Lady Bug was ready for a splash of colour on her shell. As to be expected, Bugatti carried out the entire paint job by hand and it took a total of two weeks to complete. The team developed two special metallic tones—Customer Special Red and Graphite—to achieve the striking contrasting effect. And, at last, Lady Bug was ready to take flight. 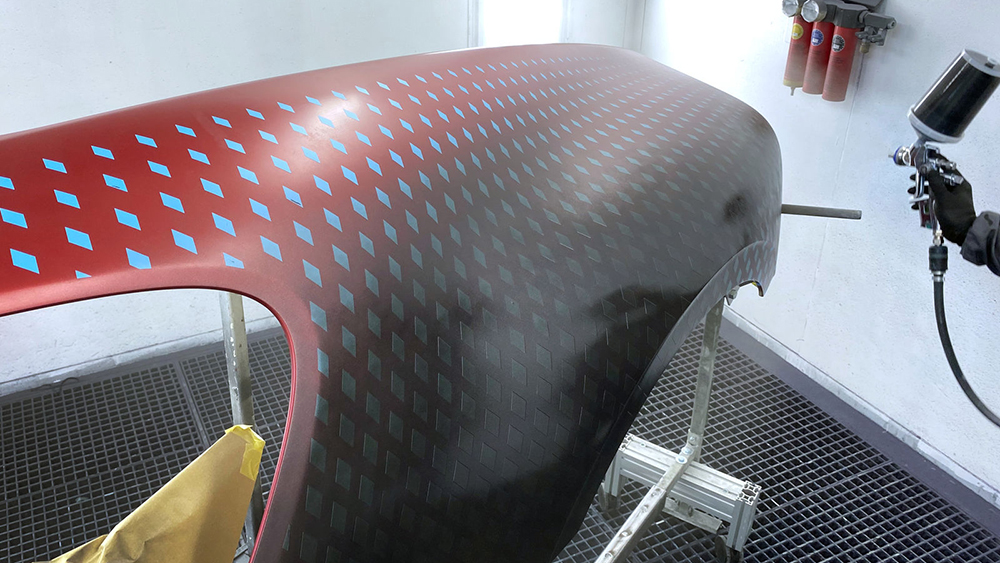 Packing an 8.0-litre, quadruple-turbocharged W-16 engine that delivers a bonkers 1118kW and 1600Nm, the Divo is priced at approx. $7 million, plus options. (Just imagine what two years of design work would’ve set this gent back.) The hypercar is limited to just 40 examples and deliveries are scheduled to wrap up within the first few months of this year, though it’s hard to envision any model will have quite the same impact as Lady Bug.

“The attention to detail required and the fact that we had to pursue a zero-defect strategy on the final car gave us tremendous respect for the project,” Grumer added.

It has our respect, too.