Bugatti wants you to feel the thrill of driving a record-breaking track beast. The French marque has just unleashed a new W16 hypercar based on tuned long-tail Chiron that shattered the 300mph (482km/h) barrier back in 2019.

Limited to just nine examples, the new Chiron Super Sport has been billed by Bugatti’s president Stephan Winkelmann as the “ultimate grand tourer.” It was modelled after the Chiron Super Sport 300+ that test driver Andy Wallace piloted to 490km/h two years ago in Germany and follows the 30 or so roadgoing 300+ models that the automaker built to mark the occasion.

Like its high-powered predecessors, this road rocket is longer, lighter and faster than the standard Chiron. Its sleek, low-slung body offers an additional 9.8 inches, yet the car weighs 22.7km/h less than the original for even sharper aerodynamics. 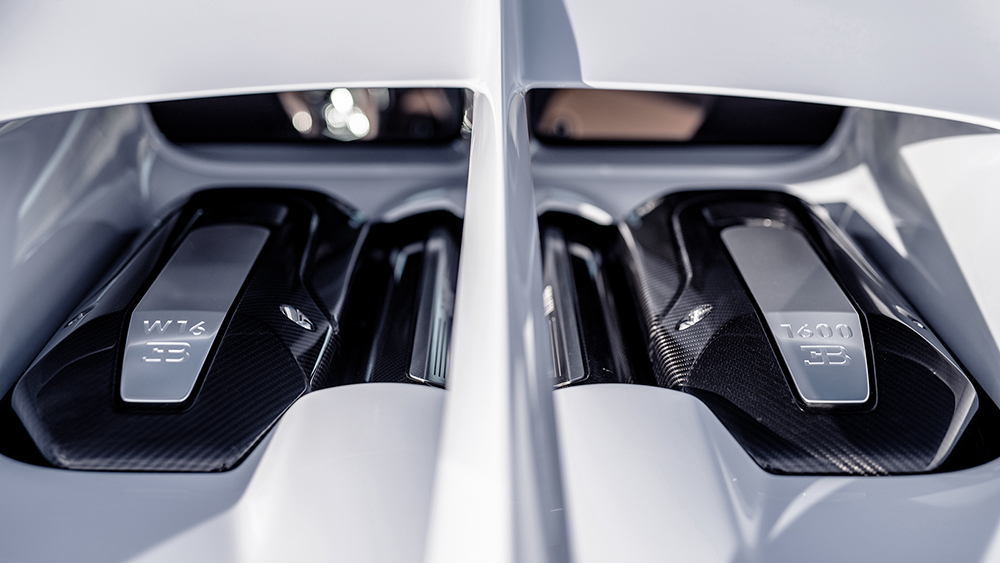 The W16 engine churns out a staggering 1175KW. Bugatti

Under the hood, the special-edition Chiron packs a quad-turbo 8.0-litre engine that churns out 1175kW and 1600Nm of twist for pinch-yourself performance, while its new quad-exhaust setup results in a deeper roar.

The car has been capped at a blistering top speed of 440km/h, which makes it 19km/h quicker than the regular Chiron. It can sprint from standstill to 200km/h in 5.8 seconds and 300km/h in 12.1 seconds. Bugatti also says the hypercar is 7 per cent faster than the Chiron when accelerating from zero to 440km/h.

The seven-speed, dual-clutch automatic transmission, meanwhile, has been tweaked and the seventh gear is 3.6 longer. The steering and suspension have also been specially tuned for “extremely precise handling that the driver can predict,” according to the marque. 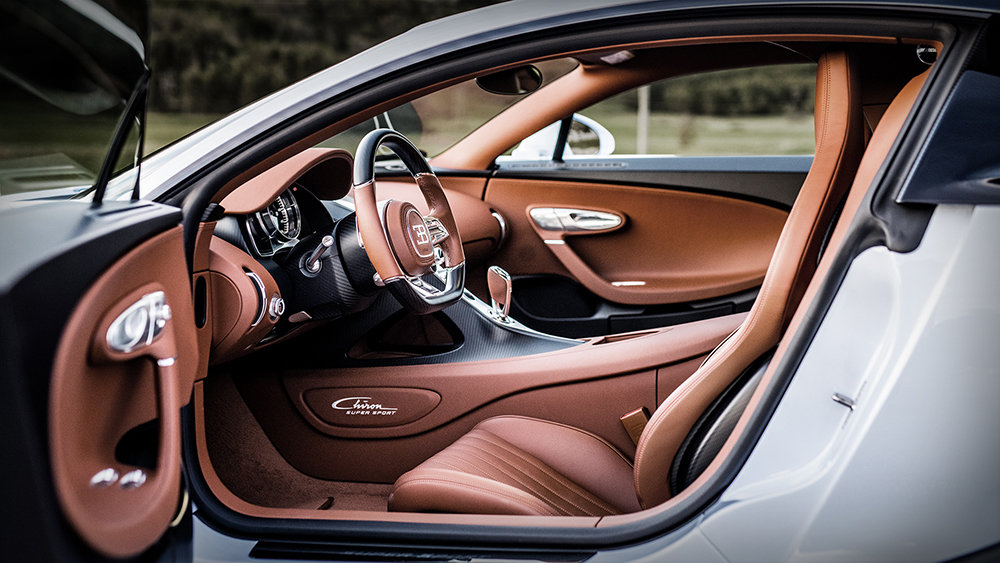 The cabin is finished to Bugatti’s exacting standards. Bugatti

The Super Sport sits on redesigned aluminium wheels with a five Y-spoke design that’s exclusive to the model, and the new Michelin Pilot Sport Cup 2 tires can drive at up to 311 mph.

Inside, the cabin is finished to Bugatti’s exacting standards. Expect a mix of leather, polished aluminium and carbon fibre that bring a decidedly upscale feel to the cabin.

“The Chiron Super Sport stands for increased comfort and elegance coupled with even greater performance and higher speeds,” Winkelmann said in a statement. “With this new creation, we established another distinct personality within the Chiron family.”

Naturally, the ultimate grand tourer comes at a cost. The Super Sport is priced at a hefty $5 million (€3.2 million). Production is scheduled to commence shortly, with customer deliveries slated for early 2022. With only nine in the works, you’ll have to be as quick as Andy Wallace to score this rarity.