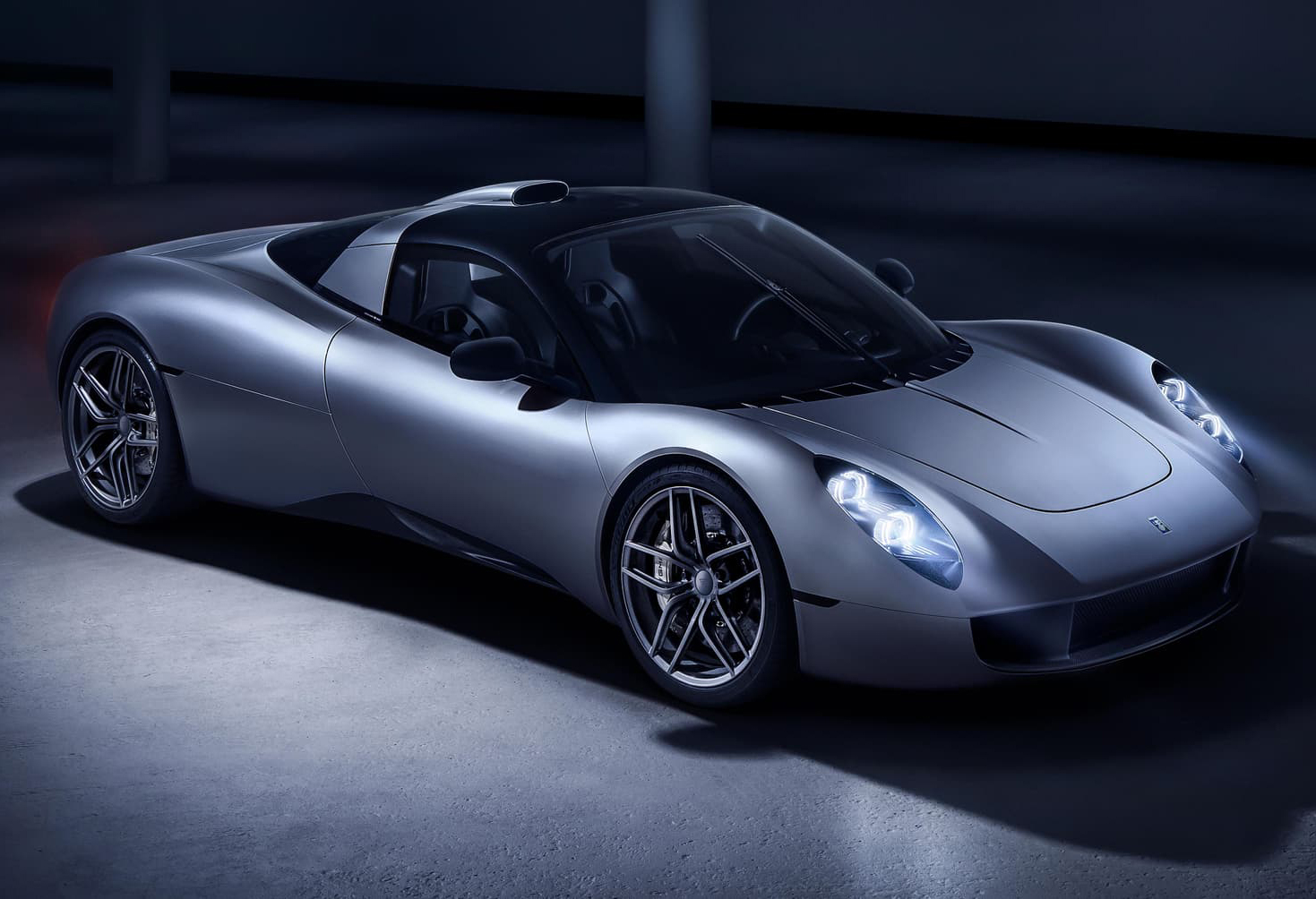 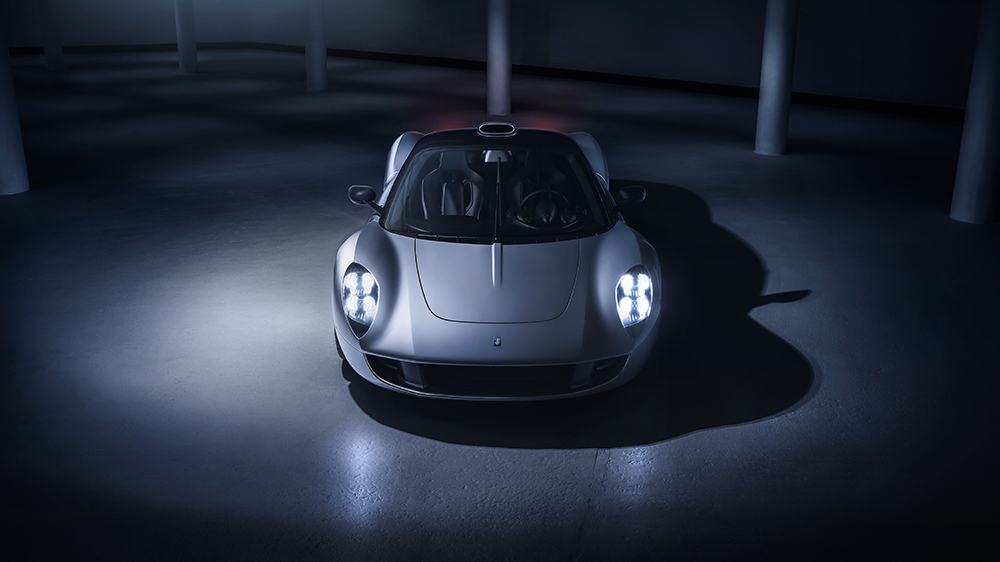 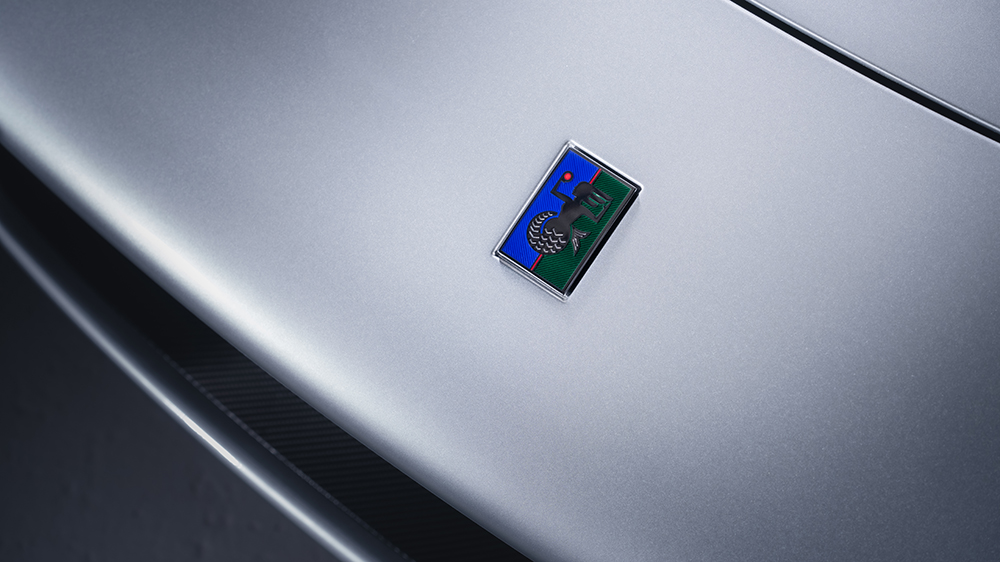 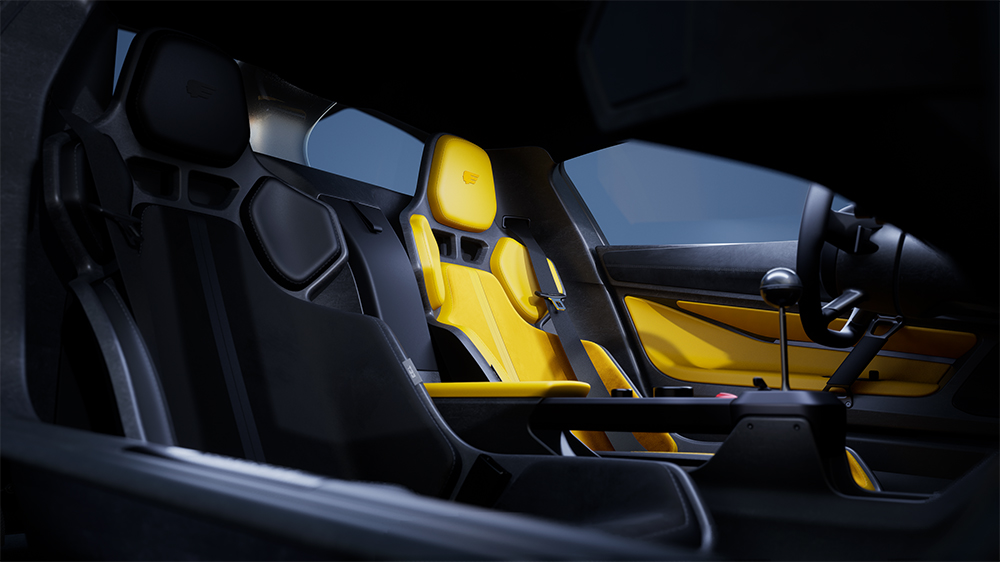 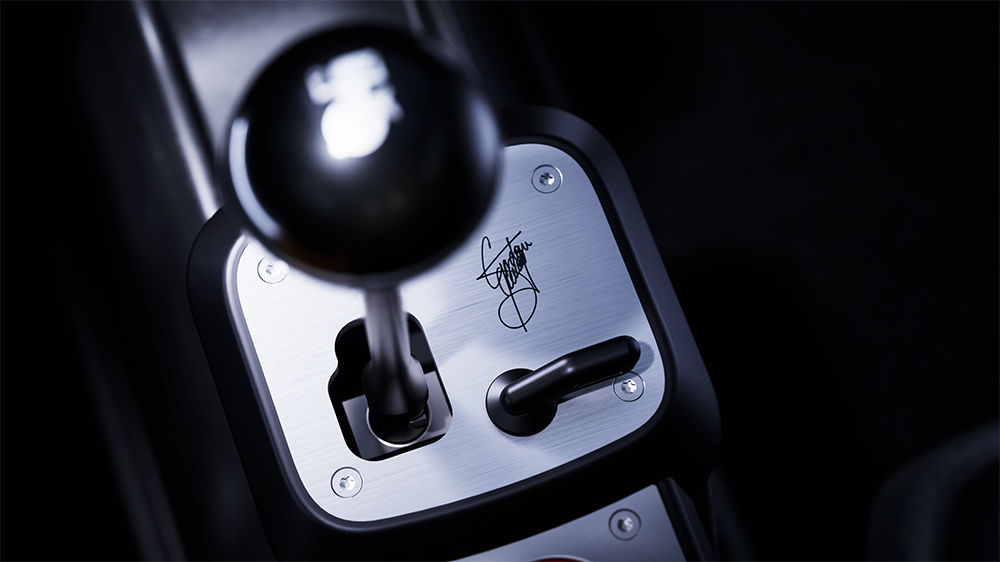 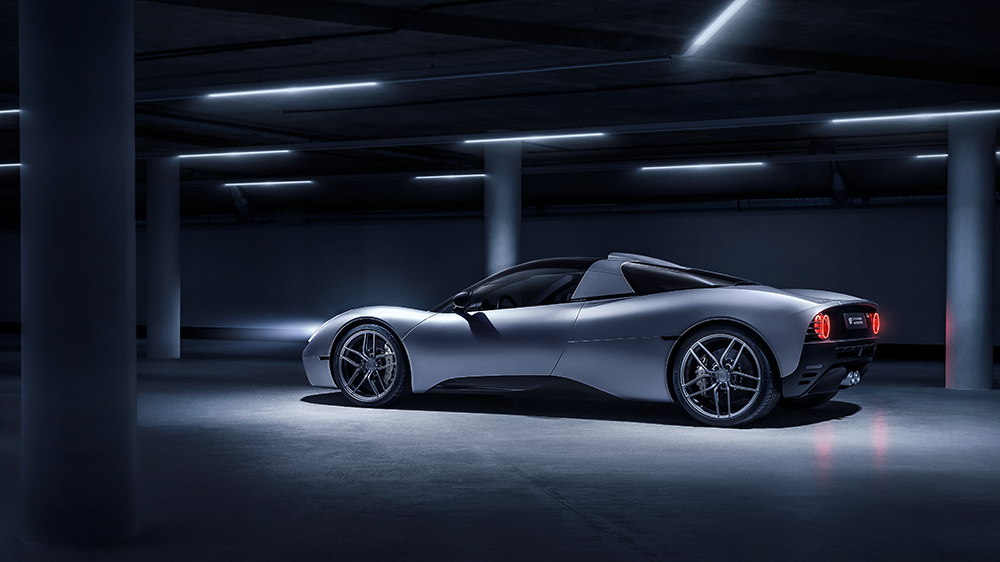 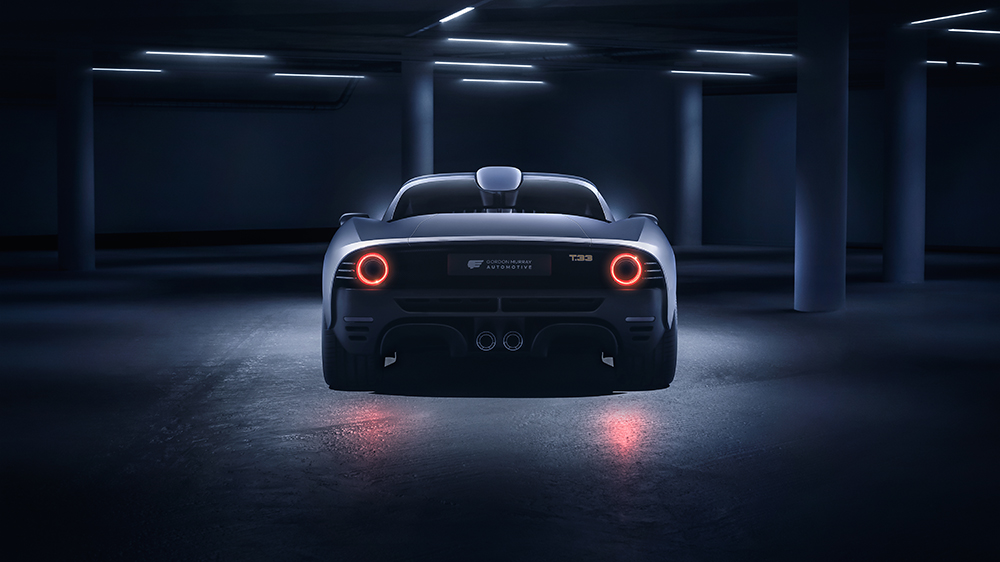 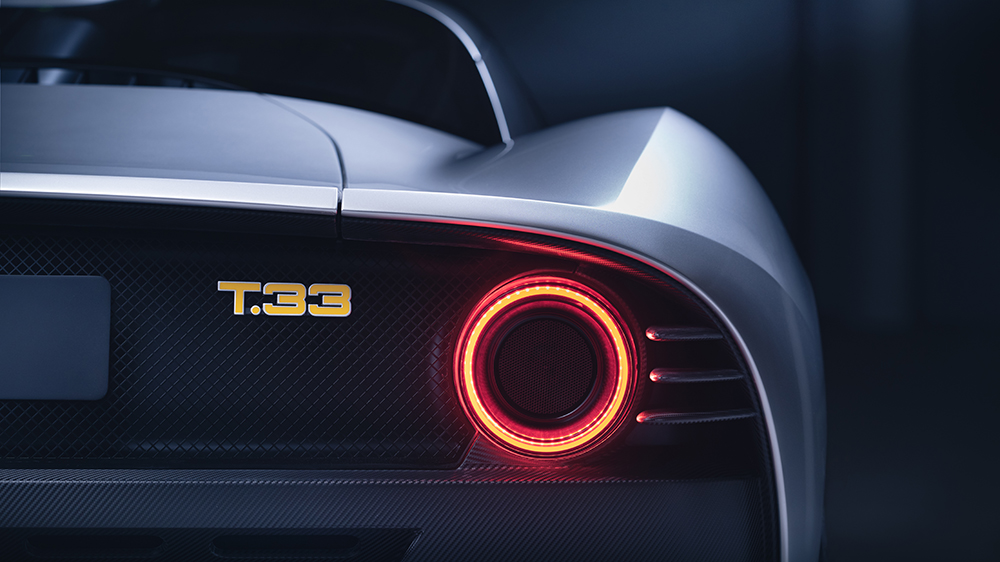 The marque’s second model is the little sister that can’t be ignored.

Gordon Murray Automotive’s second supercar is here, and while she may be a little sister of sorts to the T.50, she won’t be easily overshadowed.

Legendary car designer Gordon Murray finally unveiled his latest creation, the T.33, to the world on Thursday. No, the new model isn’t as boundary pushing as its much-ballyhooed sibling, but it’s still likely to catch the attention of enthusiasts the world over, thanks to its massively powerful V-12 and optional manual transmission. Oh, and it’s pretty easy on the eyes, too.

Like the T.50, the T.33 ‘s exterior is clearly inspired Murray’s most famous road car, the McLaren F1. It’s more compact than big sis—it measures 4.38-metres bumper to bumper and is 1.8-metres wide—and features a more minimalist design. Although both cars have similar aerodynamic shapes, the T.33 is less radically styled, lacking the T.50’s shark fin and gigantic rear diffuser. To be sure, it’s still a supercar, but one that will look comfortable on the drive home from work. 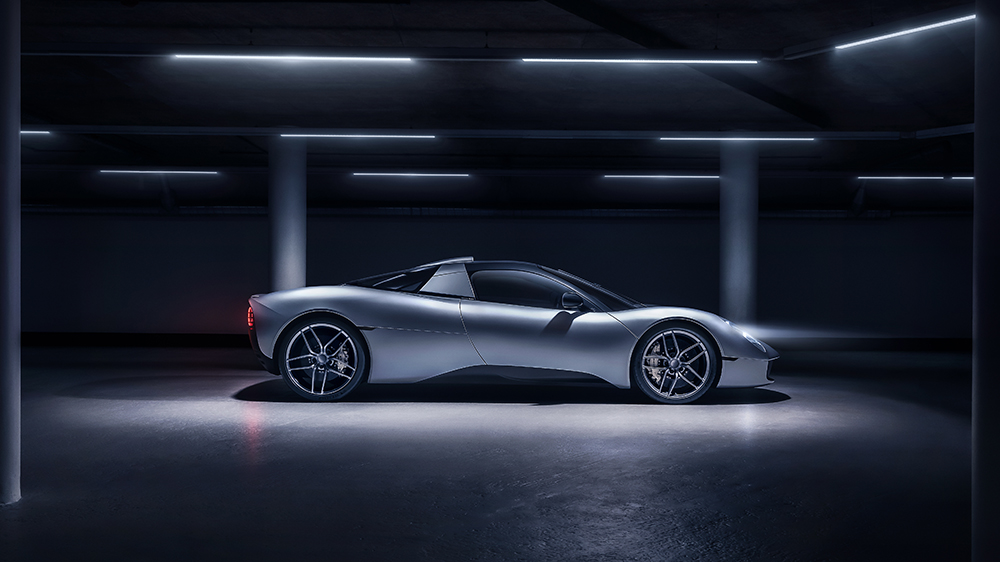 The differences inside the car are less subtle. Whereas the T.50 featured a centralised driving position, with the driver seat in front flanked behind by two others, the T.33 is a more traditional two-seater. This isn’t the only change, though. The T.33’s cabin is also much roomier. There’s a reason for this. Murray told Car and Driver he designed the interior so that it would be comfortable to drive long distances, and while he didn’t want to call it a grand tourer, the T.33 has the room and luggage space of one.

Of course, the car won’t lack for grunt. It’s powered by a Cosworth-built V-12 just like its older sibling. The 4.0-litre mill uses gear-driven camshafts that allow it to pump out 452kW at 10,500 rpm and 450Nm of torque at 9,000 rpm (the T.50’s V-12 generates 481kW and 466Nm of torque), according a press release. This time around you’ll be able to choose between one of two transmissions from UK-based Xtrac—either a six-speed manual or paddle-shift six-speed automatic. 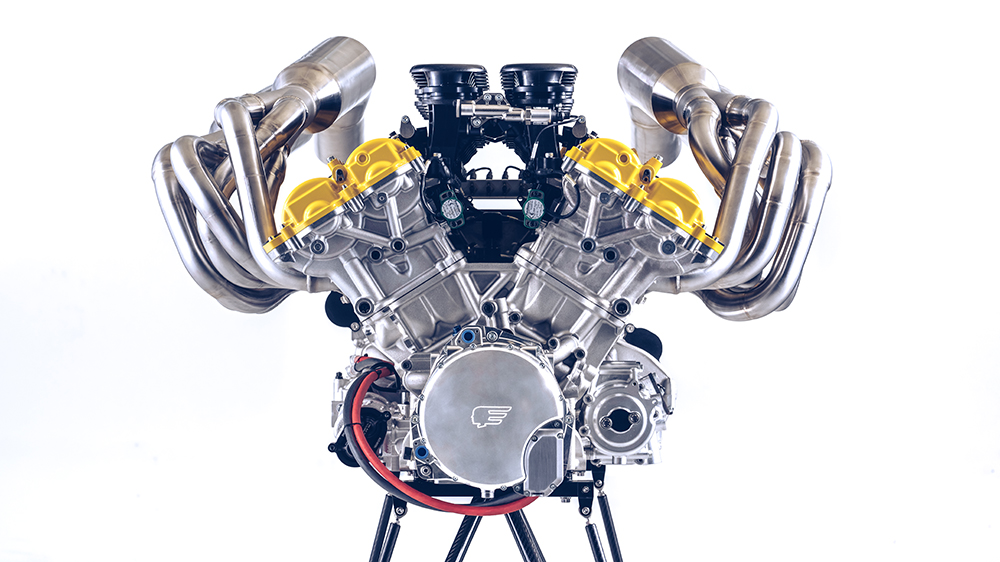 True to form, the automaker isn’t releasing performance figures for the car. It does weigh 1088kg, which is just 100kg more than the T.50. That also means that Murray’s latest speed machine weighs about as much as a ultra-compact Mazda Miata, according to Road & Track. So, it should be plenty fast.

The light weight is due, in part, to a unique aluminium tube-frame chassis, with carbon-fibre panels making up the passenger cabin and engine bay. It’s also equipped with a stripped-down suspension setup that includes double wishbones but doesn’t feature the adaptive dampers so common on other supercars. There’s no anti-roll bar in the rear, either. 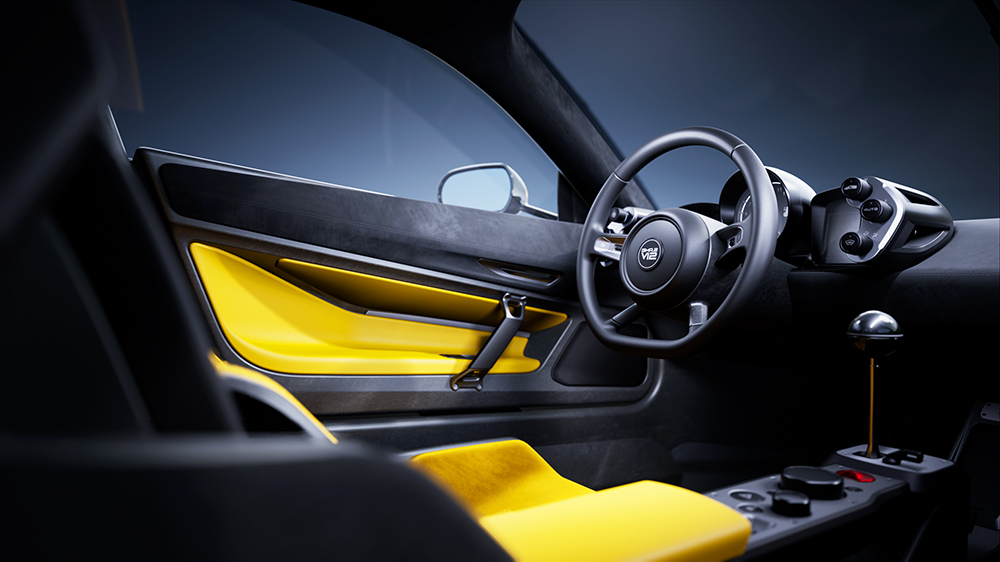 The T.33 is being positioned as a more “accessible” supercar, but in this case that’s purely a relative term. After all, it’s still a supercar created by one of the most respected designers in automotive history. And it will have the astronomical price tag to match. Specifically, the car, which will be limited to just 100 examples (nearly half of which have already been reserved), will start at approx. $2.6 million. Yes, that is less than the T.50’s $4.2 million sticker price, but it will make the T.33 one of the most expensive vehicles to debut this year. Gordon Murray’s faithful will no doubt let us know whether it’s worth it.