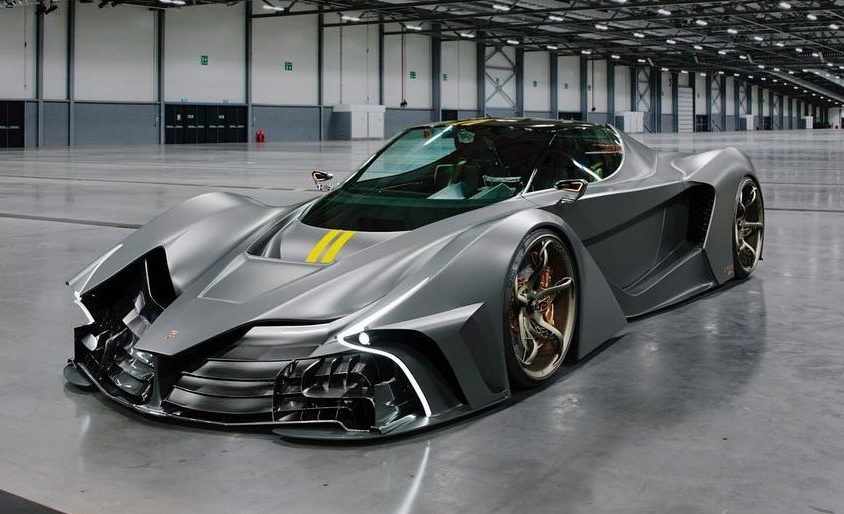 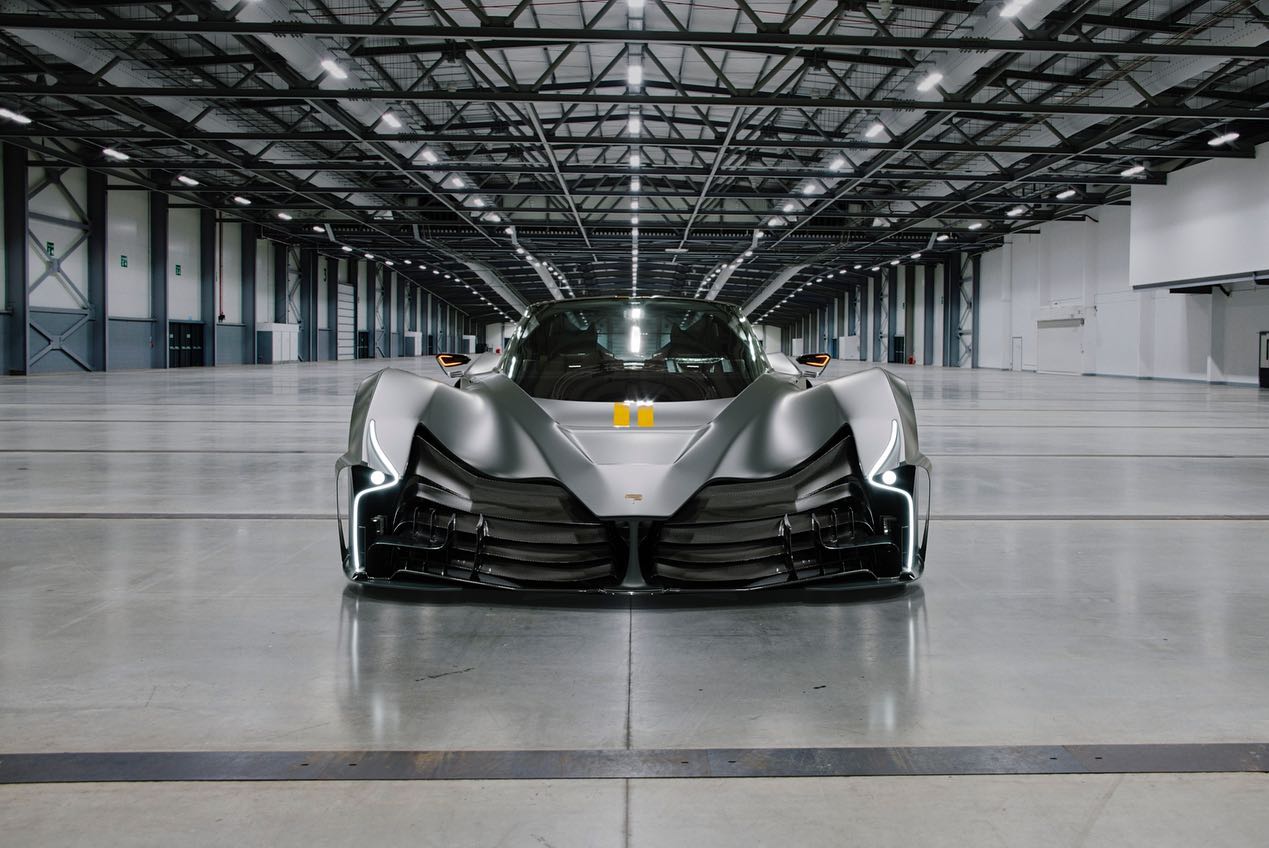 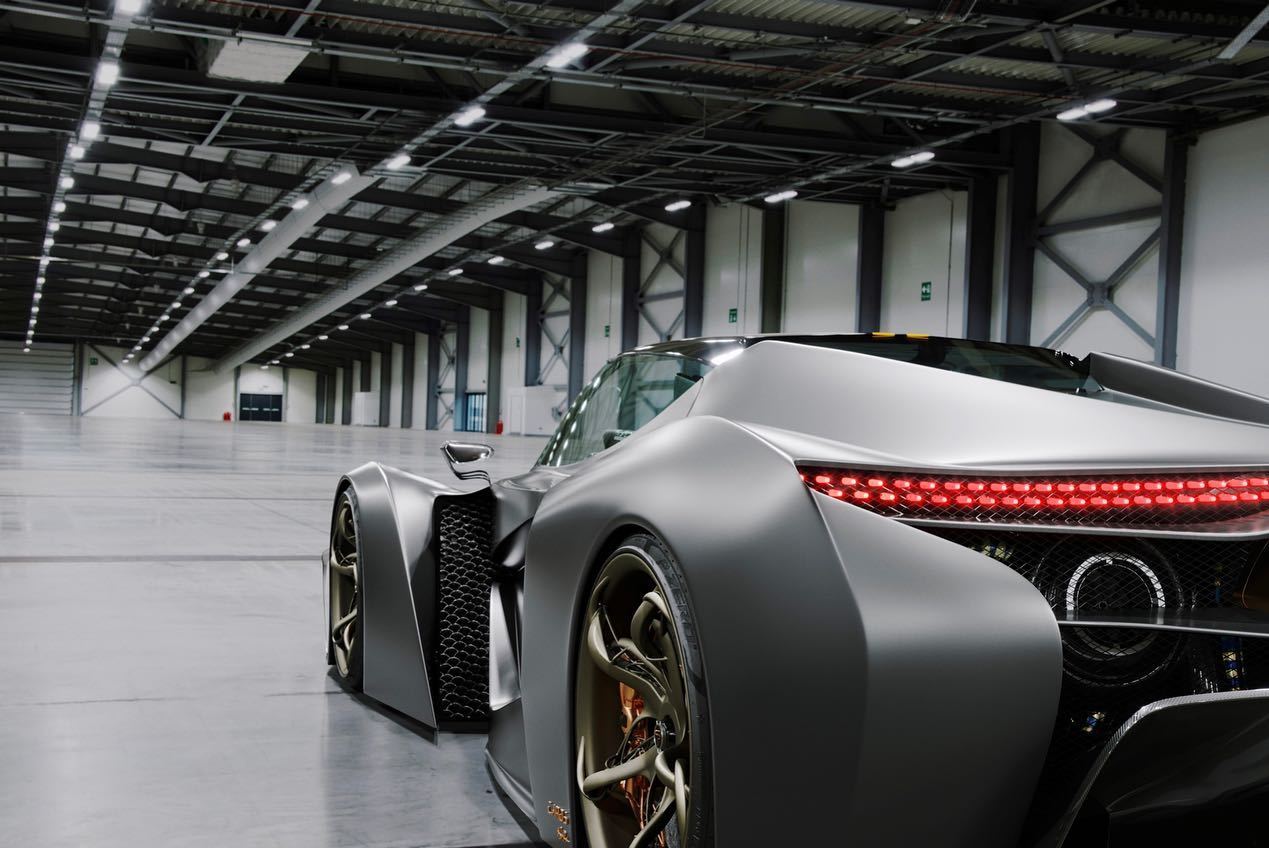 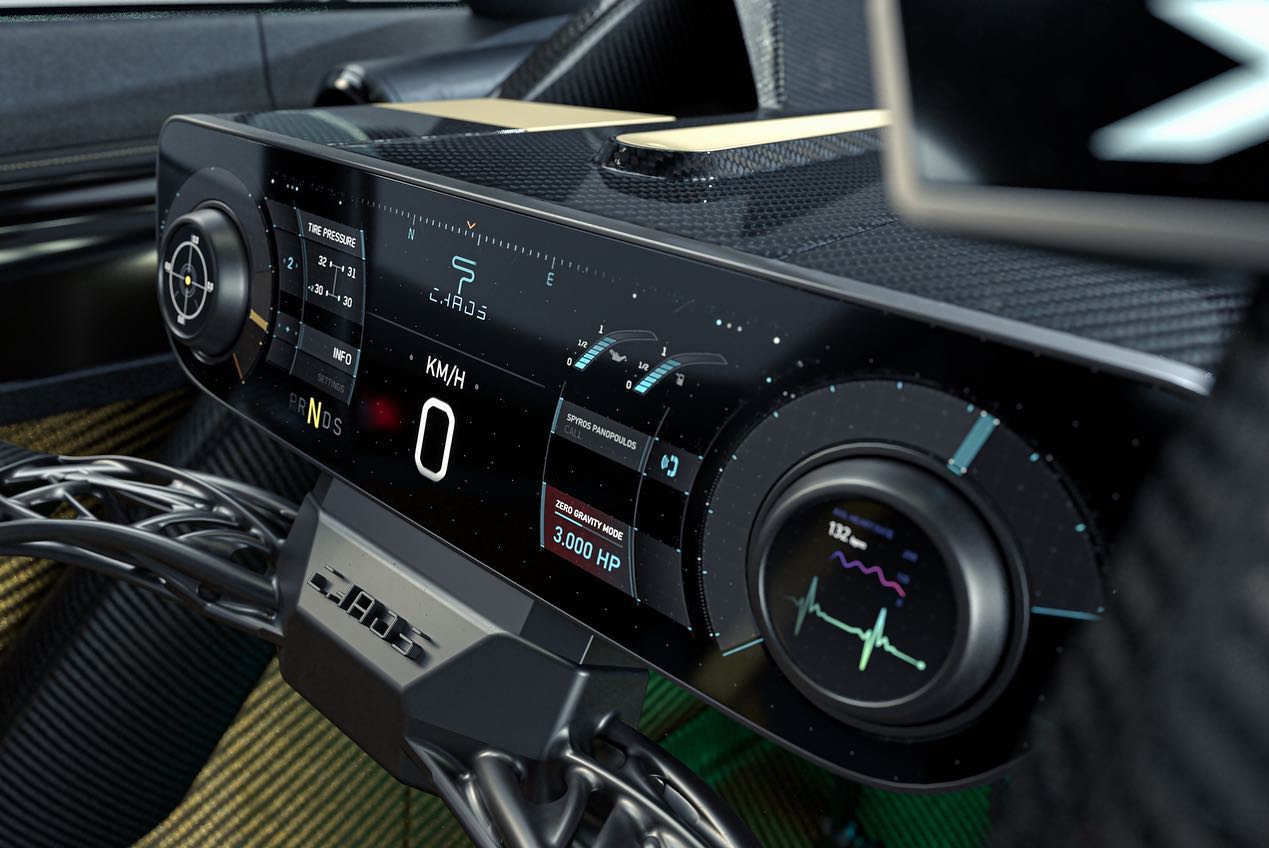 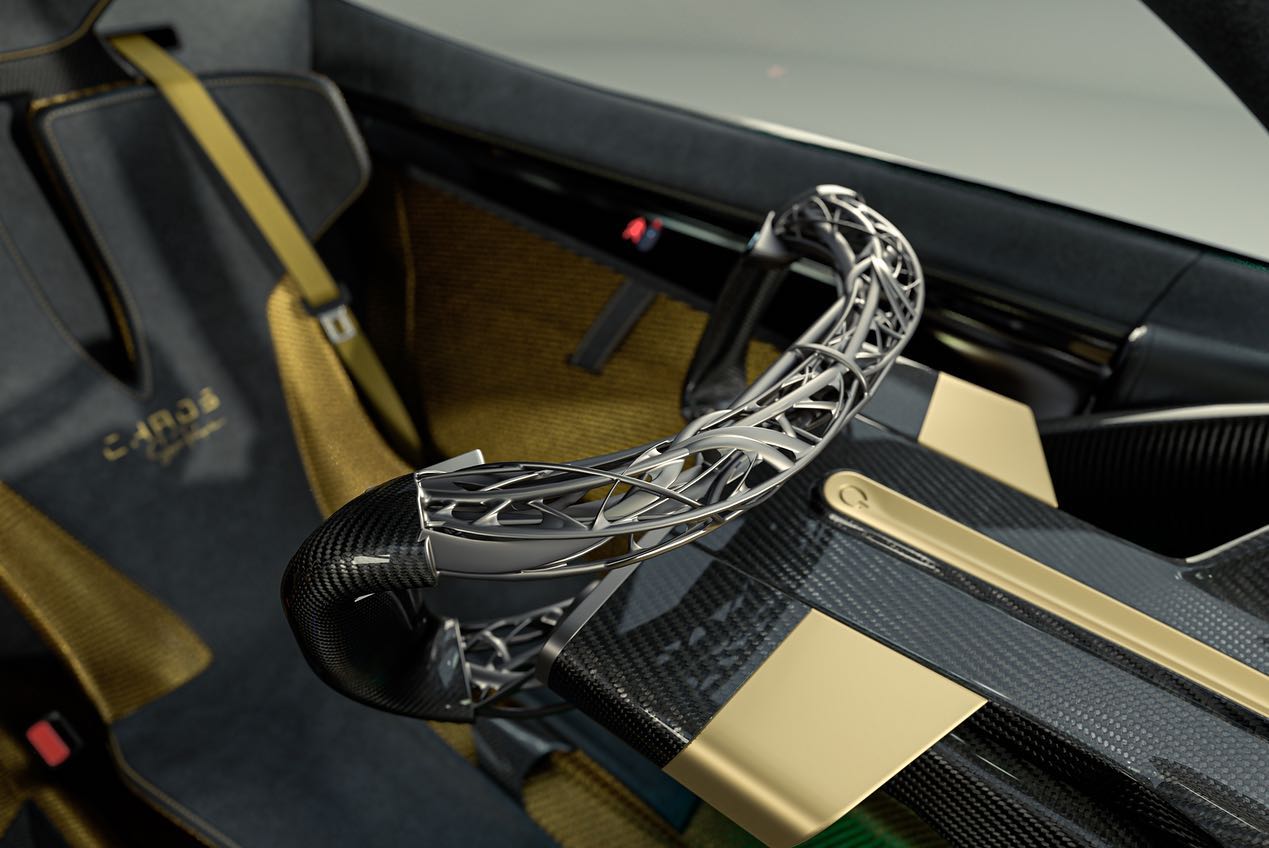 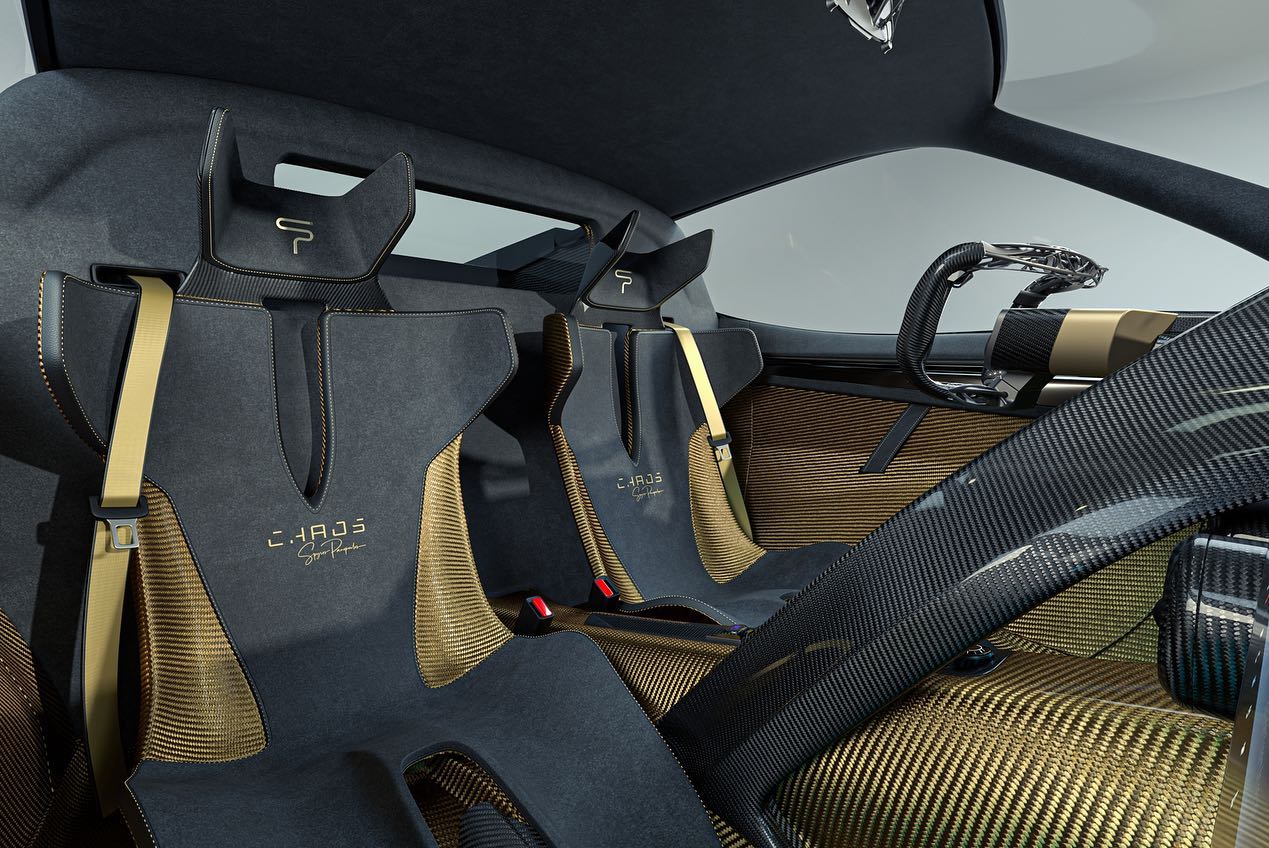 Naturally, the build is as extreme as the nameplate would have you believe.

Boasting 2237kW, Chaos is powered by a twin-turbocharged 4.0-litre V10 engine, helped along with an undisclosed form of hybrid power.

The firm says that the power figures will send the car from 0-100km/h in just 1.8 seconds and will reach a top speed of 499km/h.

More eye-watering than those numbers is the price, with the most powerful version of the Chaos costing around $19 million.

For those with a want for a little bit less energy, one can select the base model, fitted with a more modest 1491kW detuned V10 engine and no hybrid assist. A relative bargain at approx. $8.6 million.

Both engines are paired to the same dual-clutch transmission, with all-wheel drive as standard. Ensuring the ultra car, and its alleged high speed can stop — it’s fitted with two massive rotors – 428mm brake discs at the front and 416mm discs at the rear hidden behind a set of 22-inch, 3D-printed wheels.

SP Automotive is gunning for nearly every speed record in the book and will attempt to dethrone the Porsche 911 GT2 RS’s Nurburgring Time, the SSC Tuatara’s 286.1-mph (460.4km/h) top speed run and even Rimac Nevera’s 8.58-second quarter-mile record.

SP Automotive plans to build 15-20 cars per year by hand with the scope to bump production up to 100 units should it need. The first customer cars should be on the road sometime next year.