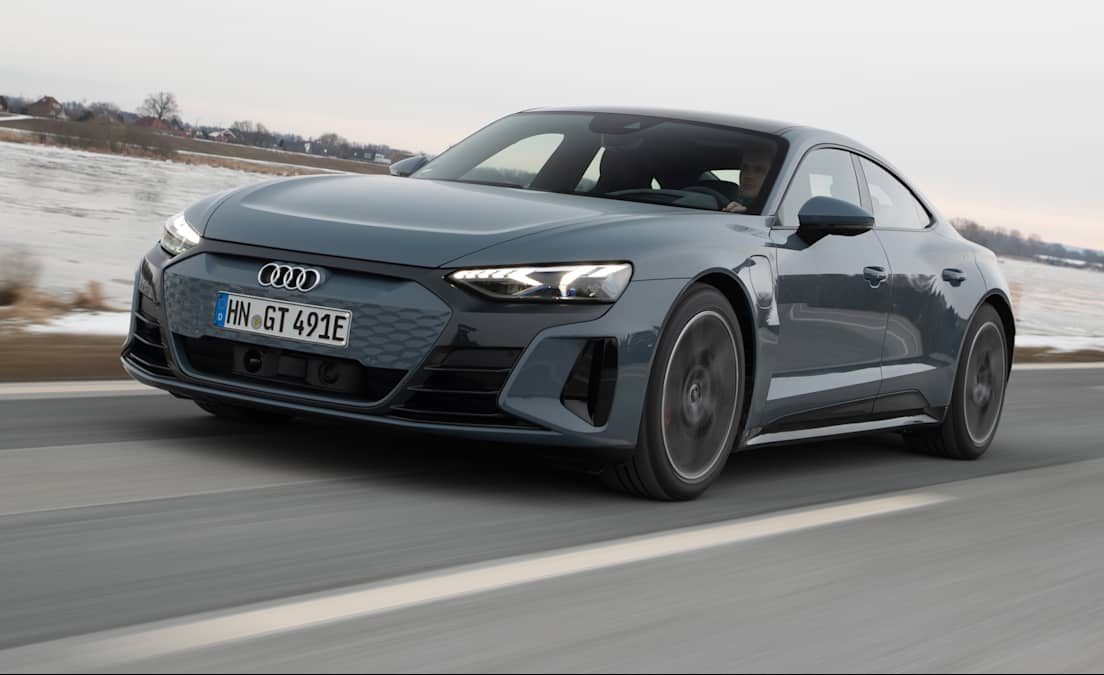 A guide to the best battery powered autos destined for Australian roads.

Not all luxury electric cars on the way to Australia are heavy, range-obsessed, mathematics projects. Many are sporty European breeds that land with eye-catching badges once reserved for the marques’ performance ranges. It’s here Robb Report is keen to play. And while there is set to be a flurry of heady international supercar releases such as Rimac Nevera, Pininfarina Battista, Aspark Owl and the like, we’ve put together a list of the most exciting electric cars confirmed for Australia in 2022. 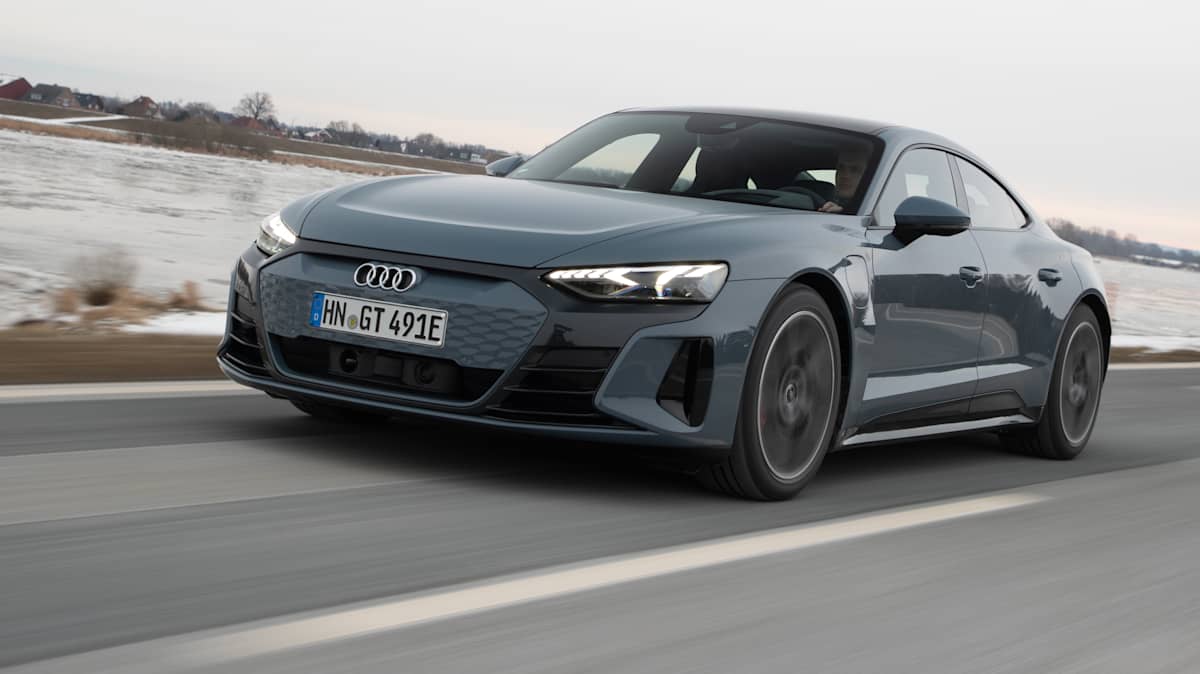 The first Audi RS model to get the full-electric treatment, skipping the plug-in hybrid stage altogether comes the E-Tron GT. Power comes from a 93kWh battery that feeds two motors — one for each axle — combining in the range-topper for 440kW and 830Nm in standard driving or 475kW during overboost, making it the most powerful and quickest accelerating production Audi ever. The claimed 0-100km/h time stands at 3.3 seconds with a range between 433km and 472km. 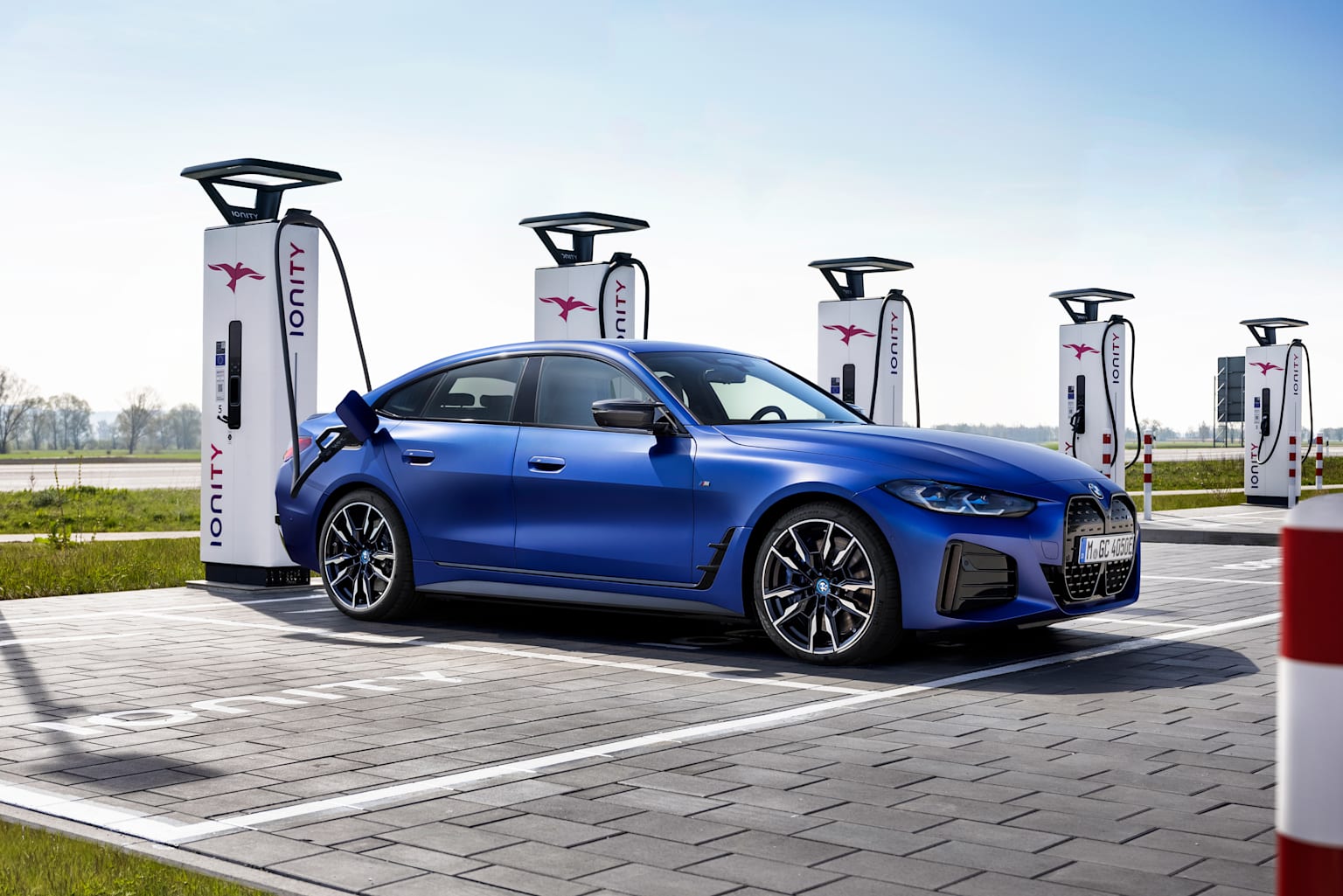 The BMW i4 M50 is a landmark vehicle as the first all-electric performance car to wear the gilded ‘M’ of BMW’s performance brand. Fitted with a 400kW and 795Nm dual-motor drivetrain attached to an 83.9kwH lithium-ion battery pack. The combination shoots the i4 M50 from 0-100km/h in just 3.9 seconds — top speed is limited to 225km/h. Maximum range is claimed to be 510km and the battery is charged from 10 to 80% in 30 minutes with a DC fast charger. 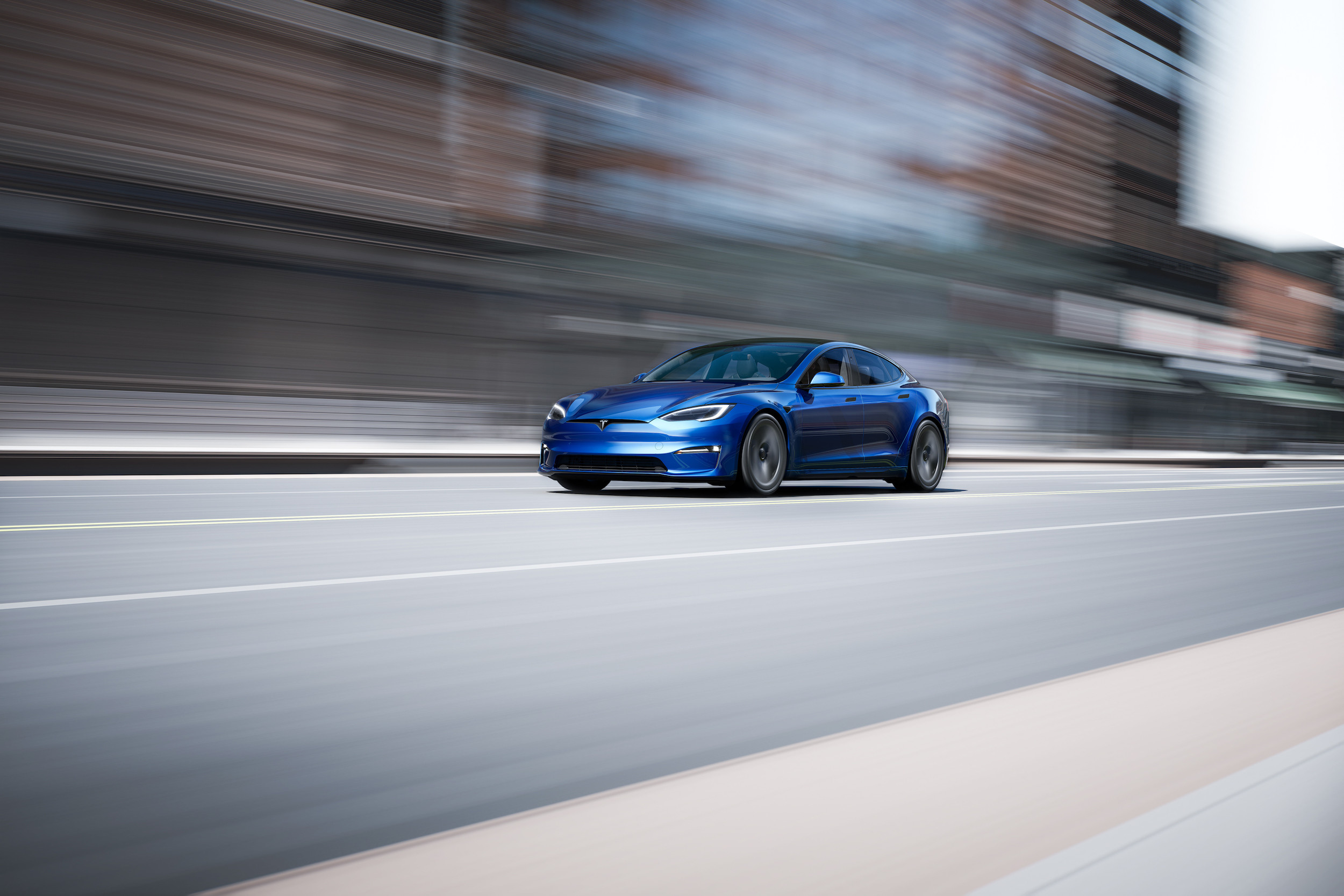 Following a multitude of delays, Tesla loyalists are holding on to hope that their Model S Plaid editions are to land in Australia this year. Once the Tesla arrives, it will feature three independent electric motors — two on the rear axle, one on the front – to push 761kW and 1400Nm of torque to all four wheels. This will shoot the 2162kg vehicle from 0-100km/h in a claimed 2.1 seconds. Arguably more impressive is the range, estimated at 637km and head and shoulders clear of this field. 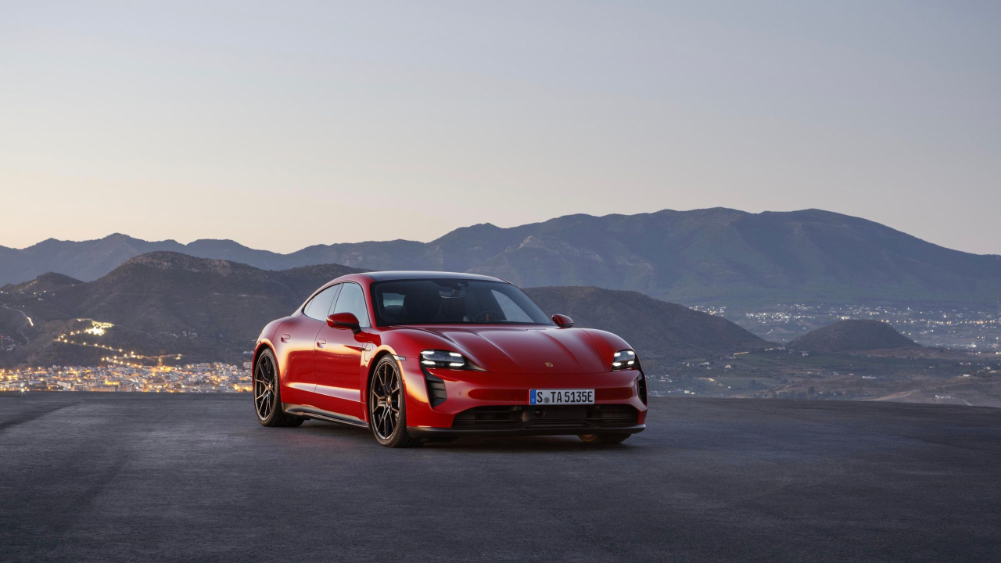 Slotting between the Taycan 4S and Taycan Turbo comes the Taycan GTS. With up to 440kW from two motors, the model promises crisper dynamics over outright pace. Still, Porsche claims the model can dispatch 100km/h in just 3.7 seconds and deliver a top speed of 250km/h while holding firm on its driving range of around 415km. 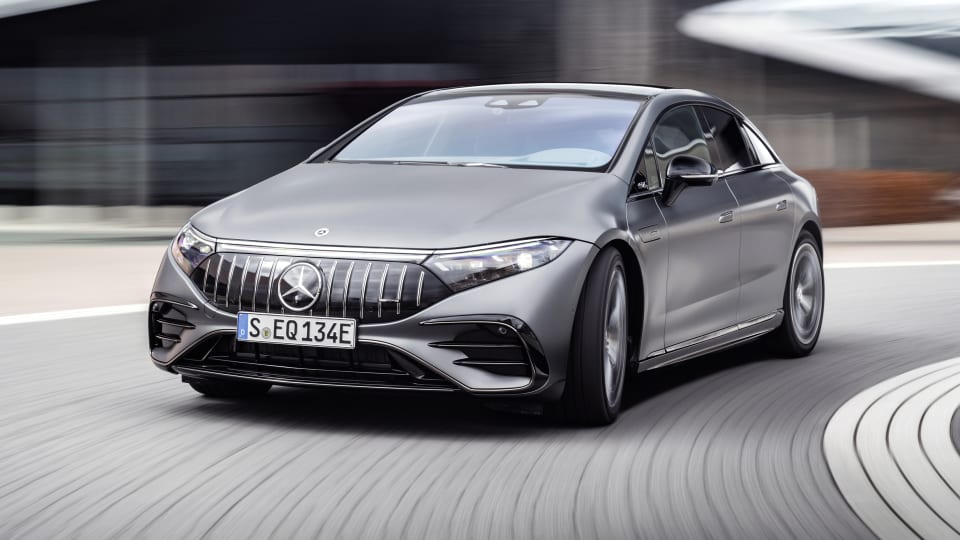 When Mercedes-AMG unveiled the EQS53 in Europe, many wondered when the high-performance vision for the German marque’s large electric sedan would head to Australian showrooms. Quickly was the answer. Powering the Mercedes-AMG EQS53 is a pair of electric motors attached to a 90.6kWh battery pack, producing 560kW and 949Nm in Race mode — available as part of the AMG Dynamic Plus package. With that kind of power, Mercedes-AMG claims a 0-100km/h sprint times of 3.4 seconds and a top speed of 220km/h while being able to allegedly cover 511km-585km on a single charge. 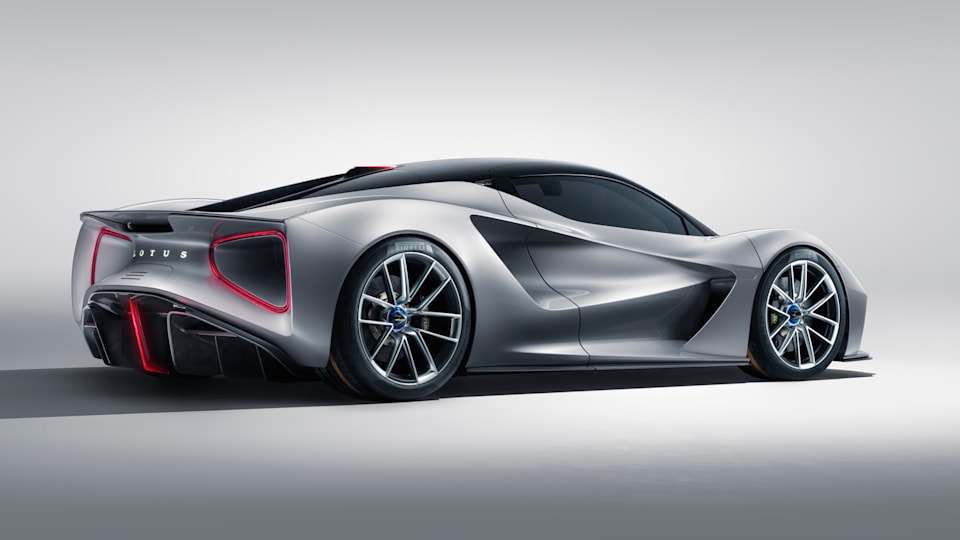 Lotus’ outrageous electric hypercar, the Evija, had once promised customers delivery at the end of 2020. And while we patiently await the $3 million, 1470kW and 2000Nm torque hypercar’s arrival – Robb Report understands that the model still has a long way to go with Australian compliance. The model claims a 0-100km/h time of under three seconds and a 0-300km/h time under nine seconds — for context a Bugatti Chiron takes 13.6 seconds to 300km/h. Further, Lotus claims it has full battery charge capabilities in under 10 minutes and a driving range over 400km.