Lotus has been teasing a new Emira for around half a year, but the track-only speed machine is finally here.

The British marque debuted the new Emira GT4 on the famous Hethel test track in England last week. The racecar completed laps of the legendary 3.5-kilometre circuit with a Lotus exec and former British GT championship winner at the wheel. Basically, it was a flex of the four-wheeler’s sheer power and speed.

The new Emira was built exclusively for national and international GT4 class competitions. It will be the automaker’s final gas-engined model, and thus the team’s gone all out on the mill. Under the hood lies a tuned 3.5-litre Toyota 2GR engine with a Harrop TVS 1900 supercharger. The V-6 is mated to a paddle-shifted Xtrac 6-speed sequential transmission and churns out 294kW at 7,200 rpm. The Lotus can reportedly soar from zero to 100km/h in 4.3 seconds on its way to a top speed of about 290km/h. 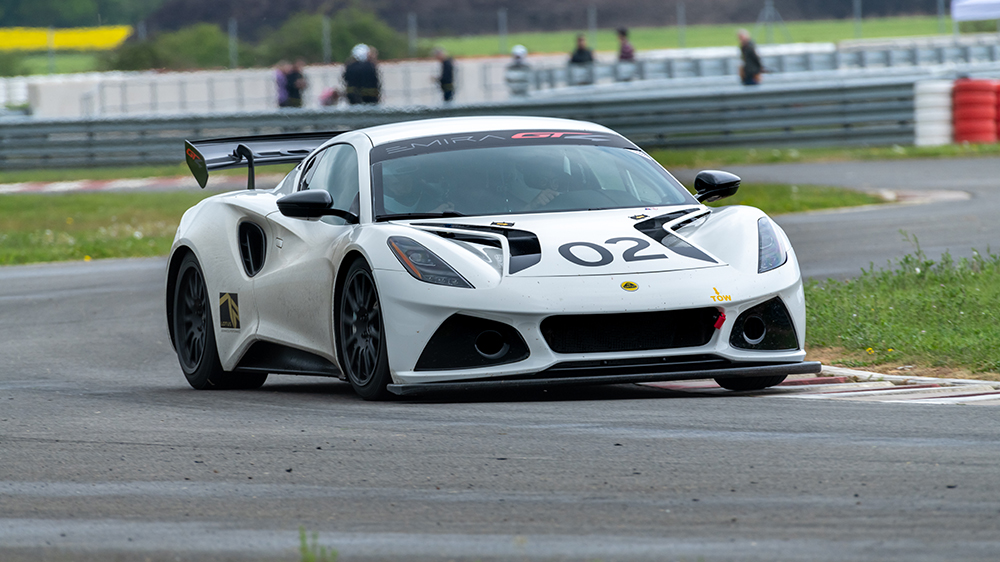 The sleek beast, which measures a fraction over 4.2-metres, weighs a scant 1899kg dry. That’s all thanks to the marque’s signature aluminium chassis and lightweight composite bodywork. Naturally, the car’s equipped with an aero kit that features a front splitter, a rear diffuser and a giant rear wing to help it cut through the air. It’s also fitted with a forged aluminium double-wishbone suspension setup, competition-spec brakes with six-piston front callipers and adjustable Bosch Motorsport ABS for improved handling and stopping power. All of that rides on aluminium wheels wrapped in Pirelli GT4 rubber. 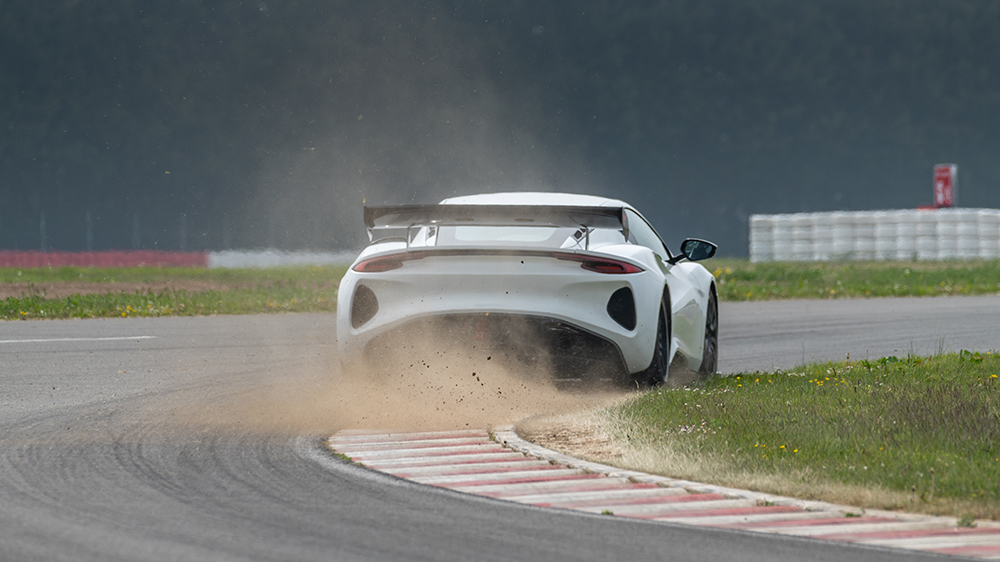 As mentioned, the Emira will be the only non-EV in the Lotus lineup from 2022 and beyond as the marque focuses on zero-emissions rides like the electric hypercar Evija.

Priced at $299,900 the 2023 Lotus Emira GT4 has sold out for the first year of production. The automaker is aiming to fulfil all the current customer orders this year at the new $200 million facilities in Hethel. The marque will also be increasing production in 2023 in line with global demand.