We’re at least a year from Tesla putting the Cybertruck into production, but the flow of accessories is still coming fast.

Loki has just announced a new version of its Basecamp adventure pod—or camper shell, if you’re old fashioned—for the EV maker’s much-anticipated electric pickup. Although we’ll have to wait until the Cybertruck’s arrival to see it in action, the high-end accessory looks like it could turn the EV into the ultimate go-anywhere vehicle.

This isn’t the first Cybertruck camper add-on, we’ve seen—in fact, Tesla is working on one of its own—but there’s no denying that Loki’s modular pod stands out. Although it was specifically designed to fit the pickup’s angular truck bed, the shell doesn’t share its aluminium-covered, geometric design. Instead, it features a blacked-out tactical look that pairs surprisingly well with the rest of the Cybertruck, even if it adds to its width and nearly doubles its height. 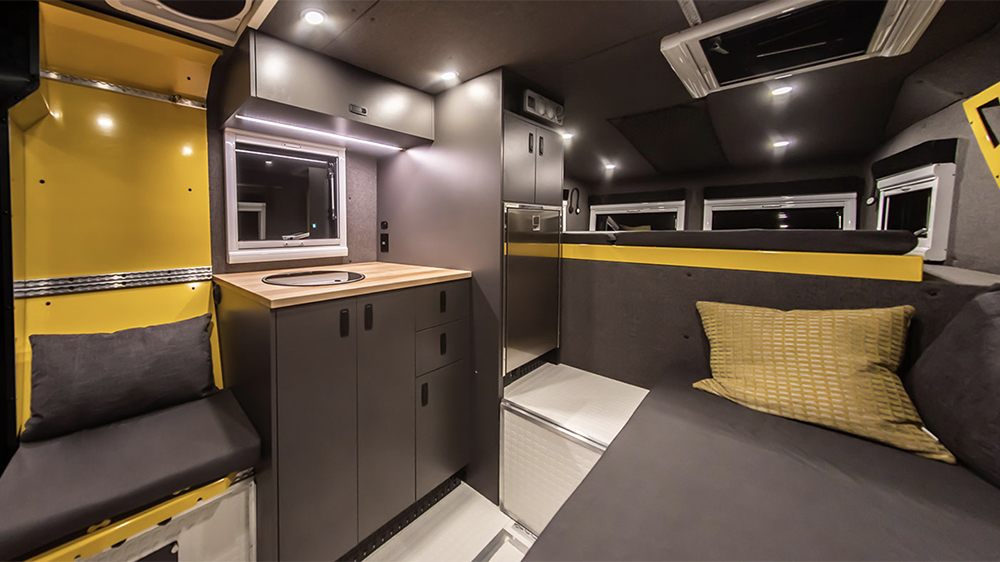 As pleasing as the camper may look, what’s really caught our eyes are its features. The Canadian-American outfit’s focus is on four-season camper shells, and the Cybertruck Edition is no different. Although the announcement is light on details, it looks like it will share the same base features as the company’s Falcon Series campers—a roof rack, pull-out exterior drawers, tie tracks, solar-aided electrical system and the ability to be used as a stand-alone shelter.

The pod will also allow you to take the comforts of home on the road with you. The camper’s extra-large, strut-assisted liftgate opens up to reveal a spacious interior. Although it fits into the bed of the Cybertruck, it still has room for a dedicated sleeping alcove, a kitchenette, induction cooktop, sink, toilet, a couch that can be converted into a second bed and loads of storage space. There’s also a climate control system to make sure the double-insulated cabin is always at the right temperature, plenty of ports and outlets and a smart power management system to keep everything going without a hitch.

It’s not just the design and features of Loki’s Cybertruck camper shell that separates it from the pack, but its price as well. The company says the pod will start at approx. $175,000, which is almost twice as much as the fully-loaded tri-motor Cybertruck’s $90,000 sticker price. If that’s not enough to turn you off, you can reserve yours today for a refundable fee of around $12,800.