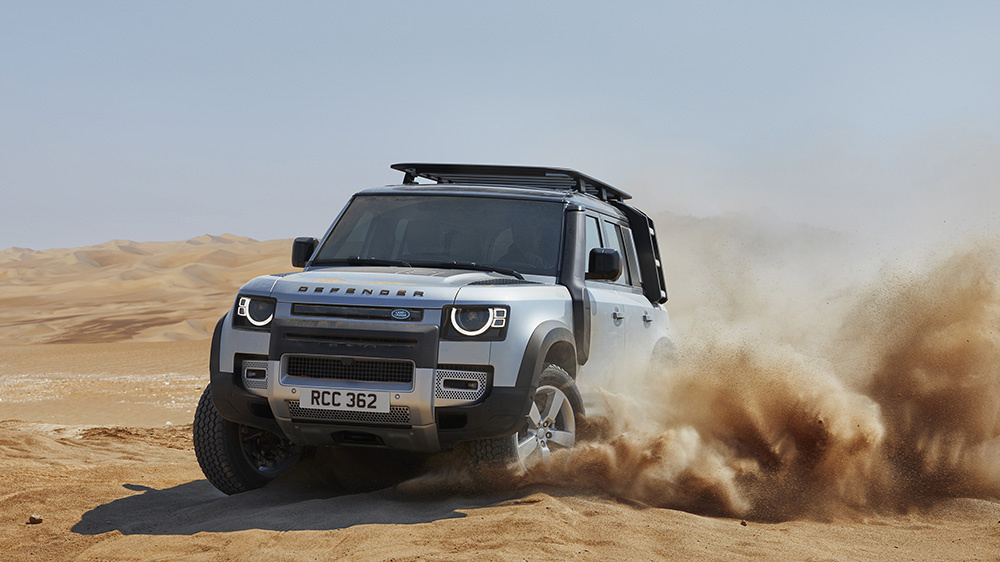 The brand-new Defender finally made its public debut at the Frankfurt Motor Show on Tuesday.

Over a year after the British SUV maker first teased the vehicle’s resurrection, the brand-new Defender finally made its public debut at the Frankfurt Motor Show on Tuesday – returning to the fore since Land Rover ceased production in 2016.

Originally introduced in 1983, the 2020 Defender—available in two models, the two-door Defender 90 and the four-door Defender 110, and a number of different trim options—is a modern take on a beloved classic. Its all-aluminium body is at once rounder and smoother than previous iterations, while still being boxier than any other current Land Rover. This makes it the perfect vehicle for Land Rover enthusiasts who feel the company has lost its way from a design standpoint. Other 2020 touches include an LED light package and a comfortably appointed interior, with a PIVI infotainment system and 10-inch touchscreen.

“The design of the new Defender is a manifestation of our modernist design philosophy, elemental yet incredibly sophisticated,” the company’s creative director Massimo Frascella was quoted as saying by CNBC.

But it’s not just the Defender’s exterior that’s been given a makeover. There are two different engine set-ups for the 2020 model, according to CNET—a 2.0-litre turbocharged inline four-cylinder engine that outputs 220kW and 400Nm of torque and a 3.0-litre turbocharged inline six-cylinder mild hybrid that churns out 295kW and 550Nm torque. Whatever the engine set-up, the Defender is capable of towing an impressive 3720kg. No matter the model or engine, each Defender features a standard ZF eight-speed automatic transmission and permanent four-wheel drive. 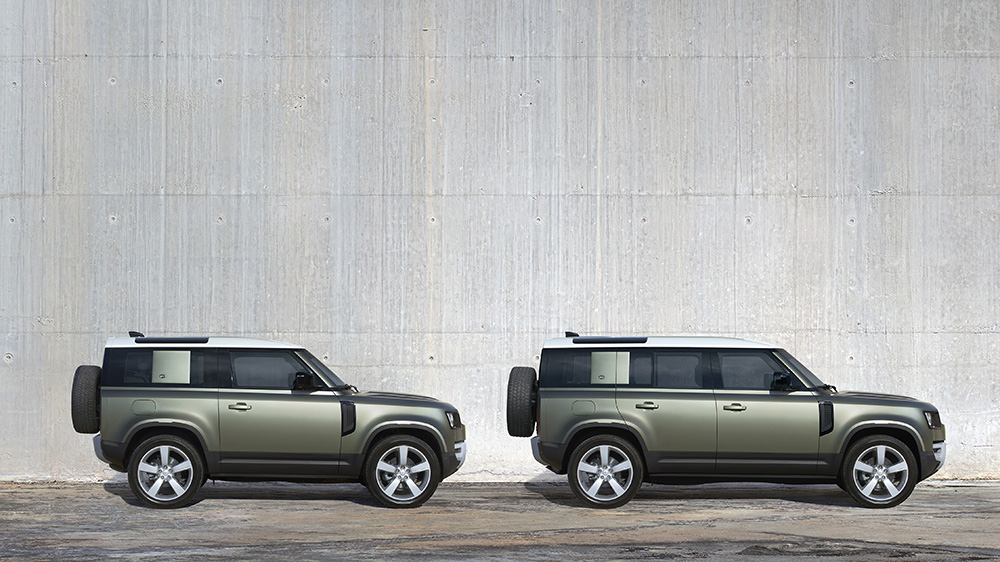 Other impressive features include 8.5 inches of ground clearance for the two-door defender, and 8.6 for the four-door version, both of which can be bumped up to 11.5 inches by selecting the vehicle’s off-road-height setting. The vehicle, regardless the variant, can also handle up to 90cm of water, which is five inches more than the Jeep Wrangler can deal with.

Check out more photos of the reborn Defender below: 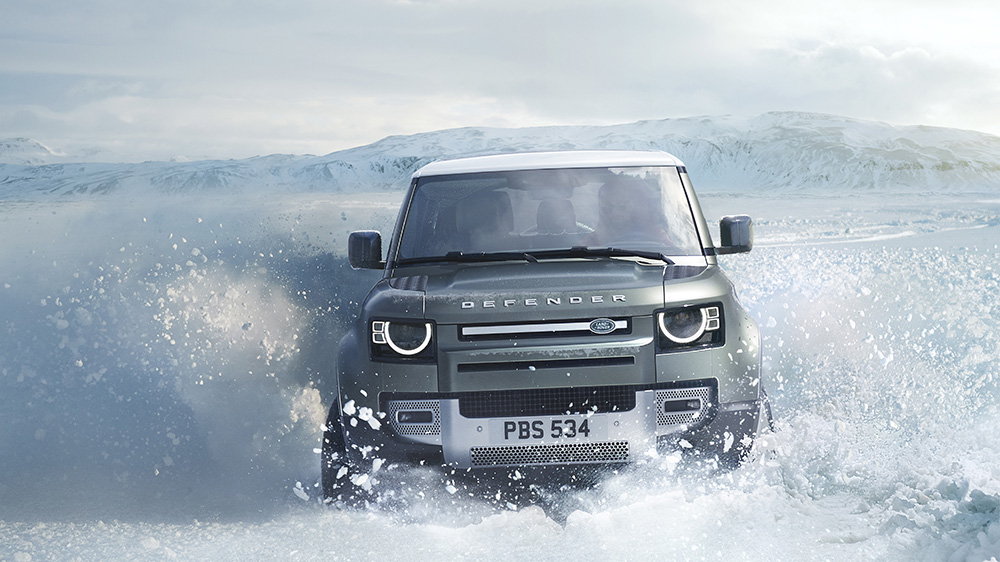 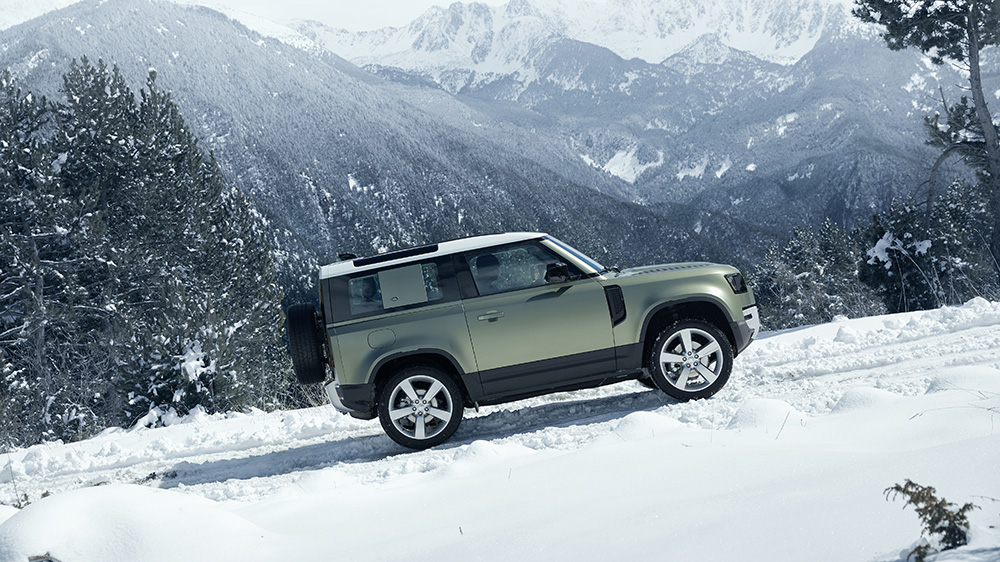 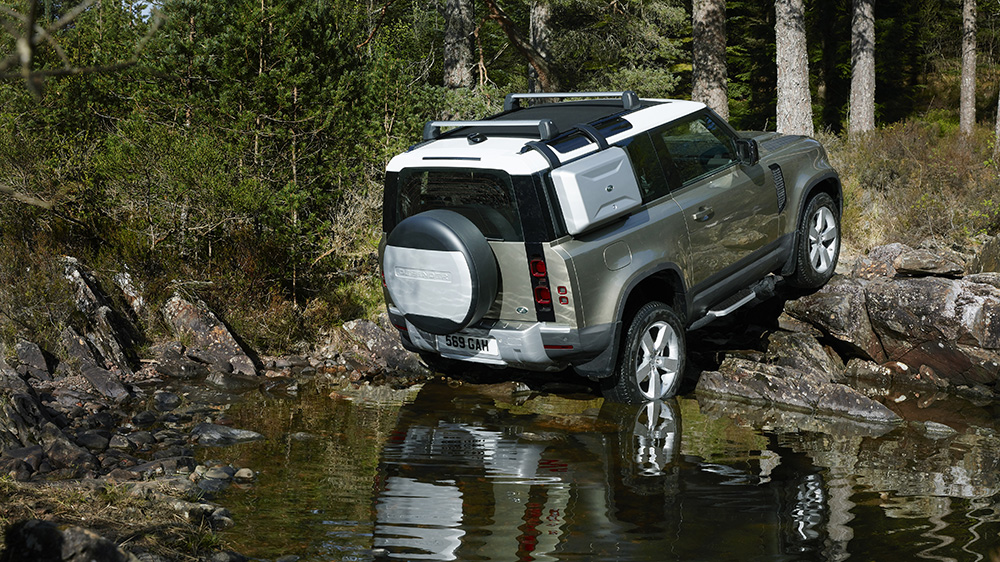 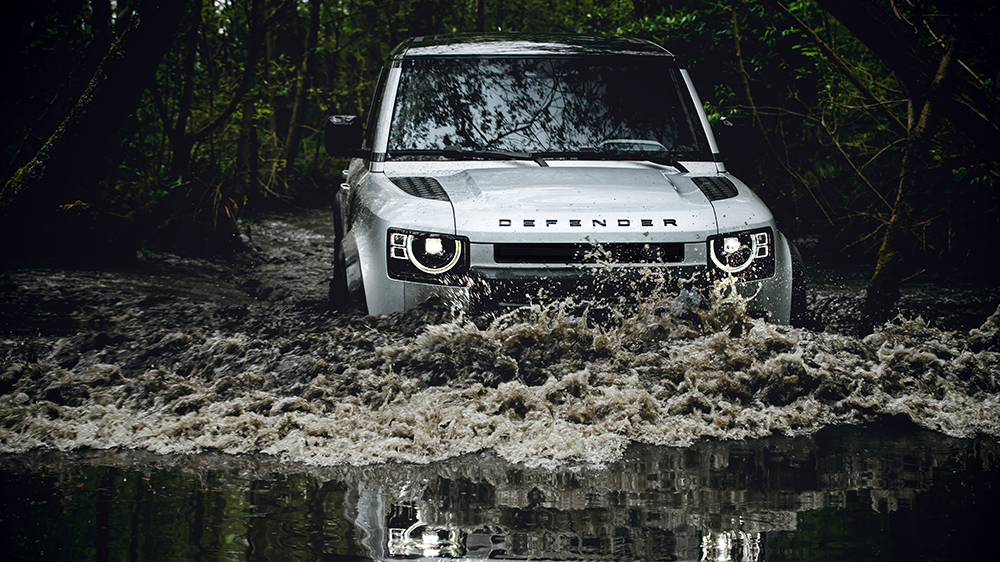 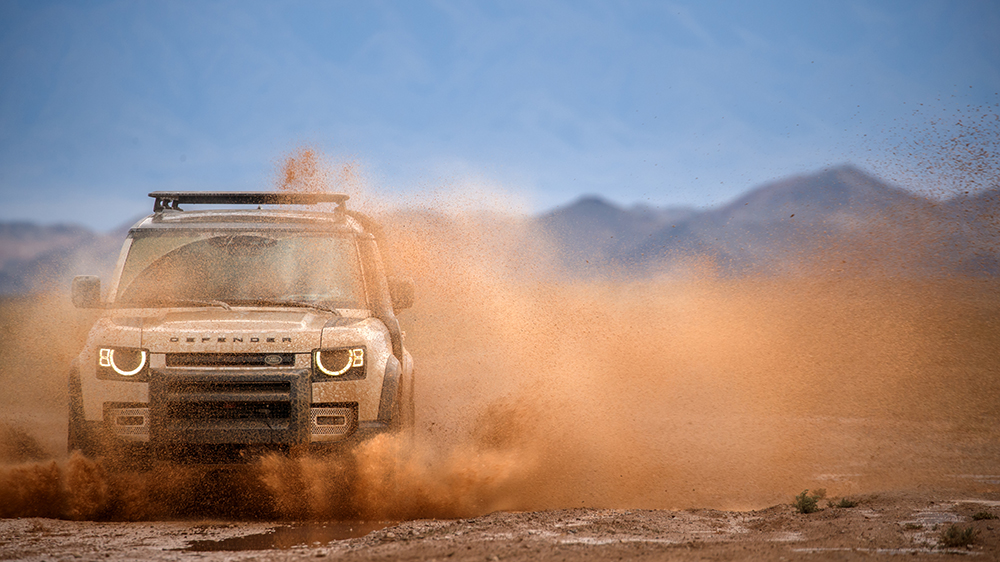 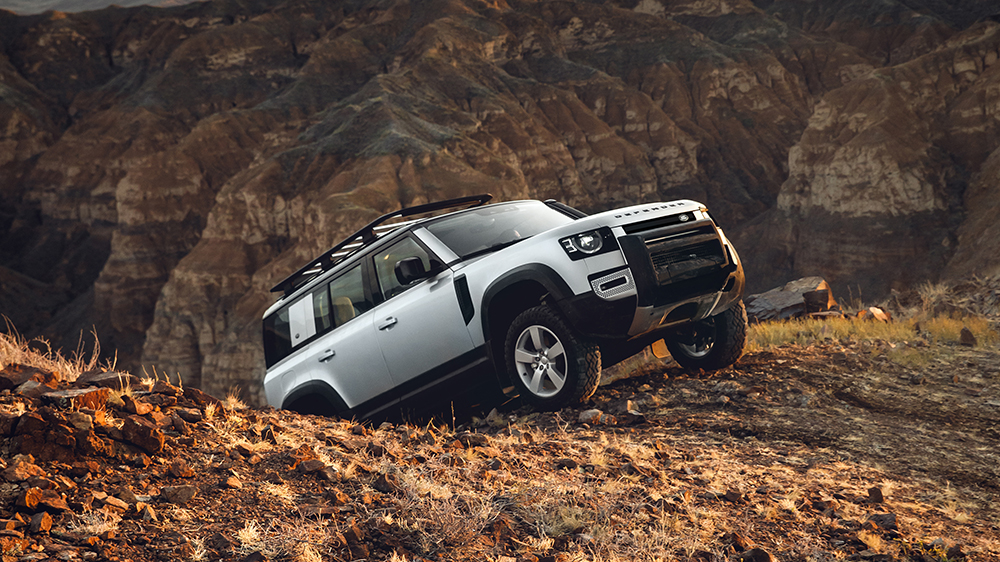 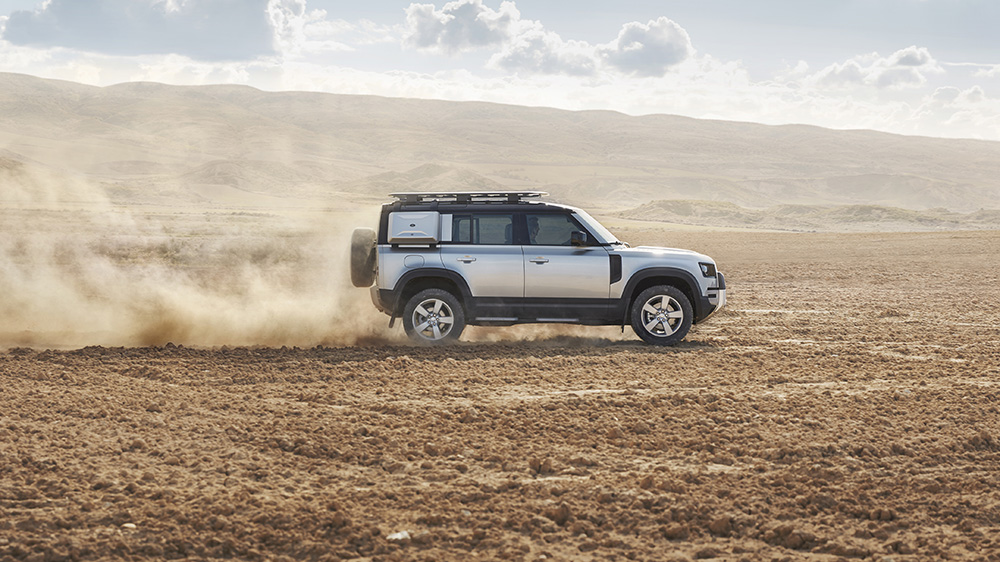 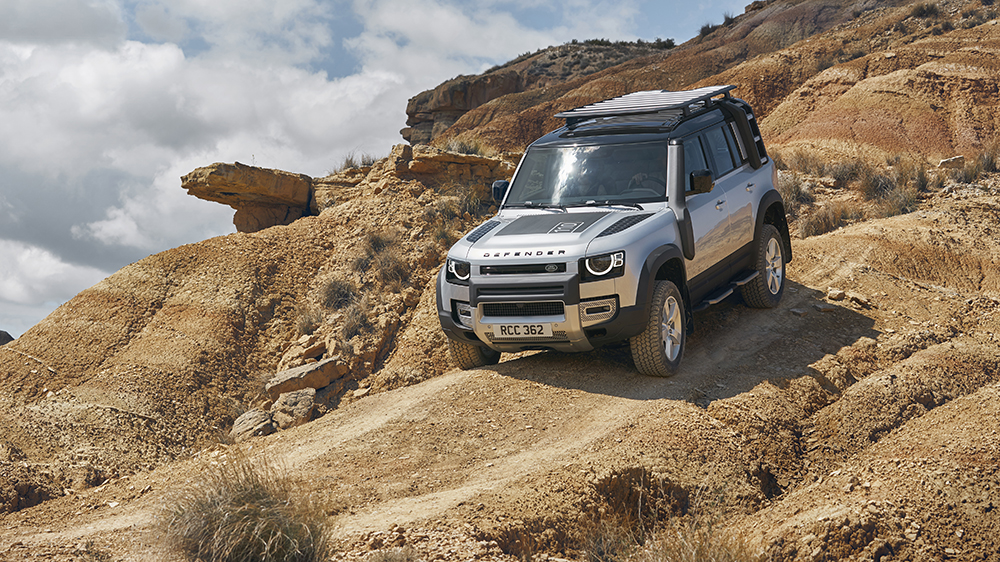