Lamborghini’s New Supercar Boasts Its Most Powerful V12 Ever

Although its performance will be reserved for the track.

Regardless of how you feel about Lamborghini, there’s one thing the marque can never be accused of—resting on its laurels. Despite its well-earned reputation for over-the-top design and performance, the Italian automaker continues to push the proverbial envelope. And its latest car looks like it will continue this tradition.

On Tuesday, the marque unveiled the SCV12, a limited-edition, track-only vehicle sure to catch the attention of speed freaks the world over. And while any new Lambo would be a cause for celebration, this one is especially noteworthy since it features the company’s most powerful V12 yet. 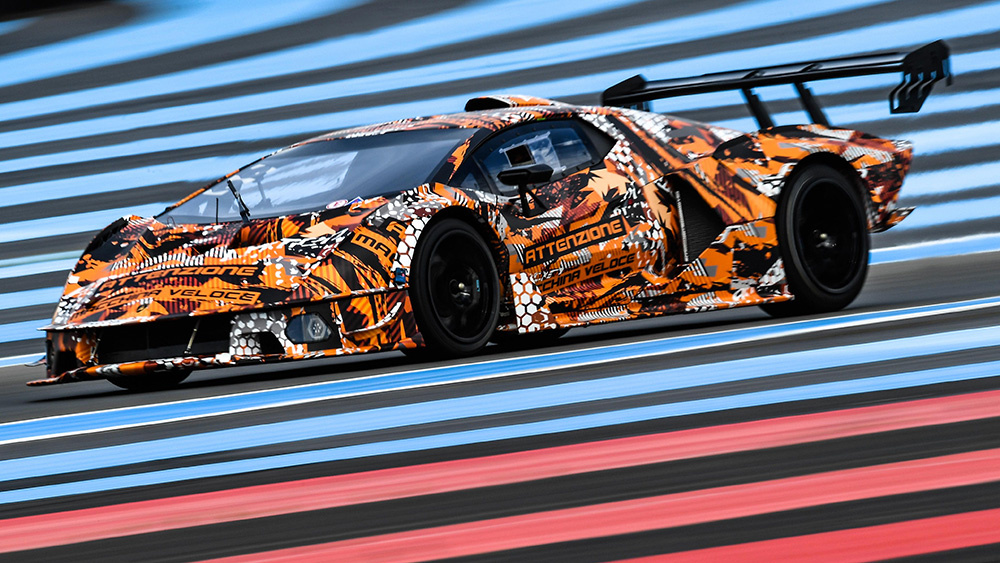 We’re still months from the SCV12’s full debut, but Lamborghini did dish out a few tantalising tidbits about the upcoming supercar. First and foremost, it will powered by a naturally aspirated V12 mated to a sequential six-speed gearbox that will send its power to the rear axle, according to a press release. The brand promises that this powertrain will be able to produce in excess of 455kW. Another exciting feature is a chassis made from carbon fibre, which will boost the vehicle’s power-to-weight ratio. The car will also ride on a set of 19- and 20-inch front and rear magnesium wheels outfitted with Pirelli racing slicks.

The SCV12’s impressive power specs will be bolstered by a wild aerodynamic design that was developed in conjunction with the company’s Squadra Corse Motorsport team. While the final shape of the car is currently hidden by black, white and orange camouflage, Lamborghini said its hood will feature a double air intake, and its roof will be adorned with a ram-air intake scoop. Other design features meant to improve the car’s aerodynamics include a front splitter, lateral flicks, vertical fins and a dramatic carbon-fibre rear wing. These elements will combine to give the car more downforce than a GT3 race car.

Lamborghini has yet to reveal how much the SCV12 will cost or how many examples will be built, but each track-only racer will be assembled entirely within the Lamborghini Squadra Corse factory in Sant’Agata Bolognese. Even better, each customer who buys the car will get access to the automaker’s exclusive advance driving program, which includes tutoring from five-time Le Mans-winner Emanuele Pirro.