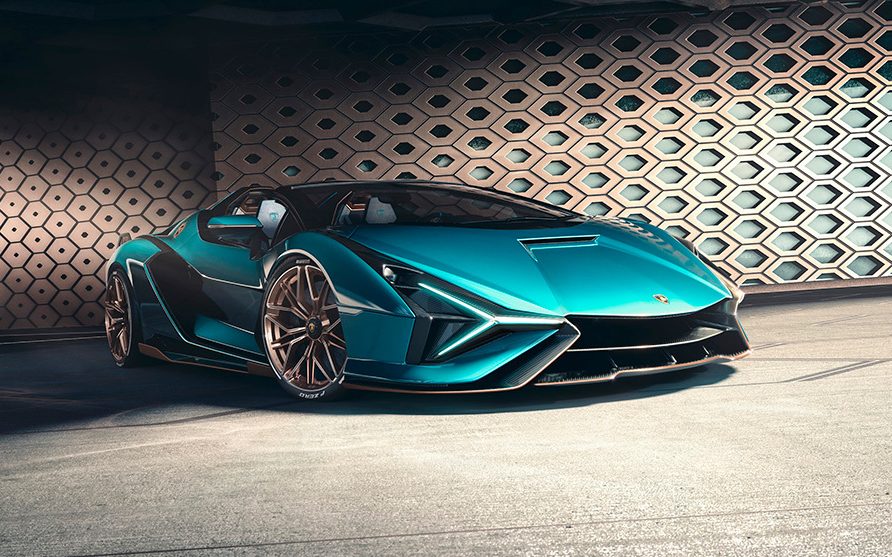 Lamborghini is joining the electric revolution.

The Italian marque, known around the world for its freakishly powerful supercars, laid out an ambitious electrification roadmap on Wednesday morning. The multi-pronged strategy will see the brand, which is part of Volkswagen AG, offer hybrid versions of each of its models by 2025 and introduce its first entirely battery-powered car before 2030.

As part of the three-phase plan, which is named after the brightest star in the Taurus constellation, Cor Tauri, Lamborghini will spend $1.8 billion to electrify its lineup. That’s the biggest investment yet from the automaker, according to a press release. The brand believes it will be money well spent, though, and will help it halve its CO2 emissions by the middle of the decade.

Of course, that doesn’t mean that the marque is ready to say goodbye to its famous V-12 engines just yet. The first phase of the new strategy, which will cover the next two years, will be a celebration of the automaker’s recent combustion engine success. This will include the introduction of two new V-12 models before the year is over.

The second phase, which is set to start in 2023, will see the launch of the brand’s first series-production hybrid. More will follow, with plans to have electrified versions of each supercar available by the end of 2024. Expect these vehicles, like the brand’s first hybrid, the limited-edition Sián (pictured above), to have even more carbon fibre than usual to compensate the extra weight that comes from the added electric hardware.

In the latter half of the decade, a third phase will kick in, culminating in the debut of Lamborghini’s first fully electric vehicle. Details about the brand’s first EV are still scarce, but Bloomberg reports that it will likely have two doors and four seats, meaning it probably won’t be based on the popular Urus SUV. If the automaker’s press release offers hints, it could even be a completely brand-new vehicle. 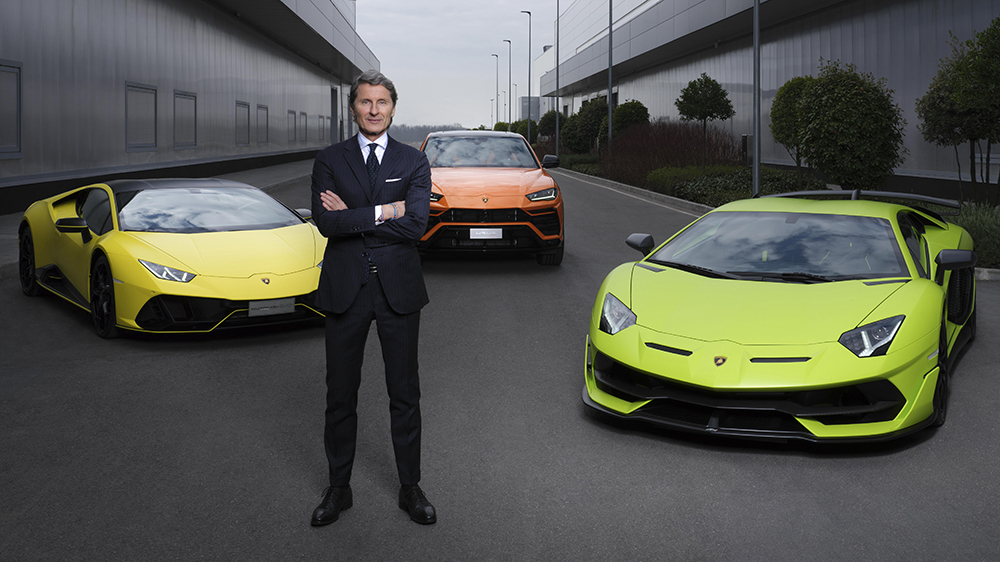 Lamborghini president and CEO Stephan Winkelmann in front of the Huracán, Urus and Aventador Lamborghini

“Lamborghini’s electrification plan is a newly plotted course, necessary in the context of a radically changing world, where we want to make our contribution by continuing to reduce environmental impact through concrete projects,” CEO Stephan Winkelmann said in a statement. “Our response is a plan with a 360-degree approach, encompassing our products and our Sant’Agata Bolognese location, taking us towards a more sustainable future while always remaining faithful to our DNA.”

Volkswagen AG, which also owns Audi, Porsche and Bentley, was rumoured to be considering spinning off Lamborghini as recently as last spring, Reuters reported at the time. In April, though, Lamborghini announced it had its best first quarter ever, with sales up 25 percent. For now, the supercar maker’s future looks as bright as ever.