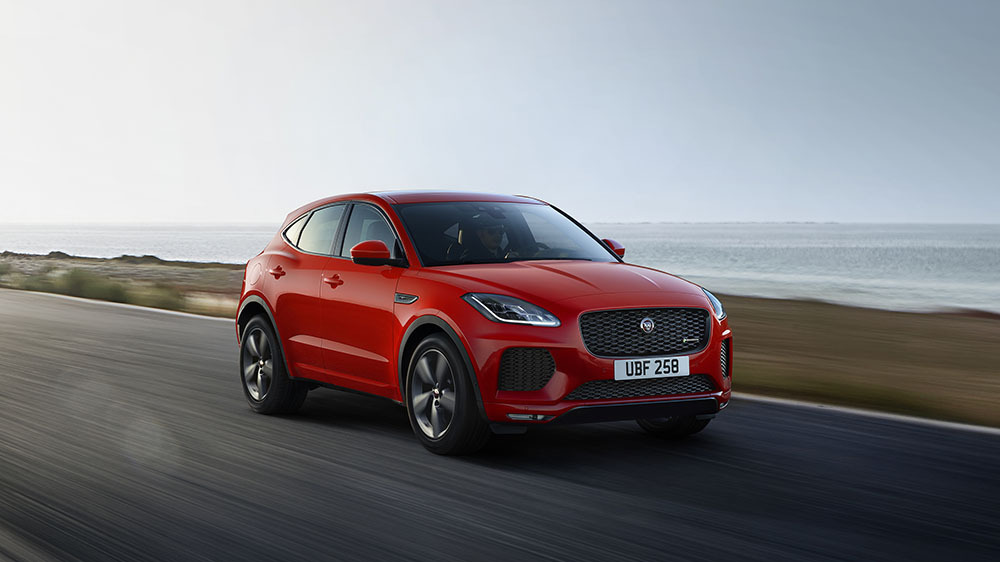 The new variant comes with a slew of premium design flourishes and an expanded list of features that build upon the E-Pace’s already dynamic foundation.

Jaguar will spice up the E-Pace by bringing a new, limited-edition version of the crossover to the Australia. The British automaker has revealed that its compact performance SUV will be the third of the brand’s vehicles to get the exclusive Checkered Flag edition.

The E-Pace Checkered Flag edition is the same crossover Jaguar customers have come to know and love since its release in 2017—only better. Along with a slew of new premium design flourishes, the vehicle comes with an expanded list of deluxe features. The model comes with R-Dynamic body-coloured front and rear bumpers, a black exterior pack, twin tailpipes, LED headlights, J Blade daytime running lights, Satin Dark Grey wheels and “Checkered Flag” exterior side badging. It will also be available in three colours—a model-exclusive Photon Red, Corris Grey and Yulong White.

Beyond those design touches, the E-Pace offers a fair amount of punch. Jaguar’s 183kW 2.0-litre turbocharged inline four-cylinder engine allows the car to go 0-100 in 6.7 seconds and hit a not-at-all-shabby top speed of 230km/h. Drivers can also get the company’s Adaptive Dynamics system is also available as an option. The system monitors the vehicle’s movements every two milliseconds, allowing it to respond instantly to driver inputs and road surface changes, providing greater control and safety.

The E-Pace Checkered Flag edition follows in the footsteps of similar variants for the brand’s F-Type sports car and F-Pace SUV. Whereas the standard E-Pace starts at $46,950, the new limited-edition version starts at around $75,460.

Check out more photos of the crossover below – Courtesy of Jaguar: