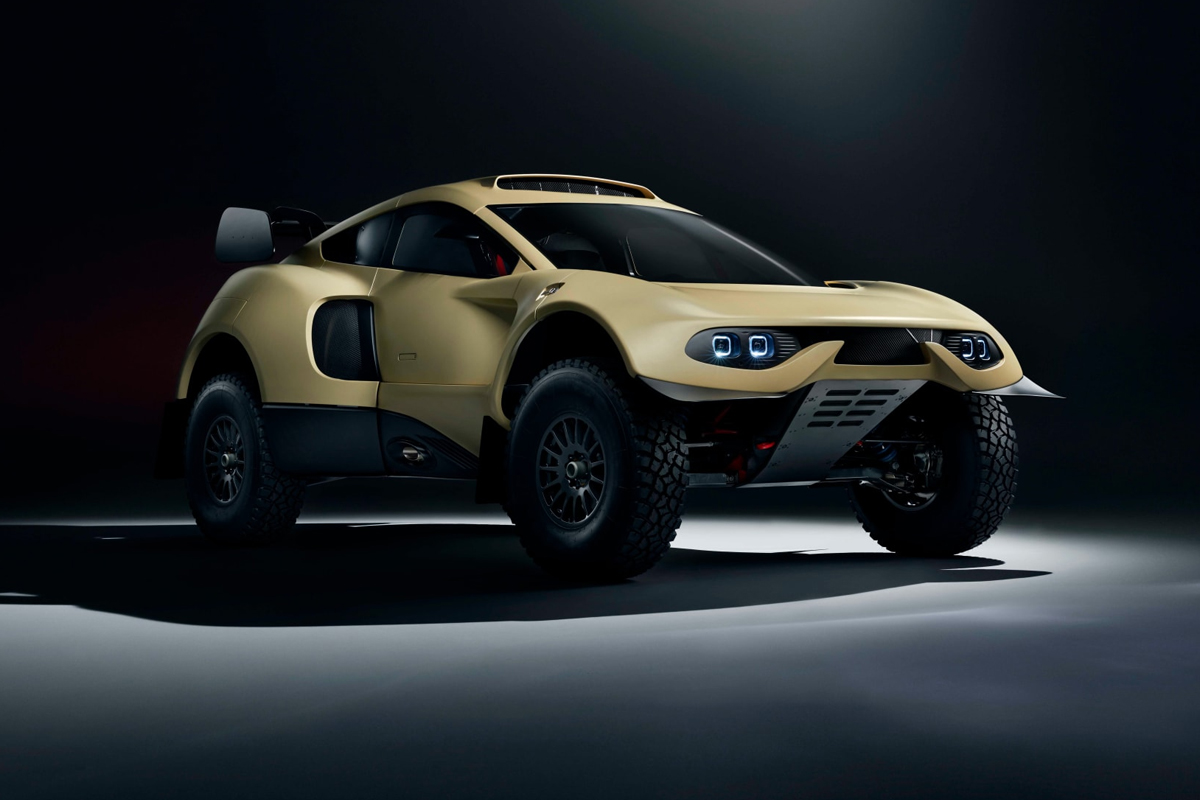 Prodrive’s behemoth has been dubbed ‘the Hunter’ for a reason.

The terms “hypercar” and “all-terrain” are rarely found side-by-side. So if you’ve always wondered what a mashup of those two may look like, allow British automaker Prodrive to introduce you to its latest.

Dubbed the Hunter, the four-wheel drive hypercar is designed for high performance from desert sands to mountain tracks. Its beastly bodywork is made of lightweight carbon fibre composite, which includes recycled materials. Down below, you’ll spot its high-tensile steel chassis that features double-wishbone suspension with twin adjustable dampers; alongside bespoke 35-inch wheels made for off-roading. The hypercar also has 50 per cent more power than the Hunter T1, a race version that inspired its design after debuting at the 2021 Dakar Rally. Soon, you’ll be able to order one of your own for approx. $2.1 million. 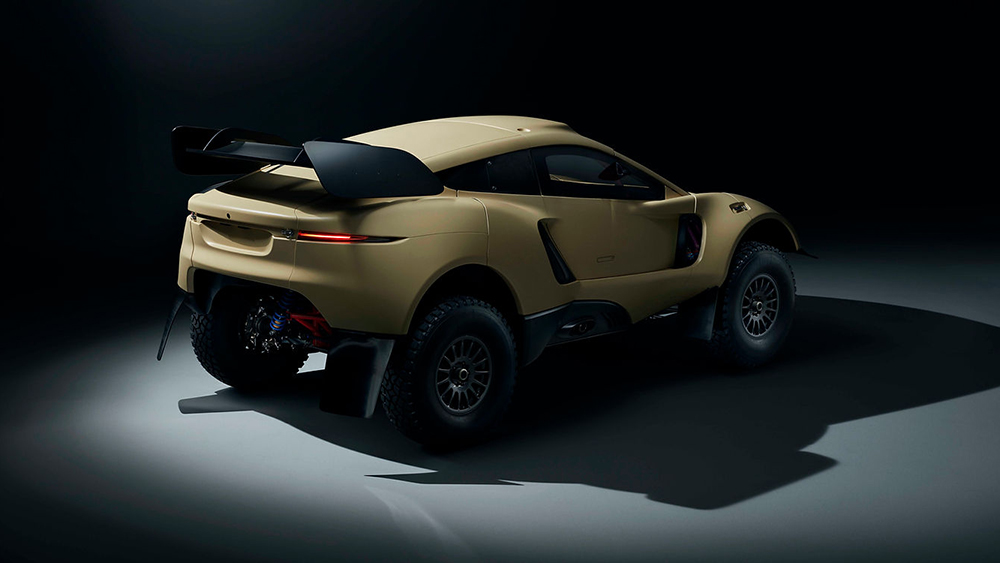 Rear profile of the Prodrive Hunter. Courtesy of Prodrive

Renowned British car designer Ian Callum worked on the Dakar model—with the Bahrain Raid Xtreme sports team—and returned for this project to create a more comfortable interior for everyday driving. His additions include carbon fibre seating with six-point safety harness and a dual fire extinguisher system for safety. Hopefully, you won’t find yourself in any situations that would call for an extinguisher, but it’s there. A six-speed paddle shift is also placed in the centre console of the ride that replaces the former racer’s clunky manual gearbox.

As for its drivetrain, there are a few things to gush over. The Hunter runs on a 3.5-litre twin-turbo V6, for starters, that has been refined and retuned to produce up to 447kW. The dry sump engine also produces 700Nm of torque that helps allow the behemoth to reach a top speed of 298km/h and go 0-100km/h in under four seconds. Not having to comply to strict competition regulations is what encouraged Prodrive to increase the Hunter’s speed in its street-legal version. However, if you feel yourself speeding too far ahead, the six pot racing brake calipers and vented discs will grant you plenty of stopping power while on and off-road, thankfully. 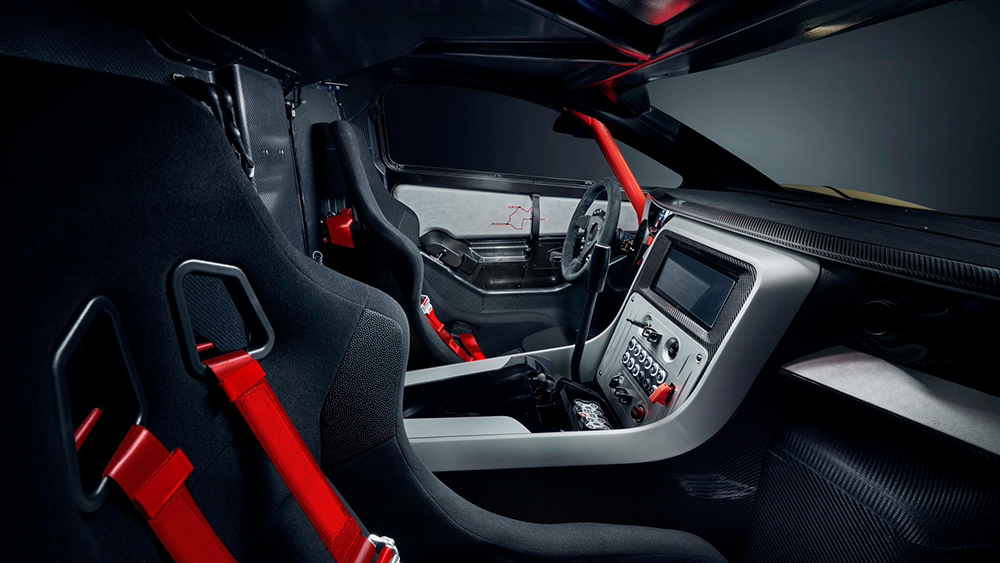 Interior of the street-legal hypercar. Courtesy of Prodrive

Founded in 1984, Prodrive is known for its innovative designs that span across the automotive, aerospace and marine sectors. Even more noteworthy, it has competed in over 1,200 events and amassed an extensive list of titles from FIA World Rally and Sportscar occasions, to Le Mans and British Touring events. While the company’s race-ready edition of the Hunter made headlines when driven by nine-time World Rally Champion Sebastion Loeb last January, this street-legal edition is sure to spark much more interest.

“There are numerous hypercars on the market, however they all need good roads or even race tracks to show their performance,” says Prodrive chairman David Richards in a statement. “We identified that in certain parts of the world, particularly the Middle East, there are vast expanses still to be explored that go way beyond the access provided by asphalt roads. Therefore, why not create a vehicle that gives the opportunity to explore these regions with performance way beyond that offered by any off-road vehicle before.”

Deliveries are expected to be made later this year. Visit Prodrive.com for more details. Check out more images below. 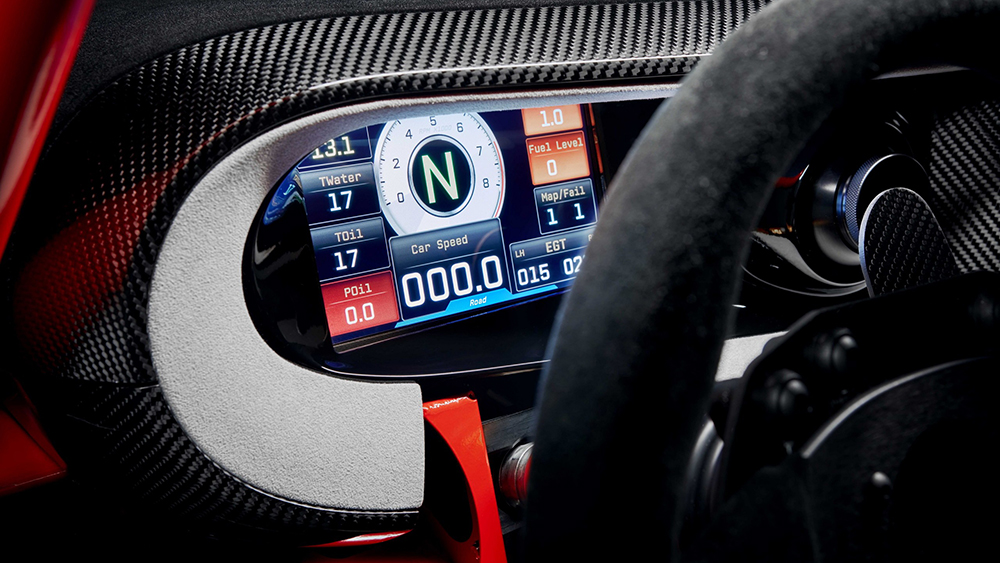 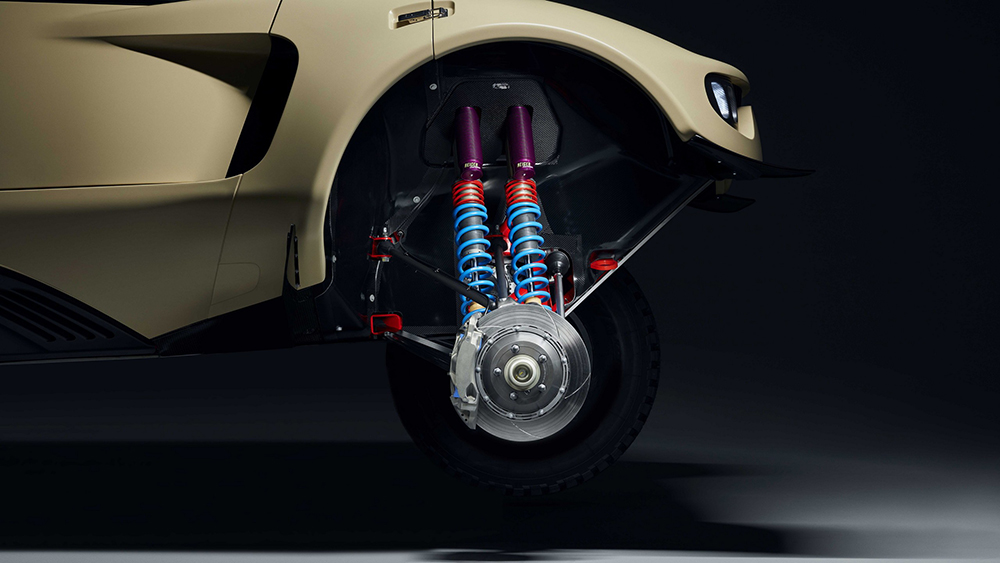 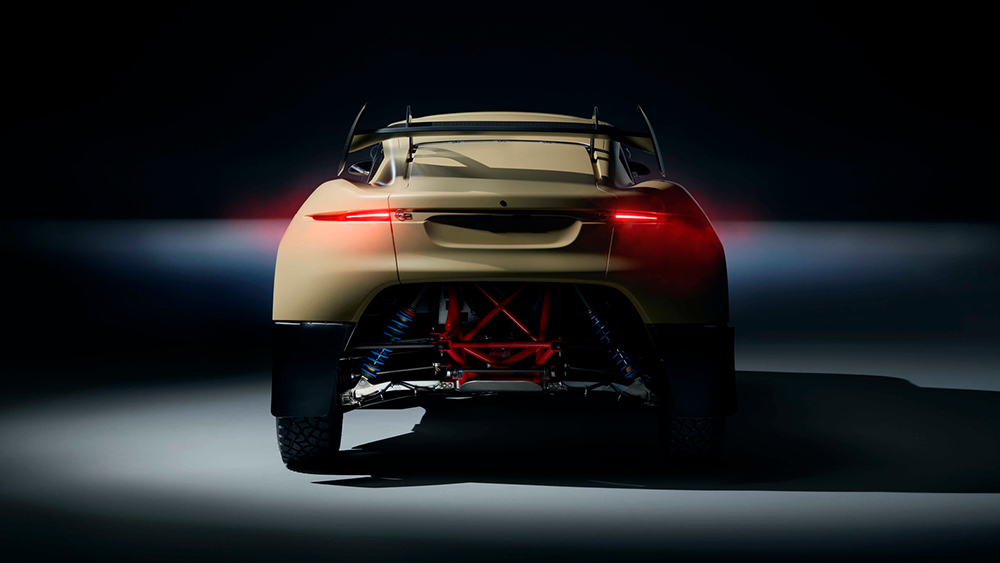 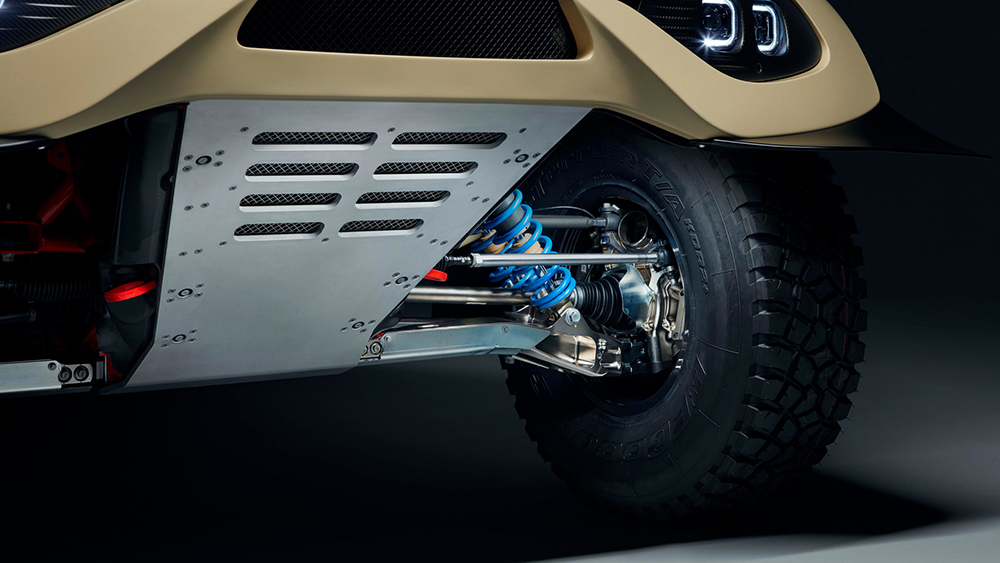