The final version of the 3-D-printed vehicle is here, and it’s impressive.

It’s taken a year, but the Czinger 21C is ready to go from dream to reality.

Earlier this week, the Los Angeles-based startup unveiled the production-spec version of its 3-D-printed hypercar. Sacrifices are usually made on the journey from prototype to final version but the 21C may turn out to be even better than promised.

The 21C, which is built using 3-D printing and robotics, has undergone some significant upgrades over the last year, but one thing that remains mostly the same is the body that was first teased early last year. Although it’s wider than before—it’s 2.05m to be exact—the car still looks like a futuristic race car with massive fenders over the front and back wheels, a bubble cockpit and a giant rear wing. No images of the final interior were made available, but the brand is still promising in-line tandem seating, which should only heighten the sense that you’re in a cockpit. 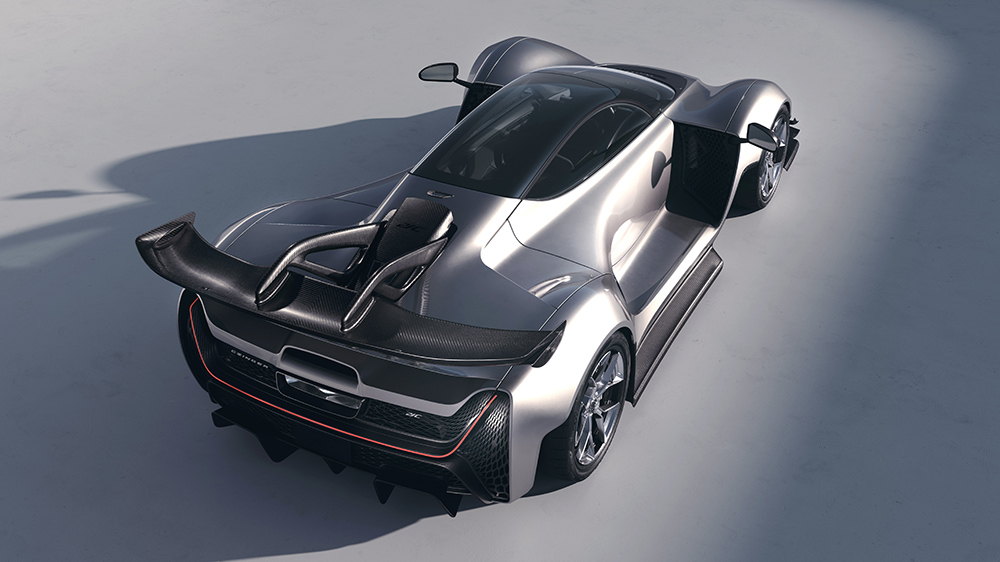 The hypercar’s powertrain has been given a subtle revision and is, if anything, more impressive than before. The car is powered by a hybrid drivetrain that consists of a twin-turbocharged 2.88-litre V-8 and two electric motors, one positioned on each front wheel. Mated to an ultra-light, sequential seven-speed automated manual transmission that sends power to each wheel, the mill and motors combine to produce a robust 932kW. It may not be the most powerful hypercar out there, but with a 1:1 power to weight ratio—the car tips the scales at 1,240 kg—it will be more than capable enough. If that isn’t enough for you, a 75kW upgrade is available.

And you should be able to feel all those ponies. Czinger says the vehicle can rocket from zero to 100km/h in 1.9 seconds, hit 300km/h in 13.8 seconds and 400km/h in 21.3 seconds. Thanks to its lightning-quick acceleration, it can also cover the quarter-mile in 8.1 seconds and reach a top speed of 452km/h in its “low drag vmax” configuration, which is 21km/h more than promised. And unlike this week’s other high-tech speed demon, the 1,900 hp Rimac Nevera, there’s no mention of these figures being achieved on a high-traction surface. 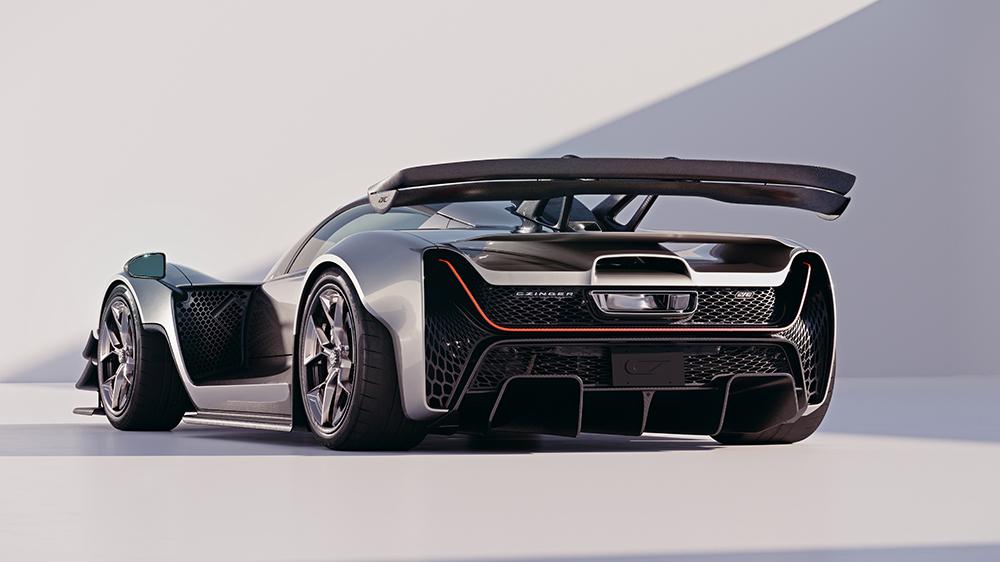 The 21C may not be a zero-emission hypercar like the Nevera, but Czinger has tried to make it as eco-friendly as possible. The vehicle’s V8 was specifically designed to run on a number of different fuel types. This includes carbon recycled methanol and e-fuels, which could eventually bring its emissions close to zero and at least much lower than your average gas guzzler.

We’re still waiting on a price and release date for the 21C, but Czinger has said it will build just 80 examples of its next-generation hypercar. Considering how much the startup has managed to pack into its first vehicle, don’t be surprised if its sticker price ends up topping the $2.3 million that was being thrown around last spring.