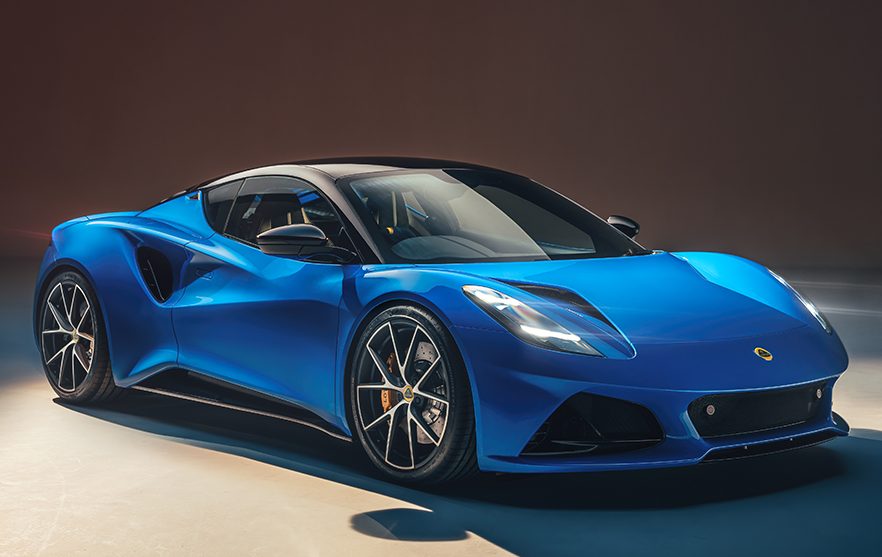 The new vehicle will be the British marque’s final combustion powered car.

Lotus may be speeding towards an electric future, but it’s not ready to give up on gas-powered cars just yet.

The British marque unveiled its final combustion sports car, the Emira. Set to go on sale early next year, the modern-day speed machine is a replacement for both the Elise and Exige and will be its only non-EV from 2022 and beyond. 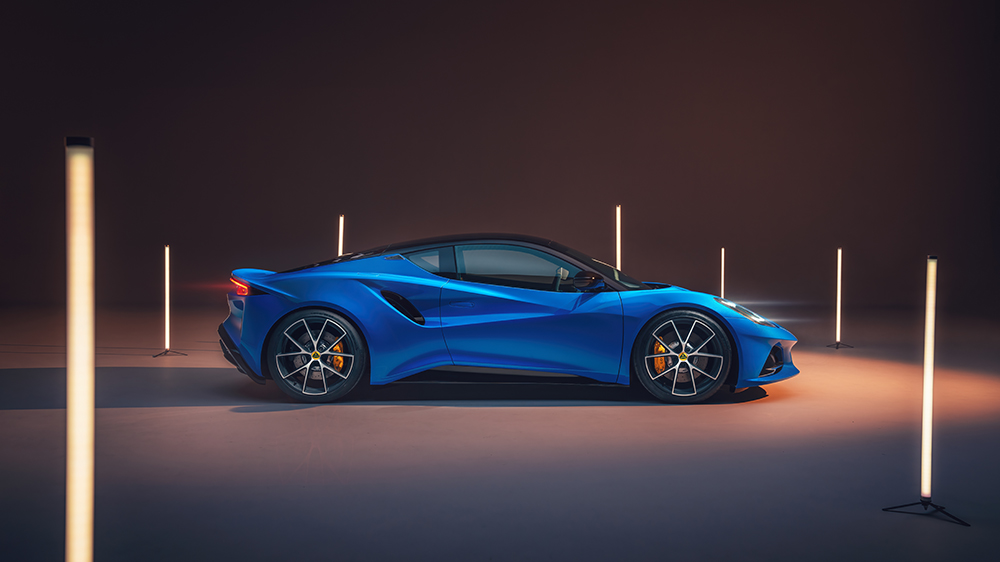 The mid-engine Emira is Lotus’s first all-new sports car since the Evora made its debut in 2009 (the Exige is the coupé version of the Elise, which launched in 1996). Despite this, it’s not the only new model the company has in the works. There’s also the brand’s first electric hypercar, the Evija, to which the Emira bears a striking resemblance. This is best seen in the new vehicle’s front fascia and the bold contours of its carbon-fibre body. Sadly, it doesn’t retain the Evija’s spaceship-like rear, but it’s still quite the head-turner. 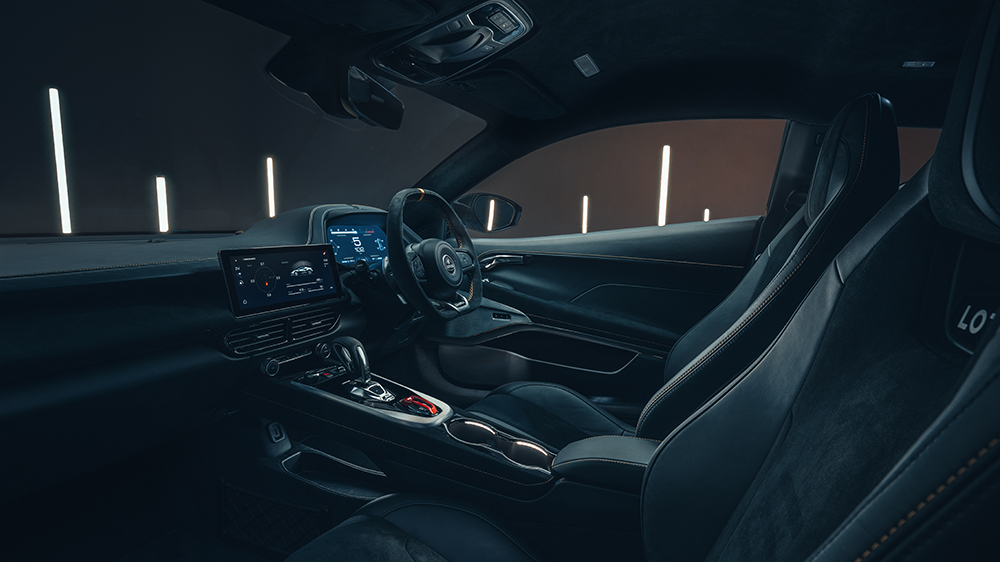 Inside the Emira Richard Pardon/Lotus

The style isn’t limited to the outside of the car. Open up the coupé’s doors and you’ll find a thoroughly up-to-date, two-seat cabin. The driver’s cockpit and dashboard have been fitted with 12.3- inch and 10.2-inch touchscreens, respectively. The infotainment system, which was developed in house, has integrated Android Auto and Apple CarPlay for those wondering how easy it will be to connect their smartphone.

As impressive as the Emira may look, it’s also got plenty to be proud of underneath its hood. The new model is the first built using the brand’s new Sports Car Architecture, which features the same bonded extruded aluminium chassis technology that debuted on the Elise, according to a press release. The car, which weighs in a relatively lightweight 1405kg, will come equipped with either an AMG-sourced four-cylinder or a Toyota-sourced supercharged V-6 engine. 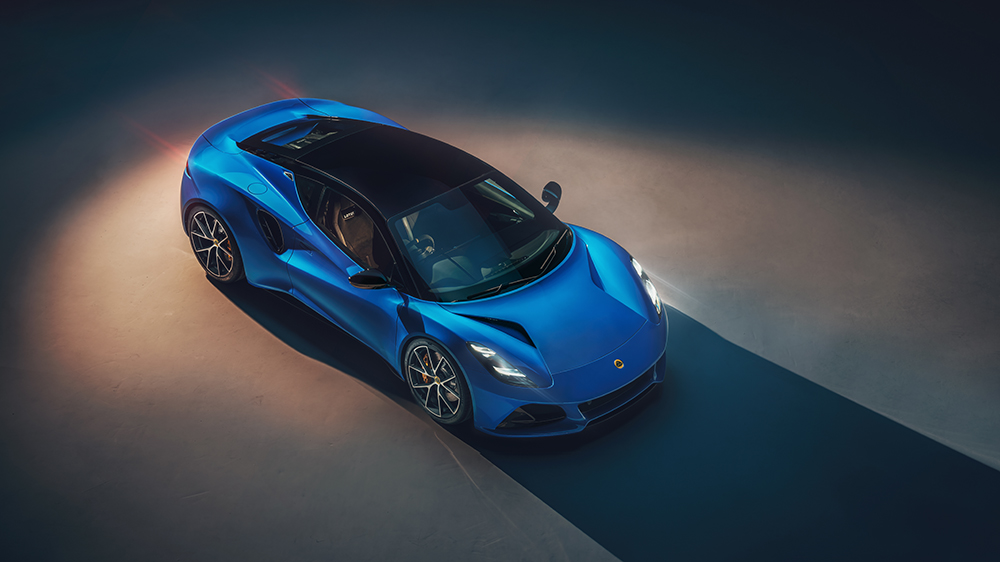 Whichever engine you choose, you’ll be able to mate it to an automatic, dual-clutch or manual transmission. The former will produce 269kW, while the latter can generate 298kW and 430Nm of twist. Neither of those mills can compete with the Evija’s quad-motor powertrain—which produces 1490kW and 1694Nm of torque—but they both provide plenty of pep. The automaker says the quickest Emira, which is almost certainly the V-6, will zoom from zero to 100km/h  in 4.5 seconds and will have a top speed over 290km/h.

“The Emira is a game-changer for Lotus,” Matt Windle, the company’s managing director, said in a statement. “It stands as a beacon of everything we have achieved to date in the transformation of the business, the embodiment of our progress.” 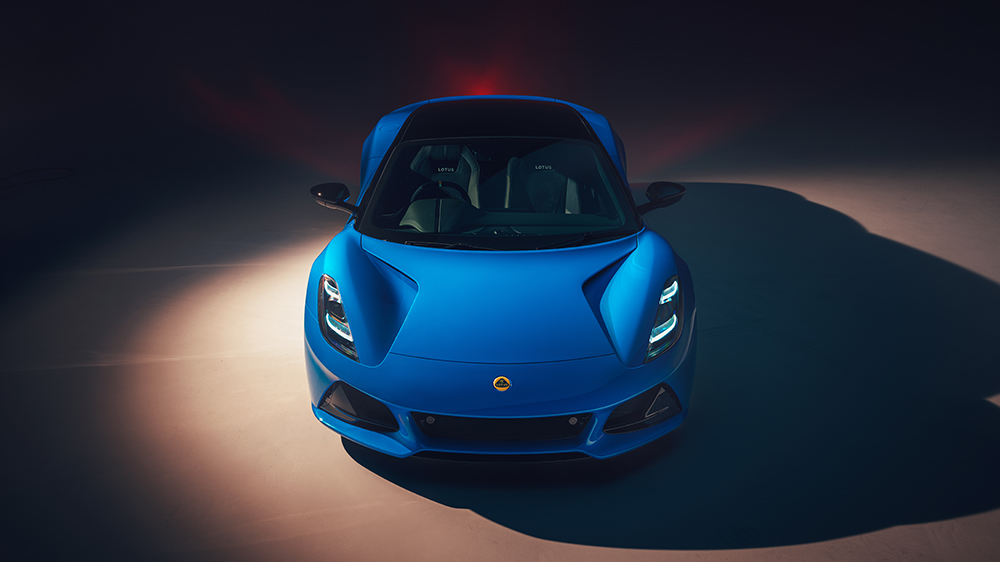 The Emira will be built at Lotus’s new renovated manufacturing facility located in Hethel in Norfolk, England. The marque has yet to announce pricing for the sports car, though it said the model will likely start below £60,000 (about $110,000) when it goes on sale early next year. While the Emira may not be nearly as powerful as the Evija—which also doesn’t have a firm release date yet—it’s loads more cost conscious. The company’s first EV will start in the $3 million range.