Even with all the excitement surrounding the upcoming Hummer EV super ute, the reality is not everyone wants a car with a tray. Which is why GMC is also releasing an SUV version of its battery-powered bruiser.

After months of teasing, the Detroit automaker finally unveiled the SUV variant of its eagerly anticipated EV. Packed with the same high-tech features as the ute, and a couple surprises of its own. Here’s what we know about the SUV so far:

The fully enclosed Hummer EV measures 20 inches shorter than the ute. Despite this, it can still comfortably sit five adults and you can fold down the rear seats to open up 2321L of cargo space, with additional room under the load floor. The massive cargo space is accessible via a power swing-out boot with a full-size, rear-mounted spare tire. The cabin also features the ute’s easy-to-remove Infinity Roof sky panels, which can be stored in the EV’s frunk when you feel like transforming the SUV into a convertible 4×4. 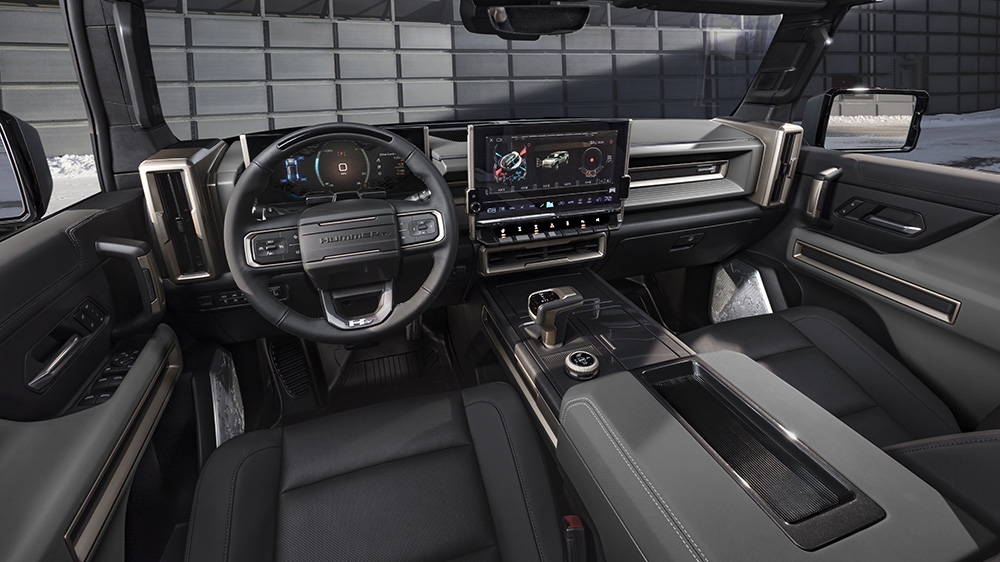 Just like the Hummer ute, the SUV’s interior sports an angular, tactical design. The dashboard is dominated by two screens, a 12.3-inch digital gauge cluster and a 13.4-inch touchscreen infotainment system. From the latter, you’ll be able to engage the vehicle’s Super Cruise hands-free driving technology and use its new trail mapping feature, accessible via the myGMC app. Of course, there’s still plenty of physical control, including a rotary dial that manages the Hummer’s Crabwalk feature and adjustable air suspension.

The Hummer SUV will be less powerful than ute version, but only slightly. The top-of-the-line, three-motor Ultium Drive System generates 619kW and 15,590Nm of torque, according to a press release. That’s 17 per cent less power than the ute’s claimed 745kW figure, but still more than enough. It will have plenty of pep, too, as it’s able to accelerate from zero to 97km/h in just 3.5 seconds, an astonishing figure for such a burly off-roader. 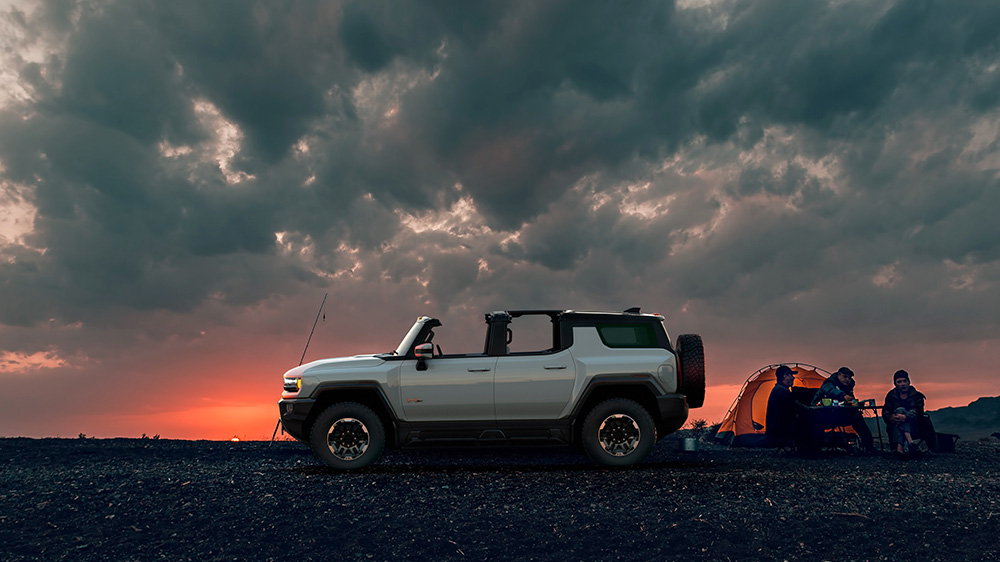 The SUV will also have a range of 480km, which lags behind the ute’s 560km figure but is still impressive by today’s standards. The slight decrease in power and range can be attributed to the smaller battery pack necessitated by the vehicle’s 9-inch-shorter wheelbase. We don’t know the exact capacity, but Car and Driver puts it at 167.0 kWh, compared to the 200-kWh capacity of the ute’s battery. The SUV will also come with an optional 6.0 generator. As we saw with the Ford F-150’s PowerBoost generator this winter, those can be useful.

News that the Hummer SUV is less powerful than the ute will be disappointing to some, but there is a tradeoff. Because of the shorter wheelbase, the new model also has a shorter turn radius than the ute. Thanks to this, the SUV will be incredibly agile despite its hulking size, especially when considering the standard four-wheel steering and the Crabwalk feature that allows it to drive diagonally. 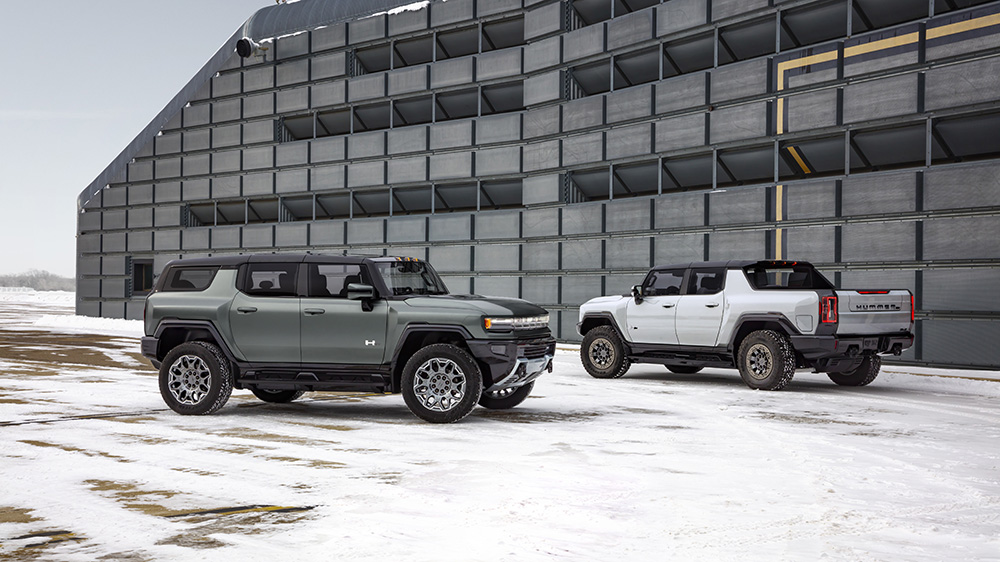 Plans for the battery-powered bruiser’s arrival down-under remain unclear, as to date, General Motors Speciality Vehicles (the local arm) has yet to reveal its plans for an Australian launch of its EV ute. However, neither vehicle has been officially ruled out, meaning there’s still hope for Hummer (and EV) fans alike.