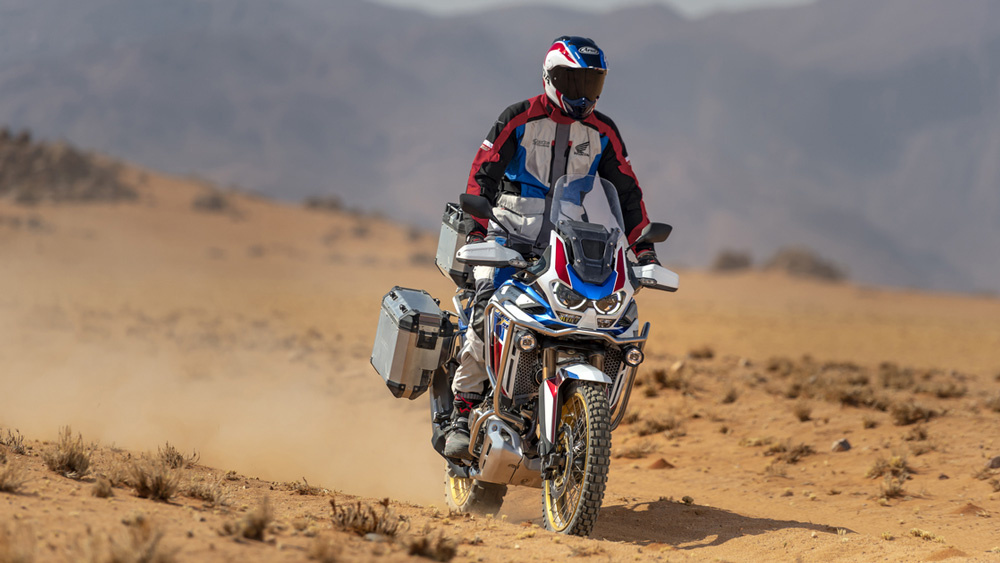 The 2020 base and Adventure Sports versions now include a host of handling control systems while remaining true to the model’s original mission.

It’s been five years since the rebranded Honda Africa Twin made its debut, wowing the world’s adventure riders with a mix of easy handling and a silky-smooth motor that refused to get into the power arms race currently consuming some of its European counterparts. And now, Honda has unveiled a heavily revised Africa Twin range for the 2020 model year.

The base model and up-spec Africa Twin Adventure Sports ES still reflect the mission of the original Africa Twin—true adventure—with Honda aiming the machine as a rugged off-roader capable of reliably reaching far away destinations. (Both versions also have a Dual Clutch Transmission as an option)

Part of the selling point for the first-generation Africa Twin was the conservative use of electronics. Basic traction control, ABS and four riding modes was all you got—but that has all been changed with the latest iterations. Along with a six per cent capacity increase for the parallel-twin motor (to 1084cc), the models now feature a reworked chassis that’s lighter and nimbler than the 2015-2019 editions and wrapped in sleeker bodywork with LED headlights that adapt their brightness according to the ambient light. The base model and the Adventure Sports now utilize a six-axis Bosch Inertial Measurement Unit that will govern the new lean-sensitive traction control, cornering ABS, wheelie control and rear-wheel torque control algorithms.

And, at long last, Honda has fitted cruise control to the Africa Twin platform—a small but significant update that long haul riders have been yearning for. This brings the Africa Twin into line with class leaders like the KTM 1090 Adventure R and BMW R 1250 GS, with the electronics accessed by a beautiful new 6.5-inch TFT display that puts the Gameboy-like digital dash of the first-generation edition firmly in the past.

Interestingly, Honda has swapped the designation of the base model and the Adventure Sports, with the latter taking on a more road-focused approach and the base model aimed squarely at conquering the world of off piste. The Africa Twin has become one of Honda’s most popular and important models since its release and this new edition puts Honda firmly at the pointy end of the big bore adventure segment. Deliveries are scheduled for March 2020 and we’ll have a full review of the new Africa Twin range in the coming months.