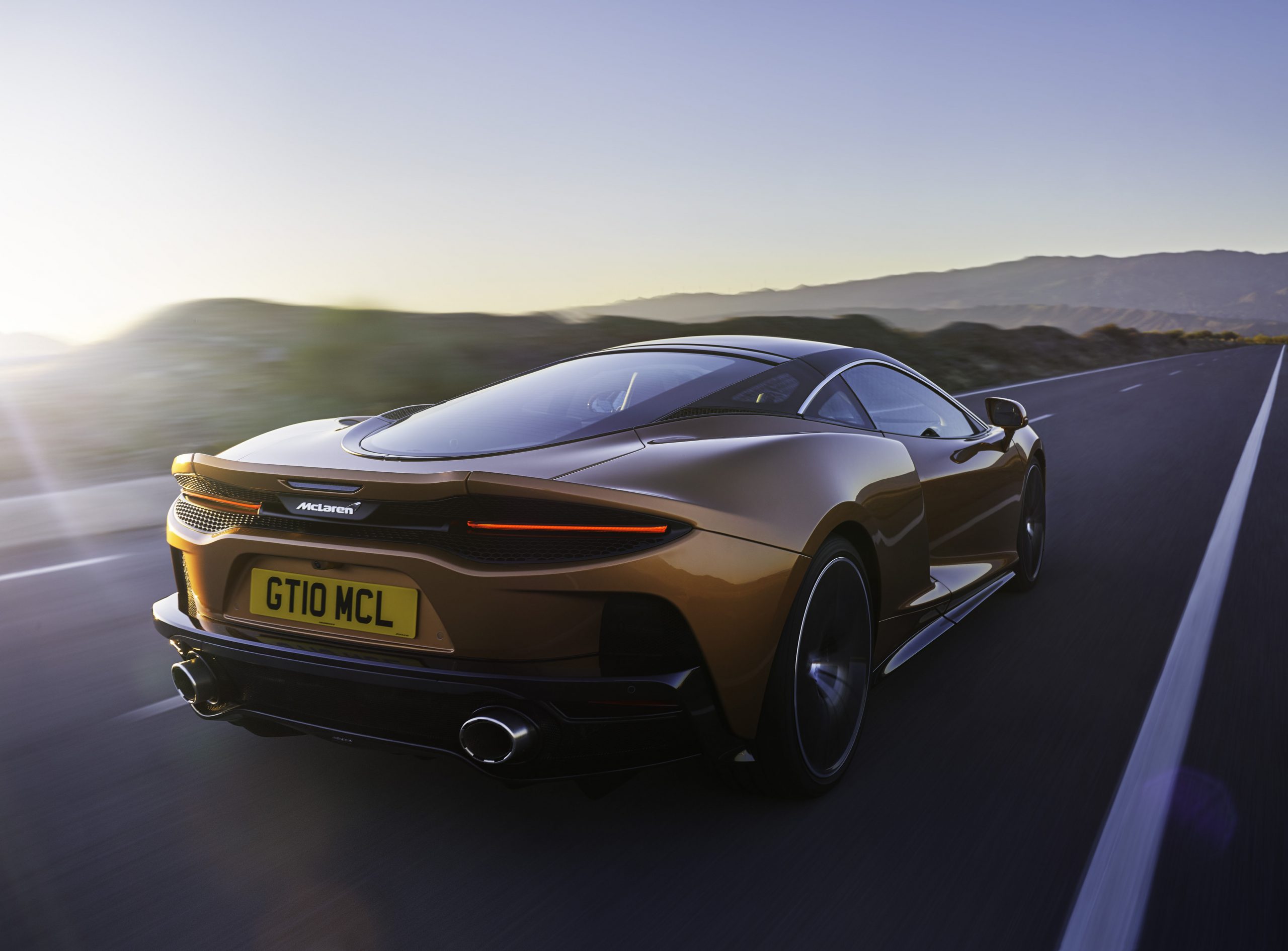 To answer the burning question – yes, the golf clubs do fit out back. Which they should, really, because by definition a GT, a traditional Grand Tourer, is about grafting accessibility and ease to luxury and a very real sense of speed. We were fortunate enough to taste the latter at this year’s recent Goodwood Festival of Speed – an exemplary showcase of how a petrol-soaked few days should be spent and a very real example of why traditional motor shows are struggling. McLaren used Goodwood as it should – leveraging the excitement and passion of what’s an engaged ‘home’ crowd to crow about the sleek newcomer it digitally debuted back in March. 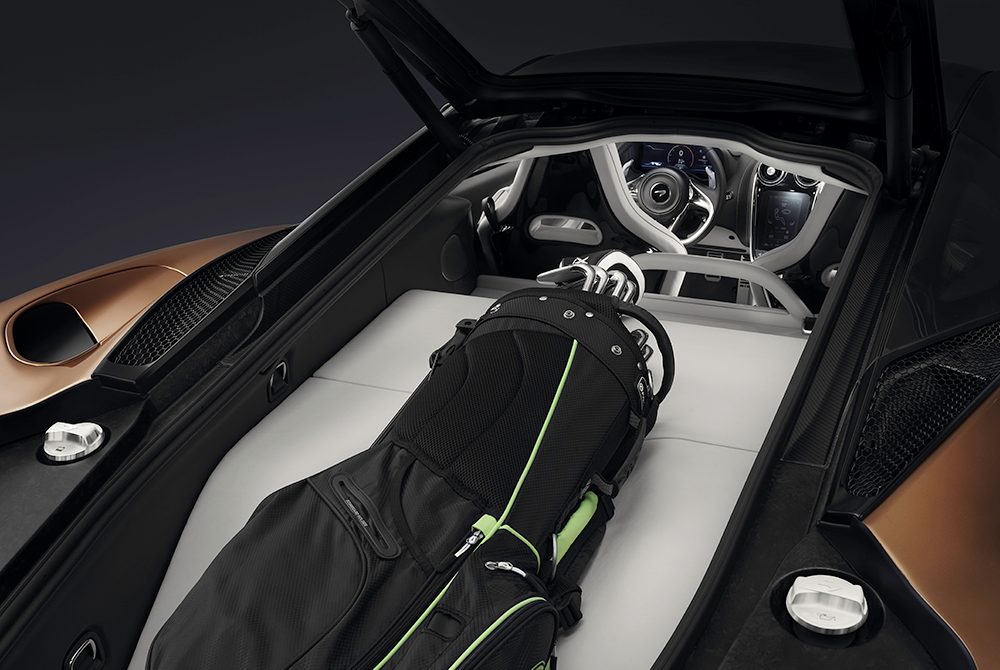 The GT moves – know that. It’s what we felt in being lucky enough to run the thing up the famed ‘Hill Climb’, against a fleet of supercars that’d manage to outdo the combined garages of a Russian oligarch and Middle Eastern oil baron (yes, Goodwood is that special).

The crowd came to blur as we pushed onward and upward from the second corner of the famed run, past hay bails on a one-minute sprint we really didn’t want to end. That we didn’t dent the claimed top speed of 326km/h is irrelevant – for we came to immediately appreciate the obvious fact this GT, for all its luxury finishes and space, can shift. And then some.

It shouldn’t have been that surprising, really, for this is McLaren. Further, the GT ethos comes with the same donk as that buried within the ludicrous 720s. For the numbers nerds – that means a 4.0-litre twin-turbo V8 that’ll belt you into the back of the seat on a claimed 0-100km/h time of 3.2 seconds. Sure, the GT’s overall output of horsepower is down 99bhp on the 720s’s 710bhp, though there’s also the 630Nm of torque available from just 3000rpm. Giddy up.

The timing of the new, standalone GT – it sits outside McLaren’s core ‘Sport’ and ‘Super’ categories – is interesting, landing three years after the British marque dipped a GT shaped toe in the water (with the 570GT), and at a time when most supercar makers are looking to plug the lucrative SUV scene with models that make no real sense (hello, Lamborghini Urus). “There’s literally no plan to do an SUV, and, in saying that, we’re looking well into the future,” McLaren’s design director Rob Melville assured us. Phew.

Goodwood enabled Melville – a likeable and passionate Yorkshireman – to take stock and appreciate the work that’s gone into the GT. “It’s not something I do very often, I’m always focused on what’s next, on the future, on what we’re about in four, five, ten, 20 years from now. But yes, I’m very happy [with the GT] and this is a chance to sit still for a minute and celebrate; it’s been years of hard work to get to this point and it does make me realise just how far we’ve come and just how much passion and energy has gone into it.” The brief was pretty simple – to offer something new, to engage a different customer, while also returning to a historical GT ethos. 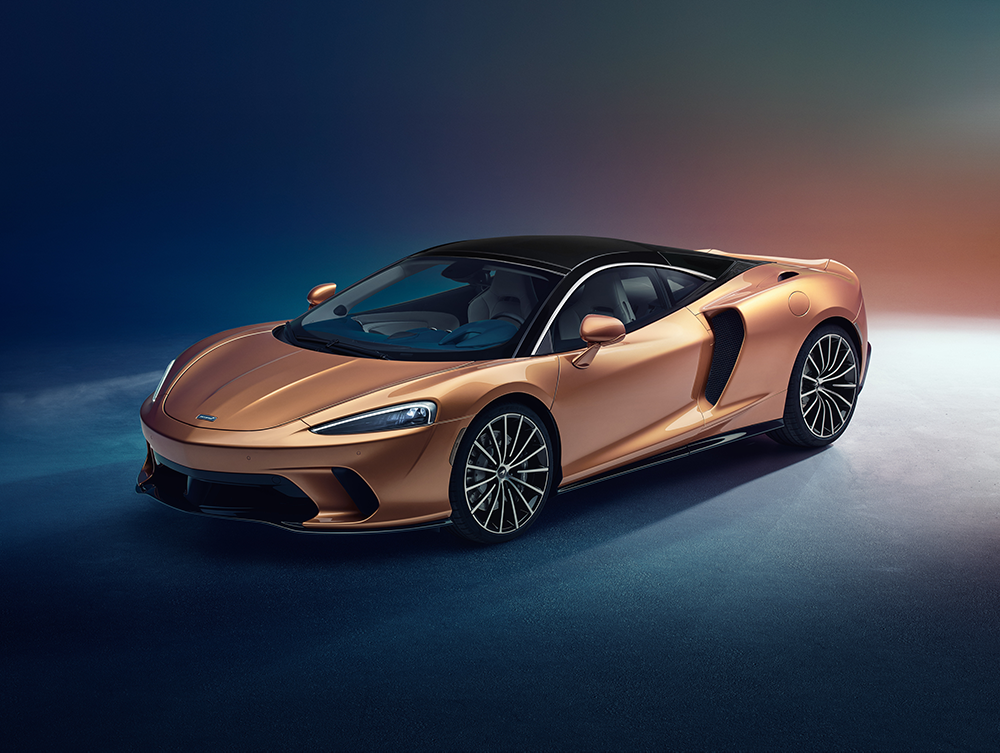 “For us it was about designing something for the journey. What does that mean? Well, that means an ability to drive at speed across continents in superior luxury with luggage for all occupants. “And we wangled to get the original recipe right, of having two occupants, a beautiful lightweight body with lots of power, luxury materials and a highly developed and sophisticated cabin environment.” The GT runs a little larger than most of what whips out of Woking – sitting a little higher with a stretched silhouette that immediately appeals. “I guess I wanted something that looks like it’s going bloody fast even when it’s standing still.” 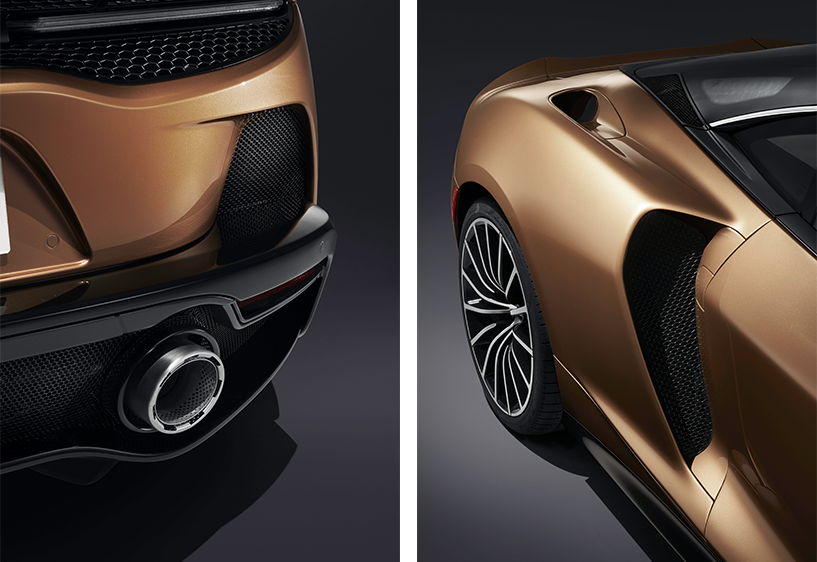 The allure is a match for what’s inside – a cabin thankfully devoid of any wooden flourishes and which redefines McLaren’s sportier, track-focused outputs via incredibly supple Nappa leather as standard (or optional cashmere). Hidden lighting elements are fun, while the new infotainment system and 12.3-inch touchscreen are welcome updates on the general clunkiness of what’s gone before (and further the car’s cross-country focus, with real-time traffic updates and generally smarter navigation tools). There’s also a glass roof that, at the touch of a button, can go from transparent to opaque, allowing light in or blocking it out as desired. 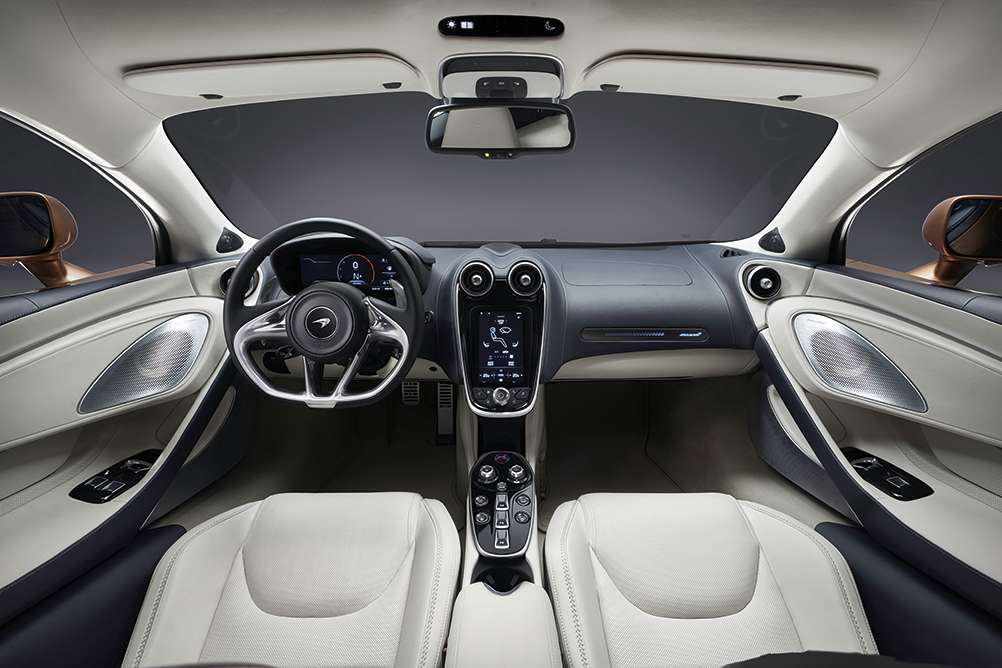 The offered 570-litres of luggage space is something to acknowledge here too – especially the option to use a NASA-developed Super Fabric that prevents scuffing from the likes of those aforementioned golf clubs (or the skis and snowboards and bags we’re assured can fit). As final thoughts go, it would be remiss to not engage the opinion of Amanda McLaren, daughter of Bruce and with whom we shared a tea (OK, champagne) at Goodwood.

What does she make of the bold new GT adventure and what, perhaps, would her legendary father – who sadly lost his life at the nearby Goodwood Circuit – make of this lavish newcomer?“I think it’s a beautiful car and I know he would have loved it too,” she says. “I look at it and I can actually see the M6GT. And so I know he’d be very proud because that’s what he wanted, that was his dream, to make something special and something anyone can drive every day.” McLaren GT is available now to order, from $399,995; mclaren.com

This excerpt comes from our 2019 Spring Edition – Best of the Best, to get your copy click here.