Formula 1 Is Trying To Save the Internal Combustion Engine

The racing competition says the fuel will eventually be available for mainstream use.

Formula 1 wants to keep electric powertrains away from the race track for as long as possible.

The world’s premier motorsport announced on Wednesday that it’s developing its own 100 per cent sustainable fuel. The competition hopes that the new fuel will help save the internal combustion engine by making the F1 cars run with net-zero carbon emissions.

F1 had already planned to switch to cleaner-burning E10 fuel next season but hopes to be doing even better by 2025. That’s when new regulations will kick in and its race cars will be fitted with a new generation of engines that will run on sustainable fuel, according to a press release. The competition is currently in talks with companies about supplying fuel for the racing series, with an eye towards scaling up production for mainstream public use. Even though EVs are becoming more popular by the day, F1 believes that less than 10 per cent of cars on the will be fully electric by 2030. 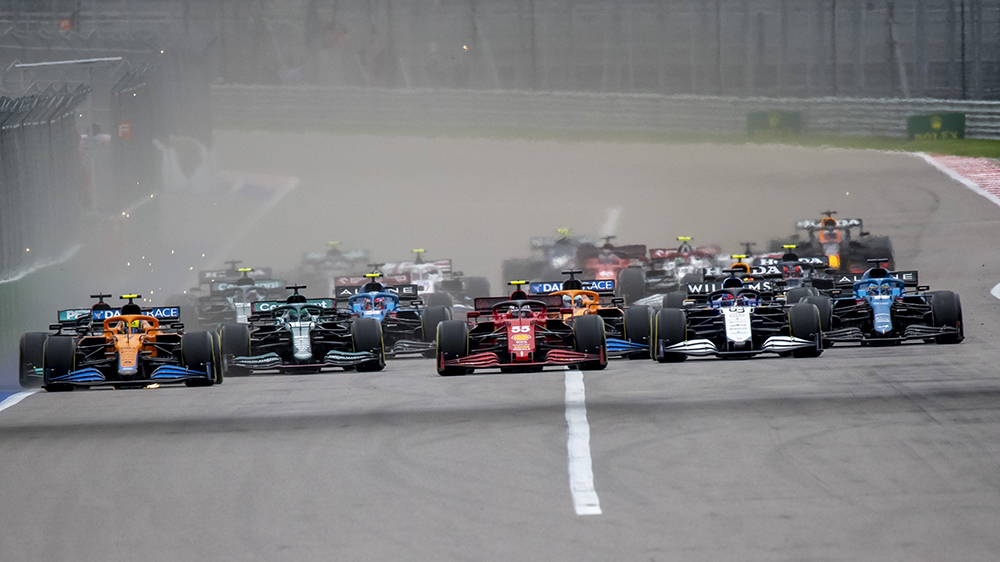 The fuel is still in development, and it’s possible that it will derive from municipal waste or non-food biomas, like algae. F1 hopes to match the energy density of traditional petrol, while cutting greenhouse gas emissions by at least 65 percent. The new fuel, which any internal combustion engine will be able to use, will still emit carbon dioxide, but there will be zero net carbon dioxide produced.

“It’s a totally circular thing,” F1 CTO Pat Symonds said in a statement. “We’re not producing any CO2 that is not already in the atmosphere at the moment; we’re taking it out of the atmosphere, we’re using it, and we’re putting it back in the atmosphere.”

The shift to purely synthetic fuel could lead to Porsche becoming an engine supplier for F1, according to Car and Driver. Earlier this year, the German marque announced that it was working on a synthetic fuel of its own, called eFuel. Meanwhile, the company’s Motorsport VP, Fritz Enzinger, told BBC Sport that the company was interested in joining F1 if the competition would commit to more sustainable practices. One of the moves he cited: a switch to cleaner-burning fuels.