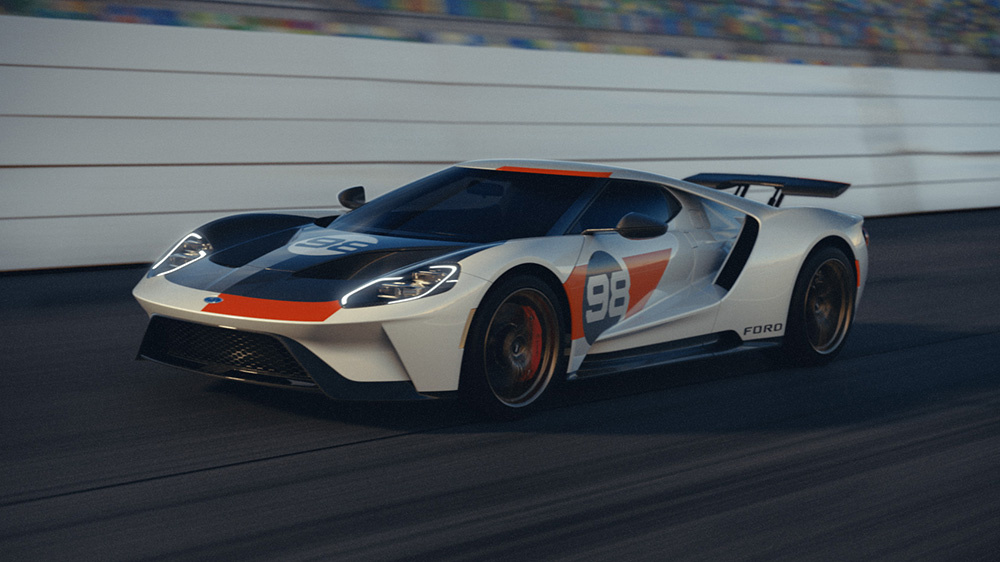 The latest model honours one of the marque’s biggest Daytona wins.

Since it was reintroduced in 2017, the Ford GT has stood as something of a spiritual tribute to the automaker’s 1960s racing success. But a new exclusive variant seeks to make its connection to the GT40 Mark II even clearer. That’s because the special speedster will feature a livery inspired by the company’s victory at the Daytona 24 Hour Continental in 1966.

Over the weekend, Ford announced the 2021 GT Heritage Edition variant will be available as an option starting with the 2021 model year. While the automaker’s victory at Daytona in 1966 isn’t its most famous—that would come months later at Le Mans—it was its first in a major endurance race.

So why celebrate the GT40 Mark II’s victory at Daytona 55 years later? Because it would mark the start of one of the greatest seasons in racing history. As portrayed in last year’s Ford v. Ferrari, that campaign would see the Detroit automaker finally beat its Italian rivals, claiming 1-2-3 victories Daytona, Sebring and Le Mans. The success wouldn’t be short-lived, either, as Ford would win Le Mans each of the next three years as well.

The GT Heritage Edition has all the same hardware as the standard 660 hp GT. It is finished in a Frozen White paint job directly inspired by the one worn by the victorious GT40 Mark II driven by Ken Miles and Lloyd Ruby in 1966, according to a press release. The sporty livery—the first to offer a Heritage Edition color scheme not derived from a Le Mans race—features an exposed carbon-fibre hood with asymmetrical Race Red accents on the front fascia, roof edge, driver-side door and underneath the rear wing, along with a gumball with the number 98 on the sides.

Meanwhile, the interior of the car in almost entirely in black Alcantara suede except for red Alcantara suede performance seats and anodized red paddle shifters. Other details include 20-inch Heritage Gold Wheels and special red-lacquered Brembo monoblack brake callipers. The Heritage Upgrade package is almost completely the same, except that it includes exposed carbon-fibre wheels, black brake callipers and 98 graphics on the inside.

The GT Heritage Edition wasn’t the only variant Ford unveiled this weekend. The automaker also announced that it will also be releasing the limited-edition GT Studio Collection. The exclusive sports car, which will be limited to a run of just 40 vehicles, will be available in one of seven different customised colour combinations.

Delivery of the 2021 Ford GT will begin next early next year, according to the automaker. Pricing info has yet to be announced, but considering that the standard version starts around $693,000, you can expect both to exceed that number. Ford has previously announced that the 2022 model year will be the GT’s last.