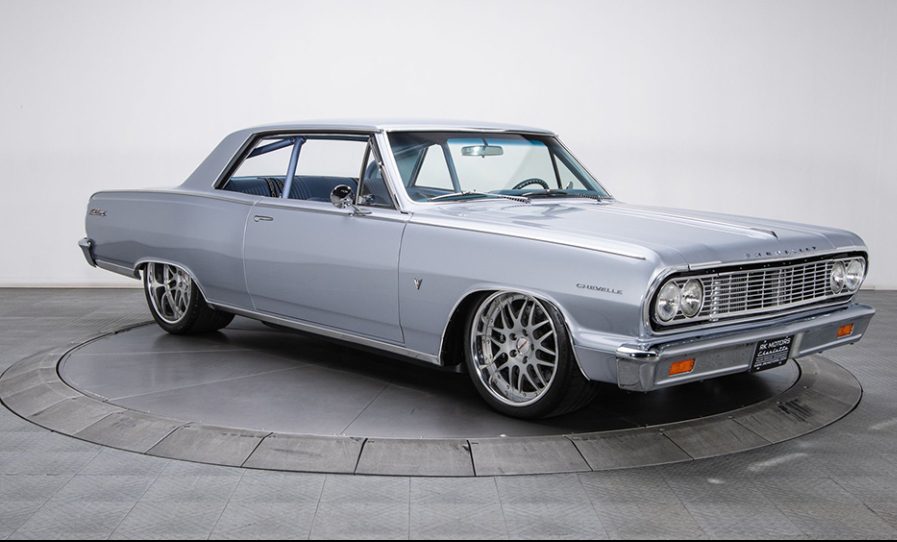 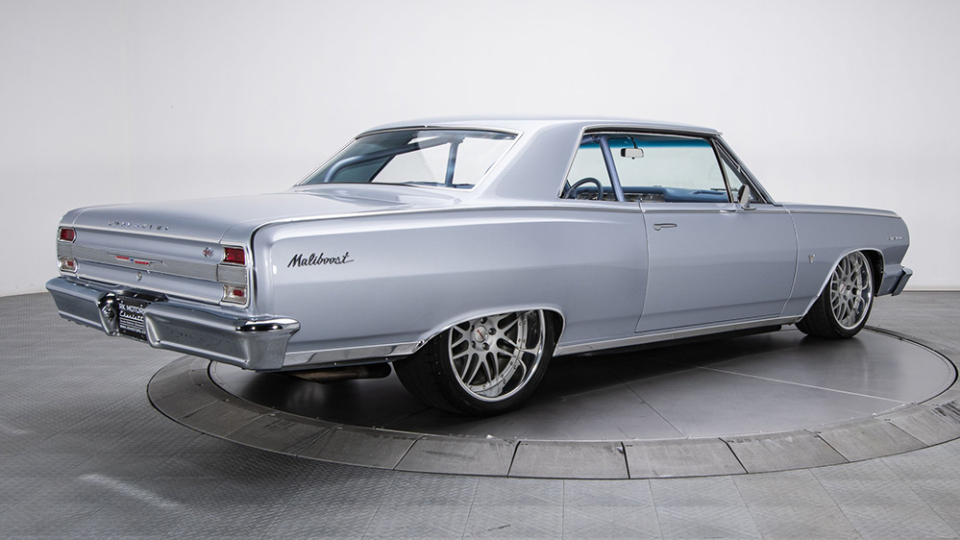 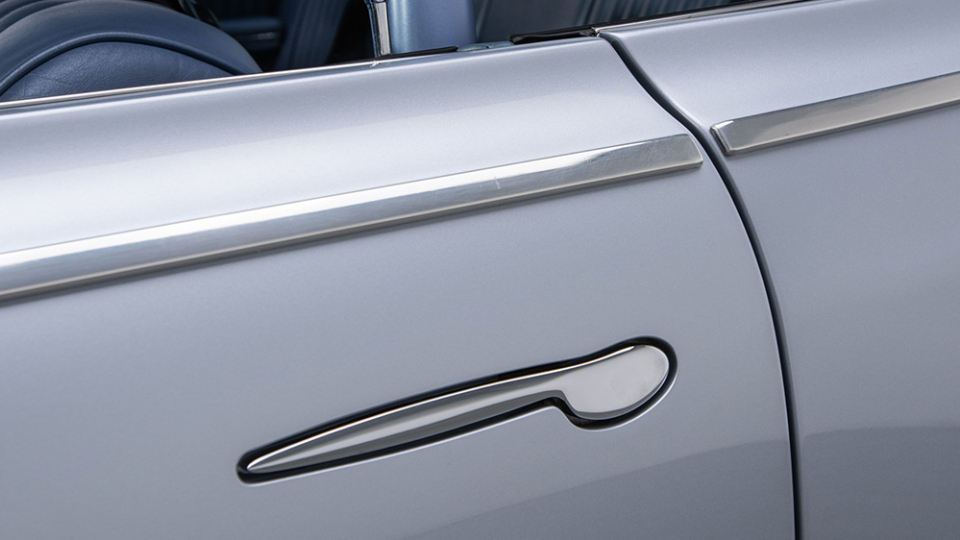 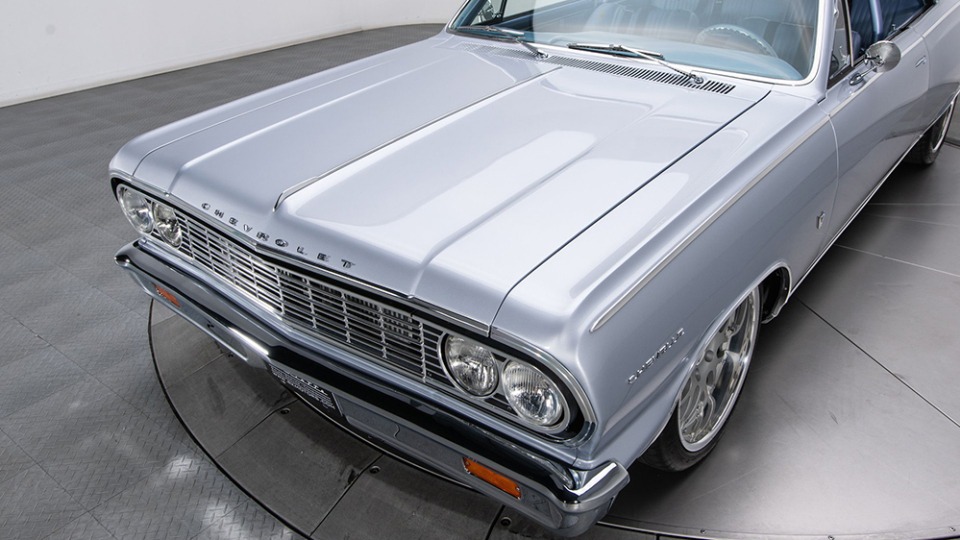 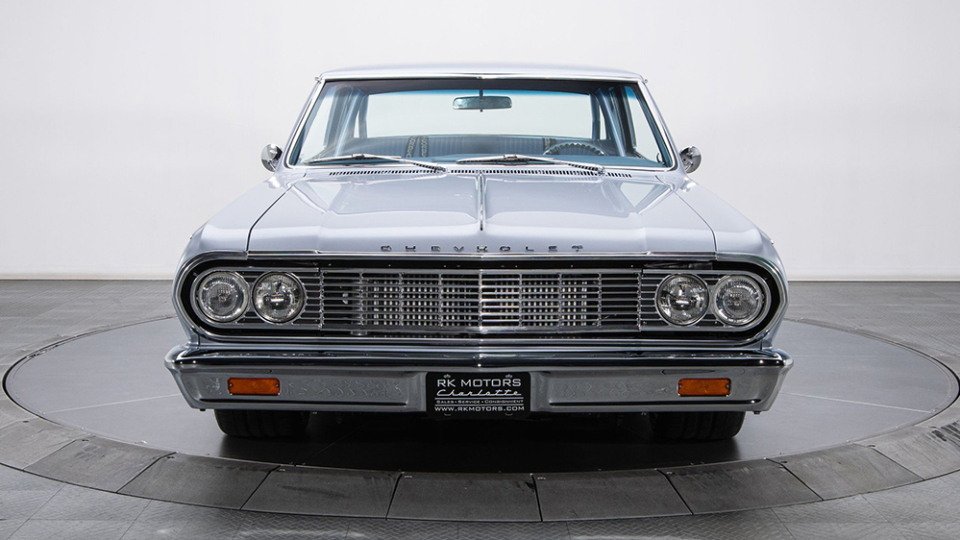 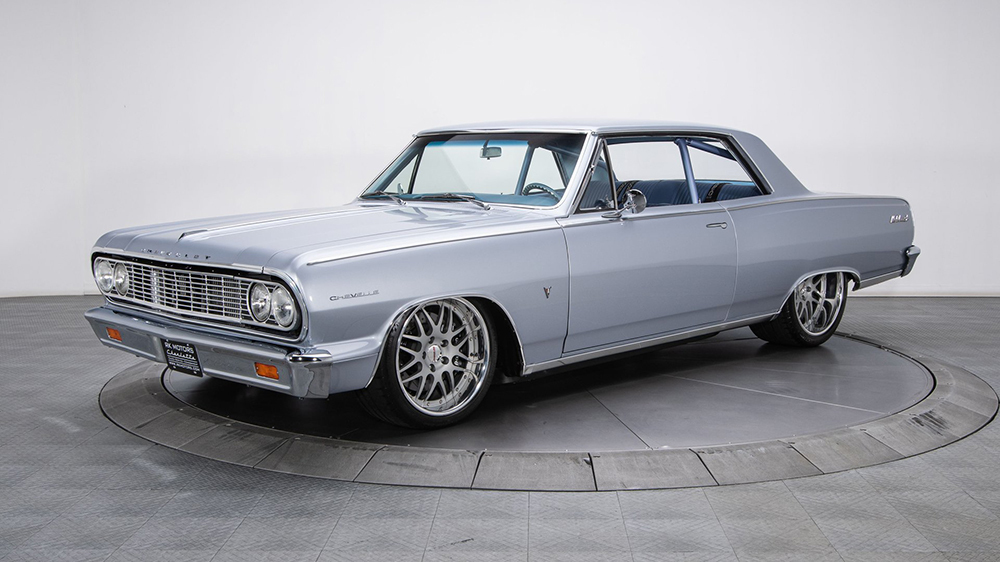 It’s not unusual to see a classic car upgraded during the restoration process, but a 1964 Chevrolet Chevelle Malibu SS restomod that just went on sale is in a new class entirely.

The gorgeous cruiser being sold by RK Motors in Charlotte, North Carolina may have started life out as a muscle car, but now has more in common with a Lamborghini Huracán than an old-school Ford Mustang. That’s because under its hood lurks a new engine almost four times as powerful as the original.

The silver Malibu SS’s absurd power can be attributed to not one but two restorations. The first, which was overseen Roadster Shop, turned the car into a true beauty, while the second, handled by Kindig It Design, turned it into a beast. The latter saw the car outfitted with a twin-turbo 6.2-litre LS3 V-8 that’s been upgraded with custom valve covers and fully coated headers, as well as a cold air intake. 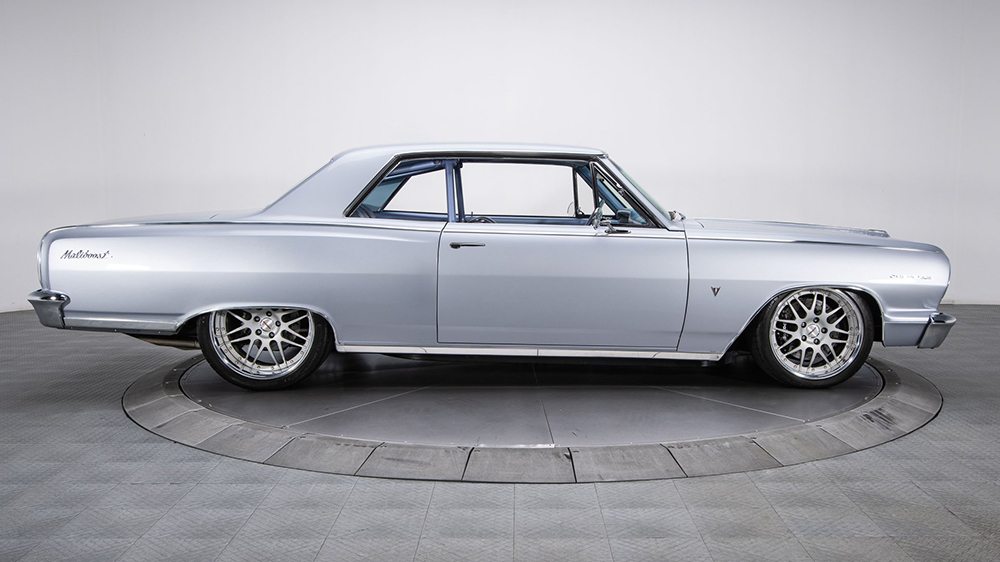 Mated to a Finish Line four-speed automatic transmission that sends power to the rear axle—as should be the case with any true muscle car—the brawny mill can generate a jaw-dropping 850kW. For comparison’s sake, the Chevelle Malibu SS was originally fitted with a 5.4-litre V-8 that produced 223kW. No performance numbers were given, but it’s no huge leap to conclude that the restomod is significantly faster than the original.

Other mechanical modifications include a Roadster Shop Fast Track chassis with adjustable Penske racing shocks, rack and pinion steering and a custom exhaust system. To help all the speed and muscle come are four-wheel disc brakes with 14-inch rotors and Wilwood six-piston callipers. You can never be to safe in a car this powerful, after all. 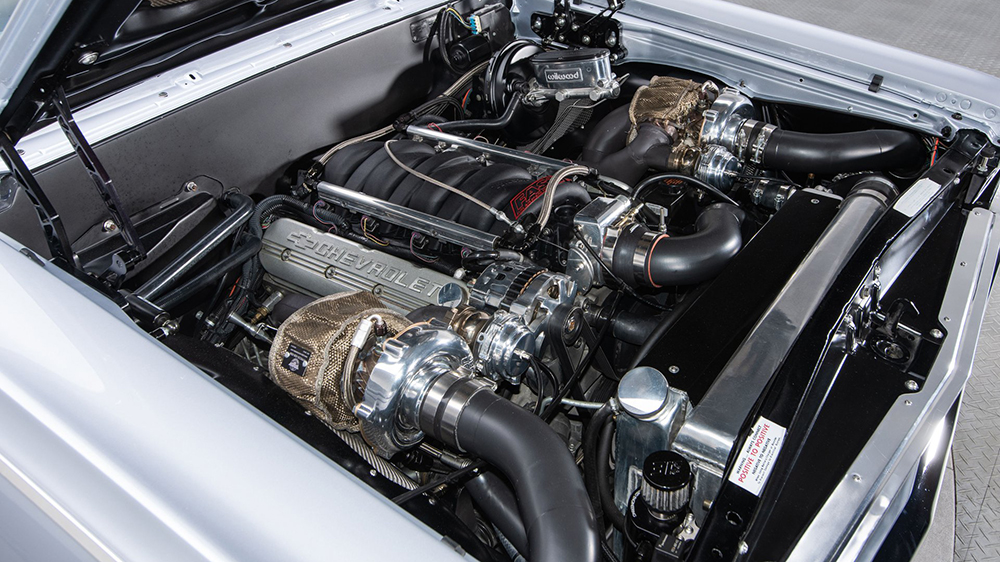 Under the hood of the Malibu SS RK Motors

The car’s looks are no less impressive. The original restoration saw the classic model finished in a brilliant silver pigment and outfitted with a custom blue leather interior and a roll cage. The coupé, which rides on 18-inch and 20-inch Forgeline rims, really is something to look at and has been featured on the Motortrend TV show Bitchin’ Rides. 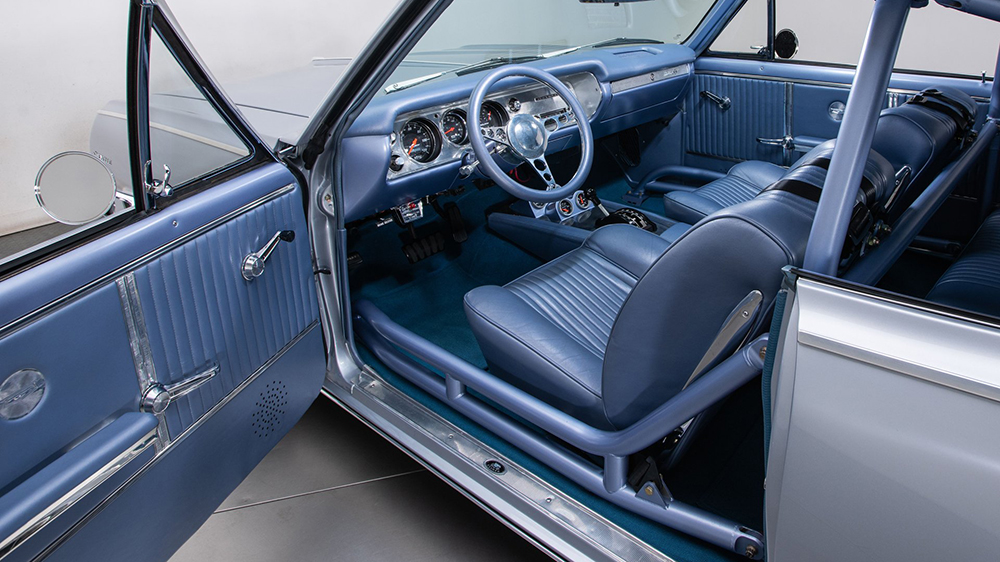 Inside the Malibu SS RK Motors

As you may have guessed, the silver Malibu SS won’t come cheap. RK Motors currently has it listed at approx. $270,500. But considering how it looks on the outside, and the power that resides under the hood, we’re sure there’s at least one muscle car lover out will snap it up quick.