The car competed in the 1959 24 Hours of Le Mans wearing its gorgeous “Lucybelle III” livery.

Few automakers have a track legacy like Porsche, and now a gorgeous example of one of the marque’s most famous racers is heading to auction.

Gooding & Company will sell a 1959 Porsche 718 RSK that actually raced in the 24 Hours of Le Mans at the tail end of the 1950s next month. Thanks to its “Lucybelle III” livery, it’s also one of the most beautiful Porsche Spyders you’ll ever see.

The 718 RSK took the racing world by storm upon its introduction in 1958, immediately winning its class at the 12 Hours of Sebring and 24 Hours of Le Mans. What would really cement its legacy, though, was a 1-2-3 finish at the Targa Florio in Sicily the next year. 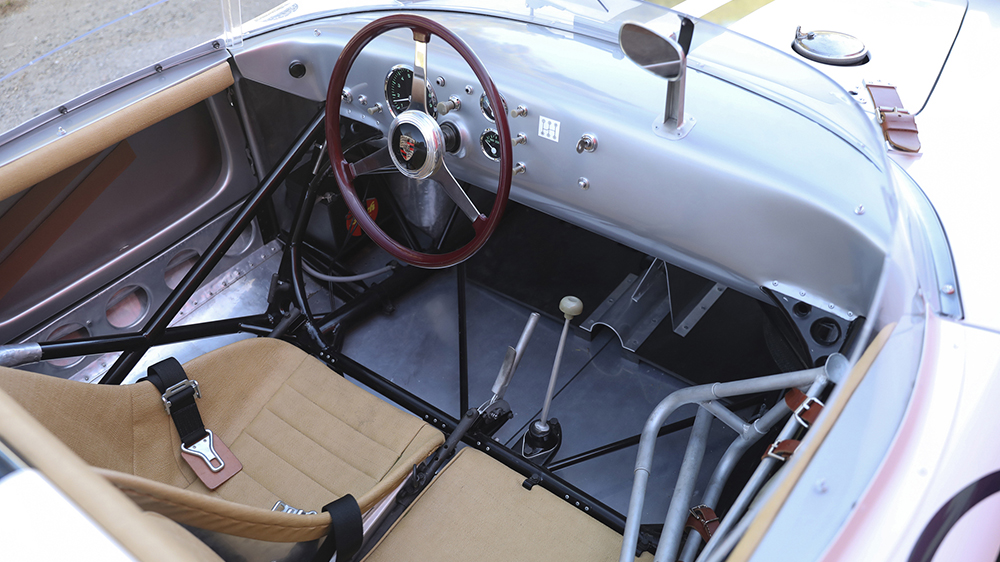 This particular example, Chassis 718-024, was first bought by American race car drive and Le Mans winner Ed Hugus in 1959. He would paint it in the traditional American racing colours of white and blue, name it Lucybelle III after his business partner’s wife and enter it in Le Mans that same year, according to the auction house. The car would later be owned by amateur racer Don Ives, who used it to compete in SCCA and USAC events during the early 1960s, as well as the Pikes Peak Hillclimb. In the years since it has passed through the hands of noted collectors like Don Orosco and Dr. Greg Johnson.

It’s more than 63 years old at this point, but the RSK looks brand new thanks to an award-winning restoration by Mark Allin and the team at Rare Drive, Inc. It looks exactly as it did when it raced at Le Mans in ’59, done up in white with blue strips and numbering. To get the look just right, Allin painted the car silver first, the colour it wore when it was delivered to Hugus, before painting in the same white used by its original owner. It also has the its name written across its front fender and a red heart painted on its tail.

As you may have guessed by now, it’s going to cost you a fair bit to add Lucybelle III to your garage. The car, hit the block as part of Gooding & Company’s Pebble Beach auction slate on August 19 and 20, is expected to sell for between $6.66 million and $8 million. A combination of looks and legacy like this doesn’t come cheap.