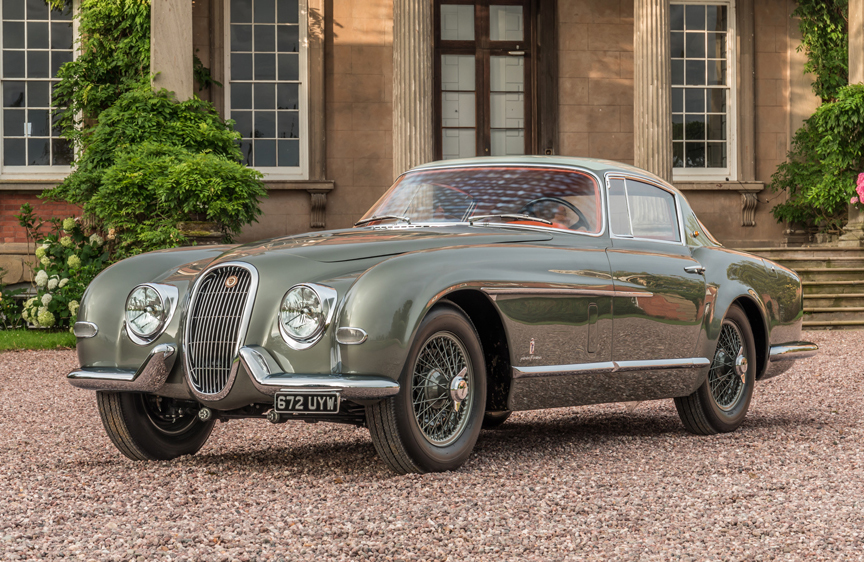 What was once an abandoned shell found in a North American field, could fetch over $1.4m at auction.

When Jaguar’s XK120 hit the scene in 1948, the open two-seat roadster caused a sensation. It was soon followed by a fixed-head coupe (FHC) in 1951, and, in 1953, a drophead coupe (DHC) that offered a more substantial folding top. All three models were stunning, curvaceous designs as modern as their engine, the reliability of which equalled its high performance. The United States was just discovering the allure of European sports cars, with the first MGs brought over right after the war by servicemen returning home. The nimble British sports cars whetted the appetites of hot-rodders, and were just the beginning of the import craze.

Compared to the Jaguar XK120, the MG’s seemed anemic with their spindly wire wheels, fenders and inline-4-cylinder engine. In contrast, the XK120 features an aerodynamic body and a 3.4-litre, twin-cam inline-6 power plant with a hefty output of 160 hp. The Special Equipment (SE) package boosted power to 180 hp. According to the factory, the XK120 was good for 193km/h. By the time production ended in 1954, more than 12,000 had been made, making way for the XK140 and, in 1958, the XK150, whose successor became the exquisite E-Type in 1961. 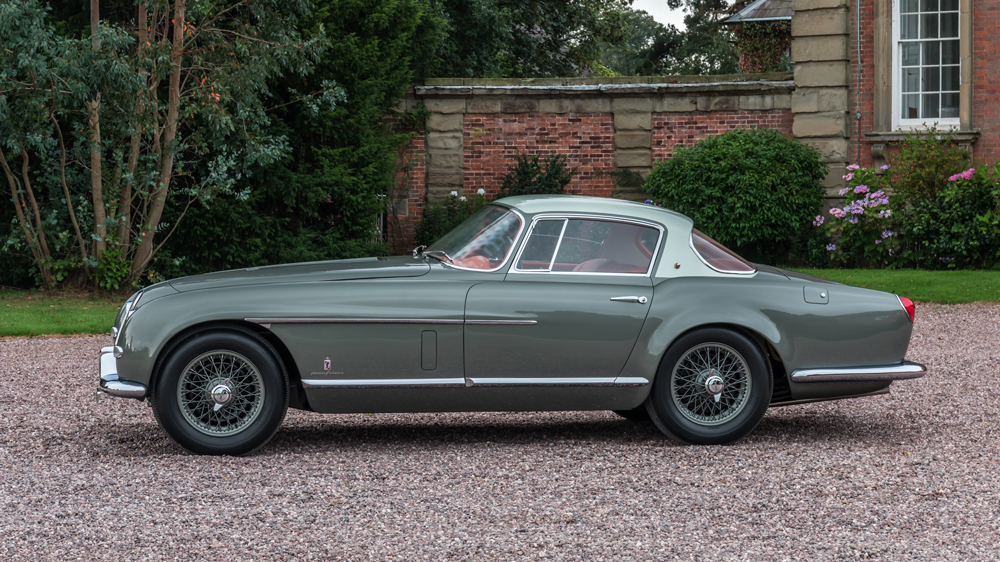 This one-off 1954 Jaguar XK120 SE, with a body by Pinin Farina, will feature at the Bonhams Amelia Island Auction on March 3. Photo by Justin Leighton, courtesy of Bonhams.

A number of Italian coachbuilders had bodied Jaguar XKs throughout the 1950s, though re-envisioning the original shape, which was penned in just two weeks by Jaguar Cars co-founder Sir William Lyons, was a challenge not to be undertaken lightly. Notable was Ghia’s Jaguar XK120 Supersonic, of which three examples were built, embodying the same Space Age flair as the Supersonic series built on Fiat 8V chassis. Arguably the rarest, however, and certainly most elegant of the true one-offs was the 1954 Jaguar XK120 SE coupe by Pinin Farina.

The vehicle’s history begins with an Austrian named Max Hoffman, to whom Carrozzeria Pinin Farina (the company’s name changed to Pininfarina in 1961) dispatched the car new in May of 1954. Hoffman was an importer who probably had more to do with bringing European sports and luxury marques to America than anyone else. Hoffman conceived of Porsche’s Speedster in an effort to make the “expensive Volkswagen” more affordable and competitive. He also championed the BMW 507, and the Mercedes-Benz 300 SL “Gullwing” was his doing, too. As the Jaguar distributor for the East Coast, he commissioned Frank Lloyd Wright to design a showroom on Park Avenue, though by the time it was completed in 1954, Hoffman had moved Mercedes in and Jaguar out. 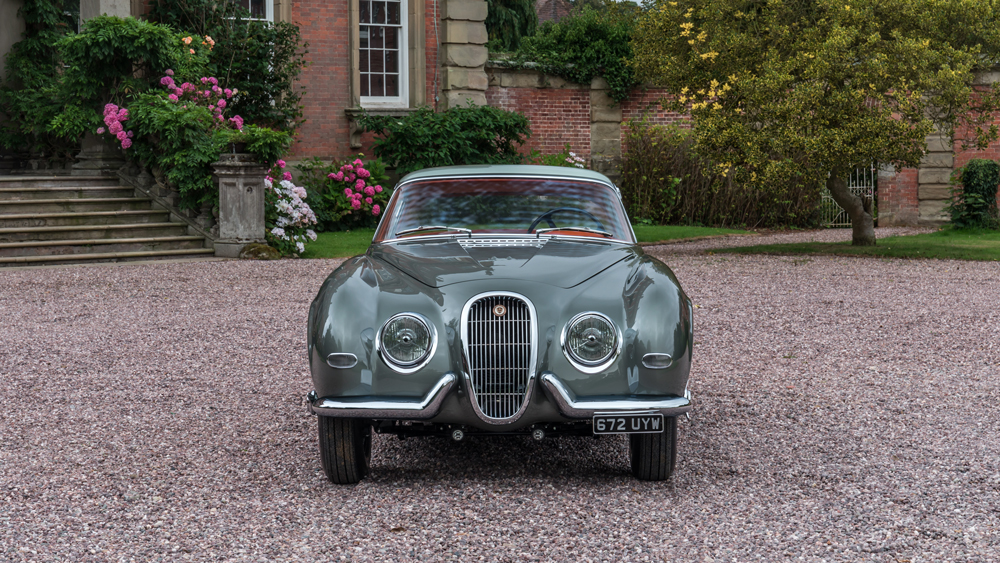 The vehicle underwent a 6,725-hour restoration. Photo by Justin Leighton, courtesy of Bonhams.

The one-and-only Pinin Farina Jaguar XK120 SE was unveiled at the 1955 Geneva Motor Show. Although scheduled for exhibit at the 1956 Turin Motor Show, it failed to materialize, having been delivered to its new owner. While it is not known to whom Hoffman sold the car, the trail picks up again in 1958 with an owner from Connecticut, by which time it was painted red with a cream hard top. In 1972, the Italian one-off was acquired by a collector in North Carolina, who discovered the car in a field in Connecticut.

In 2015, UK-based Jaguar restoration specialist Classic Motor Cars (CMC) bought the car from a German collector, who, in 1978, had acquired it stateside with the intention of restoring it. As with so many well-intentioned projects, the work was never begun. The CMC mission was to complete a 100-point, nut-and-bolt restoration to the car’s original Pinin Farina specification, enhanced by the fact that the automobile retained its original engine and transmission. 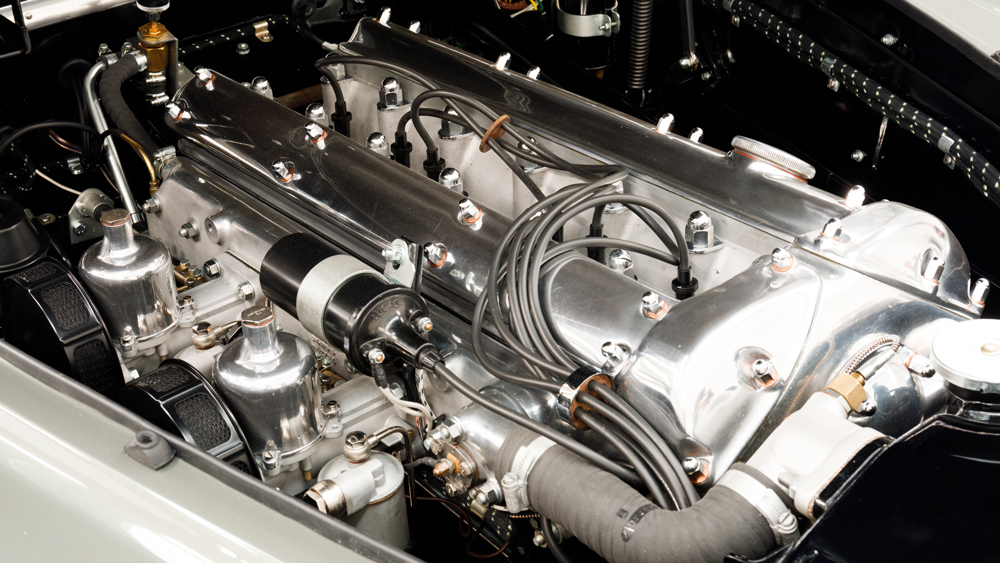 The project, however, was complicated by the need to fabricate elaborate components, like bumpers, from historic photos. According to David Barzilay, CMC’s marketing director, “We had to scan the front and rear end of the car and make mockups of the lights, which were then scanned and 3-D printed. Smaller missing parts were also 3-D printed in-house. The rear window was missing, so we also had to scan the window aperture and have a new rear screen made from the scan data.”

The original colour for paint and upholstery were unknown, but small samples were discovered in the car’s nooks and crannies. After 6,725 hours of combined effort, the restoration was completed in time to show the reborn Jag at the Pebble Beach Concours d’Elegance in 2017. 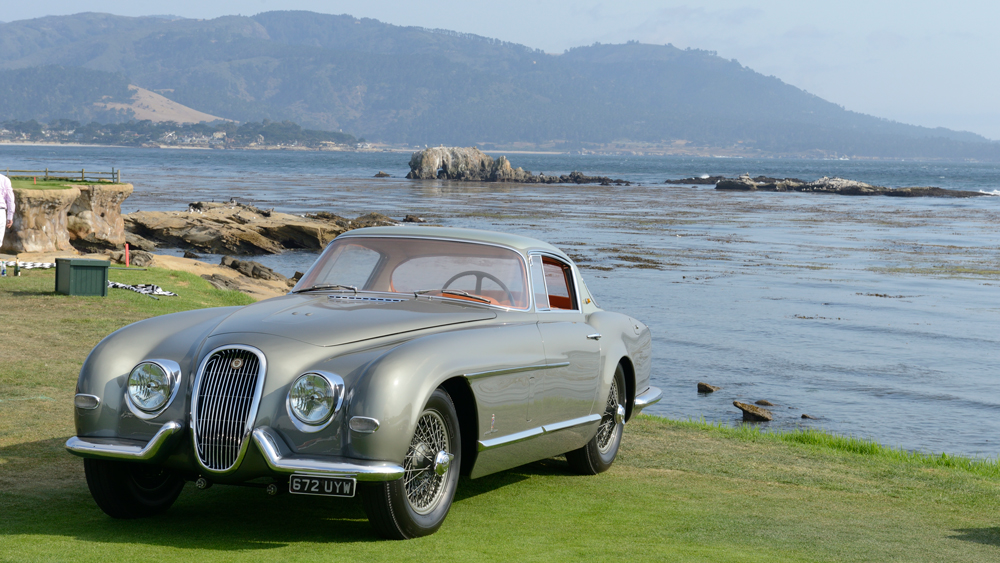 The unique example on the show lawn of the 2017 Pebble Beach Concours d’Elegance. Photo: Courtesy of Bonhams.

This Jaguar is one of a number of exceptional vehicles that will be offered by Bonhams at its Amelia Island Auction on March 3. Also among the lots crossing the block are a 1955 Porsche 550 Spyder, with body by Wendler, and a 1914 Rolls-Royce Silver Ghost with Barker & Co. coachwork. But what’s this unique Pinin Farina–bodied Jag worth? While the official estimate is “Refer to Department,” it’s a fair bet that the car will fetch north of $1.4 million.