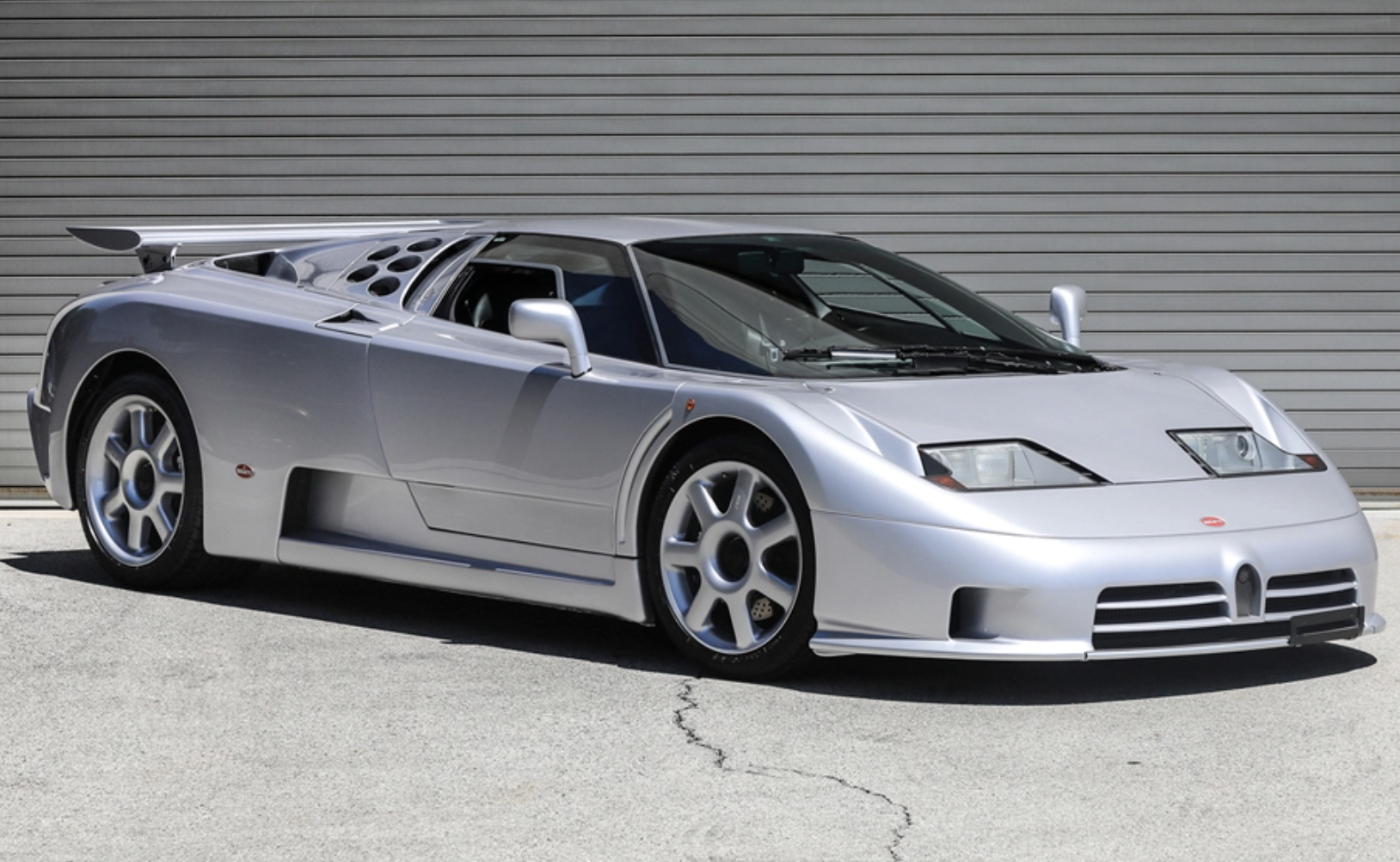 Indisputably one of the most esteemed automotive names in history, Bugatti became a bit of an orphan after its founder passed. Ettore Bugatti started his company in 1909, and his son Jean, architect of the marque’s most important models, died in 1939—at the age of 30—while testing the Type 57 “Tank.”

Ettore passed away in 1947 at the age of 66, and by 1959, with about 8000 cars having been made in the 50 years since Bugatti began, his eponymous company became defunct, ignominiously sold to Hispano-Suiza. Nothing substantial was made after Ettore’s death, until Romano Artioli resurrected the brand in 1987. His Bugatti EB110 is a fascinating chapter in the automaker’s history, sandwiched between the founding father’s company and the marque we know today that was brought back to life yet again, this time by the Volkswagen Group. And the latter’s Molsheim-made Veyrons, Chirons and Whatever-rons rule the hypercar roost in our modern times. 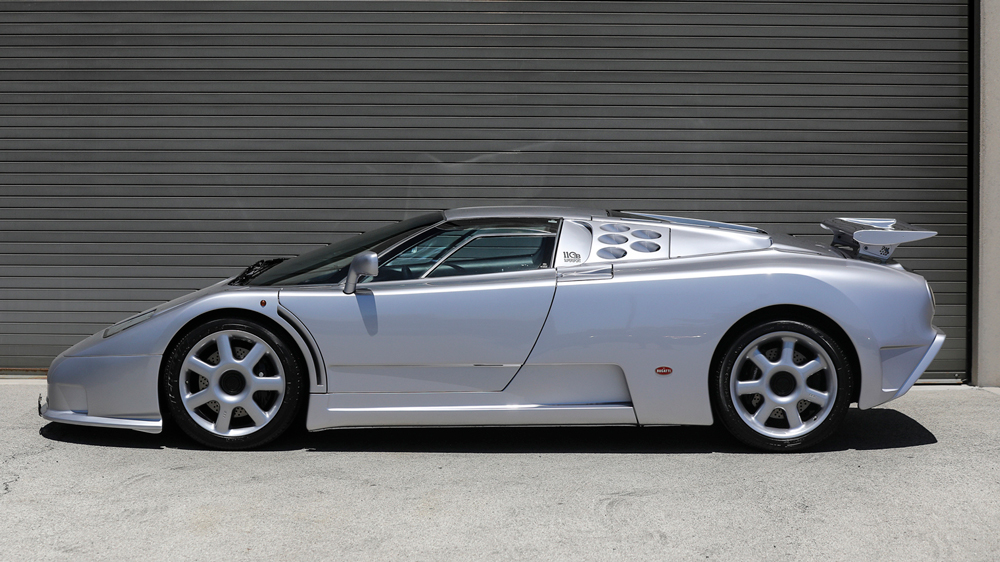 The 1990’s-era Bugatti S.p.A. was the brainchild of Italian entrepreneur Artioli, who launched the EB110 in 1991—its moniker in reference to the 110th anniversary of Ettore Bugatti’s birth. The model reflected some exciting developments in the supercar world at the time. Carbon fibre was the hero of the day, and the EB110’s carbon-fibre tub was woven by Aérospatiale, builder of the Concorde supersonic airliner. The shape, perhaps the car’s most remarkable and timeless attribute, is owed to designer Marcello Gandini, who also penned the Lamborghini Miura, Countach, Diablo and so many other automotive masterpieces that his work should be enshrined in the Uffizi. 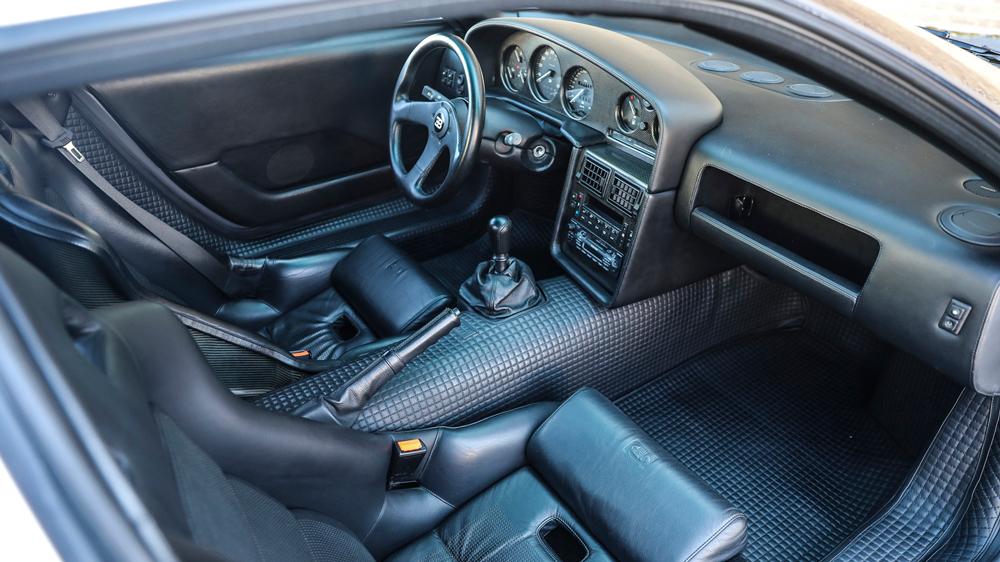 With only 990km 615.7 miles on it, the car features a 1990s-era black-leather interior that remains immaculate. Mathieu Heurtault, courtesy of Gooding & Company.

Altogether, only 136 examples of the EB110 were produced. The EB110 GT accounted for 106, while the EB110 Super Sport, designed for all-out performance, saw only 30 examples. This most rare and desirable version was previewed in 1992 at the Geneva Motor Show. Its 3.5-litre V-12 engine, developed by former Lamborghini engineer Paolo Stanzani, makes 443kW— 39kW more than the GT—with 60 dancing valves and four turbochargers feeding 12 individual throttle bodies. 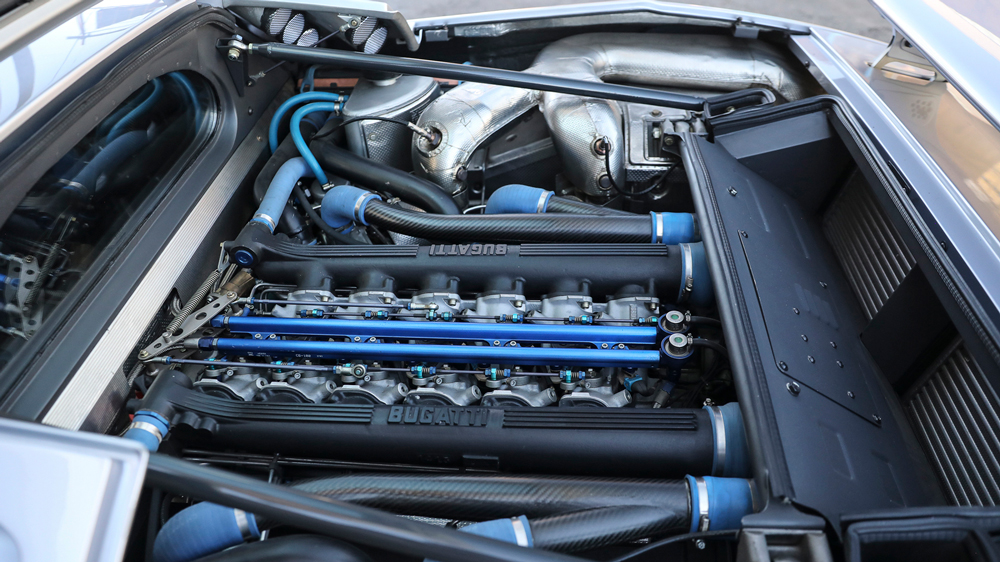 A six-speed manual transmission puts power to all-wheel drive, an advanced platform for its day. Astonishing was the EB110 Super Sport’s performance at the time. Accelerating from zero-to-97km/h in just 3.26 seconds, the vehicle has a top speed of 354km/h. In period,  it nearly stood alone, as no Ferrari, Lamborghini or Porsche could touch it, though the McLaren F1 remains the performance star then (and now). The Bugatti EB110 Super Sport even played a supporting role at the 1994 24 Hours of Le Mans, the first Bugatti to flare its horseshoe grille in anger in 55 years. Competing in the GT1 category, it was the fastest in its class during qualifying. 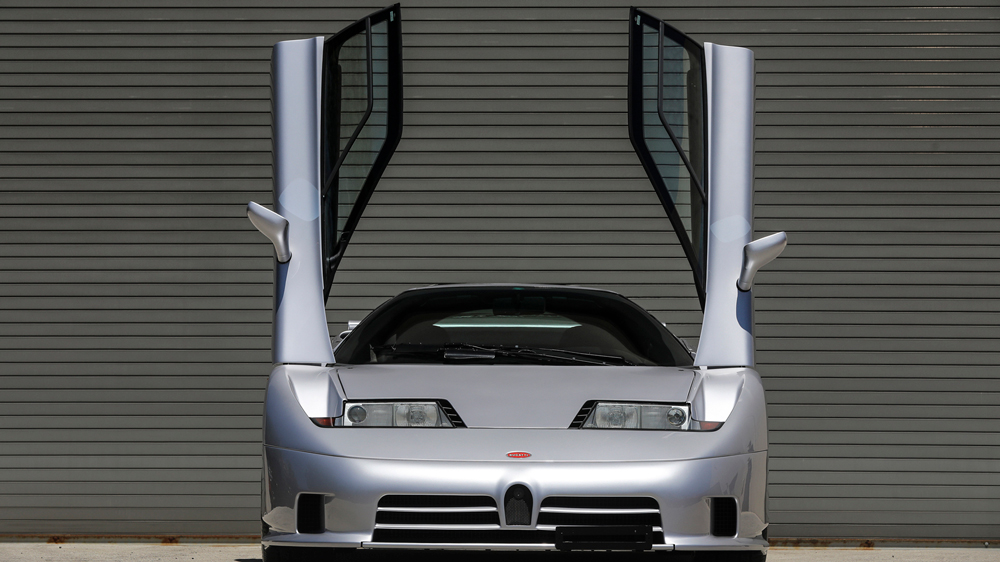 The all-wheel-drive supercar is able to cover zero to 60 mph in 3.26 seconds. Mathieu Heurtault, courtesy of Gooding & Company.

This example, finished in Grigio Chiaro Metallizato (Light Gray Metallic) with a black leather interior, will be offered by Gooding & Company at its Pebble Beach auction, running August 19 and 20. Originally, it was delivered to a German customer in 1994, then went to a Japanese collection and finally back to Switzerland in 2012. Twenty years later, it still shows a mere 991 kilometres (615.7 miles) from new. 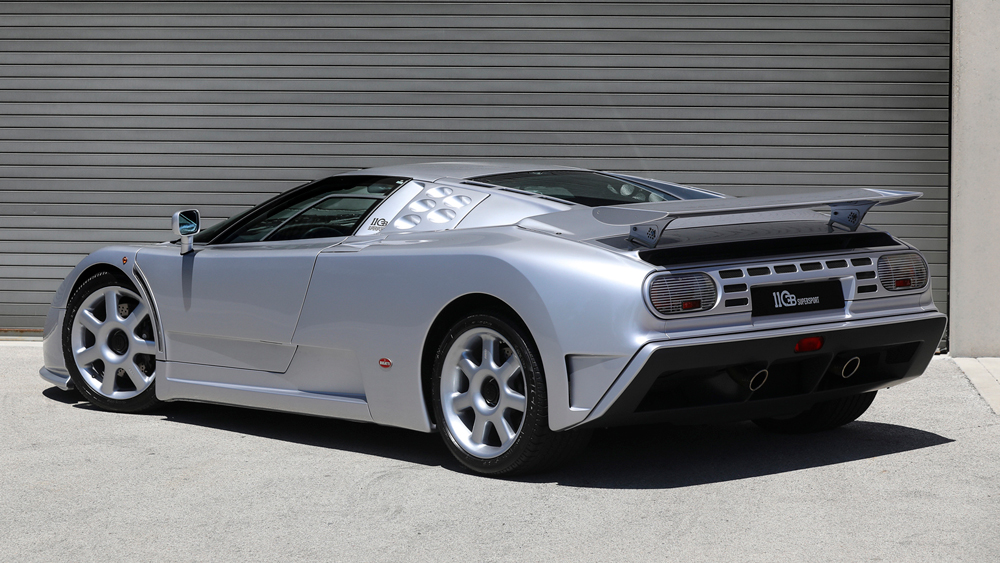 Serviced in 2019 by B. Engineering S.r.l. in Italy, it subsequently went to Motion Products for additional cosmetic fettling. Likely the finest and lowest-mileage EB110 Super Sport in existence, this silver bullet will take centre stage in any collection of analog-era supercars, and is estimated to fetch as much as $5.1 million.