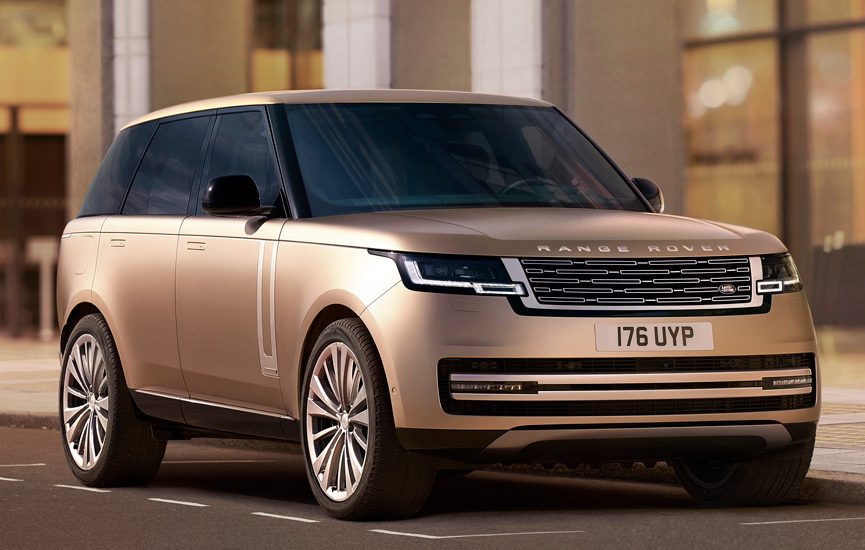 The fifth iteration of the famed 50-year-old model will begin deliveries in June 2022.

“What are the salient points of Range Rover DNA that we need to maintain? That was the question heading into this design process,” says Gerry McGovern, chief creative officer for Land Rover, in a conversation with Robb Report at an early viewing of the automaker’s newly revised Range Rover SUV—a model officially revealed today.

McGovern then proceeded to answer that very question. “Range Rover is defined by its presence and formality. How is that achieved? Well, it’s a continuous beltline, a falling roofline—with individual posts—and a certain amount of formality in the front. It’s the glass-to-body relationship. On the interior, it’s about maintaining the horizontal emphasis.” 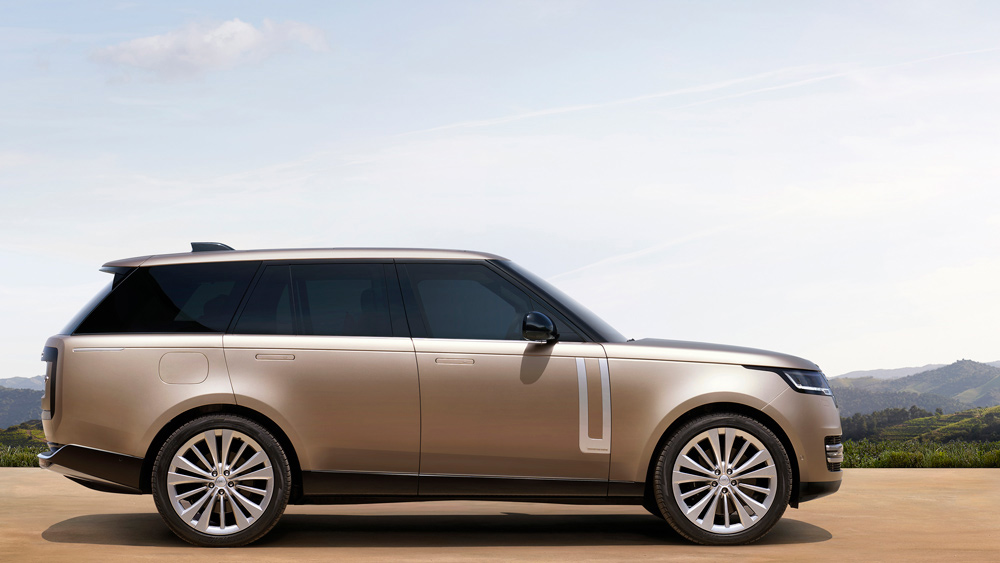 Yes, the redesigned Range Rover has just been announced, and the most striking design updates begin at the rear. Square has been substituted for slim: Gloss Black LED taillights in the form of vertical clusters are connected by a matching tailgate graphic, a bold aesthetic in what the brand is calling its “boat tail rear.” The split tailgate remains (a constant since 1970), as does the unbroken waistline, which allows the eye to relax into the rounded edges, where door meets glass and side meets posterior. 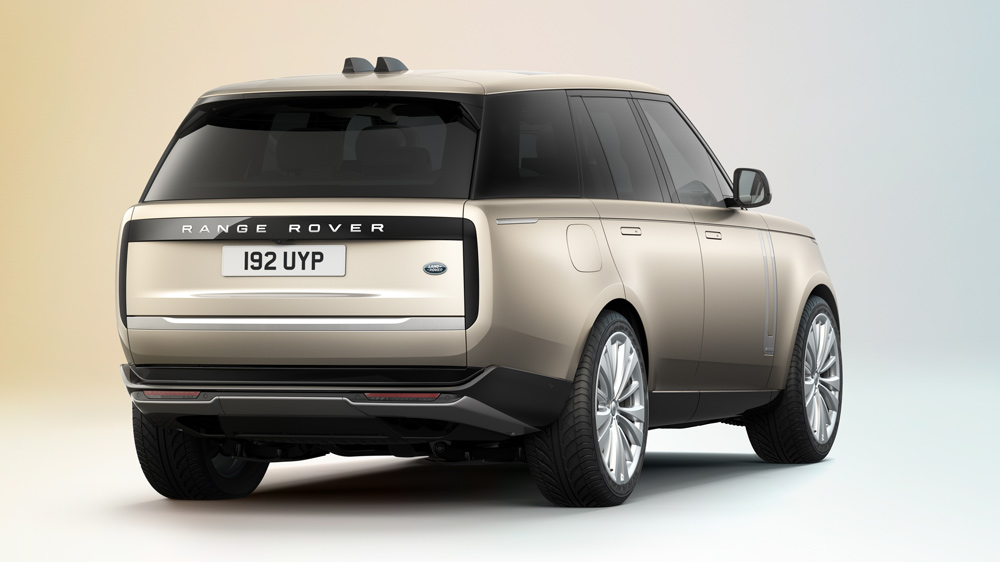 The 390kW, 4.4-litre twin-turbo V8 version is built on a mixed-metal Modular Longitudinal Architecture (MLA), which is up to 50 per cent stiffer than its predecessor. Photo: Courtesy of Jaguar Land Rover Automotive PLC.

The 323kW plug-in hybrid, with an electric range of up to 100km, won’t arrive until 2023, and the battery-electric option is slated for 2024. In the meantime, the 390kW, 4.4-litre twin-turbo V8 version proffers a mixed-metal Modular Longitudinal Architecture (MLA) which is up to 50 per cent stiffer and contributes to a 24 percent improvement in noise transmission.

For the first time in the history of Range Rover, an optional third row (with 34 inches of legroom) allows for up to seven adults in the long-wheelbase option, or as few as four occupants in the SV Signature Suite. And there’s nine trim levels, starting at $220,200. 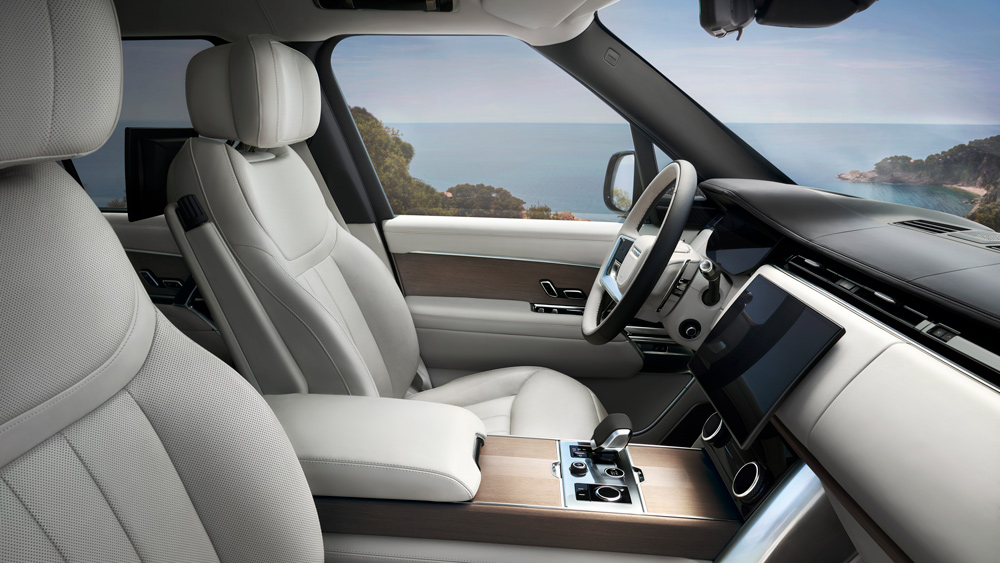 The 323kW plug-in hybrid won’t arrive until 2023, and the battery-electric option is slated for 2024. Photo: Courtesy of Jaguar Land Rover Automotive PLC.

The 1,600-watt Meridian Signature sound system boasts 35 main speakers, with an additional four speakers—one in each of the head rests—that also, as McGovern notes, “create individual quiet or noise-cancelling zones within the cabin.” Equipped with eight USB-C charging stations and Wi-Fi connectivity for up to eight devices, the new Range Rover also offers passengers at the back the option of the marque’s Rear Seat Entertainment system, which adds a duo of  11.4-inch HD touchscreens on the back of the first-row seats. 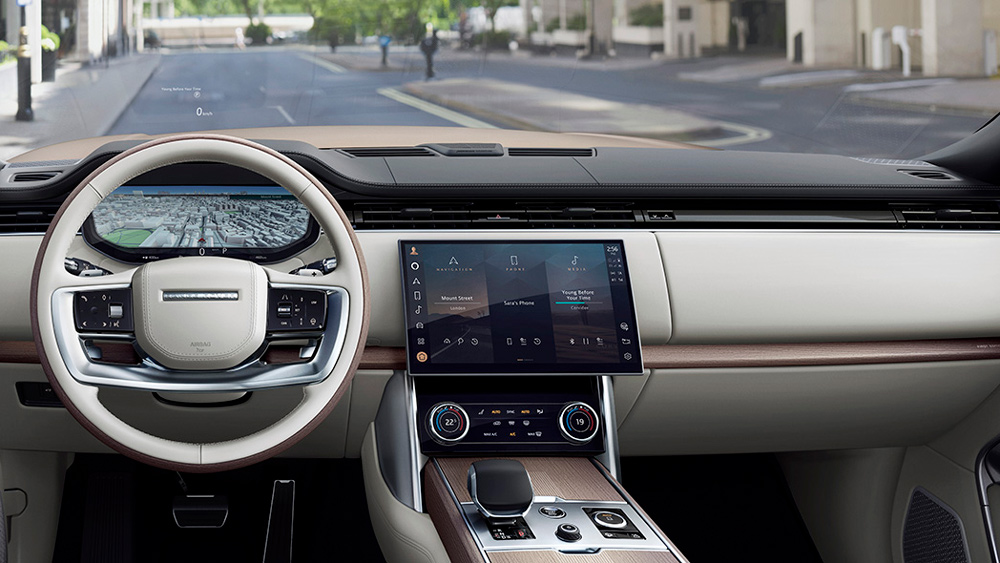 McGovern personalises the revisions to the new Range Rover for context: “What I’m wearing is probably no different from what we were wearing in the 1950s, but it’s evolved,” he mentions, driving the point home with regards to the next-gen Range Rover. “Putting in that modern twist is a great and necessary look, for fashion, for architecture, for automobiles.”

Order books for the 2022 Land Rover Range Rover open from tomorrow with prices starting from $220,200 plus ORC. Australian deliveries are scheduled to arrive in June 2022. landrover.com.au