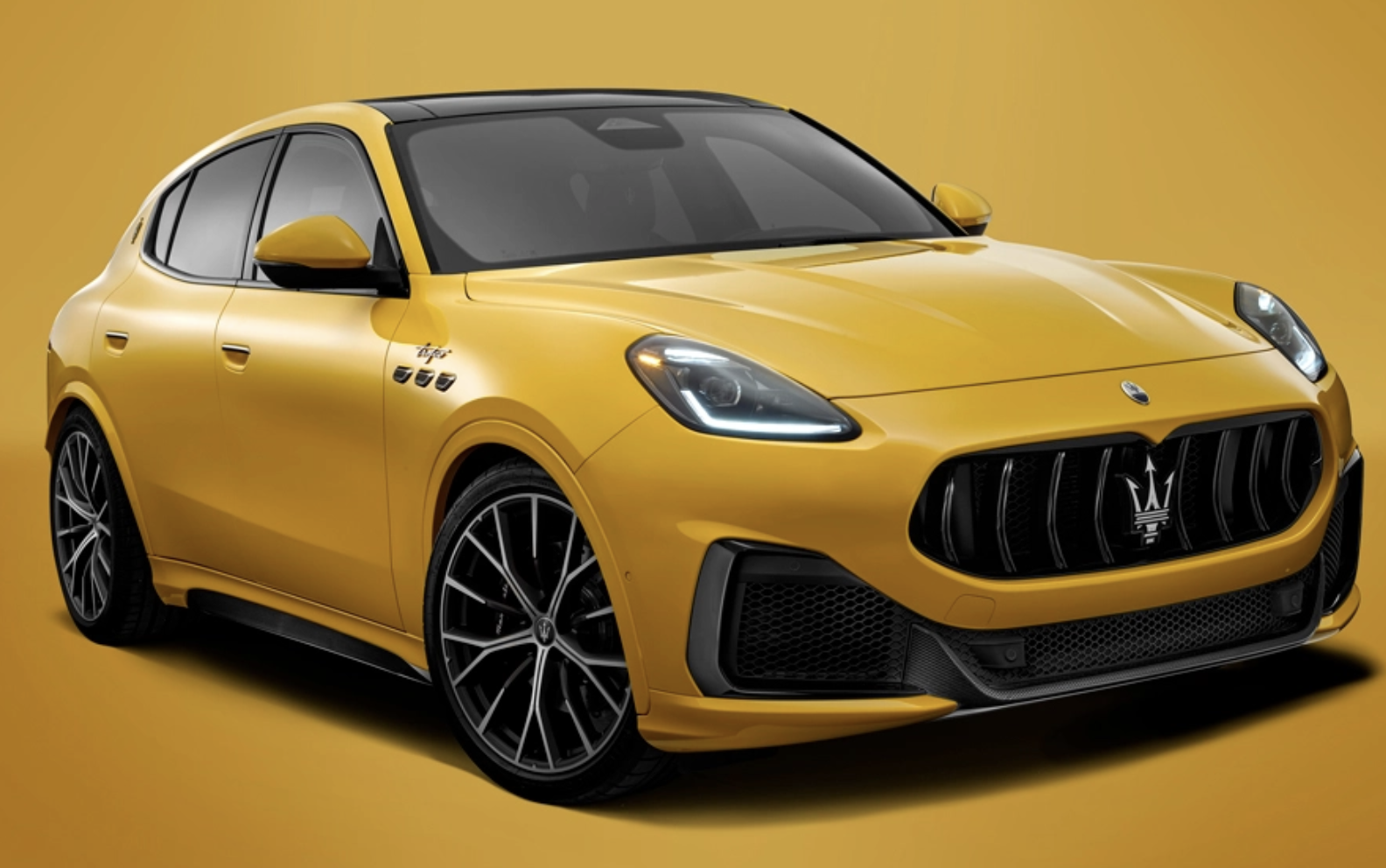 The new model brings a supercar engine to an ‘entry-level’ performance SUV.

While certain storied carmakers in Italy’s “Motor Valley” release increasingly limited-edition models, at times cresting seven figures, Maserati has, in recent years, gone more mainstream. Admittedly, its identity has taken a few hits in the process, as lower price points and a high volume of inventory have diluted the perception of the brand.

Now, with the relative safety net of automotive consortium Stellantis, the marque is trying to walk the proverbial high wire as it attempts to reclaim its once rarified stature with the introduction of its $438,000 MC20 supercar, while integrating elements derived from that engineering into a vehicle geared much further down market. The latter model,  is the 2023 Maserati Grecale—a compact, mid-size SUV developed to compete with Germany’s heavy hitters in the segment. 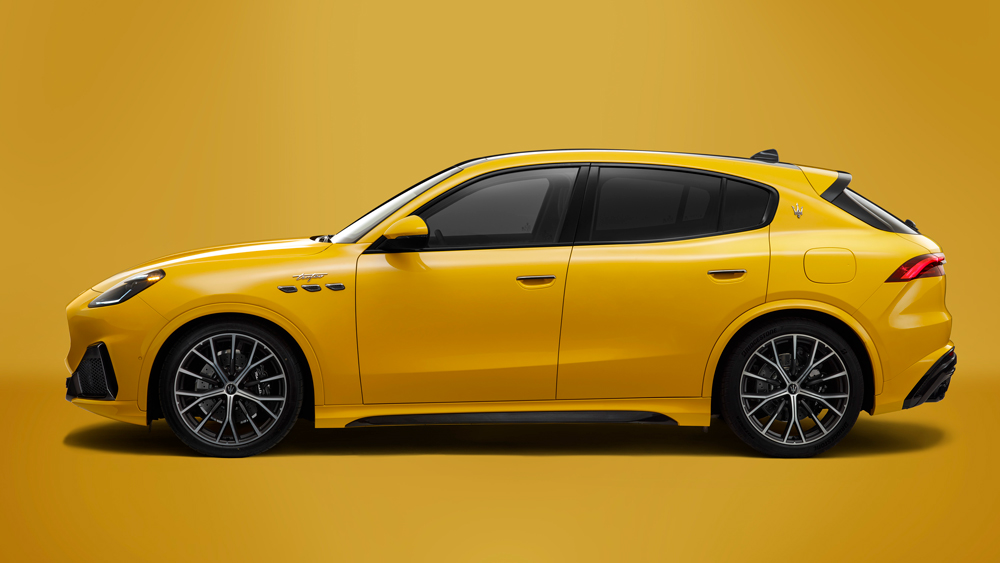 Robb Report asked Bill Peffer, Maserati’s CEO of North America, how the new entry-level Grecale bolsters cachet. “Following mass market, the luxury space has gravitated towards SUVs, and we’ve had a very good offering [the Levante] since 2017,” says Peffer. “However, we’ve only had one. So, versus our primary competition, we don’t get on the consideration list as often as we’d like. Most of our competitors that do have more than one in their lineup. [The Grecale] actually helps legitimise Maserati further as a choice for performance luxury SUV.”

A primary factor in that drive for legitimacy is the incorporation of a detuned variation of the MC20’s 3.0-litre twin-turbo Nettuno V-6 engine on the Grecale’s top-tier Trofeo variant. The power plant includes the same Formula 1–derived twin-spark-plug, pre-chamber combustion system in the supercar’s six-cylinder heart, an innovation that, according to Peffer, “allows massive power from a relatively small displacement.” But rather than the MC20’s 470kW output, the Grecale Trofeo makes 390kW and just over 620Nm of torque. Also on hand are an adaptive air suspension, an electronic limited-slip differential and Brembo brakes that bring the SUV from 100km/ to a full stop in less than 40-metre. 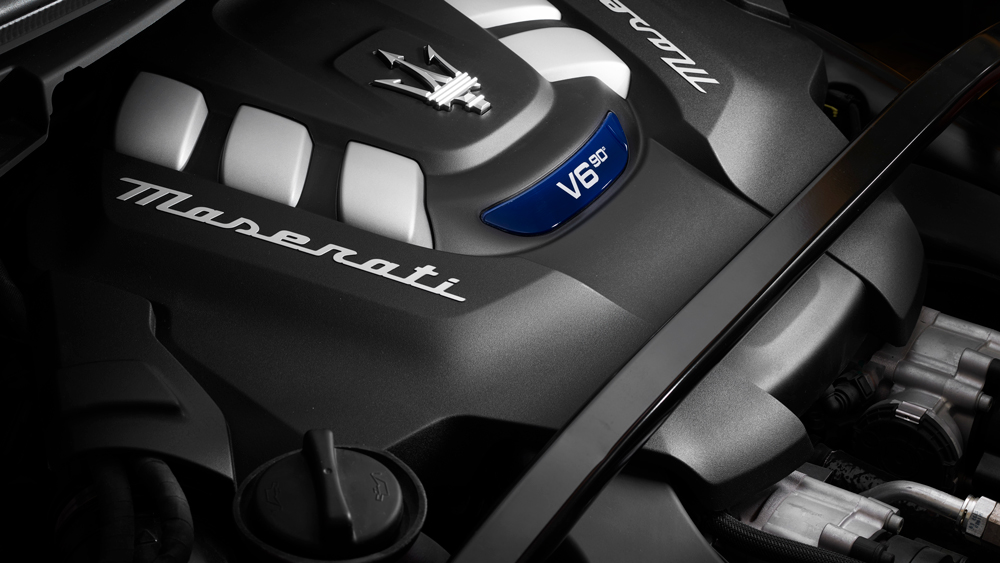 Tying in the Nettuno derivative was key if the Grecale was to have any real gravitas. “As you know, in the past, a lot of our power plants have been sourced from Ferrari,” states Peffer. “The one in the MC20 is Maserati designed, Maserati built and exclusive to Maserati. This doesn’t get shared anywhere else.

The same, however, can’t be said for all aspects of the Grecale, as the architectural platform is being shared within Stellantis. And although Peffer would not give specifics as to which had the same bones, he didn’t deny a guess from an attendee that the Alfa Romeo Stelvio was one such sibling, but did stress how they are entirely different offerings. 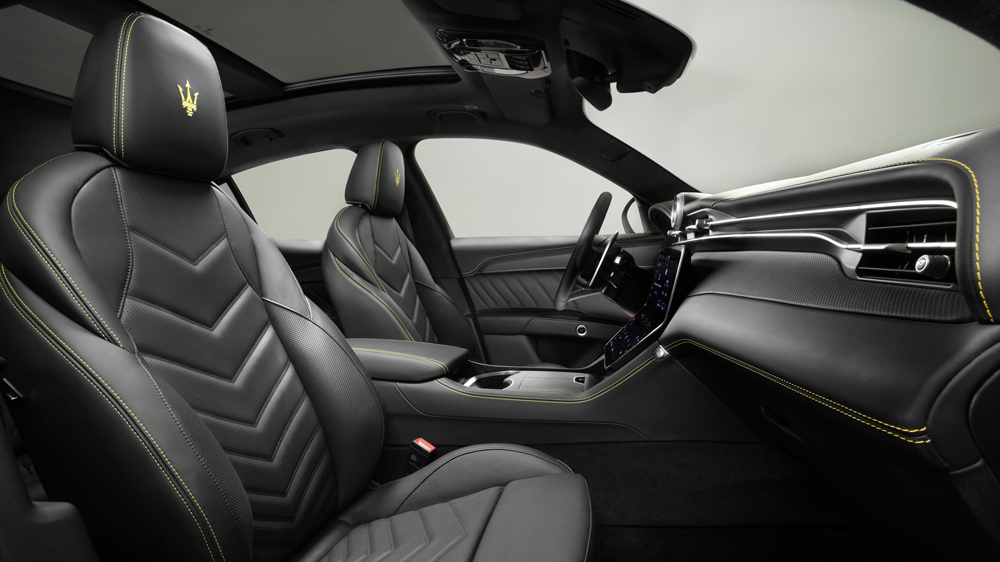 The Grecale, fit with an eight-speed transmission, will also be available in two trim packages positioned under the Trofeo. These comprise the base model Grecale GT and the mid-level Grecale Modena, with mild-hybrid four-cylinder power trains delivering 220kW and 242kW, respectively, along with nearly 450Nm of torque. And while the engines are not all based on the Nettuno, each Grecale variant shares the same styling cues from the MC20, including the grille and headlamps, as well as taillights that pay homage to the Giorgetto Giugiaro–designed Maserati 3200 GT, circa 1998. 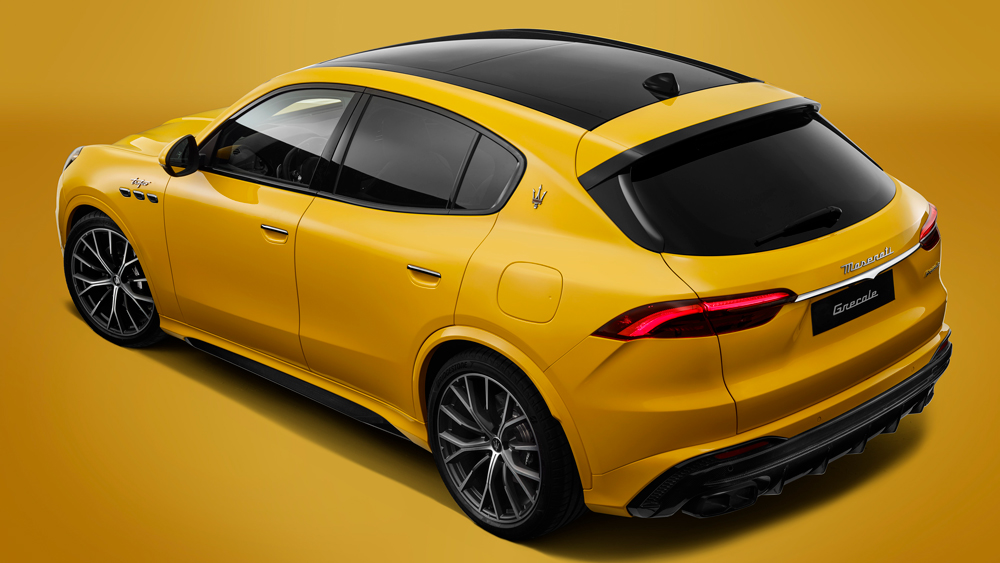 The Grecale Trofeo with 21-inch wheels and a dual-paned panoramic sunroof. Photo: Courtesy of Maserati S.p.A.

The three Grecale options also come with the same four drive modes: Comfort, GT, Sport and Off-Road, but the Trofeo adds Corsa (Race) mode to the mix. Obviously, with different power-train configurations, claimed performance metrics differ. The Trofeo, Modena and GT are said to cover zero to 100km/h in 3.6 seconds, 5.0 seconds and 5.3 seconds, respectively, while top speed for the Trofeo is 284km/h compared to 240km/h for the others.

Standout features inside the cabin include a 14-speaker Sonus faber sound system, with the Italian audio specialist’s 21-speaker, 1,000-watt setup as another option. Also of note is the Maserati Intelligent Assistant (MIA) infotainment system and a 12.3-inch display, the biggest from the brand to date, paired with an 8.8-inch control screen. The MIA platform has voice-command capability and is similar to its German counterpart “Hey, Mercedes,” except for the slight change in command to—wait for it—“Hey, Maserati.” Also part of the improved user interface will be a wearable key, likened to a timepiece in aesthetic. 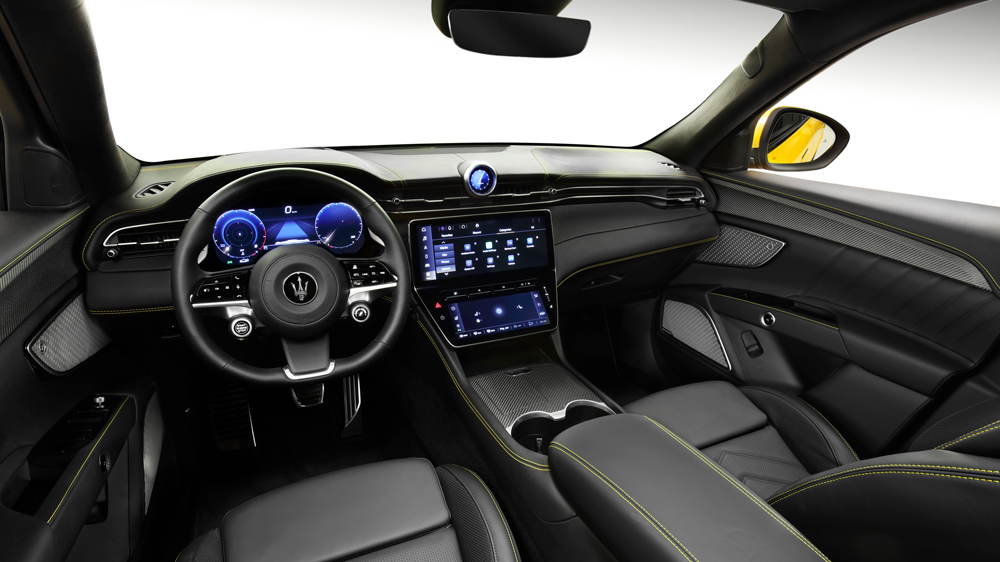 Taking centre stage inside is the combination of a 12.3-inch infotainment display, the biggest Maserati has ever offered, set above an 8.8-inch control screen. Photo: Courtesy of Maserati S.p.A.

With the Grecale SUV and MC20 supercar side by side during the in-person preview, both ends of Maserati’s tightrope were represented. Successfully treading between the two, while capitalising on the market share each represent, will be a high-stakes feat to be sure.

Australians can expect deliveries of the 2023 Maserati Grecale in late 2022 or early 2023, with the petrol-powered range the first to arrive.\