Lovers of Land Rover’s rugged, mud-plugging Defender are still reeling at parent company Jaguar Land Rover’s 2015 decision to stop making this iconic 4×4 after 67 years, despite the fact that a new iteration has since been put in production. One person rankled more than most was British billionaire and lifelong Land Rover fan, Sir Jim Ratcliffe, head of the UK-based INEOS Group and its expansive portfolio that includes the world’s third-biggest chemical company. In fact, the group’s name is an acronym for Inspec Ethylene Oxide Specialties.

Ratcliffe had offered to buy the old Defender tooling with a view to continuing production, but when Jaguar Land Rover politely declined, he decided to build his own. To that end, he created INEOS Automotive, acquired a former Mercedes-Benz plant in France for manufacturing and has since been designing and developing an all-new take on the old Defender. 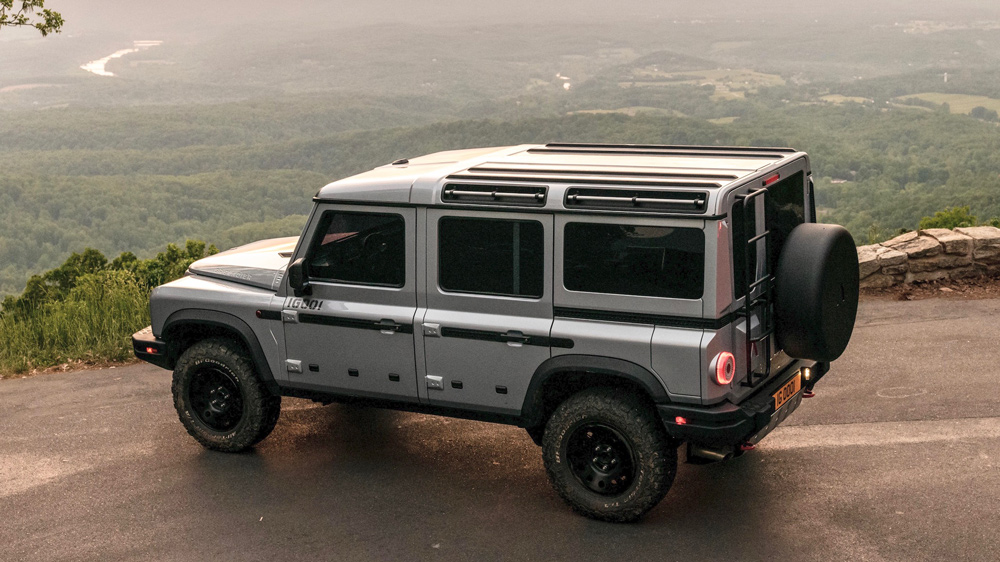 Enter the INEOS Grenadier, named in part after the historic pub in London’s Belgravia close to INEOS global headquarters where, no doubt after a few pints, Ratcliffe came up with the idea of building his own Defender-inspired off-roader.

“Why is INEOS building a 4×4? Most of it is down to the determination and will of Jim Ratcliffe and his love of the outdoors, his love of off-roading and not loving the fact that what he wanted to buy didn’t exist anymore,” notes Greg Clark, INEOS Automotive’s newly appointed executive vice president for the Americas, in a conversation with Robb Report.

“Grenadier has been designed with a singular purpose, and that’s to be capable. Our mantra is ‘Built on Purpose,’ mentions Clark, whose career includes stints at Mercedes-AMG and, more recently, at Jaguar Land Rover.

As for the Grenadier’s capability, it’ll feature rugged body-on-frame construction, coil-sprung live axles front and rear and a BMW-sourced 3.0-litre turbocharged straight-six gas engine mated to an eight-speed automatic transmission And while there are also no battery-electric Grenadiers on the horizon, INEOS is working on a hydrogen-powered version.

One major plus to the Grenadier’s capability is the fact that much of its development work has been done by Magna Steyr, which builds the go-anywhere Mercedes-Benz G-Class at its plant in Graz, Austria. 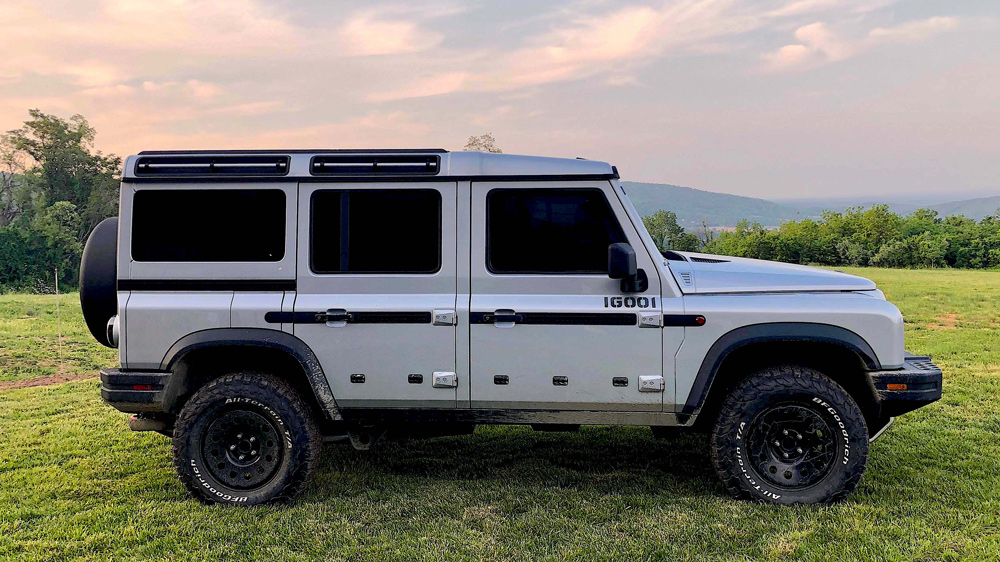 As far as size, the Grenadier is slightly shorter and slightly wider than the old long-wheelbase Defender wagon. Styling-wise, it’s pretty much a carbon copy of the old Defender 110, with its clamshell hood, flat-top fenders, rolled waistline, near-flat windshield and those trademark “alpine” windows in the roof.

Just-released images of the Grenadier’s interior show a simple, no-nonsense layout with rubber flooring and drain plugs for hose-it-down cleaning, water-resistant Recaro seats, a 12.3-inch infotainment touchscreen in the centre console and toggle switches in the roof. And to keep things simple—and ensure there are fewer things to go wrong—there’s even an old-school ignition key and over-sized knobs designed to be used while wearing gloves.

One fun feature is the twin horns, one of which is controlled by a big red button on the steering wheel that delivers a more gentle-sounding “toot” to warn cyclists. It’s a nod to Ratcliffe’s passionate involvement with cycling and his Tour de France–competing INEOS Grenadiers pro-cycling team. 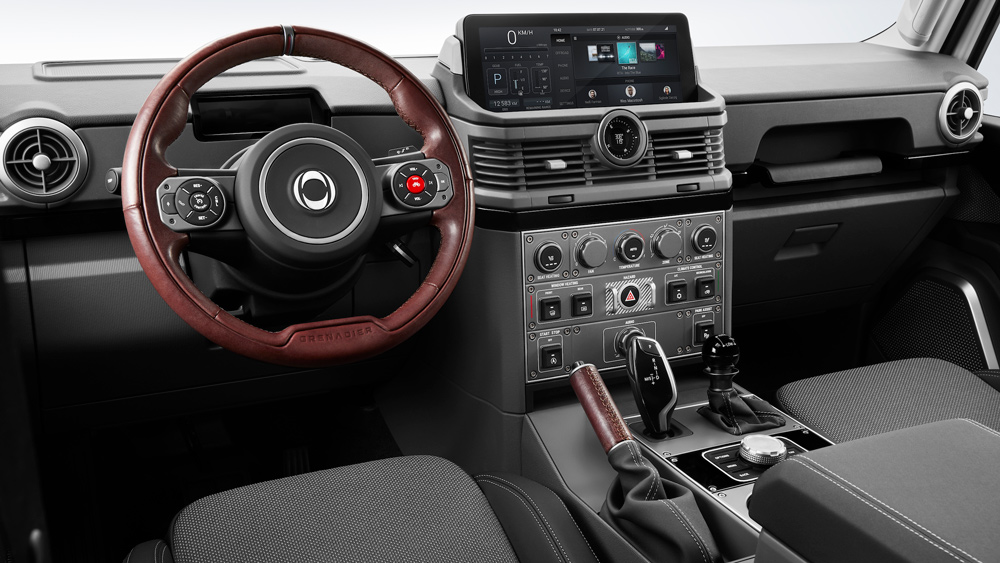 It was just announced that production was being delayed until next year, with the first vehicles unlikely to arrive until early 2023. According to Ineos, Australia is a key market.

Who’s going to buy it? “These are people who are really going to use the vehicle off-road, people who need that level of go-anywhere capability. It could be adventurers who want to take their kayaks or mountain bikes to remote spots, fishermen, hikers or hunters or anyone who simply wants to just go off the grid,” says Clark. 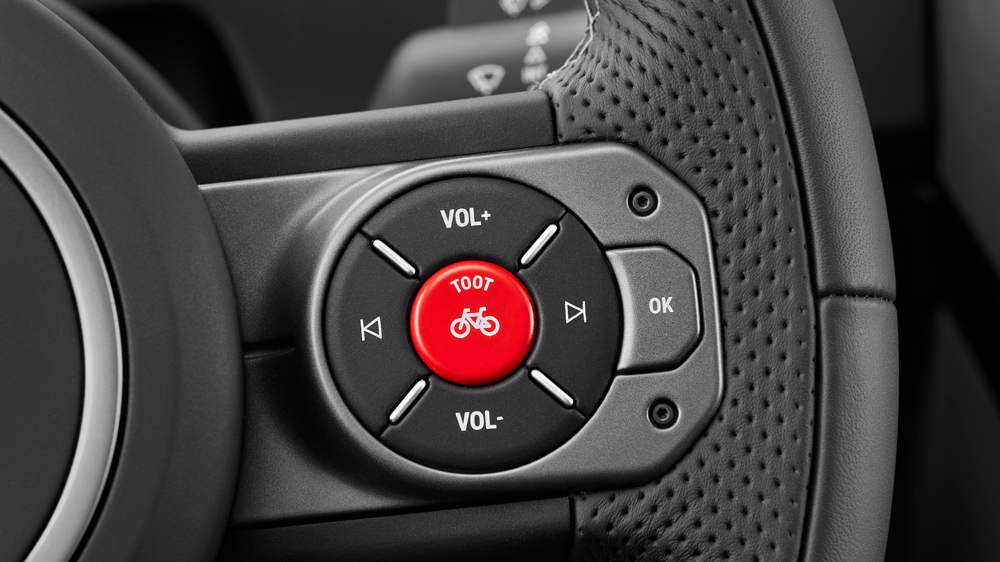 One of the twin horns is specifically to warn cyclists with a more genteel alert. Photo: Courtesy of INEOS Automotive.

With a 3500kg towing capacity, the Grenadier will also have the muscle to haul a boat, jet ski, camper or horse trailer. And with a roof beefed-up to carry a 340kg load, it can accommodate a rooftop tent big enough for two or three adults.

How serious a venture is INEOS Automotive and the new Grenadier? Clark says it is definitely not a “hobby” project for Jim Ratcliffe and adds: “Grenadier will fill an important niche in the market. Sir Jim is passionate about creating the most capable 4×4 out there and certainly has the financial means to make it happen.”