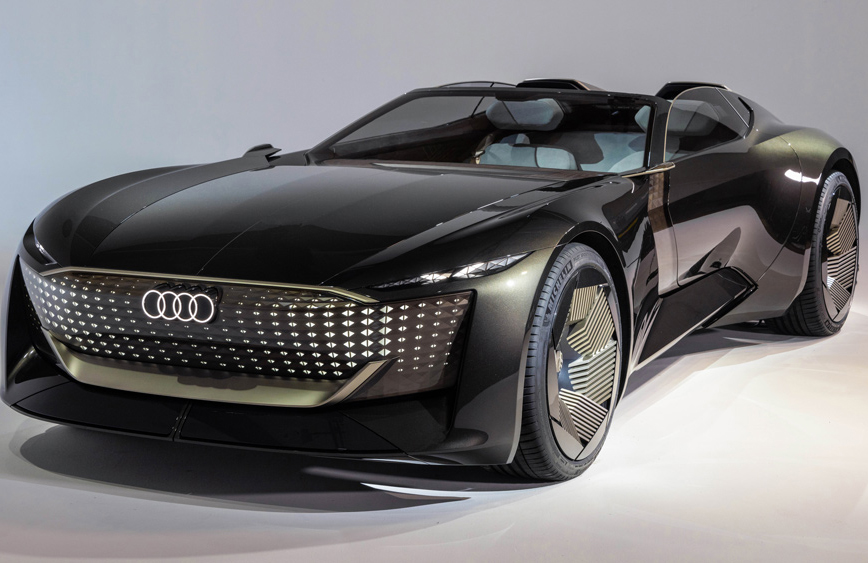 The marque’s vision of an all-electric autonomous vehicle morphs from roadster to grand tourer.

Audi‘s first in a trio of electric autonomous concept cars, signifying the marque’s future direction, will greet the public as part of Monterey Car Week. The Skysphere is a sporty roadster that, with the push of a button, physically stretches into a grand touring car that drives itself while passengers relax—at least in theory.

“The experience we wanted to recreate with Skysphere is grand touring” says designer Gael Buzyn, head of Audi’s new design studio in Malibu, Calif. “In the 1930s, there was a leap in technology that made cars more comfortable and easier to use. Today we are also coming into a new era of driving, also driven by technology, so we tried to project that into the future and look at how we could elevate that experience to a new level. We did this by creating two driving modes with two distinct personalities.” 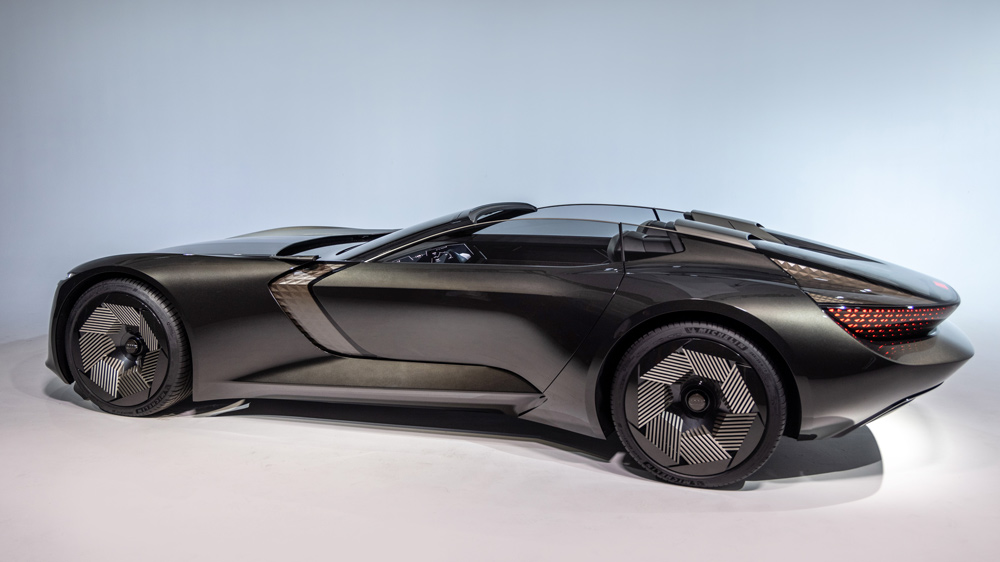 The Skysphere features classic proportions with a long dash-to-axle, short overhangs, huge wheels and elegant lines. But it’s also thoroughly modern, with a new interpretation of Audi’s single-frame grille that doubles as a lighting signature, communicating the drive mode as well as the charging status of the car.

Intricate textures and patterns can be found throughout the vehicle, including the 3-D-printed daytime running lamps and tail lamps. Side-view mirrors are replaced by cameras and, in the rear where an engine might normally be, a clear hatch showcases custom-made luggage that nestles perfectly into the Skysphere’s sleek, shooting-brake-style trunk. 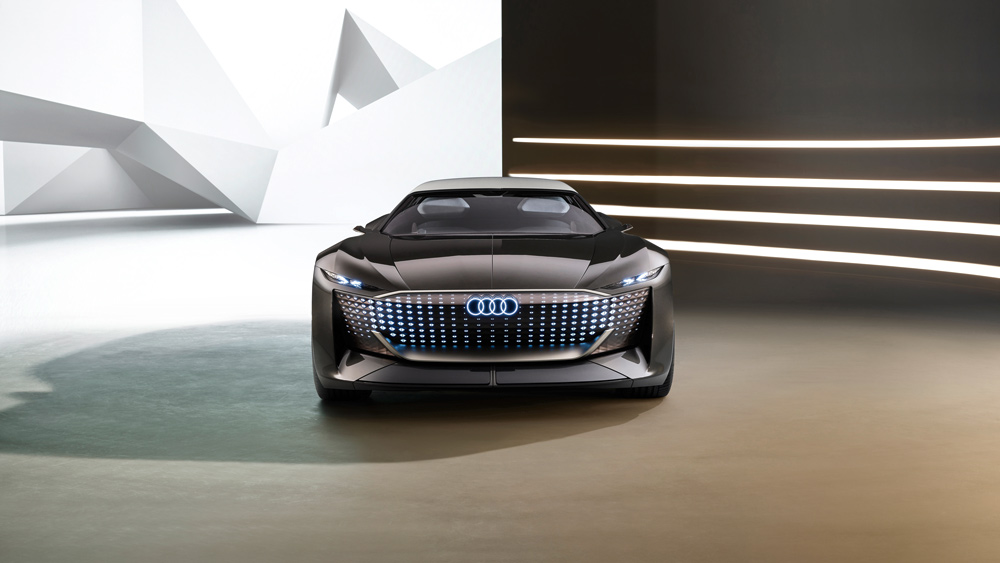 The Skysphere presents a new interpretation of Audi’s single-frame grille that doubles as a lighting signature. Photo: Courtesy of Audi AG.

Buzyn says the Skysphere was inspired by the Horch 850 roadster and the shorter-wheelbase 853 model—an example of which won best of show at the Pebble Beach Concours d’Elegance in 2009. “We came up with the idea for two sizes very early on. I love driving, so wanted to make a car that I’d love to drive but at the same time meets the requirements of level 4 (autonomy).”

The cabin itself also reconfigures based on driving mode: In autonomous touring mode, driver and passenger sit side-by-side while the large display screens show art or other entertainment. In sport mode, a steering wheel emerges from under the dash, the driver’s-side screen moves forward and the driver seat is positioned slightly ahead of the passenger for better command of the road. In addition, art-deco elements that pay homage to the Horch can be found within the cabin as well as on the wheel design. 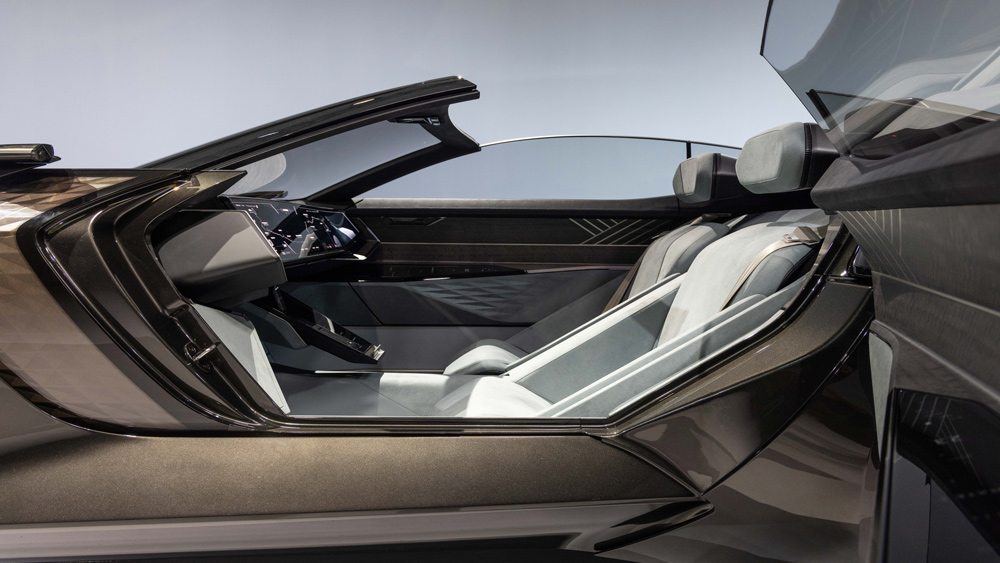 The cabin reconfigures based on the driving mode selected. Photo: Courtesy of Audi AG.

Notably, the entire Skysphere was designed digitally in Audi’s Malibu studio, without the milling of clay models traditionally used during the development process. Designers “met” in virtual reality to review and refine the design, which took only six months to complete. (In the past, developing and building a concept car could take years.) The physical model was fabricated in Germany over the span of two months, then sent to California ahead of its public debut. 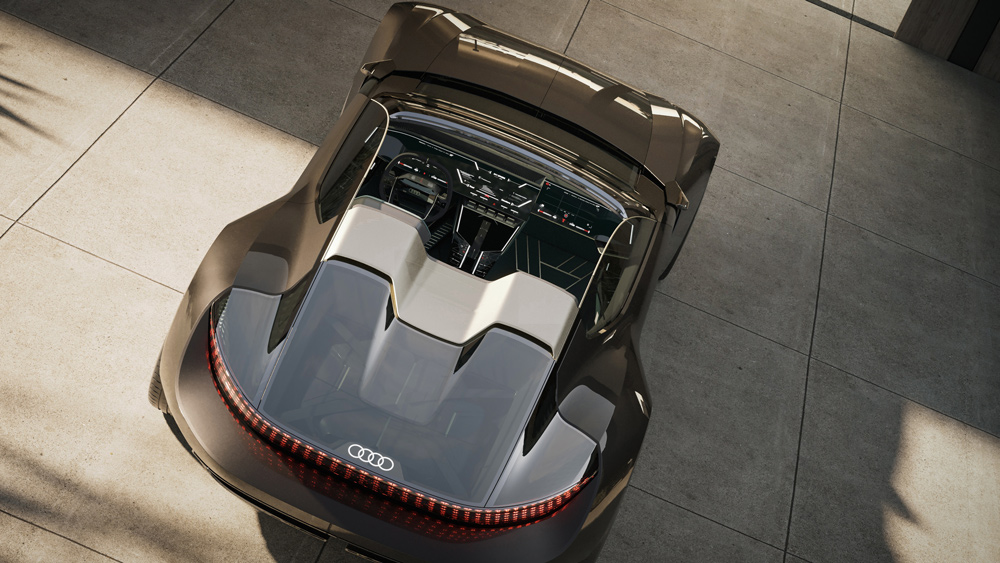 Audi’s Skysphere and subsequent concepts come at a time when the marque, along with much of the automotive industry, is shifting to electric power-train configurations and continuing to advance toward self-driving vehicles. Late last year, Audi—owned by Volkswagen Group—announced it would invest $12 billion in electrification and, more recently, said it would stop development of new combustion engines by 2026. 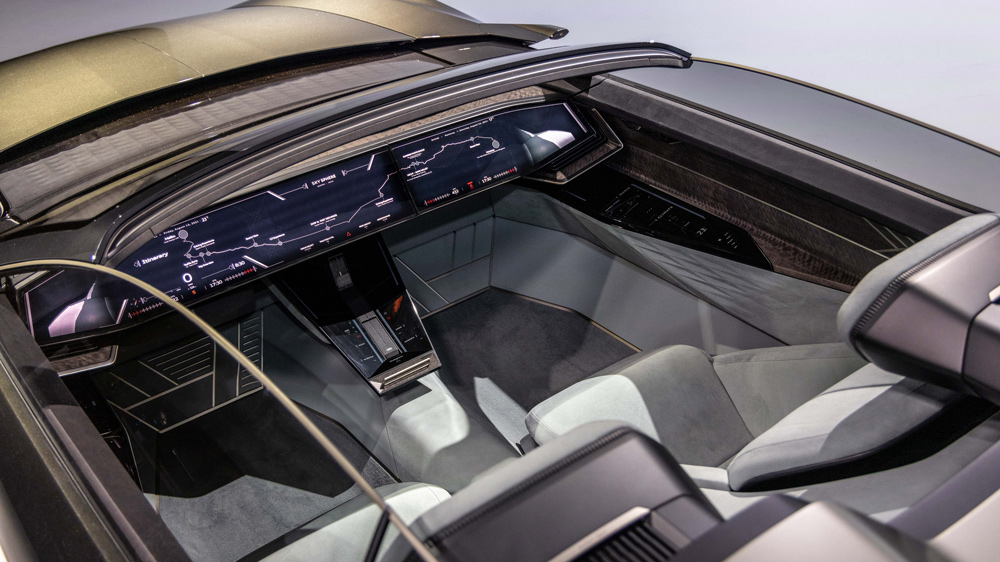 Yet the brand that turns out motorsport-bred performance models like the V-10-powered R8 and RS Q8 isn’t looking to reduce the thrill-level of its cars to that of automated rolling toasters. Instead, it’s showing a new vision for an electrified future where, even though machines can drive themselves, enthusiasts can still grab a steering wheel and take control of the open road. 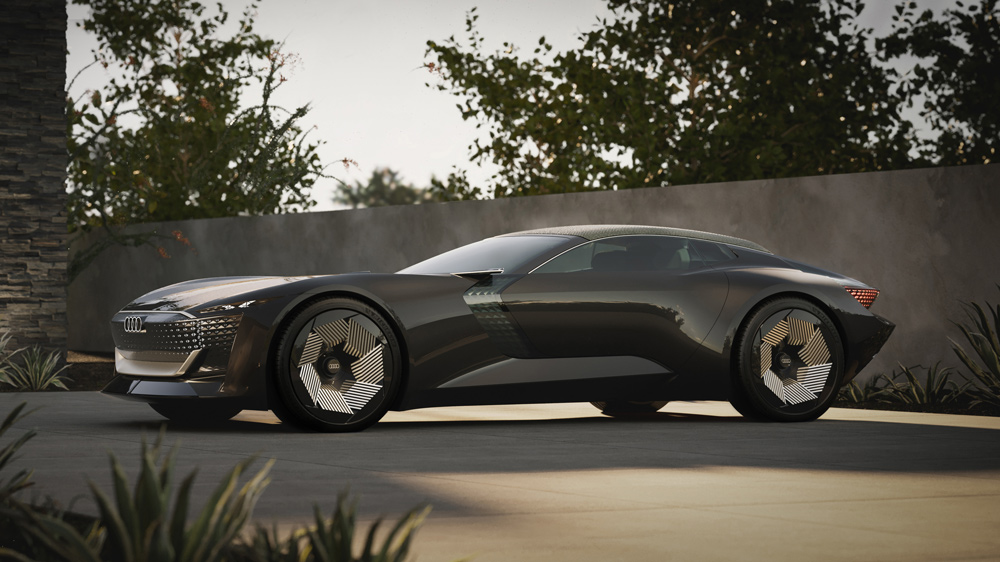 “The car [Skysphere] is a perfect fit in our strategy from VW group because we think both new and current customers will be reminded about an experience that has been forgotten, a glamorous experience about using the automobile,” Buzyn says. “I hope this will resonate with a lot of people.”

The Audi Skysphere concept will appear at the Quail, a Motorsports Gathering on August 13 in Carmel Valley, and will next grace the Concept Lawn at the Pebble Beach Concours d’Elegance on August 15.