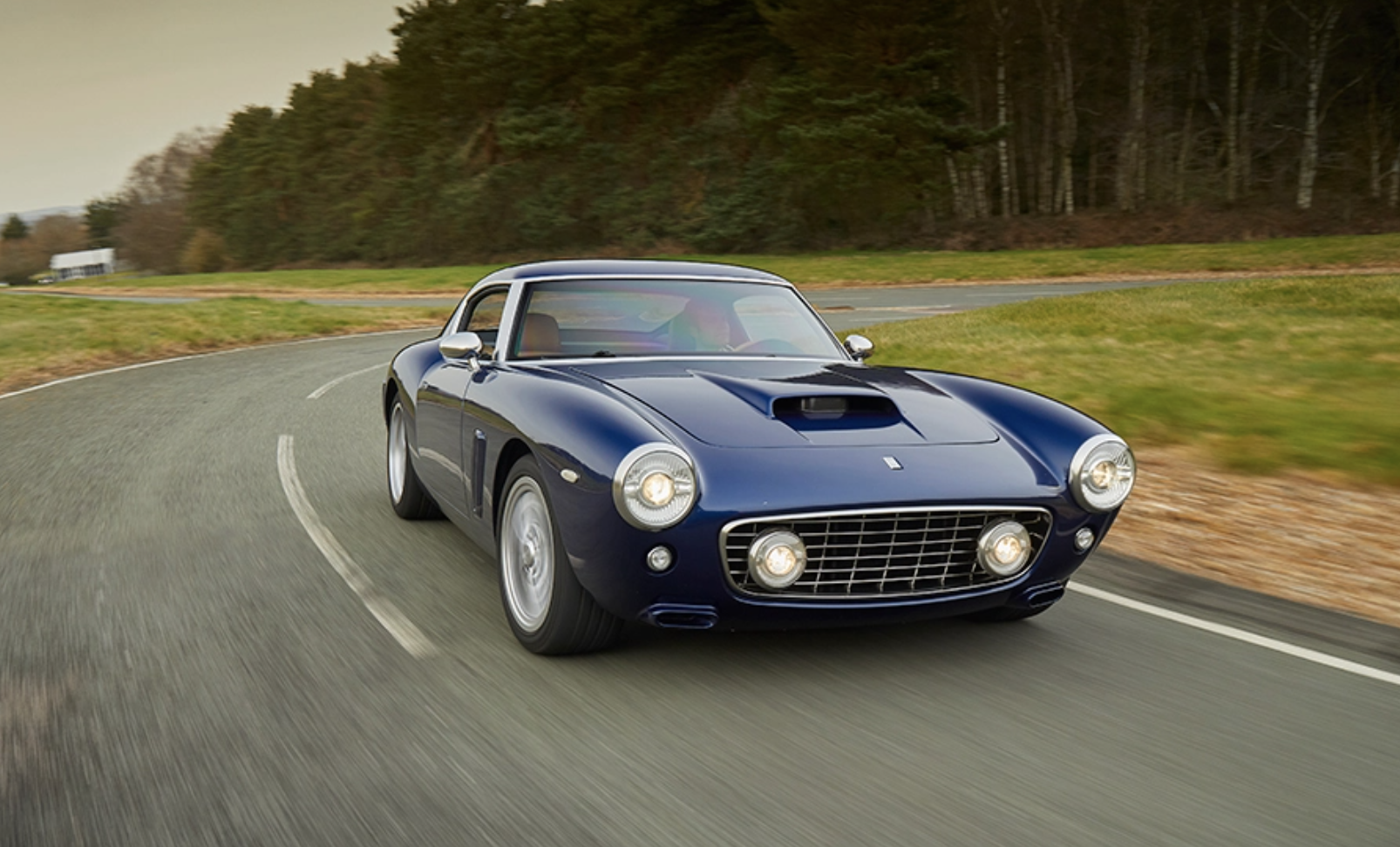 Only 30 examples will be made of the two-door coupe built from a Ferrari 550 Maranello.

Is it a modern supercar with soul or a classic without the compromises? However you define the RML Short Wheelbase, this $2.3 million GT is a unique proposition. Based in Britain, the RML Group typically specialises in “white label” work, developing and assembling low-volume performance cars that will ultimately be branded by others.

Most projects are cloaked in secrecy, but acknowledged progeny include the Saleen S7 and the road-legal Aston Martin Vulcan. Nearly 40 years after pro racer Ray Mallock founded the company, its new Short Wheelbase is the first car to wear an RML badge.

“This began as a hypercar project,” explains Ray’s son, Michael Mallock, RML’s CEO. “That would have been easier, frankly, given all our motorsport experience. But hypercars are too fast to enjoy on the road. The Short Wheelbase is exactly the kind of car I wanted to drive.” 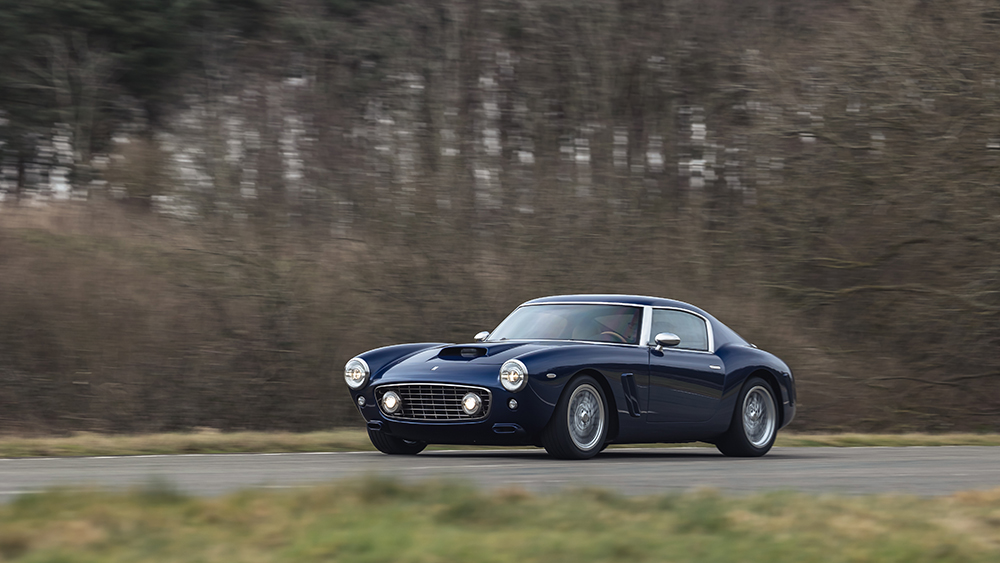 The RML Short Wheelbase on the road. David Shepherd

Its sumptuous curves are inspired by the revered Ferrari 250 GT Berlinetta Short Wheelbase (SWB) introduced in 1959, although the footprint on RML’s version is about 14 per cent larger. “I can’t fit inside a real SWB,” says the younger Mallock, who stands at six feet, four inches. “This was packaged around me wearing a crash helmet.”

RML starts with an example of the Ferrari 550 Maranello, produced between 1996 and 2001, adding carbon-composite skin to house the donor’s fully rebuilt 5.5-litre naturally aspirated V-12 and manual transmission. The power train’s 361kW, combined with the vehicle’s estimated 1673kg curb weight, allows the car to accelerate from zero to 100km/h in an estimated 4.1 seconds. Only 30 examples will be made, and each retains the identity of its original 550, for registration purposes.

Ahead of the car’s first deliveries in the spring, I join the RML team for final shakedown tests with a near-production prototype at Millbrook, an ex-GM proving ground in southern England. After 10 weeks of intensive testing designed to replicate four years of typical use, the car bears a few battle scars, but its paint remains lustrous and the panel gaps are perfect. Likewise, while the interior is missing a few parts, the billet-aluminium switches and wall-to-wall Alcantara make for a wonderfully tactile cockpit. 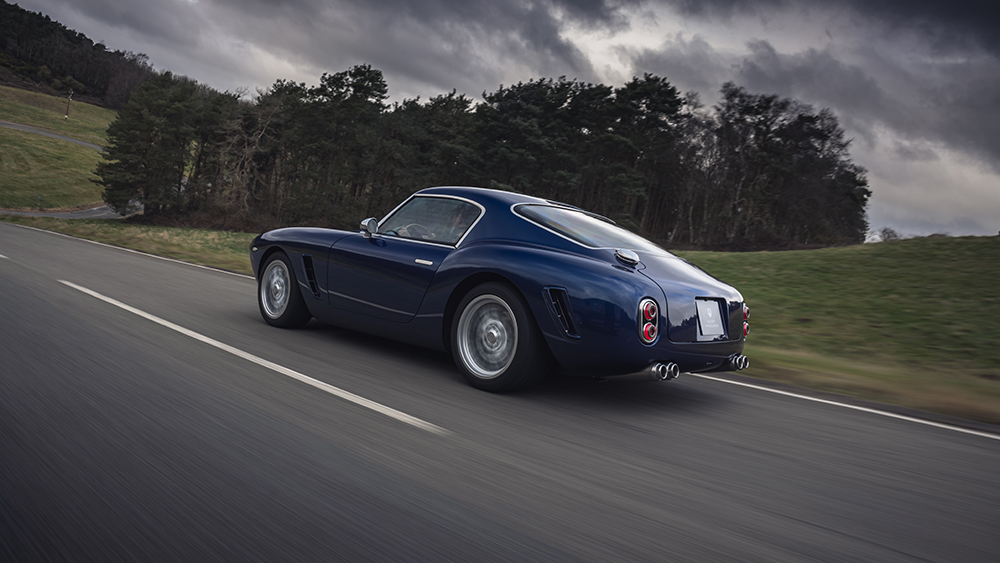 A rear-view look at the two-door coupe. David Shepherd

Exhaling through four upswept tailpipes, the V-12 emits a soundtrack that ranges from thunderous rumble to operatic howl. Throttle response is satisfyingly linear, and the gear lever clack-clacks across the open gate in trad Ferrari style. Clearly, the Short Wheelbase has lower limits than a 21st-century supercar, but the payoff is a pliant ride, more involvement at moderate—read: legal—speeds and decent luggage space.